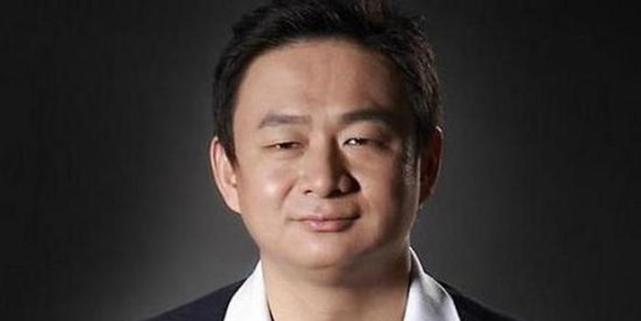 Zhou Yahui, who is not confused, is determined to start a second venture. On June 29, Kunlun Wanwei announced that Zhou Yahui had resigned as the general manager of the company and retained the position of chairman because he planned to serve as the CEO of the participating company Opera. According to the GEM's regulations on the independence of the company, Zhou Yahui must choose one.

Three days later, Kunlun Wanwei announced that it announced that the participating company Opera is going to be listed in the US. In the past three years, Kunlun Wanwei has invested in more than 20 projects, of which the fun store and Yingke have been listed. As the third Opera, the status is obviously different. “Opera has never been defined as an investment. The internal has been treated twice. Start a business. ” A person familiar with Zhou Yahui said.

Zhou Yahui said in an interview with Securities Daily that a company with a market value of about 10 billion US dollars should come from seven fields, and these businesses have become saturated in China, “African, South Asia, Southeast Asia, etc.” Although the region is poor, the population base is huge and there is room for development. ”

It's hard to imagine that Zhou Yahui, who once said to the team that said that the "valuation" has tripled in one month, will also say "have the patience to prepare for the long-term battle. If you want to If the business is in the mainstream market, you can't think of speculation. ”

The war of the browser is far from over

According to the Kunlun Wanwei announcement, Opera Limited filed a listing application with the US Securities and Exchange Commission on June 29, 2018 (US time). The company holds 48% of its shares and is the largest shareholder. Zhou Yahui, the company's chairman and actual controller, holds 19.5% of the shares. Zhou Yahui controls 67.5% of Opera's shares in total, and is the actual controller.

In 2016, Chinese consortia including Kunlun Wanwei and 360 issued a $1.2 billion privatization offer to Norwegian browser Opera. After all parties' games, a $600 million acquisition agreement was finally reached. The underlying assets include Opera's desktop browser, mobile browser, mobile privacy and security business related assets, employees and so on.

After the privatization of Opera, Kunlun Wanwei sold the advertising business back to the original shareholders. This part of the original profit was about 100 million US dollars a year. At that time, there were still doubts about the voice, because the sold part was profitable, leaving Lost. For this question, "Securities Daily" contacted Kunlun Wanwei in the first time. Zhou Yahui said firmly at that time: "Because two points: the first user is the core value; the second company should be simple, not too complicated. ”

Many people think that the browser war is over, but Zhou Yahui thinks this is an illusion. A year ago, Zhou Yahui set a goal for Opera: "In the battle for browsers, only Chrome's data is rising, including Firefox, IE, etc., and UC's main market is in China. Because Chrome is the default browser, the market share is 60%-80%, about 20% of users will choose a third-party browser, and Opera's goal should be 40%-50% of this 20%, which is 8%-10% of the global market share. Prior to this, Opera's global market data was about 6%-8%. Don't underestimate this market. There are about 4 billion people in the world using browsers. This is a huge base, and the number of browser users is very stable, and it won't be ups and downs, so it has the condition of super user entry. ”

Zhou Yahui is going to Africa to open up

Zhou Yahui’s ambitions for the Internet are not limited to browsers. After the Chinese consortium took over, Opera's organizational structure has changed greatly. The current management team consists of 6 engineers, all of whom are engineers except CFO. Zhou Yahui tries to integrate the spirit of product innovation into the team culture. It is understood that Opera currently has about 400 basic engineers, half of whom are in Poland and the remaining half are in Beijing.

In 2017, the company set up an artificial intelligence team in Beijing, led by Microsoft veterans Sun Feng and Hu Rui, focusing on the Opera browser.

In January 2017, Opera launched the Opera News service for the first time, distributing content based on artificial intelligence and recommending news and short videos. In January 2018, Opera launched the standalone app Opera News app. From the first quarter of last year to the first quarter of this year, the monthly activity of Opera News increased from 9 million to 90 million, an increase of 891% year-on-year, showing an explosive situation. Zhou Yahui once predicted that this figure could reach 30 million by the end of 2018.

Opera has evolved from a single browser to a content distribution platform. In Zhou Yahui's view, in the Internet model, only the social, news, video, music, e-commerce, logistics, and payment sectors have profitable space, and doing business should take root in this context. After evaluation by his team, these seven fields have become saturated in the US and China markets and can only go to regions such as Africa.

As of the first quarter of 2018, Opera's monthly livelihood is about 320 million, of which about 100 million users in Africa and South Asia, followed by Southeast Asia and Europe.

It must be emphasized that most countries in Africa are in an underdeveloped economy. Entering these countries is optimistic about the incremental space in the next 10 years and 20 years. Some insiders believe that if you use artificial intelligence systems to do Africa and South Asia, Southeast Asia, even the server money can not be recovered, because their ARPU (average revenue per user) is too low, the money is not enough to the server, so can not Take China's spending money to buy the user's play to play, to be practical, low-cost opening can go in the long run.

From the perspective of the prospectus, the Opera browser has launched news, video, music, and social networks, and will continue to enter payment, consumer finance, and e-commerce. The reporter found that the social features embedded in Opera are mainly socializing strangers, thereby increasing user stickiness.

Before Kunlun Wanwei went public, Zhou Yahui thought very clearly that the game products were all leading the way for three or five years. If there is no explosive product relay, it is difficult to maintain long-term gains. He repeatedly said in public, "I don't play games," I don't know the game, but I know that the essence of the game is the creative industry, which periodically determines the ceiling. When I was playing games, I felt that I was good at making money. ”

Kunlun Wanwei has always been transitioning to the Internet platform. At present, the company's Opera, Grindr, leisure and entertainment, Kunlun game in the four major sectors, Opera is the largest part of the volume.

This is related to Zhou Yahui's personal experience. Before the founding of Kunlun, he only had the work experience of Renren.com, and it had a great influence on it. However, many voices believe that Zhou Yahui is more inherited the investment gene of “all people”. From Yingke, Yangji, to the fun shop, Musical.ly, Kunlun Wanwei earned a lot of money from every investment.

Among them, investing in Yingke for one year, with a principal of 68 million yuan, returning a net investment income of 756 million yuan, the return rate is more than 10 times. A few days ago, Yingke has confirmed that it will be listed in Hong Kong, and Kunlun Wanwei still holds 10.23%. Investing in the fun shop for three years, the investment income through the reduction of cash is 574 million yuan, in addition to holding 51,139,400 shares of interesting stores, the return rate is more than 4 times. Previously today, the headline acquisition of Musical.ly, Kunlun Wanwei investment has a net income of more than 30 million US dollars a year.

According to people around him, in the past three years, Zhou Yahui has seen more than 60 projects and then invested more than 20, which is equivalent to three shots.

Regarding investment, Zhou Yahui’s theory has always been: Any slogan, at most one startup can run out, and maybe even none of them. If thinking reaches a certain height, investment is an easier task. Grasping the core contradictions and logic, the rest is just a matter of luck.

It is difficult to challenge yourself in life. In 2018, Zhou Yahui was 41 years old and re-entered the position of the Blazers, picked up his sleeves and set off again.