Today (July 4th), the well-known hard media TPU released a survey chart fromwebsiteAt the end of May, the homepage questionnaire statistics on the line, in a 37-day period, a total of 16,140 netizens participated, the significance of this result is thatThe more realistic reflects the true state of the CPU on the average consumer PC. 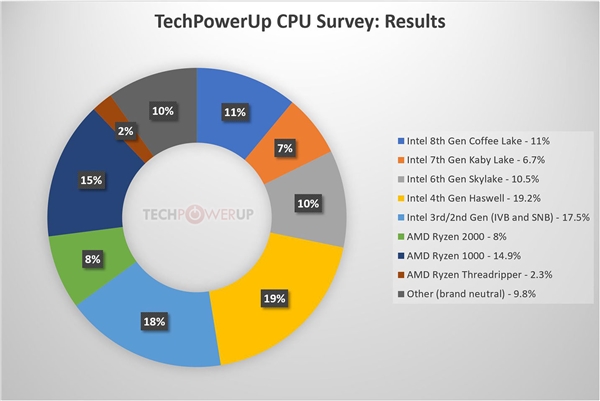 Divided by generation,The highest-capacity CPU is Intel 4th generation Core, which is Haswell, accounting for 19%.This is Intel's second-generation and last-generation 22nm processor, but since the 14nm five-generation Core has only two models on the desktop and the volume is very limited, the i7-4770K is quite popular.

The second in the ranking is the 3rd generation + 2 generation CoreThat is, the IVB+SNB family, accounting for 17.5%. 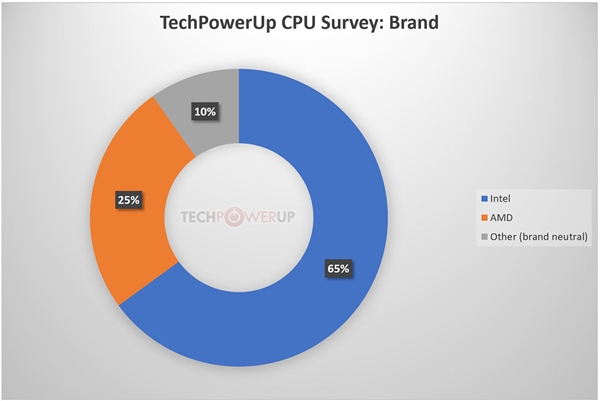 Interestingly, the TPU found that the comparison was hot and it was the last two generations of Intel and AMD processors.The number of Ruilong 1st generation/2 generations is higher than that of 7th generation + 8th generation Core, which reflects the so-called "Ryzen Effect". It seems that everyone's AMD counterattack is not an illusion, and is supported by a large number of facts. . 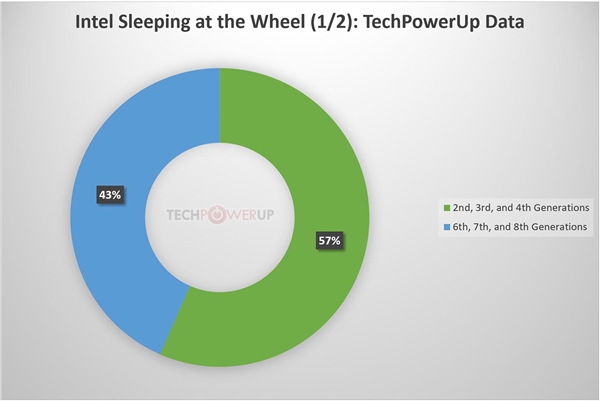 As for the 7/8 generation of Core, why not want to imagine the hot, in addition to external competition, may also have its own reasons, such as "squeezing toothpaste", poor performance increase so that users do not feel the need to upgrade, had to use the old platform.

Which generation of your camp is your computer CPU? PS: If you want to vote with the working machine as a reference, then it is SNB hi +1...