In the first year of Baidu All in AI, Robin Li handed in a "no disgrace" transcript. 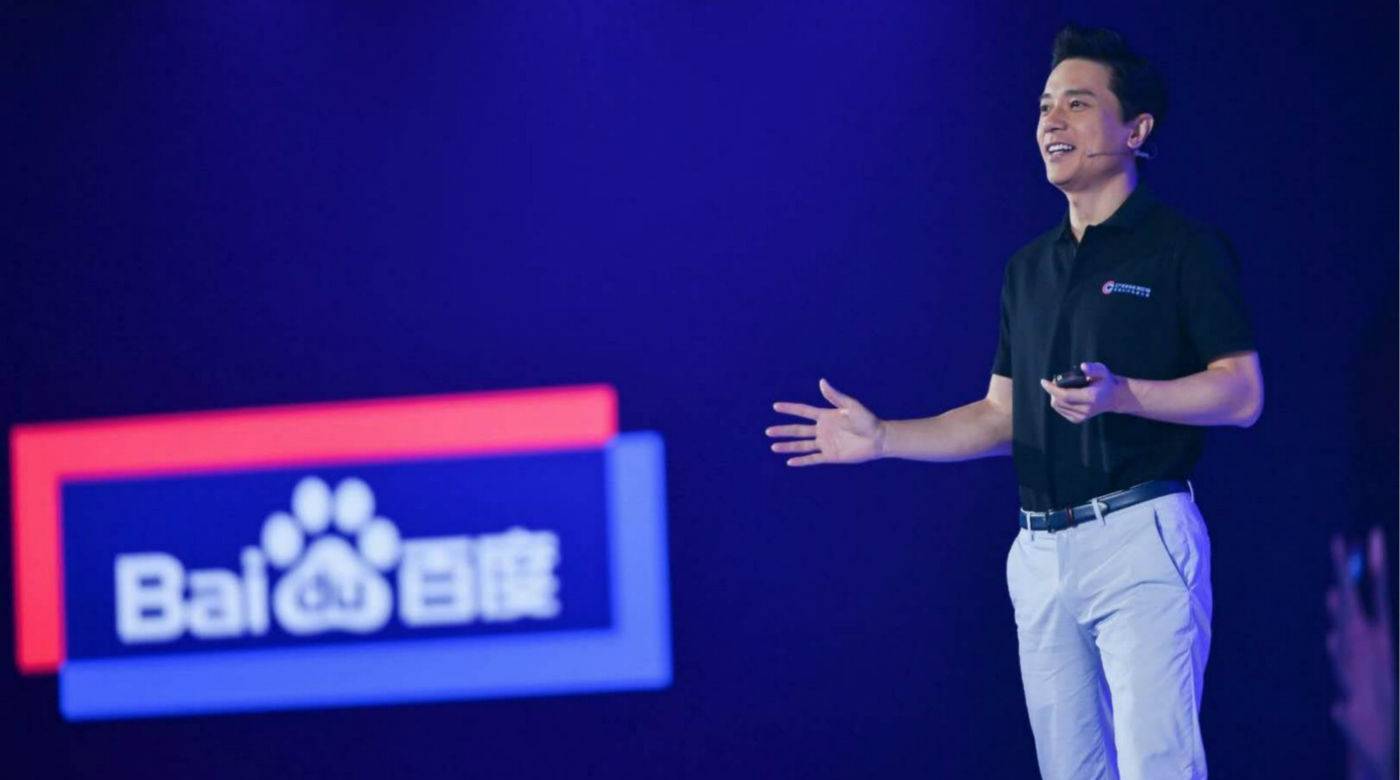 After a year of AI, Baidu has started the process of accumulating from technology to value change on its own line of business, and Robin Li also gave a convincing transcript at today's developer conference.

Last year's developer conference, Baidu announced that it was officially opening the two platforms of DuerOS and Apollo. Without "sweetheart," Robin Li, chairman and chief executive of Baidu Inc, came back to the table this year to show the results of the year's lines of business at Baidu All in AI.

"Technology landing", "collaboration case", these two words can be the core theme of the Baidu developer conference. At that time, All in AI's Baidu's two most important business lines

Baidu is now likely to be the strongest artificial Intelligent Company in domestic comprehensive technical reserves. Baidu has regained its relative lead in the domestic Internet environment, and Baidu is trying to "cash in" by landing technology to the product.

A year ago at the Baidu AI developer conference, the screen news was that Robin Li was driving up the Beijing five ring ticket by an unmanned car, and today the screen is also a Baidu unmanned vehicle.

As Baidu All in AI for more than a year, the most core business, Baidu's car building plan to hand over today a enough to silence the mouth of the report card

Last year, Lu Qi gave an extreme example of the introduction of the Apollo open platform: an engineer used the Apollo platform to create a very primary autopilot through three days. Although it's a very primary autopilot, the "three days" quantifier is enough to blow up the eye, let's forget L4 and L5, at least that it has already indicated that Baidu has already stepped down the threshold of the autopilot industry through the Apollo platform to make a beginner like a robotic robot. L1, L2 and even L3 automatic driving "toys".

In the following year, Baidu's Apollo platform began to cooperate with many domestic and foreign auto companies, ensuring that they would sit on the "newly built" card table early enough, while the most mature cooperation case, "A Bolong", was also officially mass-produced. According to sources, Baidu Apollo and Jinlong bus cooperation to build this model

At the same time, the interior of the driverless minibus was unveiled for the first time: without a steering wheel, without throttle and brake pedal, passengers could sit in a circle and "charge for two hours and run 100 kilometers." According to reports, "Apolong" will soon be sent to Beijing, Xiong'an, Shenzhen, Pingtan, Fujian, Wuhan, Hubei and other places to launch commercial operations, and will join Jinlong bus, Softbank Corp. Group's self-driving company SB Drive will

Robin Li said: 2018 will be the first year of automatic driving products, which is comparable to the historical node of the T car's downline. In contrast to traditional cars, autopilot will evolve in completely different logic. We can think of autopilot as a four wheeled robot. In the future, it can send us express, clean the health for us, serve as the service student of the restaurant, accompany and nurse the patient, guide us in the scenic spots and stadiums which are permitted on the road, undertake the security work of the public places, assist in the rescue and disaster relief. Or even automatically run to the fields in the countryside and transplant seedlings. These things will be defined and implemented by our developers.

Baidu chose the most difficult road of AI, which is now the most powerful embodiment of Baidu AI technology. 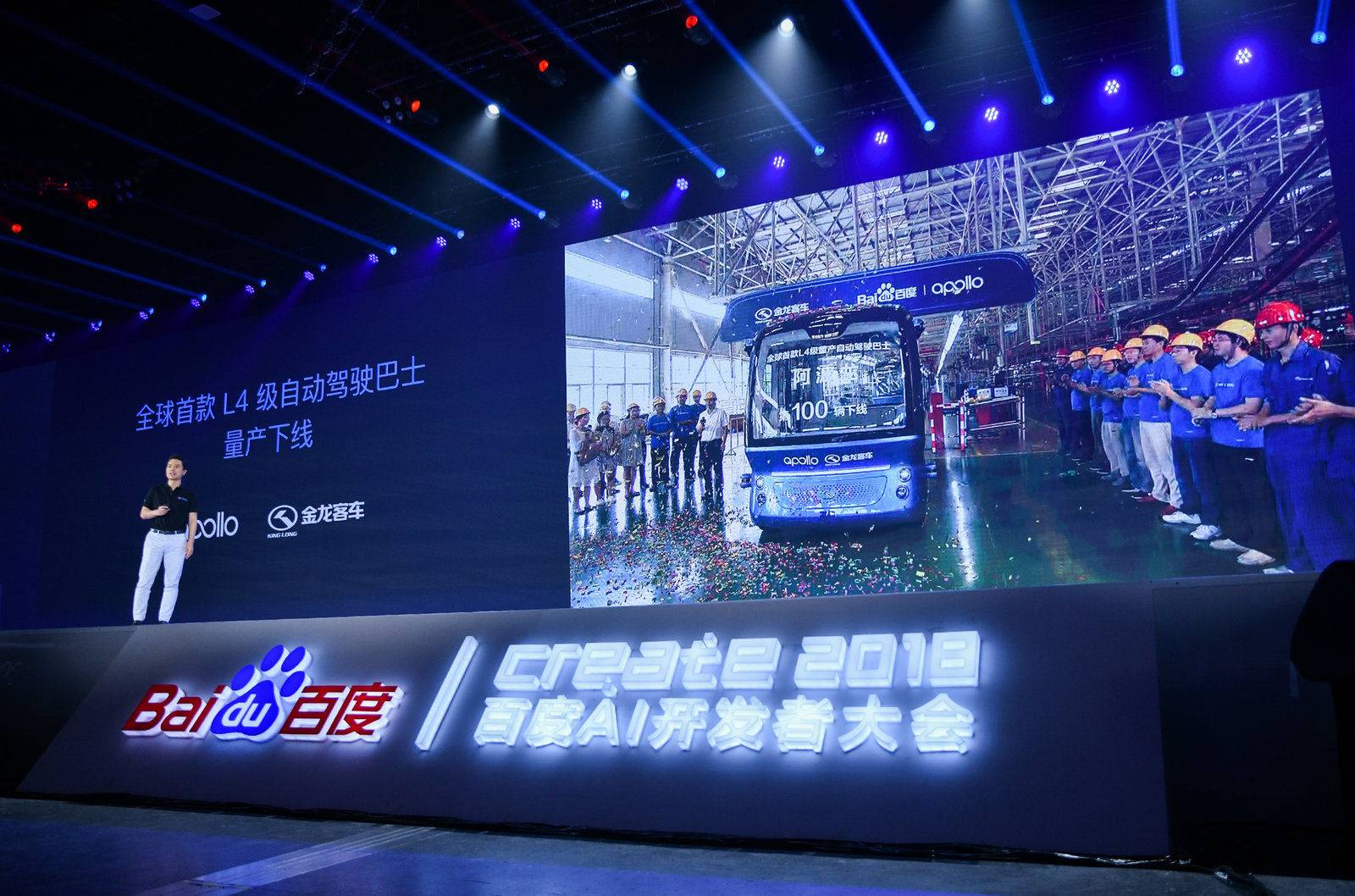 At today's Baidu AI Developers Conference, Apollo also announced a comprehensive upgrade, and launched a mass production solution for on-board voice system. Baidu has taken a leading position in this smart new car creation, but the winner of the long run is not the one or two place to start. Autopilot is still a child, and Baidu is just on the way.

Small degree is becoming the core advantage of Baidu products

Following the release of the DuerOS platform last year, "small degree", as Baidu's own intelligent voice assistant, is also accelerating evolution, as Google Assistant is to Google, which is playing a core role in a series of Baidu products.

DuerOS, as the first open platform for the dialogic artificial intelligence system launched by the domestic science and technology giants, does not take the lead in technology, but it is fast enough, resolute enough, and clear enough to have a clear advantage in the initial segment of the DuerOS.

As a packaged service, DuerOS has been widely used by numerous developers in many industries in China for the year, which has enabled DuerOS to have very large user training data to help DuerOS quickly iterate and grow. Jing Kun also announced the latest data of DuerOS at the conference site. As of June 2018, the number of DuerOS enabled smart devices has exceeded 90 million, with more than 25 million active devices in the month. DuerOS platform ecological expansion, the number of partners has more than 200, DuerOS landing of the main control equipment more than 110, the DuerOS platform on the developer group has more than 16000 people, these three data are the first in China.

The embodiment of this growth is the enhancement of the intelligence voice assistant "small degree", and the smarter "small degree" has also become a killer of Baidu products in the same competition. The Baidu map is a typical example. At the scene, Dr. Wang Haifeng, the senior vice president of Baidu, demonstrated the enhancement of the ability to implant the "small degree" in the Baidu map when dealing with the long sentences of a complex multi task set of instructions. Baidu's accumulated technology and data advantages are being released at C end user experience through "little degree". 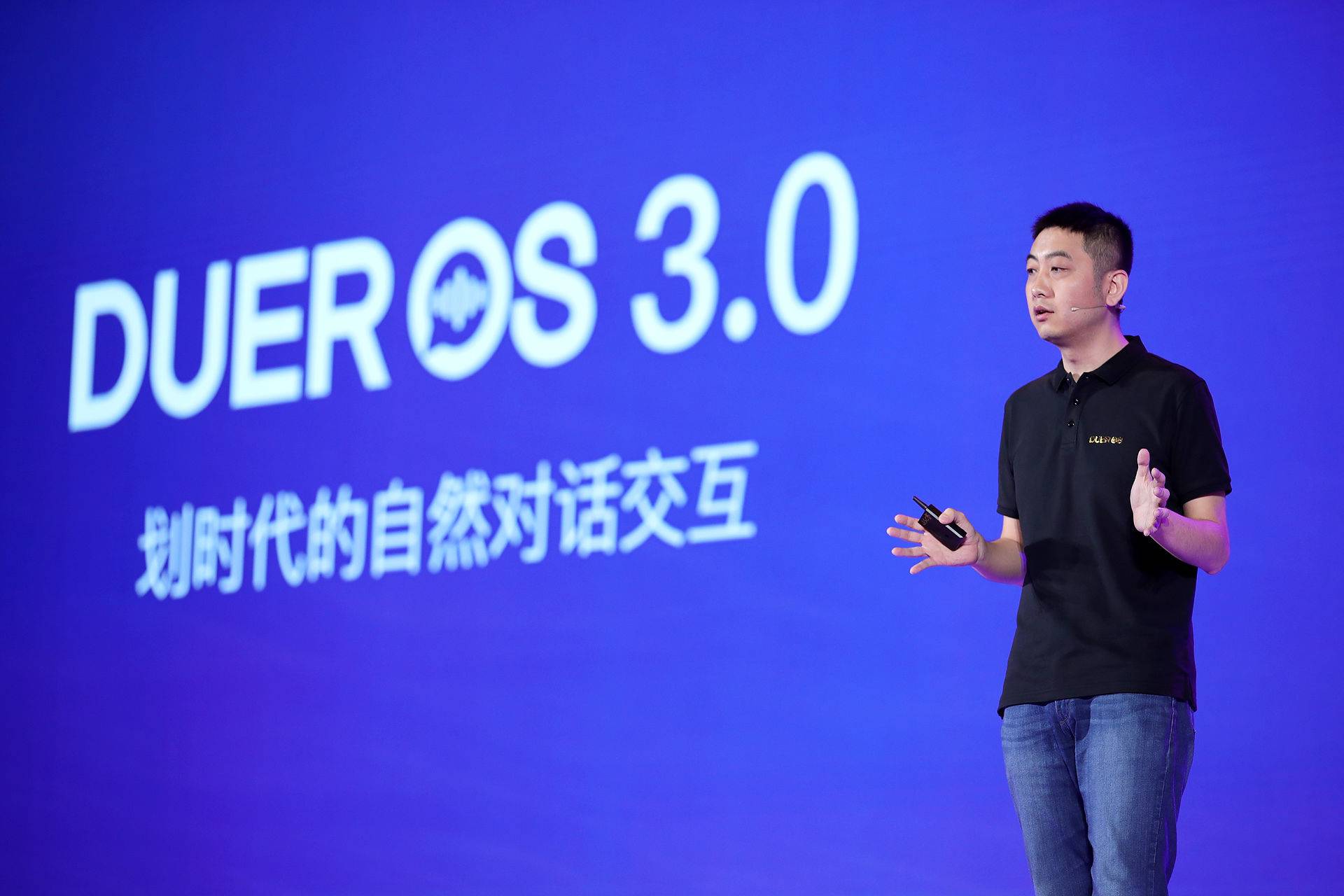 Robin Li also showed the ability of Baidu NLP on the spot, just like Google showed up on I/O this year, calling AI. Although there is still a gap in the visual effect of the two, Baidu is able to follow the matter in a short time and show it with confidence, which is another form of show muscle.

Shen Qiang, vice president of Baidu, has officially released the Baidu intelligent Mini program, which is fully connected to Baidu brain and will be fully open source in December. The first batch of partners of Baidu intelligent small program include Ctrip, suning.com, vip.com, Tongcheng, spring rain doctor, Iqiyi, Yu Xin used car, check violation, and so on, a total of about 100 enterprises. Like other small programs, Baidu's smart applets also emphasize the low cost of development. Developers only need to modify the code simply to allow their own small programs developed in other platforms to access Baidu smart programs. 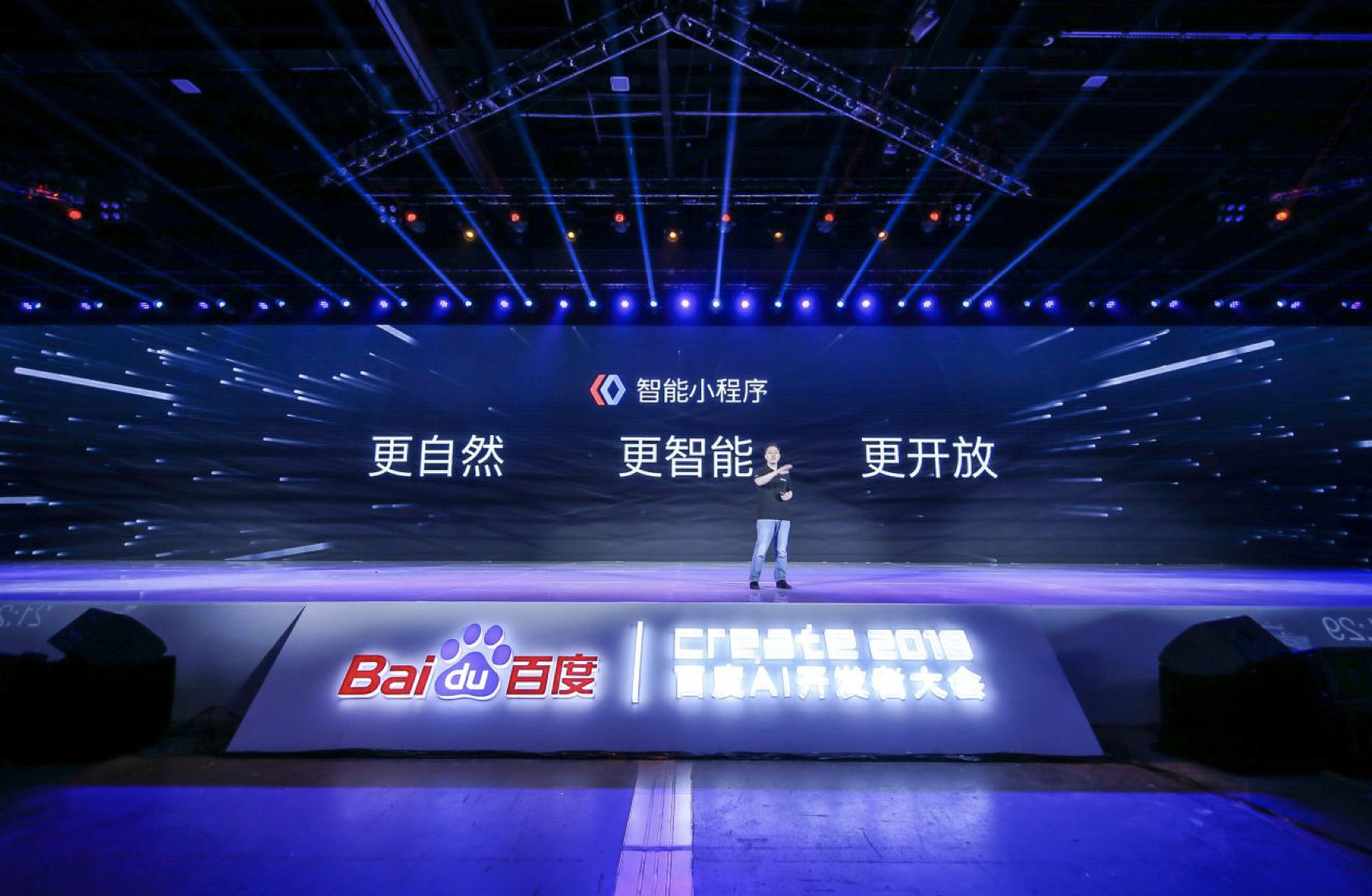 Baidu smart applet can run on Baidu's internal and external App. The entries include Baidu's own Baidu App, Baidu post bar, Baidu SkyDrive and so on, as well as the external cooperation of beep, 58 cities. This is not the same as other platforms. No matter how big the traffic is, external traffic is very important for the circulation of smart applets.

The spread of WeChat applet depends largely on social networking, but Baidu is different. Many of the Baidu traffic is related to information, services, tools, and recent information streaming services, so users can see small program services that are recommended according to interest. Developers need to make their own products match these requirements, and then increase the user's triggering opportunities. The advantage of accessing Baidu brain 3 is that many AI related capabilities have been encapsulated and developers can call directly.

Some of the first Baidu smart programs that take the lead have shown their ability, the DAU of the "smart small program" increased by 370% in 50 days, and the train ticket intelligent small program order conversion rate increased by 44% in 20 days. At the same time, the application time of Baidu users has increased by more than 30%.

Baidu's brain 3, let AI become the "master of the ball". 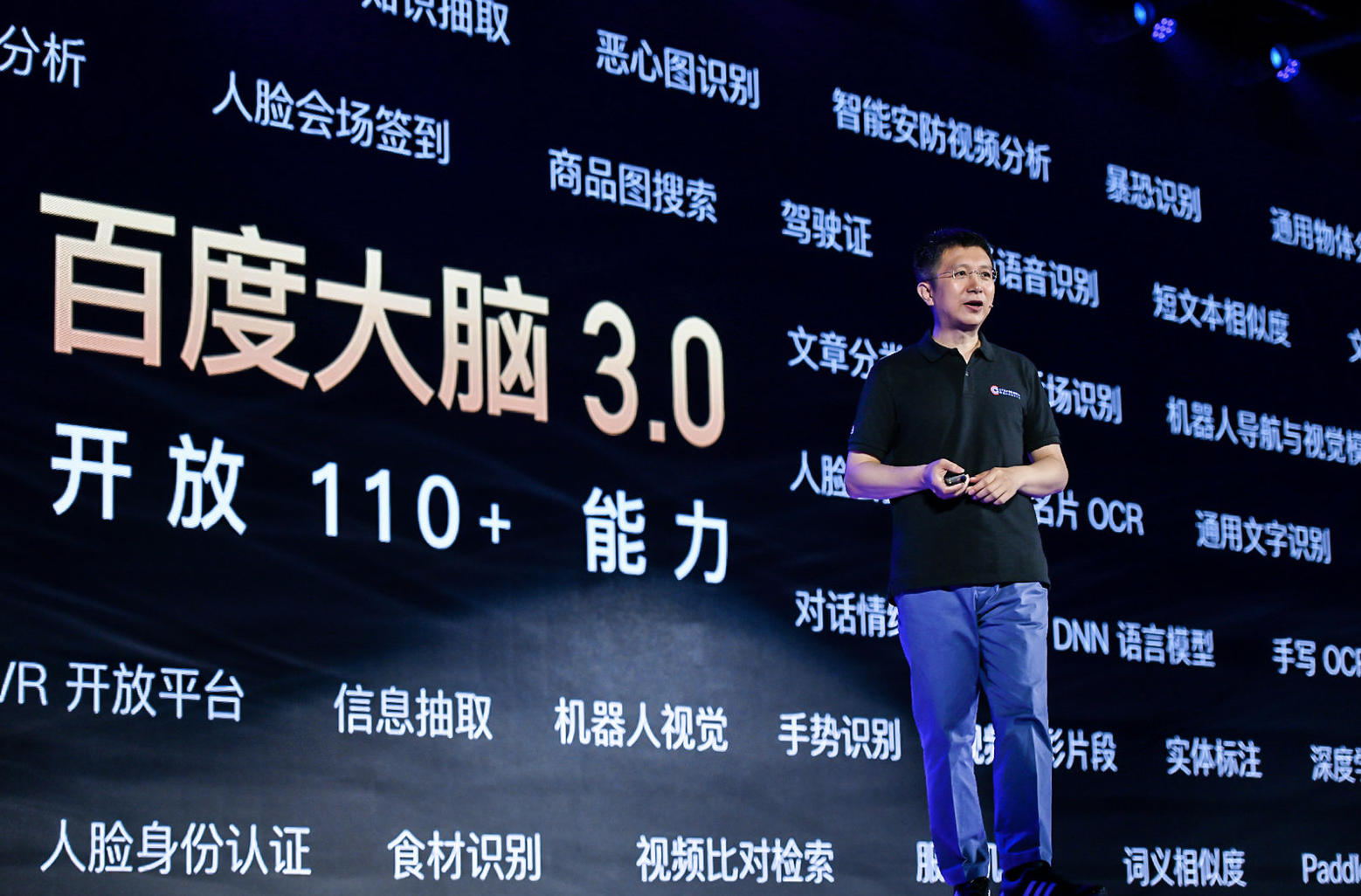 The conference also shows an application that everyone can use, that is, Baidu maps that can understand complex voice commands. Wang Haifeng, senior vice president of Baidu, told Baidu maps a long series of bypass order navigation requirements, and Baidu map voice aides perfectly identify and give the best route, like intelligent customer service, which are supported by the AI technology.

Besides speech, the machine's visual semantics has also been improved. The machine can identify players, referees, balls, players, players, objects, objects and scenes in the game. They can capture shots, goals, corner balls, free balls, exchange and other events, and then complete automatic explanation, wonderful clip clips, and so on. This technology can also be used in the supermarket shopping online. It can not only realize the complete experience of customers' shopping in the unmanned supermarket, but also help the store operators to analyze and optimize the store operation.

Robin Li mentioned the vision he wanted to see in the future. "We hope that wherever you are and who you are, you can get AI's ability and convenience through Baidu. " 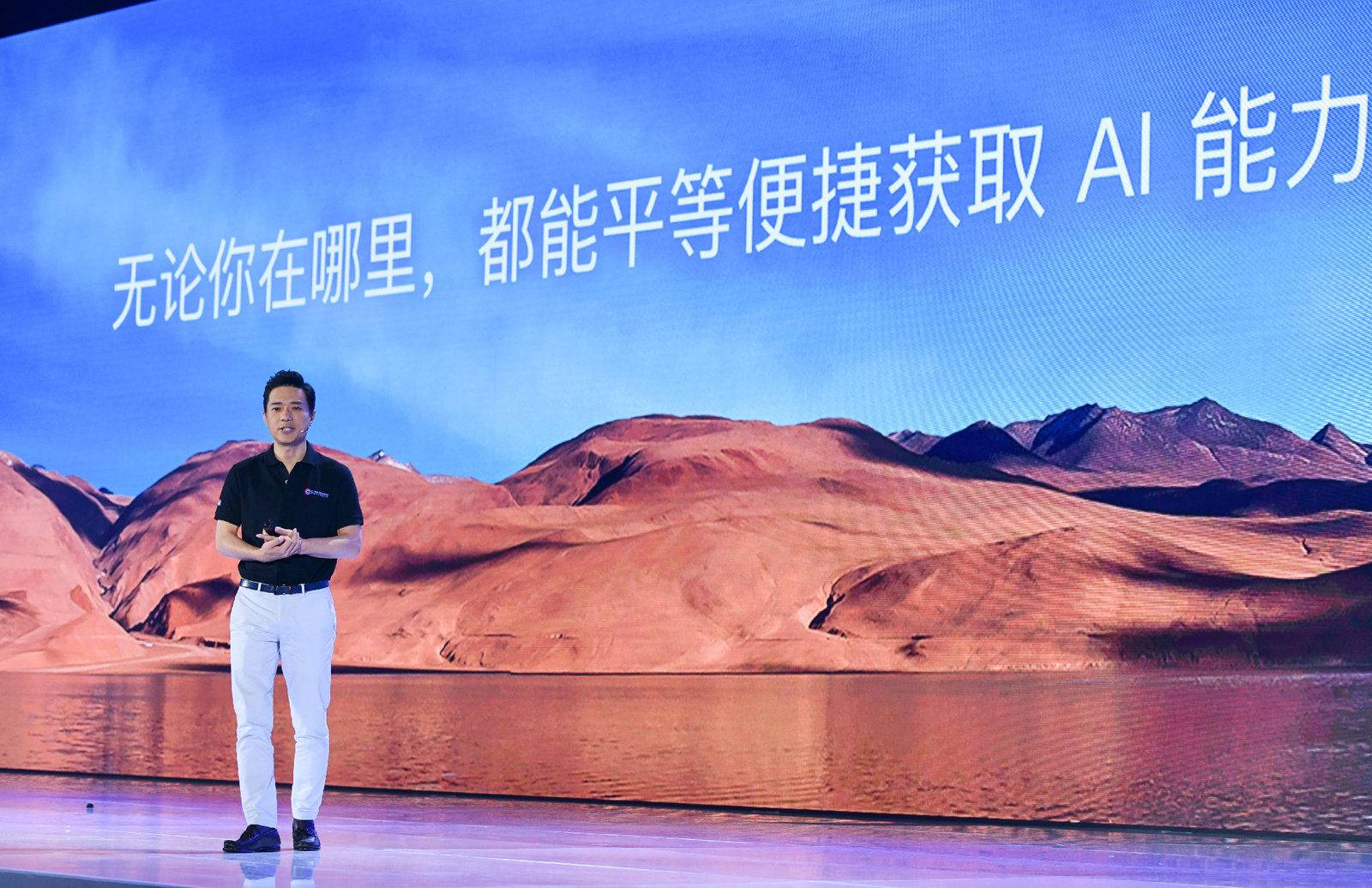 Robin Li announced Baidu's self - Research AI chip "Kunlun" to meet the demand for AI capabilities, the first cloud full function AI chip in China, and the most powerful AI chip in the industry so far. Ni Guangnan, a famous computer expert in China, mentioned that the success of chips needs ecological support. In this respect, Baidu has better conditions. Baidu has formed a complete AI technology layout including chip, deep learning framework, platform and ecology. It is reported that in the future Baidu will focus on smart car, intelligent equipment, voice and image and other more scenes to expand the chip layout. 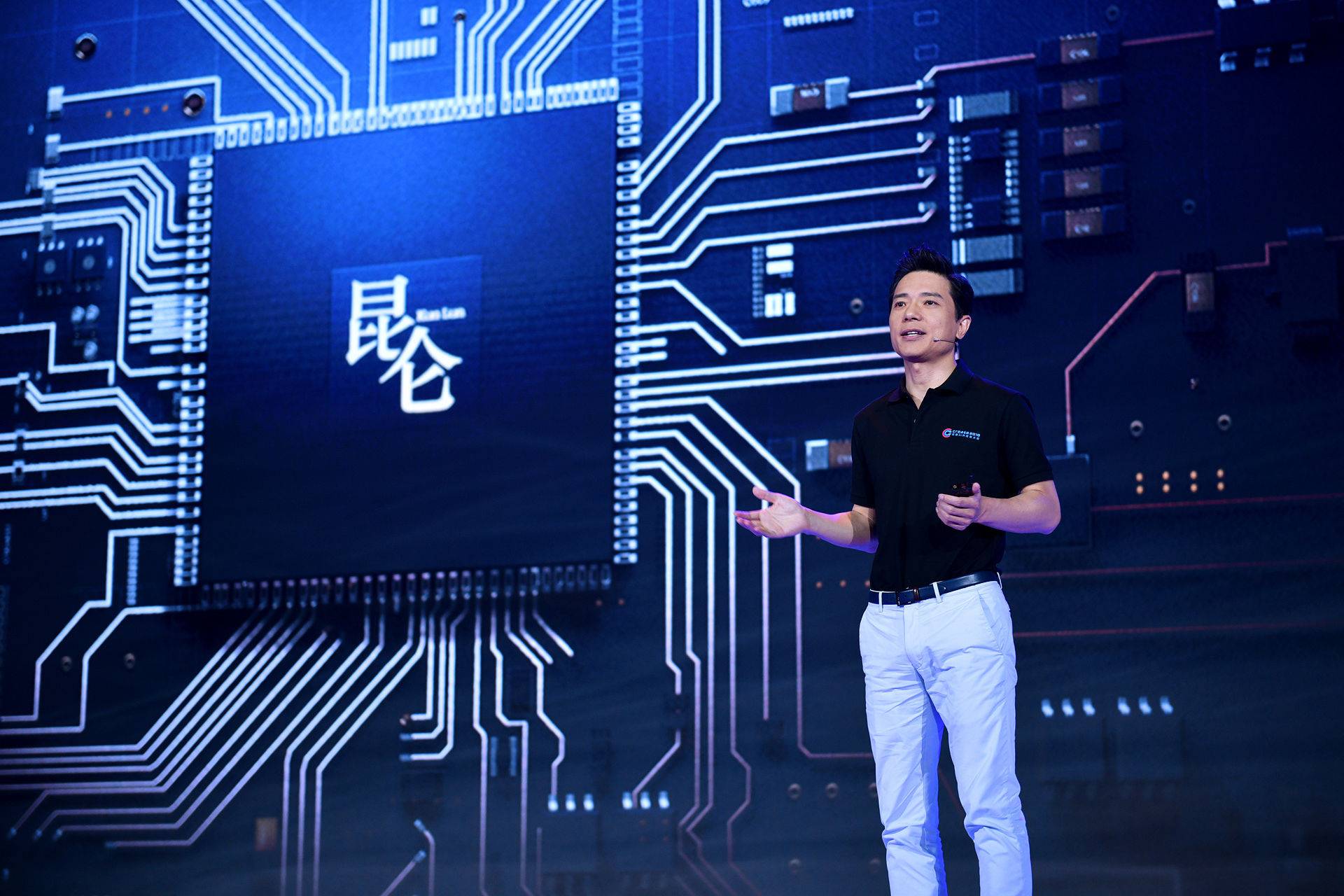 And this year, Robin Li gave this report card, Baidu did a good job, whether it was the popularity and application of Natural Language Processing and image recognition technology at C and developers, or the case of Apollo and the B side of the Baidu brain, and Baidu had seen the technology company of the Xuan cloth All in AI technology. The determination and achievement of the transformation into commercial potential.