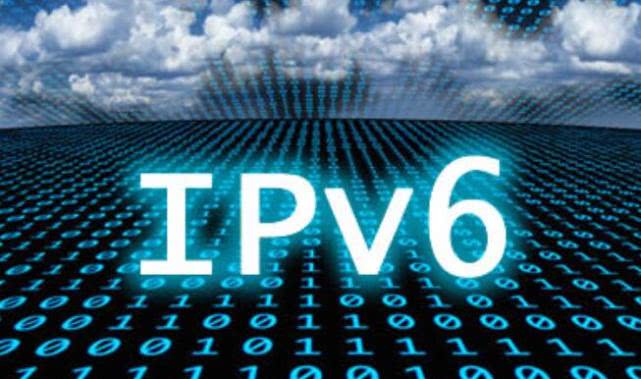 Recently, the Expert Committee on scale deployment of IPv6 (Internet Protocol Sixth Edition) has launched the 2018 China IPv6 Development Forum. Yang Xiaowei, deputy director of the office of the central network security and Information Committee, said that this year is the beginning of the IPv6 scale deployment, which has started well and progressed smoothly.

According to Zhang Feng, a member of the Party group and chief engineer of the Ministry of industry and information, 3 basic telecom enterprises have completed 26 provinces and hundreds of cities LTE network IPv6 transformation, and distributed IPv6 addresses for LTE users. At present, the total number of IPv6 addresses allocated to the basic telecom enterprises is more than 70 million.

At the same time, the IPv6 upgrade of the Internet application is further accelerating, and the initiative and initiative of the Internet companies are further enhanced. The top 50 commercial websites and applications of the domestic users have formulated a clearer upgrading scheme. Most of the typical Internet applications will be rebuilt by the end of this year. The mission of the central government and the provincial and municipal government website, the news and radio and television media website, the IPv6 transformation plan of the central enterprise web site have also been actively promoted, and some of the websites have initially completed the transformation task.

In the application of infrastructure, the large data centers of the basic telecom enterprises have supported IPv6, basically establishing IPv6 business acceptance and opening the test process; some content distribution network enterprises, cloud service platform enterprises have completed part of the product IPv6 transformation, and are gradually providing IPv6 commercial service. In the field of Internet applications, the main Internet enterprises have formulated the IPv6 reform implementation scheme for the large and traffic centralized Internet applications, and the relevant reform work is being carried out in an orderly way; the portal and part of the private business system of the basic telecom enterprises have completed the transformation of IPv6 and provided service to the users.

The industrial environment that supports the development of IPv6 has also become mature. Communication equipment manufacturing enterprises and mobile intelligent terminal manufacturers accelerate product iteration and upgrade, and the IPv6 support of network equipment and terminal equipment has been greatly improved. The bottleneck of terminal development has been changed.

Yang Xiaowei said that, in general, the IPv6 scale deployment in China has initially formed a good development situation with network, application and terminal synergy. But there is still a big gap compared with the countries with fast development of international IPv6.

Huang Chengqing, vice president of China Internet association, said that the development of IPv6 in China is far behind that of developed countries in Europe and America. The latest data from the Asia Pacific Internet Information Center laboratory shows that there are 32 countries with more than 10% IPv6 users worldwide, including more than 50% of Belgium and India, more than 40% in the United States and Germany, and less than 1% in China's IPv6 users.

Zhang Feng said that it will support the basic telecom enterprises to take the lead in the transformation of network and self operating system, to fully realize the end to end network, and to provide IPv6 services to the users as soon as possible. At the same time, the implementation of industrial Internet IPv6 application deployment will be implemented to support typical industries and key industrial enterprises to carry out industrial Internet IPv6 network transformation.

By the end of this year, the central enterprises plan to complete the IPv6 transformation of more than 2000 sets of websites and internet systems, including the portal, the Internet system for public service, the mobile APP, the e-commerce platform, etc., according to the deputy director general of the SASAC.