Foxconn or build a factory in the United States to assemble the iPhone LCD project to be downgraded to the 6 generation line. 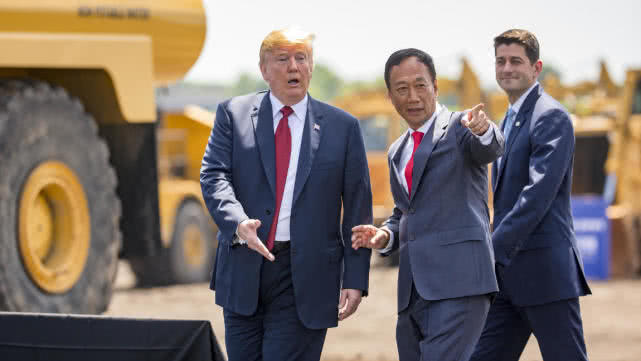 Foxconn group is building a LCD panel manufacturing base in Wisconsin, USA, with a planned investment of US $10 billion. But the latest news in Taiwan media says Foxconn will shrink the American LCD panel, using relatively old 6 generation lines, and Foxconn is likely to build factories in the United States to assemble Apple handsets.

In addition, Foxconn group is also building a 10.5 generation of LCD panel base in Guangzhou, Guangdong, China. After the factory is put into production, it will also affect the market pattern of the global LCD panel, even the price and profit of the LCD panel may be reduced. This factor also affects the Wisconsin. Project decision.

In addition to cost reduction, the 6 generation line will allow Foxconn to provide screens to more industries, such as car screens, mobile devices or medical devices, and multiple delivery channels will minimize investment risks, sources say.

Foxconn group did not comment on relevant market information.

According to the sources, Foxconn group can use the geographical position advantage to supply the small and medium size display screen to the Apple Corp in the United States if the 6 generation of LCD panels are built in the United States. It is possible for Foxconn group to set up a factory in the Wisconsin LCD panel base and assemble the apple handset directly, which can reduce the tariff costs for the apple mobile phone to enter the US market after the assembly is assembled in China, sources said.

Before that, the Apple Corp's major display providers include Samsung display, LG display, SHARP, and Japanese display companies, with LG coming together with Samsung this year to supply lower power and better picture OLED screens to Apple's new mobile phones. Sharp Co of Foxconn group has not yet formed OLED scale capacity.

In response to the reduction of the US LCD panel, Foxconn group has canceled a restructured LCD panel to create optoelectronic plans, before Foxconn was ready to split up the group of optoelectronic products to separate subsidiaries, such as small and medium size panel companies or terminals. Equipment company.

It is reported that Foxconn group is conducting a large-scale adjustment to the management team of its display panel business to further enhance the competitiveness of LCD panel rivals in mainland China.

Chin-lung Tin, the optoelectronic vice president, and Yueh-way Sun, the director of Japan's SDP, will work together to take charge of the LCD panel in Wisconsin, the source said.

Foxconn is undergoing a restructuring shift from traditional electronic substitutes to high-tech components and branded products. After a $about 3000000000 takeover of the Japanese Sharp Co, Foxconn and Terry Gou made a gamble in the LCD panel and started building the Guangzhou and Wisconsin panel base, and Foxconn executives used to say they were ready to build a new panel factory in India.

The market for traditional LCD panels and LCD TV sets is gradually saturated, but Terry Gou believes there is still a valuable business opportunity to popularize 60 Inch large screen TV in the future. After Foxconn entered SHARP, its SHARP TV set was fiercely reduced, and its sales and market share increased significantly.

Before, the liquid crystal panel industry expressed concern about the large-scale investment of Foxconn group, which would lead to the oversupply of LCD panels, which led to a decline in product prices.

Today, the Japanese SHARP, which belongs to Foxconn, is in trouble and is sold, mainly because of the big investment in the liquid crystal panel, but it has ushered in the passive situation of the decline in the market price.