Apple's three new iPhones pull Foxconn and other foundries in August, the performance is red 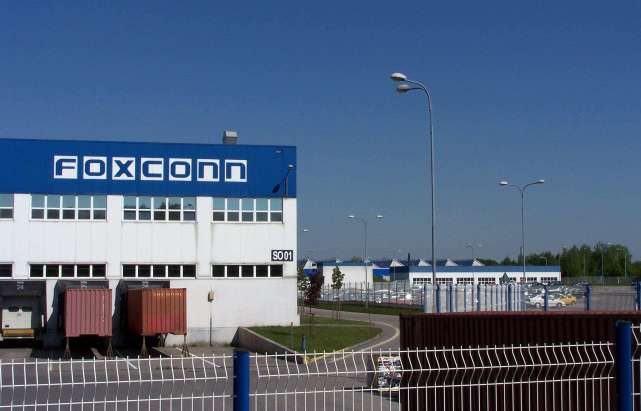 Tencent Technology News, local time on September 12, Apple will host the 2018 autumn new product launch conference at the Steve Jobs Theater in the new spaceship park, three new mobile phones will become the star of the conference. Whether Apple's new mobile phone will be hot, it is still undecided, but according to the usual practice, the earnings report of China's Apple supply chain listed companies is regarded as a precursor to Apple's hardware sales and performance.

In accordance with established practice, Apple will usually hold a new mobile phone conference in September, and the products will also be available in volume in September. In the past few months, Foxconn Group, Heshuo Technology and other foundries have been producing horsepower for the wholesale of Apple's first wholesale mobile phone.

It is worth mentioning that Apple's long-standing mobile phone foundries are Foxconn Group and Heshuo Technology, and Foxconn Group has a higher share of OEMs. However, previous media reports in Taiwan said that Wistron Group, which produces four-inch mobile phones for Apple in India, may receive some orders for Apple's new mobile phones this year.

According to a report on the Taiwan Electronic Times website on September 11, the Foxconn Group (known as Honghai Seiko in Taiwan) recently released operational data for August. The company received an operating income of NT$396.8 billion in August. At $12.9 billion, revenue increased by 0.3% from the previous month, but increased by 25.3% compared with the same period last year.

In the first eight months of this year, Foxconn Group's operating income was NT$2.9 trillion, a year-on-year increase of nearly 15%.

The Foxconn Group is the world's largest electronics foundry, and Apple is just one of its largest OEM customers. The data shows that in the three major businesses of the Foxconn Group, the consumer electronics business performed best in August, followed by the communications business and computing business.

According to reports, Apple has already handed over all orders for 5.8-inch OLED phones to the Foxconn Group. In addition, Foxconn has also obtained a considerable proportion of the OEM orders for the other two mobile phones.

Market participants pointed out that with the large-scale sales of Apple's newly released mobile phones, the Foxconn Group's revenue growth will increase in the remaining months of 2018.

However, although Apple's orders help Foxconn to achieve higher operating income, whether the company's profits will increase by the same amount remains to be seen.

Although Apple's electronic products orders can bring benefits to Foxconn's financial report, in the past two or three years, Guo Taiming has led Foxconn to embark on the road of transformation, with the aim of reducing dependence on Apple's OEM orders and entering high-tech parts. In the field of raw materials, we also launched our own electronic brands. At present, Foxconn is building a large-scale LCD panel base in Guangzhou and Wisconsin.

Heshuo Technology Co., Ltd. also released operational data for August. According to the Taiwan Electronic Times website, Heshuo received an operating income of NT$98.2 billion in August, equivalent to US$3.16 billion, and a decrease of 5.52% from July, but an increase of 10.19% compared with the same period last year. Lower than the Foxconn Group.

This year, it is still unclear what percentage of Heshuo Technology has shared in Apple's several new mobile phone assembly orders.

Heshuo is a comprehensive consumer electronics foundry, and Apple's mobile phone is just one type of product. According to reports, in August, Heshuo Technology also produced 550,000 to 600,000 notebook computers for its customers, a 10% increase from the previous month, but a 20% decrease from the same period last year. Heshuo also produced 800,000 desktop computers and 850,000 computer motherboards.

According to reports, TSMC received NT$9.11 billion in August, equivalent to US$2.95 billion, which is the second-best monthly performance of TSMC this year.

However, compared with August last year, TSMC's operating income shrank slightly by 0.9% year-on-year. As is known to all, in early August, a very rare virus attack occurred in the TSMC semiconductor production line, which caused the production line to stop production. This incident naturally affected the company's operating performance.

TSMC has released forecast data before, saying that the virus attack incident will lead to a 2% reduction in operating income in the third quarter. However, chips delayed in delivery to customers in the third quarter will be replenished in the fourth quarter.