Wired magazine: the ECG function of the new Apple Watch has more disadvantages than benefits.

Let us temporarily ignore whether Apple's new watch is really the first product to provide ECG directly to consumers (which is not the case). The bigger problem is that this is not a good idea at first. Medical health agencies typically use electrocardiographs in hospitals to measure the electrical activity of the heart and detect abnormal rhythms. However, on the latest Apple Watch Series 4, Apple hopes that you can draw an ECG "anytime, anywhere" on your wrist.

In theory this sounds like a good idea. Even Ivor Benjamin, president of the American Heart Association, stood up and praised the Apple Watch. Benjamin said on the stage on Wednesday: "The goal of the American Heart Association is to create a longer, healthier world. Equipment like the Apple Watch that gives us more important health data has helped us a lot."

The US Centers for Disease Control and Prevention (CDC) estimates that there are between 2.7 million and 6.1 million patients with atrial fibrillation in the United States. The CDC said that these patients may benefit from wearable on-demand ECG-enabled devices, such as the new Apple Watch. Atrial fibrillation is the most common arrhythmia and the only heart disease that Apple Watch is approved for testing. But for everyone else, the evidence suggests that the potential cost of drawing an electrocardiogram may actually outweigh the benefits it brings. Although Benjamin praised the Apple Watch, too much information can sometimes be a bad thing for a person's health.

The reliability of electrocardiogram as a screening tool has long been questioned by experts. When the electrocardiogram was just invented, doctors used it to treat patients who were already suspected or already known to have a disease. Not long ago, health care providers began using them to check whether patients with no cardiovascular disease or family history had heart disease.

The exact data on the common preventive ECG in the United States does not exist, but according to a recent editorial in the American Journal of Medicine, electrocardiography of asymptomatic patients has become a routine item of physical examination at the beginning of the year, until professional organizations cost it. After the analysis, I began to call on everyone to stop doing ECG testing.

One of the calls to stop detecting ECG is the US Preventive Services Task Force. The team is an independent volunteer group of national experts in disease prevention and evidence-based medicine who have been advising on the value of ECG as a screening tool for more than a decade. In 2004, the team did not reach a definitive conclusion about the value of using an electrocardiogram to screen for asymptomatic adult heart disease, citing the lack of a basis for tracking patients. But by 2012, the organization revised its statement to recommend ECG screening for asymptomatic adults with low risk of heart disease.

In 2018, the team revisited the matter again, but its conclusions remained unchanged. The team wrote in its latest statement: "The US Preventive Services Task Force recommends not using resting or exercise ECG to screen for cardiovascular disease in adults at low risk of cardiovascular events." 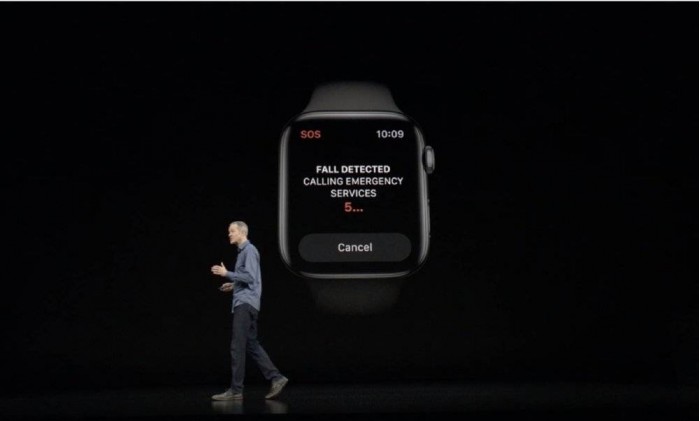 As for screening asymptomatic adults with high or moderate risk of heart disease, the Task Force stated that there is insufficient evidence to make a judgment. In the same statement, the panel also had the same argument for screening ECG for atrial fibrillation.

As a result, few studies have focused on the effectiveness of a wide range of electrocardiographic examinations. Those who studied the effectiveness of ECG found that it did not provide meaningful information for the diagnosis of heart disease. The same is true for conventional echocardiography screening, which is also a way to assess heart health. A paper published in 2013 found in large-scale randomized clinical trials that extensive echocardiographic screening in healthy adults did not contribute to health outcomes.

The most helpful case of Apple's new watch is obvious: people with atrial fibrillation, family history of heart disease, heart palpitations, chest pain, shortness of breath, etc. Abraham said that sometimes patients have vague cardiovascular symptoms that cannot be replicated during the visit. He said that people like this often need more expensive, prescription monitoring systems. If the doctor can ask the patient to record their symptoms on the gadget they already have, then this may be the gospel of the health care provider and the patient.

As for others, it's hard to say what benefits Apple Watch's on-demand ECG has, and the available evidence suggests that it may actually do more harm than good.

However, there is a life-and-death problem to consider, and it is mentioned by Ivor Benjamin, president of the American Heart Association, at the Apple conference yesterday. If an ECG collector is placed on the wrist of each Apple Watch wearer, then the vast amount of data collected by these watches (if the user chooses to share it? - Apple emphasizes that your data is private) can help research Personnel address many of the uncertainties of performing an electrocardiogram in a seemingly healthy population. Apple's new wearable device may not be a convenient heart health tool that it promotes, but with your permission, it can make you a research sample.

Related news
Apple Watch ECG ECG soon landed in Canada
Apple confirms that Apple Watch ECG ECG function will soon open in Canada
Apple Watch's Re-Achievement: The ECG Function Saves the Life of a 48-year-old British Man (Fig.)
Hot news this week
***
Samsung will invest more than $5.7 billion in NAND flash chip production line in hanzeng
Huawei TSMC hired two white house lobbyists for its second largest customer
The first millet mobile phone in India! Xiaomi, head of India, remembers Mi3: the first sale of secku's e-commerce system collapsed
A wallpaper makes Android phones crash: it's the color gamut
Xiaomi 618 many new products presale redmi display 1A 23.8 inch price 499 yuan
India mobile Q1 shipments out! Domestic mobile phone dominates Samsung's list
In tmall's selling of sexy products, the sales volume is more than 1 billion yuan. How can I achieve this?
Tesla's autopilot has to step through these pits before it can "roll over"
The essence of business war is to match resources
The most popular news this week
Twitter's new installations hit a record high as users looked for protests and covid-19 news
US government adjusts restrictions on Chinese flights to and from the US
Motorola releases 2 entry-level smartphone Moto G Fast and Moto E
Apple launched a new open source project to facilitate password management App create strong passwords
Bosch creates a new system help connect to help motorcyclists get help faster
Old users don't have to know that wechat has so many practical skills
Old users don't have to know! There are so many practical skills hidden in wechat
Dada group's U.S. listing: nearly 30% drop after opening
Sa Beining was the first "public wake-up officer" in Alipay: providing a all in one service for liars from prison to program.
China Mobile publicizes the progress of rectification: a large number of offline packages to solve the selection problem