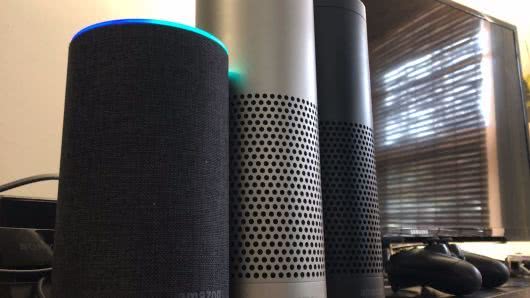 Tencent Technology News, according to foreign media reports, Amazon plans to introduce at least eight new Alexa devices by the end of the year. The devices include microwave ovens, loudspeakers, receivers, heavy bass speakers and onboard equipment, according to people familiar with the matter. All of these devices will support the Alexa Voice Assistant

Amazon is expected to launch the devices at an event later this month, according to an internal document.

The new devices reflect Amazon's determination to promote Alexa. Amazon focuses on places where people spend the most time

These products mark Amazon's first foray into household appliances, creating direct competition with Sonos and General Electric. Sonos already has Alexa amplifiers and bass speakers, while GE has microwave ovens that can be connected to Alexa and controlled by Alexa. Garmin also has Alexa Dashcam camera.

It is not yet clear how successful these new Alexa devices will be in commercial applications. Amazon tends to take a purposeless approach to hardware development plans, launching not only highly successful products such as Echo smart speakers, but also pilot projects like Echo Buttons.

However, the above plan shows that Amazon has shown strong interest in smart home networking. For example, a loudspeaker can be used as a central audio panel to control multiple smart speakers deployed at home. The microwave oven can make Alexa an important part of the kitchen.

At the beginning of this year, Amazon bought Ring, the smart doorbell manufacturer. Ring also manufactures Alexa equipment. The company is said to be developing a mysterious household robot.

Owning your own appliances has also opened up a new distribution channel for Amazon. By working with Smart Home installation, Amazon has made its Alexa devices more readily available in new homes. For example, Sounorth has a similar business model, saying in a quarterly filing that it relies on

Amazon did not disclose sales figures for Echo smart speakers, but it has said that Alexa devices have been sold worldwide