On the morning of September 18th, the 2018 World Artificial Intelligence Conference Tencent Sub-forum was held in Shanghai with the theme of “AI Unbounded Future”. At the conference summit of the previous day, Ma Huateng, chairman and CEO of Tencent, said that the development of artificial intelligence will enable people to connect with things, people and services, and lead to the era of “big social”. As a winning magic weapon in the “Digital Toolbox”, artificial intelligence and big data and cloud computing together constitute a new type of infrastructure. Tencent will continue to play well with artificial intelligence (connectors) and “co-co-builders” ;character of. 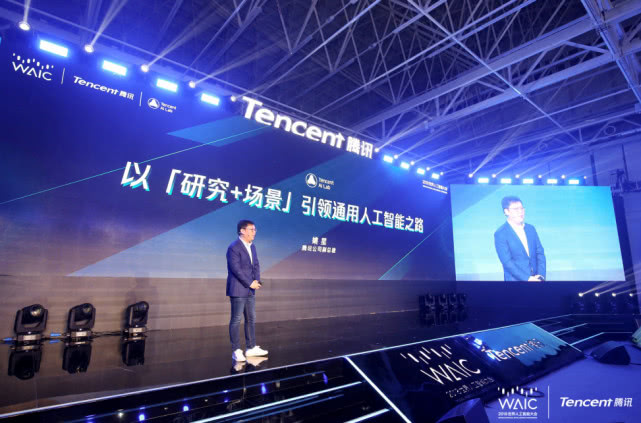 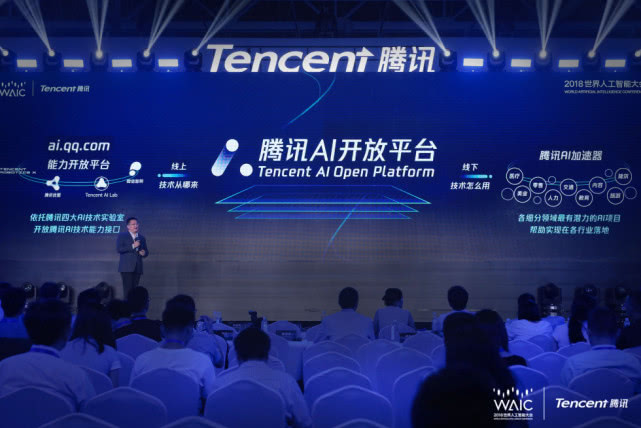 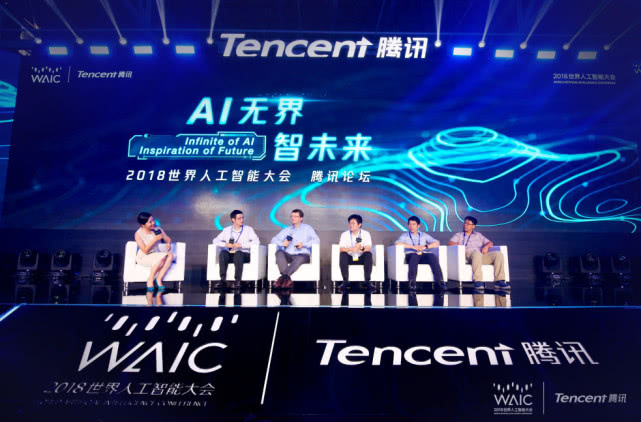 In the high-end dialogue, big coffee gathers and talks about the future of AI. Deputy General Manager of Tencent Open Platform, General Manager of Universal Skyspace Wang Lan, Dr. Yao Jianhua, Thomas · Sandholm, Chairman and CEO of Cheetah Mobile Fu Sheng, co-founder and CEO Wang Guanchun, and founder of Yunnao Technology And CEO Zhang Benyu, around the theme of “AI Future Without Borders”, explores the development and practical application of AI technology, and conducts in-depth exchanges from the perspectives of industry-driven and future trends.

In terms of basic research, Tencent relies on AI Lab, Tencent Excellent, WeChat AI and other laboratories to focus on four major directions: machine learning, computer vision, speech recognition, and natural language processing (NLP). Yao Xing said that with Tencent AI Lab as an example, more than 240 papers have been published in four major academic conferences such as CVPR, ACL, ICML and NIPS for more than two years, ranking the forefront of domestic enterprises. In the research of game AI, Tencent AI Lab has moved from the complete information game of single AI such as Go AI & ldquo; 绝 & & quoquo; to the next tough fortress & mdash; — the rules are not clear, the task is diversified, the situation is complicated (Uncertainty , Diversity, Complexity) game types, such as StarCraft and Dota2 complex real-time strategy RTS games or multiplayer online competitive MOBA games.

On the way to promoting the realization of "general artificial intelligence", Tencent has also added a "powered robot" that is a powerful pusher. Dr. Zhang Zhengyou, director of Tencent Robotics X Lab, who made his debut publicly, said that in the era of robots that are automatically moving toward autonomy and man-machine generation, the lab believes that robotic ontology research is biochemical, smart, and precise. Six major trends of tactile, multi-robot collaboration, human-computer interaction and medical assistance, in order to achieve technological breakthroughs, should focus on the core capabilities of intelligent robots from A to G, including the ABC basic capabilities & mdash; — artificial intelligence (AI) ), Robot Body and Control, and explore D to G capabilities — representing the robot's intelligent trends; — Evolutional Learning, Emotional Understanding and Personification (EQ), Flexibility, Finally, it is the ultimate goal of becoming a Guardian Angel.

In the application of AI, Tencent will focus on content, social, medical, retail, games and other fields to achieve technology. In terms of AI+ retail, Wu Yunsheng shared the smart solutions of the Tencent Youtu Lab for retail supermarkets, shopping centers and other scenes —— Tencent excellent Mall smart retail system. Once the customer enters the store, the shopping guide can immediately identify whether he is a VIP, and how his consumption records and preferences; through the passenger flow track calculation, which area in the store is most popular with customers at a glance; through & ldquo; brush face & rdquo;, one second to complete Member certification and payment. Wu Yunsheng also said that an important breakthrough in the field of computer vision may bring "a burst of artificial intelligence". Tencent U-Lab has just been upgraded to Tencent Computer Vision R&D Center, and will focus on and strengthen its investment in computer vision in the future.

In the medical direction, Tencent's first AI+ medical product, “Tencent Shadow”, realized the use of AI medical image analysis to assist doctors in screening esophageal cancer, pulmonary nodules, diabetic retinopathy, colorectal cancer, breast cancer, cervical cancer And other diseases, as well as the use of AI auxiliary engine to assist doctors to identify and predict the risk of more than 700 diseases, has now reached cooperation with more than 100 top three hospitals in China. Dr. Yao Jianhua said at the forum that scientists are using technology methods such as mathematical modeling, medical feature engineering and machine learning to help the medical industry. In the future, Tencent's “AI+ Medical” will focus on creating medical solutions for the entire process of “screening, diagnosis, treatment, rehabilitation”. At the same time, as one of the first batch of national new generation artificial intelligence open innovation platforms announced by the Ministry of Science and Technology, Tencent is driving AI+ medical cooperation and innovation from four dimensions: innovation and entrepreneurship, industry chain cooperation, academic research and HP public welfare.

In this sub-forum, Hou Xiaonan, vice president of Tencent's mobile Internet business group and general manager of the open platform, announced the official release of Tencent's AI open platform AI.QQ.COM. The platform is now open to more than 100 AI-capable interfaces, covering more than 10,000 partners. In the test period, the daily call has been over 100 million times, and the cumulative call has been 10 billion times. Hou Xiaonan said that the current demand for AI in various industries is deeper and wider, but there are still barriers between AI technology and industry scenes. To create Tencent AI's open ecology, the goal is to connect Tencent's AI capabilities and industries, to help partners, and to promote the continuous advancement of AI technology and applications.

As part of the opening of Tencent AI, Tencent AI Accelerator focuses on the help and support of AI entrepreneurs, accelerates business growth from technology, mentor, industry resources, market, investment, etc., and works with partners to create industry solutions and promote All walks of life <; wisdom & rdquo; can be upgraded. Hou Xiaonan also officially announced the launch of the second phase of the Tencent AI Accelerator at the forum. According to reports, the 40 member companies selected from the 1,500 projects focus on medical, retail, robotics/hardware, and enterprise services, with a total valuation of 13.5 billion.

The previous 25 projects of Tencent AI Accelerator Phase I increased from 7 billion to 26 billion in 9 months and formed a 15+ industry solution. Among them, the customer service robot developed by the company has already landed in O2O, e-commerce, finance and other industries, and solved 85% of common customer service problems at a cost of 10%, becoming the customer service team's “subtraction artifact”. Bello, which introduces AI technology in the recruitment industry, has built a smart recruitment system that has served hundreds of companies. Its resume analysis and intelligent matching capabilities can more than double the efficiency of enterprise HR.