Millet announced the opening of the retail system, the total number of millet home will reach 700 by the end of this year. 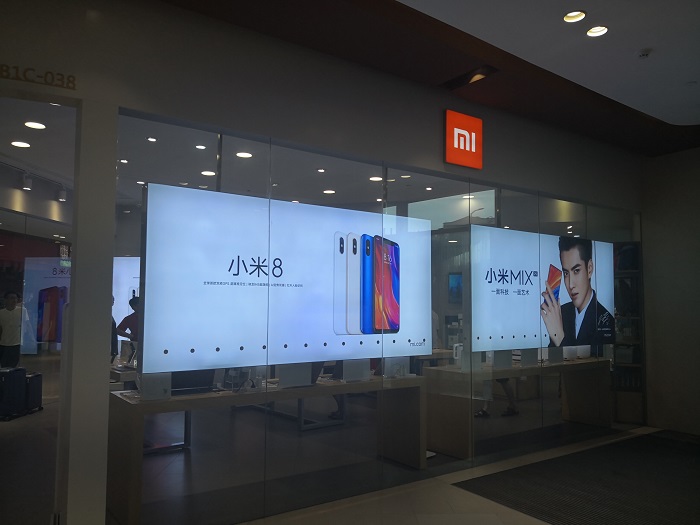 The millet group announced at the new retail bidding conference that the millet retail system will be opened nationwide, allowing people from all walks of life to participate in the new retail construction, and will be fully covered by the end of this year. After the millet group research combed, recommended the country's high-quality business circle nearly 200, at present all circles of cooperation has been confirmed to be stationed in nearly half.

In mid 2017, the chairman and CEO Lei Jun of millet announced that it would open 1000 stores in 3 years. According to a report from the China Merchants Conference, Millet House will exceed 500 by October 1 this year. By the end of 2018, Millet House will open 700 stores, and millet authorized stores will exceed 2000.

In July 2018, the Millet House opened in Tongzhou Wanda, Beijing, and the store image was upgraded, announcing the entry into the 3.0 era. Firstly, Millet House developed and used grid walls on a large scale, which not only showed the richness of products, but also looked like symbolic totem decorations; secondly, a more hierarchical set of rich life scenes in Limited store space, and the size of the scene interlaced; finally, the products began to penetrate into the various stores. Scene and corner.

It is reported that in October 1st of this year, the third flagship store of millet house will soon be located in Han street, Chu River, Wuhan.

Related news
Brushing and shaking hands on the 43-inch vertical TV experience? Samsung launches The Sero TV (picture)
Hot news this week
Rich AMD b550 motherboard: 55 models are fully exposed
Director Wang Jing! Tencent Video: see you on May 22
Huawei the cheapest 5 G phone! The Z 5G is about to be released :90 Hz Water Drop Screen Plus
Microsoft speed! Windows 10 2021 will come next month
Why does China's semiconductor industry not have to be pessimistic?
Japan's first listed company goes bankrupt: China Ruyi group's abacus fails?
Three generations of sharp dragon make new! Amd ryzen 7 3750x / 3850x exposure: 105W super frequency little prince?
Tao Lin, vice president of Tesla China Foreign Affairs: Shanghai Super factory is expected to refresh "Tesla speed"
Honda China and Tencent sign a memorandum of strategic cooperation to explore the upgrading of the auto network service
Seven manufacturers, such as Xiaomi, oppo and vivo, are too slow to join the mutual transmission alliance? On the spot
The most popular news this week
The wool party is crying! US $3 billion in unused gift cards per year: Starbucks makes 140 million in cash
Alipay flower buys 2 tons of Huanggang roll to give the high school student net friend: this hobby is heavy.
Samsung's black screen system crashed because leap made a calculation error in April and lost more than 1000 photos after users repaired it
Huawei holosens released the next generation camera, saying it would build the first brand of machine vision
HuaweiEMUI knuckles screenshot upgrade plan :6 glory by end of may
Pinduoduo Gmv "water injection" doubt: next lucky?
Tiktok is also needed to make chips. Official denial: false information
Wang Jian said that he and Ma Yun are like Haier brothers: two ignorant teenagers have a lot to do with each other
14nm technology has been mass produced in Huawei Kirin chip, 7Nm international R & D for a long time
American technology industry "big escape ": suburban refuge