In the distant future, settlement on Mars may become a reality. The first people to choose Mars as their final destination will need powerful, easy-to-use housing. Recently, a design firm called Open Architecture and Xiaomi have jointly released their imaginative Martian habitat art concept map - a Mars living cabin with practical functions and minimal aesthetics. 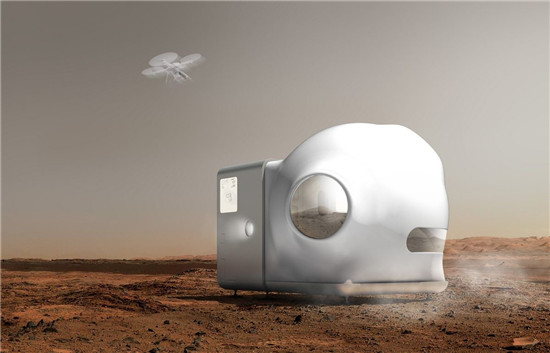 This Mars living cabin looks like a combination of a steampunk-style camper and an external constellation. The interior is designed with a minimalist design that is easily accepted by humans.

The project, named Mars Living Cabin, is a Mars House created by Xiaomi and Open Architecture Architects to work with young people.

Two hundred years ago, Thoreau lived alone on the shores of Walden to reflect on the true meaning of life.

Today, when we are faced with an environment of environmental crisis and endless desire for consumption, House Vision provides a valuable opportunity for OPEN Architects and Xiaomi to jointly launch a exploration experiment on future life to explore architecture and product integration. The possibility of exploring how design can influence and guide the future of life; to explore whether the future of the home can accompany us to break away from the constraints of reality and pursue the ultimate tranquility and freedom.

We put the experiment in a limitless situation - when humans immigrate to Mars and live in this distant and lonely red planet; this means that we have to put material life to a minimum - this is what modern life gives us And we are hard to give up; we must achieve a recycling cycle of resources - this is what the Earth has always provided us, and we are used to it.

When we begin to examine the essence of material life from minimalism, when we begin to cherish every drop of water, every food, enjoy every fresh air, is it the true meaning of peace and freedom? Is it the essence of our future residence? And this kind of thinking in the extreme situation may be the most precious life revelation for us in the earth.

When Xiaomi created a technology product and building integration; when space was released to a free lifestyle; when the network connection between products was upgraded to physical connection; the home became a circulation system containing energy, water and air.

This is OPEN and Xiaomi's first home for young people: MARS Case/Mars Living Cabin, a self-circulating, zero-pollution home, a minimum transport size based on 2.4m*2.4m*2m, the lightest The flexible home of inflatable materials, a future home that allows us to pursue the ideal country with freedom. 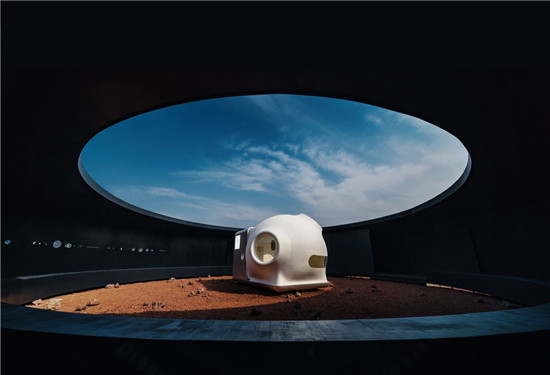 This idea sounds great and fits into a garbage-free plan that Mars travelers may try to follow in the future, but it is still in the concept stage. Buildings may not be considered for the first time when humans are sent to Mars, but if the idea of ​​Mars living cabins can be achieved, it should be shortly after humans boarded Mars.

Rather than carrying a pre-built small house to Mars, it is more likely that a situation will be achieved: astronauts will use as much material as possible from Mars itself to build a dwelling, or build a 3D printed structure in flight. building.

Related news
What is the Mars 2020 Mars Rover? Go to the NASA assembly room and have a look.
NASA Mars 2020 probe completes the first "stand up"
Huaqing launches Mars ucff PC: Intel eight generation core platform volume is only 0.74L
NASA showcases a new generation of supercam cameras to be used in Mars 2020
Hot news this week
Xiaomi's new keyboard and mouse product: keyboard can't only be used for typing
$101.58 billion! China's integrated circuit exports hit a record high in 2019: processor accounts for 35.1 per cent
Ali, Tencent join the bureau," health code "can really replace the pass?
Opening of AMD's official store: Ruilong Limited gift box $150
Novel coronavirus pneumonia CDC may be followed by China's suspension of work and suspension of school
Here comes the 7 nm sharp dragon! Lenovo released ideapad slim 7 amd version on the US official website
"Cloud conference" is coming! Suning will broadcast Huawei new product conference live: held online on February 24
Samsung TV's global sales volume is the first for 14 consecutive years: qled is twice as big as LG OLED
Alipay's 240 thousand living materials rush to Wuhan, including 70 thousand packets of diapers / sanitary napkins, etc.
Climate change may dry up this river in the United States. Millions of people will be seriously short of water
The most popular news this week
With AMD's meat eating, Tongfu micro electronics took down the 7Nm Reebok packaging order and made more money
Liang Hua, chairman of Huawei: to establish the first 5g manufacturing plant in Europe in France
Apple's new patent: Auto unlock iPhone with AR helmet or smart glasses
Google Earth can finally be used in browsers other than Google Chrome
Wechat's video exploration further
The world's first mobile phone supporting the Indian version of "Beidou": realm X50 Pro
Ali AI assisted the judge to complete the Internet trial in 30 minutes
Huawei's multi screen collaboration is open to third-party PCs: the first batch supports Lenovo, Dell and HP
Tesla fell more than 5% in the first half of the trading session, and the number of new car registrations in China fell by 46% in January
Samsung Galaxy Z flip evaluation: the new direction of folding screen, will "bend" to play