The charging phone automatically subscribes to the presidential suite. Police: Excluding the implanted back door or being controlled 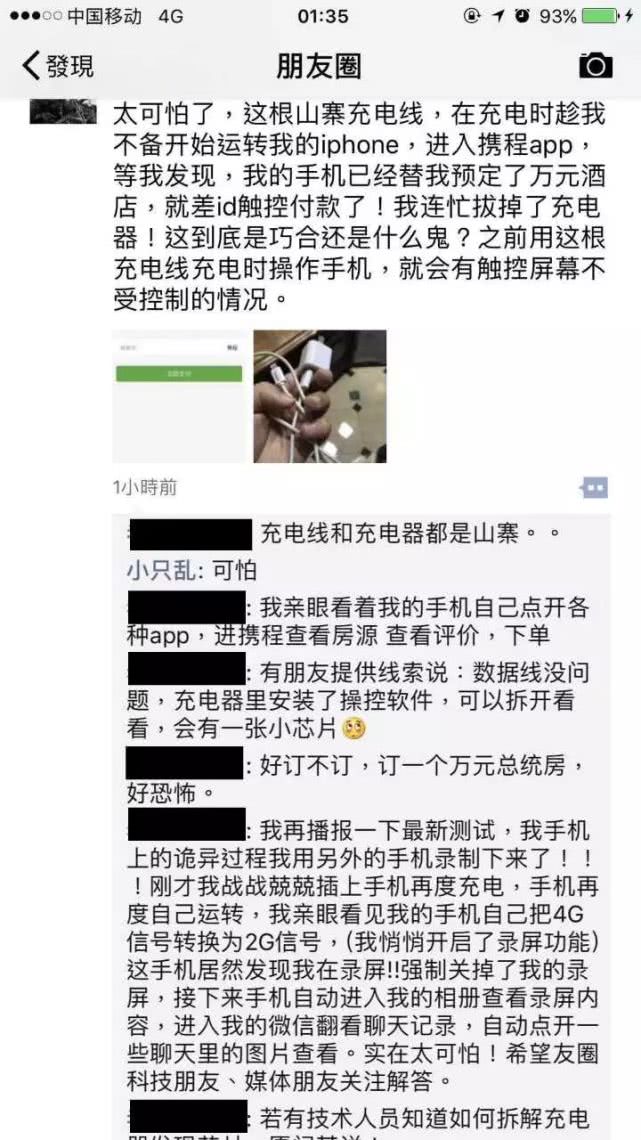 So, this quite strange phenomenon is caused by the quality problem of mobile phone chargers, or is it implanted with malware? At present, the Qianjiang Evening News has obtained the latest progress from the public security department.

Exclude the possibility of implanting the back door or being controlled

In these few days, the reporter of the Qianbao Evening News has been in constant contact with the owner, Ms. Yang. Ms. Yang said: "I didn't expect everyone to pay such attention to this matter. Seeing good multimedia has reprinted the report of the Qianbao. "Ms. Yang has also received telephone interviews from many media reporters, and some technology companies have indicated that they can conduct mobile phone testing.

After the incident, she chose the alarm and made a transcript. After the report was published, the local public security department of Jinhua intervened in the investigation and took away the mobile phone and non-original charging equipment. Ms. Yang said, “I hope to have a result as soon as possible”.

At noon on October 11th, Qianbao reporter got the latest news from the public security department: “Recently, my corps (referring to the Zhejiang Provincial Public Security Department Network Security and Security Corps) saw the media article “Positively charging mobile phones, automatically booked the Presidential Suite” Later, Ms. Yang was contacted in time, and the relevant security technicians were tested on the mobile phones, charging heads and data lines used at the time. The possibility of the mobile phone being implanted in the back door or being controlled by the data line has been ruled out. ”

The reporter of the Qianbao learned that the test also found that the charging head has high output voltage, instability, and high electromagnetic field, which may cause the screen of the charged mobile phone and the adjacent mobile phone to appear in the unmanned operation. Randomly beating phenomenon.

The charger failed, resulting in a large number of pulse signals in the current

In this test, Wu Zhuoqun, senior vice president of Hangzhou Anheng Information Technology Co., Ltd. participated in the whole process. On October 11, he disclosed the test to the Qianjiang Evening News reporter.

The device being tested is the iPhone7 (A1660) rose gold mobile phone, non-original charging head, non-original data cable that happened to Ms. Yang. 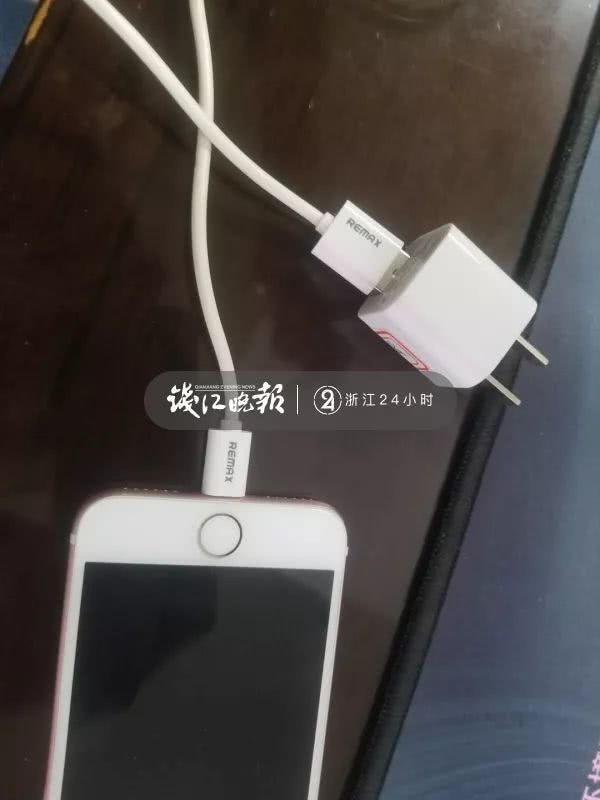 The entire test is divided into 8 groups ——

Test 4: Test the charging voltage with a multimeter and find that the average voltage is higher than the normal charger.

Test 6: Put the test phone that is charging with the problem charging head and put it with another phone (without charging and doing nothing). The other mobile phone is infected, and there is also the problem of automatic screen operation. In this case, it can be judged that the automatic operation of the screen is not performed by data line data communication.

Test 8: The voltage waveform was measured and it was found that there was a large number of voltage spikes in the charging head and the voltage peak was very high. This means that voltage spikes cause irregular pulse signals that interfere with the electric field above the screen and make the phone malfunction. Because of this, the surrounding electromagnetic strength is too large, leading to the phenomenon of "infection" in Test 6.

Wu Zhuoqun said that after 8 tests, the possibility of the mobile phone being implanted in the back door and controlling the mobile phone through the USB data interface was basically eliminated. “The results of this test are basically consistent with the previous preliminary analysis”.

Choose the original charging device as much as possible

A few safety reminders to pay attention to

Although the possibility of implanting the back door or being controlled is ruled out, there is still doubt: the experiment does prove the possibility of jumping screen, but the video provided by Ms. Yang has switched to 4G mode and switched back to 2G mode and returned to the album, and Ms. Yang. The phenomenon of placing an order, etc., involves multiple steps, and seems to be logical.

In this regard, the Qianbao reporter consulted a number of professionals in the industry, their views are similar. —— these operations seem to have logic, in fact, due to voltage instability, but this situation is compared with Ms. Yang. Rarely, this seemingly logical phenomenon is caused by a large amount of unordered operations over a long period of time.

Tencent mobile housekeeper security expert Yang Qibo said: After charging, the screen of the mobile phone is not controlled. It is because of the problem of the charger of the cottage, which causes the voltage of the charging to be unstable, causing the screen to jump. It is not a targeted malicious attack.

For the "random operation of the screen caused by pulse current", the senior expert of Ali Security Pandora Labs said: "In part, it is a small probability event, but because Apple users are hundreds of millions of scales. Therefore, there are not a few users who have such anomalies. In fact, before Ms. Yang, the news of similar failures has been disclosed many times in China. ”

More netizens pay attention to the truth of this matter, because of concerns about their own mobile phone security. After all, under the user base of such a large mobile phone number, many people are using non-original chargers.

Tencent mobile phone housekeeper security expert Yang Qibo suggested that you should avoid such problems by choosing high-quality original charging equipment as much as possible.

If you don't have an original charger on hand, you can choose to charge the computer. “ However, it is recommended that you do not use the phone when connected to the charger in case you are not in need of a mobile phone. This has a certain damage to the battery, and it is also easy to cause a safety hazard due to the use of a large amount of heat when the mobile phone is charged. ”

Wu Zhuoqun said that Ms. Yang’s situation is quite special and we don’t have to worry about it.

He reminded that the following points should be noted to minimize security risks:

1. Don't use the untrusted charging interface casually (especially when you insert it, the phone screen will pop up on the screen if you need to click “When you are prompted”);

3. Do not connect some untrusted public WiFi;

5, compared to Apple's iOS system, Android system security is slightly lower, so install the app on the phone only grant the minimum permissions required, if not, do not open in "developer mode" & rdquo; USB debugging & rdquo; function, do not root the phone.