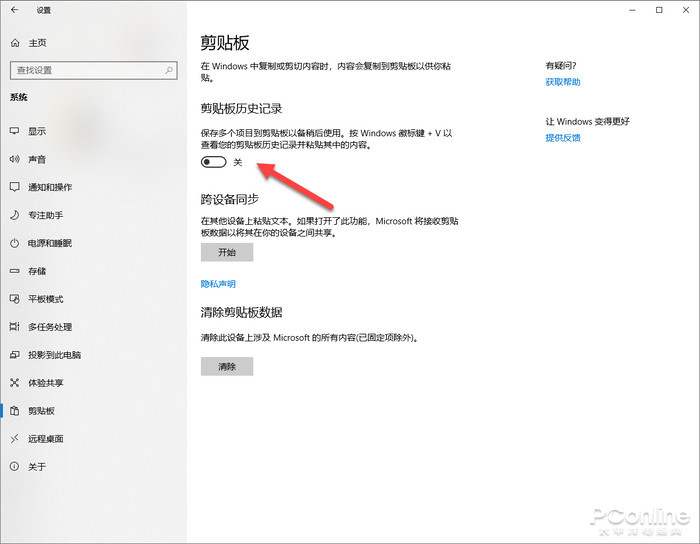 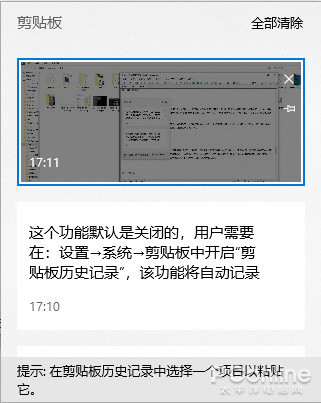 However, at present, the clipboard tool only supports the storage of text content and screenshots, for users to copy files and other content can not be stored. The window of this tool can not be moved, and the loss of focus will be automatically hidden.

In addition, the Clipboard tool also supports the cloud function, that is, users can paste text copied from the computer directly into the phone. How do we achieve this function? You need to install an input method called SwiftKey in your cell phone. Well, the scene in that joke has been realized. Xiaobian tested it, and did not succeed in synchronization. 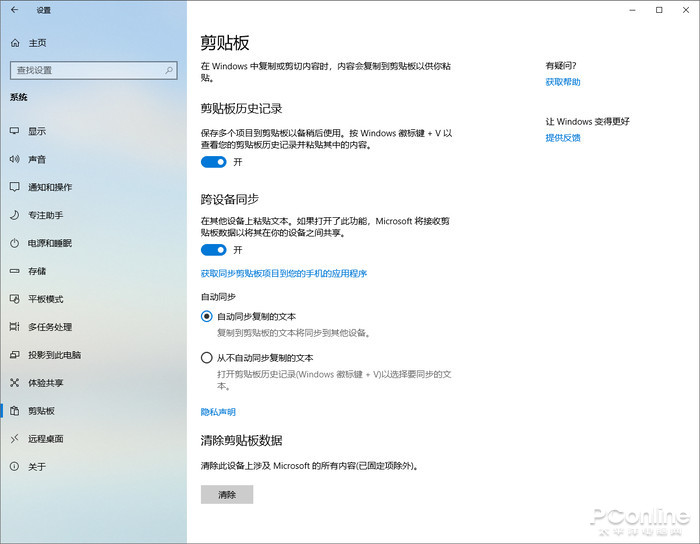 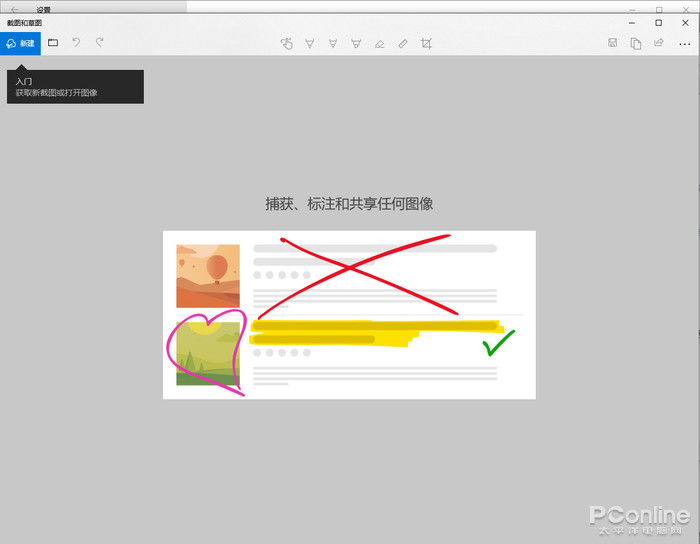 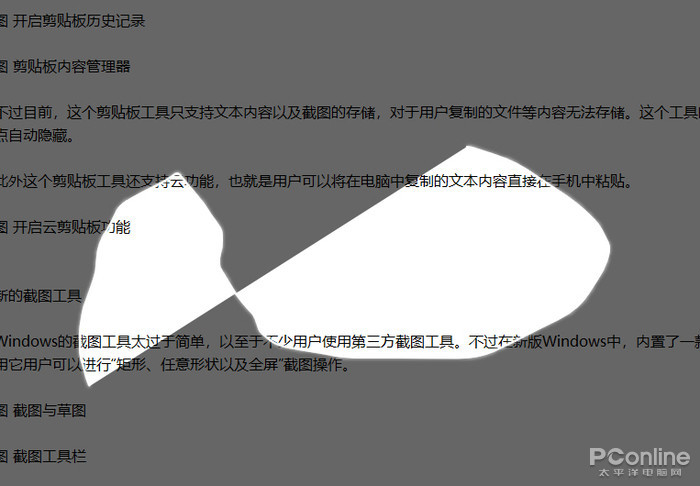 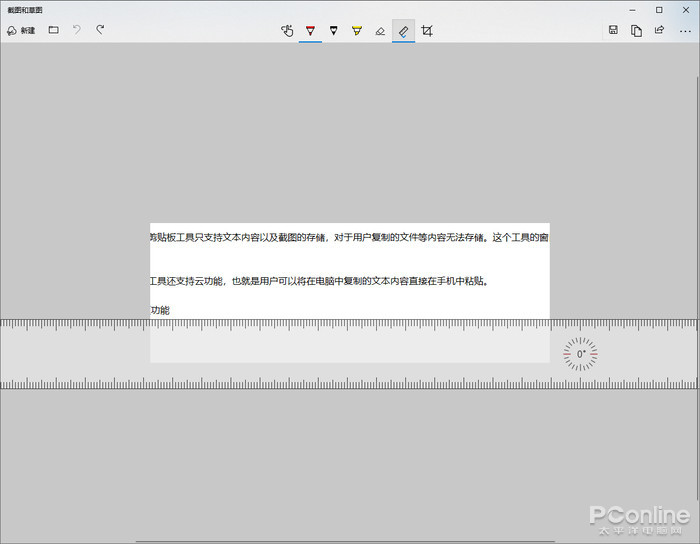 As a successor to IE browser,MicrosoftEdge browser invested a lot of manpower and material resources, each system more detailed will bring new changes in Edge, the update also brought a lot of new features to the Edge browser.

It can customize the function buttons displayed in the toolbar.

In the reading mode, the line focus function can be used to highlight the content.

It can import bookmarks and browsing records of other browsers.

You can collect, read lists, record and download contents in the collection column.

By selecting keywords in web pages, you can use little Na to search with pages. 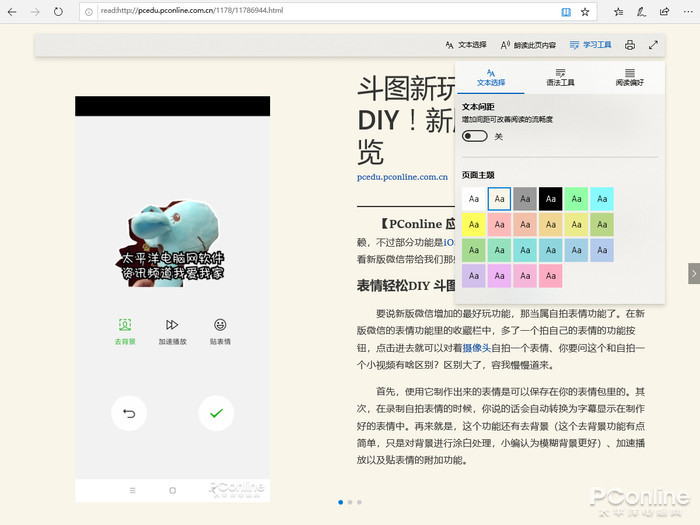 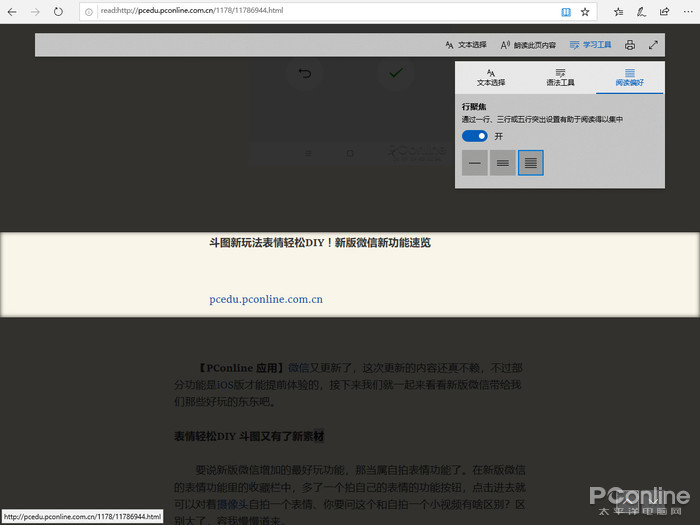 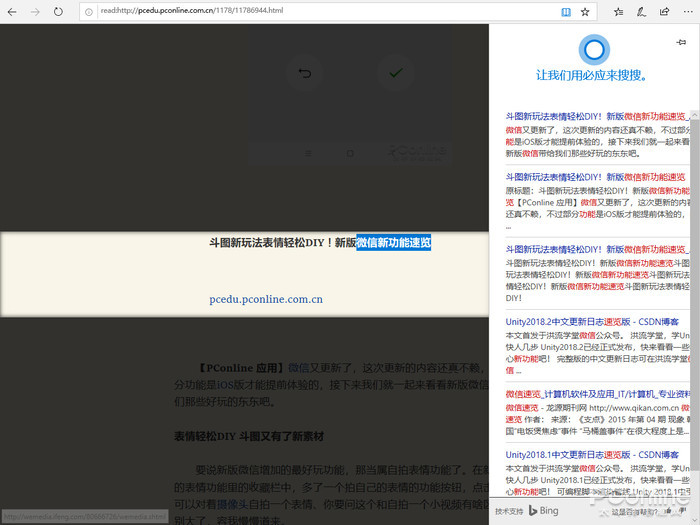 Figure 17 search for the same page

The "Use Bing Search" option has been added to the right-click menu of the Notepad to facilitate users to search the selected keywords quickly. Two new definitions, Unix/Linux/Macintosh carriage return without line break and line break with line break, were added specifically for notepad. 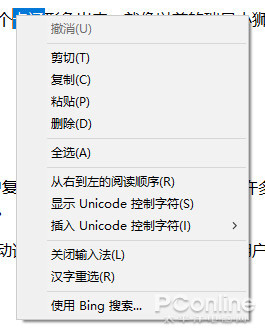 The system's built-in five-stroke input method adds a new "five-stroke phonetic mixing" mode, so that for users who can't use five strokes, there is no need to switch the input method. In addition, Microsoft has added the AI function of "input opinions" to the input method to help users input words and spelling corrections quickly and improve input efficiency. 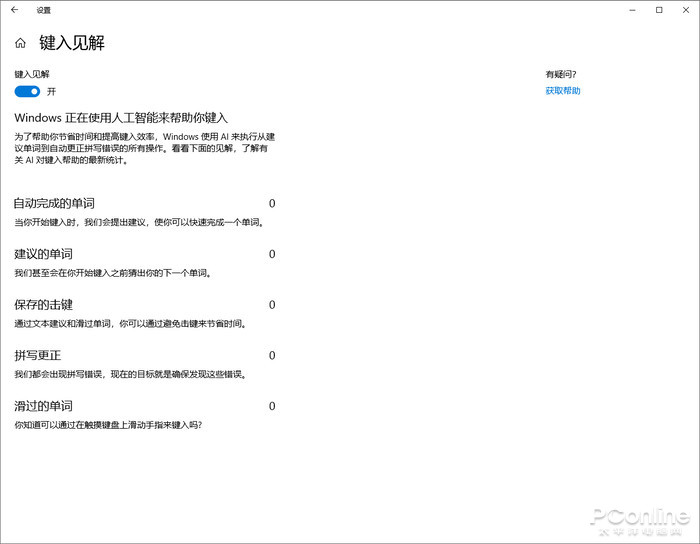 System mirroring is no longer integrated with external drivers such as printers and scanners. This means that if the new Windows is installed, you have to prepare the corresponding peripheral driver. Microsoft's move is to reduce the size of the Windows installation package.

Game Bar increased volume control function, it is said that FPS can also be displayed, but Xiaobian did not see.

* biometrics can be used to verify the identity of remote desktop.

* the use of the power supply in the task manager is displayed.

Your Phone – you can make it.IPhoneAnd Android phones quickly share photos with Windows 10 PCs, Android phones also support sending and receiving text messages on the PC side, and will be able to use Android applications on the PC side in the future, but this feature is not yet available.

3/ is easy to encounter problems and solutions after upgrading 1809.

Bug is easy to encounter problems and solutions after the withdrawal of upgrade 1809.

Next, I want to talk about why Microsoft has to withdraw this version. There are two reasons. One is that when you install a new version, it will cause the user to lose the file in my document (and some desktop files have been deleted), it is said to have been deleted, there is also a saying that just changed my document has been changed the path, the original directory there are, there are recruited users can look for. (new push has restored this bug).

Don't underestimate the content of my document. Even if you don't store it there, it's an archive of some games, chat catalogs for some chat software, and a lot of software that stores data files there.

Some users suspect that the OneDrive folder protection has caused this problem, and the most frightening thing is that continuing to use this version will continue to cause this problem, but this statement has not been confirmed, so you should backup my documents and desktop files first.

The following is quoted from micro-blog, which may be the reason why my document was deleted.

In Windows 10 Version 1803, some users feedback that enabling known folder redirection results in blank folders in the old location. Then Microsoft added code to Windows 10 Version 1809 to solve this problem and automatically deleted the folder at that location. Unfortunately, a problem with this code led to a direct deletion of user files, and deleted files were not limited to previously mentioned document folders. Folders and files that may be deleted include: Windows 10 desktop, document folders, picture folders, screen shots, camera film, etc.

Fortunately, Xiaobian has always had the habit of changing my document storage directory after installing a new operating system, and this time there is no way out. If a user can contact Microsoft, Microsoft will provide data recovery tools. 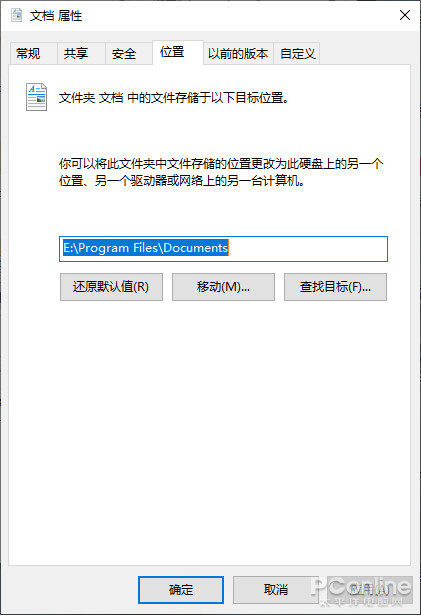 Figure 20. Modify my document directory after loading the system.

Another bug is that many APP cannot be networked after updating. The solution to try is to set network and Internet change adapter options select a network card right-click properties check to enable Internet Protocol Version 6. 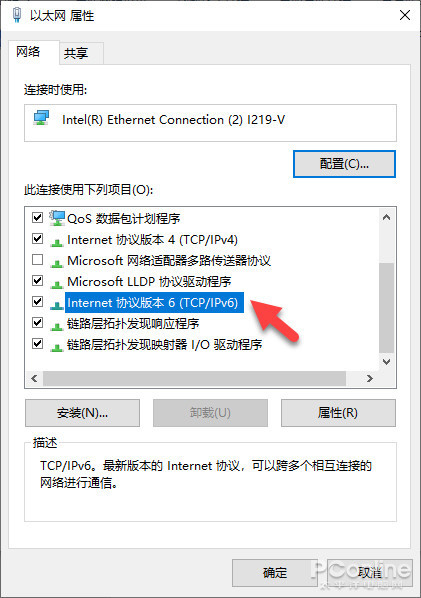 For Microsoft, it is wrong to delete Bug of user files in a major update. Of course, there are other Bug, such as the task manager CPU dosage is not accurate, for example.IntelShow compatibility of audio device drivers, etc.

And a bug that doesn't count as a bug, in the new version of the system's disk cleaning, added a "download" option, you can not check. In addition, the old system takes up 35G of disk space after this update, so confirm that the new system is working properly, and clean it up (disk cleaning clean up system files). 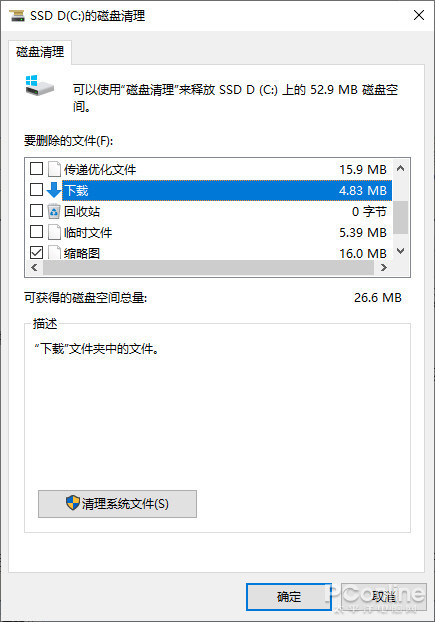 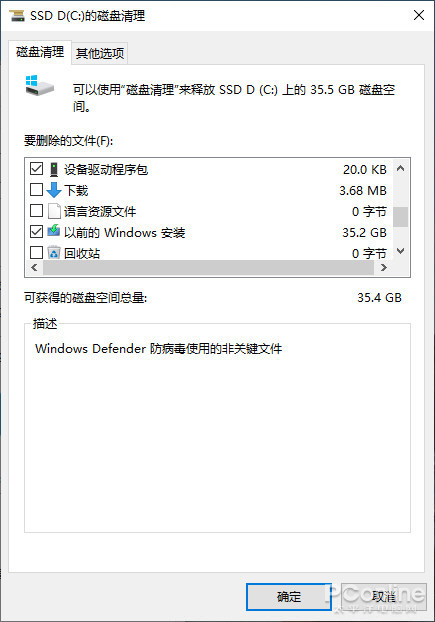 Currently, Microsoft has updated the big BUG version, and users can use Windows update function to get patches. The new version is also being pushed back. 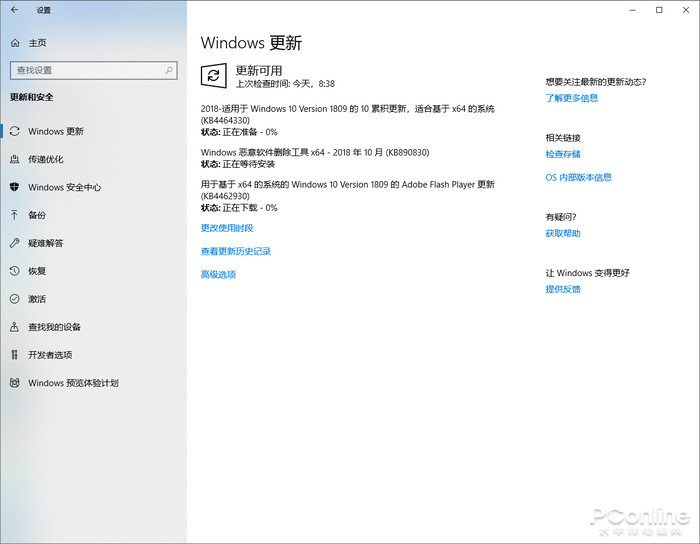 Figure 24 has been patched.

The Windows 10, 2018, October update, bring users not many new features, Bug is quite a lot, in the case of wanting users to popularize Windows 10, this still happens, it is not their own face? More tests, don't rush to achieve, after all, the update is the operating system, an inattention, it will lead to user losses or even major losses, Microsoft you do not worry, Microsoft you have to rely on spectrum!