We have seenMicrosoft Community ForumwithRedditBoth have reported this issue, and most complaints point toIntelAudio drivers, but there are some users who claim that other hardware is also affected. Some reports indicate that the problem mainly occurs on HP devices, but at the same time, some people say that Asus laptops have encountered the same error that caused the driver to disappear.

"Last night I installed the cumulative update KB4464330 to runWindows10 version 1809 on the HP laptop. The installation is successful and the laptop is restarted. However, when it restarted, it found that the patch removed the Intel Hi-Fi audio device driver. Unfortunately, the new driver could not be installed. ” 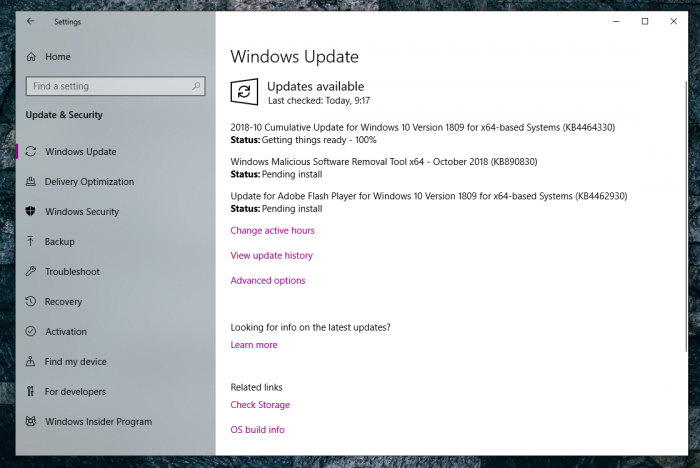 Curiously, although more and more reports indicate a problem with the cumulative update KB4464330, the official knowledge base page still claims that no such problem has been discovered at this time, but Microsoft has confirmed that it is investigating the blue screen of death error mentioned above.

There seems to be no workaround available at this time, so the only way users can do to recover audio is to completely remove the cumulative update.