Ma Huateng: the automotive industry is the focus of Tencent to B business. 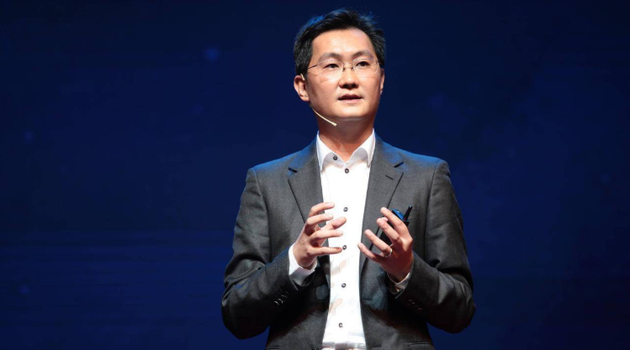 According to Ma Huateng, Tencent is developing on-board Wechat, considering the use of full voice interactive mode to send and receive messages, and with the combination of on-board hardware, to achieve safe transmission and reception of messages through the steering wheel button.

In terms of usage details, Tencent also considers the design of user status reminders, which can be easily converted to Wechat calls when sending and receiving messages. At the same time, friends can allow the owner to know where his car is. In order to drive safely, voice interaction can also help car owners map navigation. Not only that, the small program will also be applied to the automotive scene, and get a brand new application.

Although many car companies have a high voice for Wechat boarding, Ma Huateng stressed that the delay in launching is to strictly control the design, to ensure safety first.

In the past two years, Tencent has carried out in-depth exploration in the field of vehicle networking security. According to Ma Huateng, Tencent has seven major laboratories in the security field, including Cohen Safety Laboratory, which has previously discovered several high-risk security vulnerabilities in Tesla and BMW Networks, and realized remote control of vehicles based on vulnerabilities.

The following is the full text of Ma Huateng's speech:

After 20 years of development, Tencent has become an Internet-based technology and culture company, we hope to improve people's quality of life through Internet services. Just last month, we announced an important strategic upgrade: Tencent will take root in the consumer Internet, embrace the industrial Internet, and jointly build a new ecology linking consumption and industry (C2B). We believe that the first half of the mobile Internet is coming to an end, and the second half is starting. The focus of the first half is the consumption of the Internet, and the development direction of the second half is the industrial Internet. The automobile industry is one of the most important areas for Tencent to explore the industry internet. Next, I would like to talk about some views on the development of the automobile industry combined with the practice of Tencent. I believe that the future development of the automotive industry, the need for traditional automotive enterprises and Internet technology companies to work together, sink their hearts to polish the three basic skills: first, network connectivity, second, data processing capabilities, and third, security capabilities.

Let's talk about network connectivity first. We often say that intelligence, networking, electrification and sharing are the future trends of automobile development. In my view, these trends are mutually conditional, and interconnection is more dependent on cross-border cooperation. In the past, people and cars, cars and the environment, cars and vehicles are basically isolated, little information exchange. In the future, cars are not only a means of transportation, but also a large intelligent mobile device. In addition, the car will gradually take over the driver's driving tasks, the relationship between people and cars is undergoing profound changes. These changes will first bring about changes in the mode of interaction between people and cars. Ten years ago, we first had to consider how to translate the important functions and services of the PC Internet into the mobile Internet. Today, we are also thinking that young network Aborigines have become the main force of car consumption, and they are used to surfing the Internet anytime, anywhere. Many drivers have already caused traffic jams and accidents because of their mobile phones.

Let's talk about data processing capability again. Cars are increasingly becoming a data intensive industry. Each vehicle generates a lot of operation and interaction data every day. How does the service center analyze and respond in real time? How does R & D design department get insight and inspiration from massive data? Today, we need to help auto companies build their own networking cloud platforms and super brains to meet the challenges of the future. At present, Tencent cloud can provide big data application and intelligent decision platform for car companies, covering the whole industry chain of production, sale and after-sale, and also provides stable and reliable cloud computing capability for autopilot cars.

At the same time, Tencent's exploration and accumulation of core technology platforms for automotive driving can also help automobile companies. In particular, Tencent can provide three platforms: high precision map, simulation and data service. Here we mention our simulation platform in particular. Tencent has made full use of the advantages of game engine, virtual reality and cloud game technology to simulate the road environment and traffic flow in the virtual environment. Because automatic driving has to undergo a lot of road tests, Tencent's simulation platform can help companies shorten development time and reduce test costs.

Next, let's talk about safety capability. Intellectualization and networking bring new risks and challenges to us while improving the quality of life. When the automobile becomes an important node of the interconnection of all things, the system security and information security of the intelligent network vehicle is not only a supplement to the ability of the industrial development, but also the 1 in front of all 0. Unlike smart phones, the safety of intelligent network is a matter of life and death, and can not be ignored.

Over the past two years, we have also conducted in-depth exploration in the field of vehicle networking security. Tencent has seven major safety labs, including Cohen Safety Laboratory, which has previously identified several high-risk security vulnerabilities in Tesla and BMW Networks and implemented remote control of vehicles based on vulnerabilities. In Tesla's test, Cohen's researchers achieved remote control of Tesla during the course of driving by remotely cracking the brakes, open the trunk and so on, which are serious hazards to driving safety. In another test, Cohen's team also implemented remote cracking of BMW models that could send arbitrary diagnostic instructions to the grid remotely. Cohen's team reported the leak to the two companies and helped fix it in accordance with the internationally accepted collaboration model. The leak was first protected and won high recognition and awards from the two companies.

The manufacturing industry is the main battlefield of the digital economy, and the automobile industry is the top priority of the industrial manufacturing industry. To some extent, the intelligent network alliance is holding our dream of moving forward from a big manufacturing nation to a manufacturing power. Beijing's exploration in the field of new energy smart cars has the advantage of first mover. Last month, the Tencent obtained a road test licence for Beijing's automatic driving vehicle. Two years ago, Tencent set up an automatic driving laboratory in Beijing, and the main force of Tencent's car networking business is also in Beijing. It should be said that Tencent's rapid development in the field of smart network vehicles owes to Beijing's superior talent, policy and industrial environment. I believe that Beijing is determined and capable of exploring the new mode of transformation and upgrading of China's automobile industry. Here, I wish the world intelligent network auto conference a complete success.

Related news
Hot news this week
Samsung and research team found a new semiconductor material: amorphous boron nitride (a-bn)
What does Huawei mean to Chinese semiconductor?
Attack Tencent hinterland byte jump start long video Secret War
The Facebook Regulatory Committee, which came into operation this fall, could overturn Zuckerberg's decision
Amd releases driver update for radon 20.7.1 to introduce new error reporting tool
Oxford University expert: the new coronavirus has been sleeping all over the world, not originated in China
Microsoft stops win10 update in May: for users using storage pool function
Huawei: 5g hardware not affected by White House sanctions can be supplied to the UK in the next five years
Successful development of new coronal vaccine in the United States? The subjects said they had antibodies: they were vaccinated two months ago
"Shandong Xiaomi Finance" lost Lu Weibing praise legal team: recently very powerful
The most popular news this week
Amazon ordered tiktok to be banned for seconds: hand skating?
The light of domestic products! BYD's customized version of Huawei P40 released
Galaxy S21 internal code, hardware details exposure price configuration may both decrease
A device called LG K31 is exposed: or will it be released in the next few weeks
Asian media say Samsung Galaxy Note 20 may actually be cheaper than expected
HMD plans to launch Nokia 2.4, also known as wolverine, equipped with eight core Helio P22 processor
ROG game mobile phone 3 is certified :6000 mAh battery with 30 W fast charge
has submitted a submission to the US side! Can TSMC and Qualcomm resume supply to Huawei?
"Reprisals" by the United States against France in the digital tax dispute, Expert: limited impact
Raise the price as much as you can! NVIDIA RTX 20 series production stopped