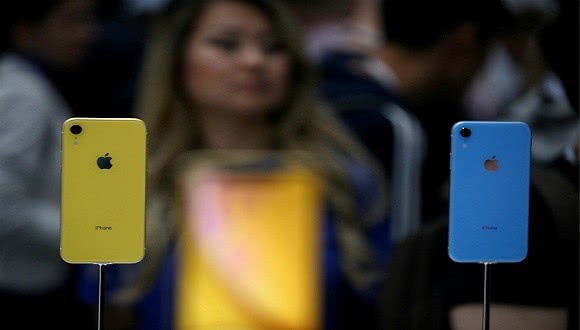 The iPhone XR was officially launched on October 20th, Beijing time. Judging from the supply of the first batch of products, Apple has put the biggest bet on this sale in the Chinese market.

According to sources from the industry chain, the supply of the first iPhone XR is expected to be at least 3 million units, of which China's domestic supply is more than 2 million units, accounting for more than 65%. It seems that Apple seems confident in the sales of XR in China.

As the most affordable model in Apple's latest lineup, the iPhone XR, which has a minimum price of $6,499, has been optimistic about the industry's most popular iPhone in the next two quarters before the launch.

A reference comparison is that Apple's iPhoneXS and iPhoneXS MAX, which were launched earlier this year, far surpassed the price of the iPhone X last year, reaching a maximum of 12,799 yuan. The high price has undoubtedly affected the sales volume, and the price of XS is also The ushered in a thousand yuan level of decline, which made Apple suffer.

Robert Cihraf, an analyst at securities analyst firm Guggenheim, previously released a report saying that the iPhone XR may have a negative impact on the average selling price of Apple's mobile phone, but this phone can help Apple get better shipments and attract those preparations. Upgraded users from iPhone 6, iPhone 6s and iPhone 7. He expects iPhone XR sales to account for 40% of all iPhone sales in the fourth quarter of this year and 50% in the first quarter of next year.

It has been three years since the iPhone 6 and 6s were released. For the holders of these two models, it is indeed a good time to update the mobile phone.

But from the current point of view, many Chinese mobile phone users have not made a decision to purchase. From the pre-sale level, the iPhone XR has less than 1 million pre-sales on the first day in China, which is less enthusiastic than the pre-sales of some domestic brands. Since its launch on October 20th, iPhone XR has been able to place orders in various color versions of its official website in China, and the supply is still sufficient.

However, when it was first released, the official website of the iPhone XR purchase interface showed that it could be officially shipped on the day of official launch on October 26. But now, the delivery time has been changed to “1 to 2 weeks& rdquo; after. In addition, Tmall's related order confirmation interface also shows that it will be shipped after 17 days. Currently, only Jingdong's delivery time is still displayed on the 26th. The extension of delivery time seems to be a signal of strong demand, but some people in the industry have questioned the possibility of hunger marketing.

Thanks to relatively low pricing, the iPhone XR of less than $7,000 is clearly more acceptable to young Chinese. Another attraction for Chinese consumers is that among the three phones released by Apple in September, both iPhone XS Max and iPhone XR have dual card dual standby capabilities, which is considered to be one of Apple’s intentions to win back to the Chinese market. Item "Localization" strategy. XR is nearly 3,000 yuan cheaper than XS MAX, and price-sensitive users will definitely prefer XR.

Due to the impact of work and life migration, tariff packages, and portability transfer, it is difficult to achieve. Many domestic mobile phone users have a number card with different attributions. The dual-card dual-standby phone function has become Just need for a few people. Apple CEO Cook also admitted in an interview that Apple has learned the importance of dual-card dual-standby in the Chinese market.

Why did Apple's sale this time pay attention to the Chinese market alone?

As Apple's second largest market in the world, China was once known as the cash cow of the mobile phone industry giant. However, the giant has suffered several setbacks in this market with important performance support in recent years.

According to market research firm IDC, in 2017, although Apple’s mobile phone market share ranked second in the world, in the Chinese smartphone market last year, Apple only sold 41.1 million units and 9.3% of the market. The share ranked fifth, down one year from the previous year. Ranked one to four, it is the domestic manufacturers of Huawei, OPPO, VIVO and Xiaomi who win by cost.

As everyone knows, this mobile phone industry giant was really not very good last year. The iPhone 8/iPhone 8S, which has high hopes, is underperforming. Although the iPhone X has sold well in the Chinese market, the overall market response is still not as expected. It wasn't until the fourth quarter of 2017 that Apple ended its six-day losing streak in Greater China with the iPhone X's hot sale. In addition, the newly released products are poorly colored and have begun to be questioned as having no new breakthroughs in their innovation capabilities.

The reason why the previous decline in revenue in Greater China was due to the user diversion caused by the rise of domestic mobile phones.

Due to the high-end positioning of the products, Apple's mobile phones have captured the hearts of white-collar workers, business people and fashionable young people with excellent performance and timely innovation. However, in recent years, domestically produced machines have been exerting strength on high-end models. Huawei's Mate series and OPPO Find series have performed well. Coupled with the relatively friendly price of domestic brands, the sales volume of Apple's mobile phones in the Chinese market has been limited. Squeeze. In addition, most Chinese users pay more attention to the price/performance ratio when purchasing mobile phones, which is why the domestic mobile phones that are “all cost-effective” can quickly emerge.

When promoting the iPhone XR in the Chinese market, Apple also screamed the slogan of “price/performance ratio”. Although the XR features a few discounts compared to the iPhone XS. 3D Touch is removed, the camera only provides single-shot, 720P screen resolution brings the display effect is not superior, and the criticized big black frame design may scare off some "yan control" consumers. However, XR's main function is not "water", not only equipped with Apple's most advanced A12 Bionic chip, equipped with 6.1-inch LCD profiled full screen and XS dual card dual standby function, and theoretically in endurance Aspects are even more powerful than XS.

In this case, the slightly lower-priced XR is currently the most suitable model for playing the price-performance card. Therefore, in the case of multi-faceted domestic brands, XR is likely to be used by Apple as a breakthrough in the Chinese market.

Previously, Apple also tried to introduce some “cheap” models, such as the iPhone SE. Although it helped Apple to lower the price to the range of 3000-4000 yuan, its targeting small screen market runs counter to the trend of big screens. It is also a flat response. There is also a cheap version of the iPhone 5 iPhone 5C, but the overall price and performance factors, the iPhone 5C does not have much competitive advantage compared to the same period.

Therefore, Apple used the iPhone XR to bet on the Chinese market. On the one hand, it is based on its own strategic considerations, and on the other hand, it wants to enrich consumers' choices in a wider price range. But in the highly competitive Chinese market, Apple's wishful thinking can be started, and a question mark will be drawn for the time being.

After all, compared to most domestic mobile phones, the price of 6,499 yuan is obviously not "less expensive". At the same price level as XR, there are many choices for domestic brands. OPPO Find X Super Flash Plus has a powerful camera function in addition to fast charging. VIVO NEX Ultimate solves the problem of “screening” through the lifting front lens design, and both are cheaper than XR. . Although the momentum of the Huawei Mate 20 national version has not officially announced the price, but according to the current information, it can also fight with XR.

For those consumers who are rushing to the Apple brand, the iPhone X, which has a similar price to XR, is also a good choice for price/performance. In addition, XR's dual-card dual-standby function, which is mainly promoted in the Chinese market, has long been the standard for many domestic mobile phones. In addition to the loyal “fruit powder”, this does not seem to be an attractive selling point. Of course, XR's biggest selling point is that it still maintains a sturdy A12 chip in the industry, and spends 6499 yuan to enjoy the most powerful mobile phone processor. This seems to be a good deal.

Earlier, foreign media reported that due to market optimism about the iPhone XR sales situation, Apple increased orders for this product this month. The report also stated that the order was originally scheduled to be scheduled for December. Interface News The September report also mentioned that Foxconn, an important supplier of Apple, revealed that capacity will be prioritized for iPhone XR. Because Apple is not satisfied with the sales of iPhone X last year, this time, the main sales are bet on the iPhone XR.

This time, "Bao", will Apple be right?