How does one plus mobile phone win the T-Mobile of the US operator? 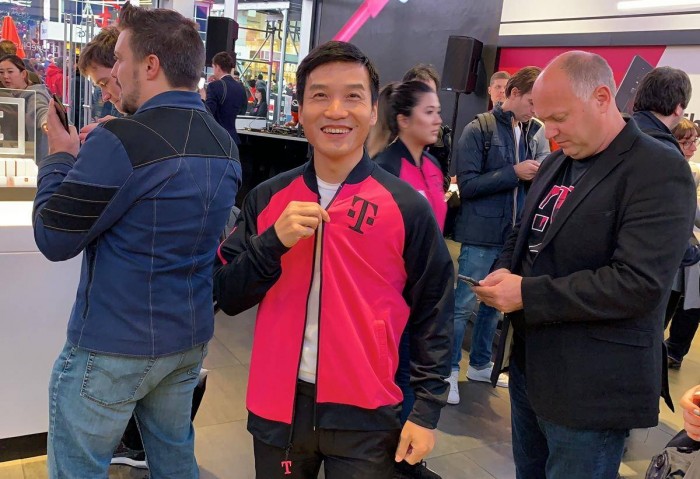 Unlike China, the U.S. smartphone market has more than 70% market share and absolute voice. At the same time, it is also the world's highest threshold of access to the market, with operators working on the quality of mobile phone requirements are very high. The U.S. carriers usually work together in three stages: negotiation, internal testing, and acceptance of carrier testing, which takes about a year.

"On the day of the launch, I asked T-Mobile if our cooperation broke their records. He replied that it was. According to their process, the general collaboration will take at least 16 or 17 months, but we have been in contact with them for the first time, and have been officially released for less than a year now, exactly about 11 months. Liu Zuohu told Phoenix network technology interview. From then on, T-Mobile will also make a plus reference for other mobile phones. 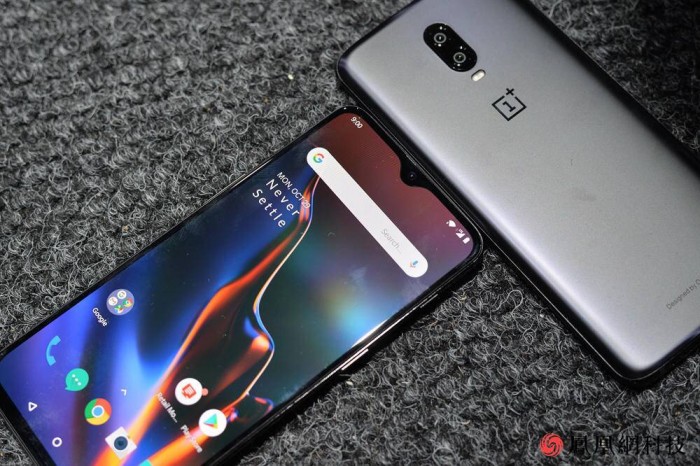 One plus 6T Overseas Edition

Through a friend's recommendation, Liu Zuohu flew from New York to T-Mobile's Seattle headquarters on November 20, 2017, and made his first face-to-face contact with T-Mobile's people. He said that the goal was very clear, that is, he wanted to cooperate with T-Mobile. Several T-Mobile executives he approached at the time agreed with Yijia's products, and even many T-Mobile employees were mobile phone users.

T-Mobile executives believe that most other CEOs are busy making money, but Liu is busy making products. Liu Zuohu said that in such a short period of time, there was hardly any obstacle to cooperation with T-Mobile. "This is a miracle!"

This year is the fifth year for the U.S. market, which has accumulated a large number of users over the years, although it was previously sold only through online channels. In May 2018, according to the latest data from IDC, a research institute, the smartphone industry, the market share of one plus $400 - $600 in the U.S. mobile open market was 44.3%, ranking first.

In the process of contacting T-Mobile, Yijia found that the product and operation concepts of both sides are very consistent, and the issue discussed is what the user feels. T-Mobile people said, "Say a word, and don't want to change one of the advantages of the previous one."

The life cycle of mobile phone products that operators cooperate with is usually very long, but when a new generation of products comes out, the previous generation of products will be off the shelves. "You want to sell it to you, but our users will not buy old products. At that time, the operator (T-Mobile) said, "OK, then I listen to you."

In other words, T-Mobile doesn't intervene too much after the two sides have reached a deal, as it used to. In addition, Liu Zuohu said that at present, there is no plan to cooperate with other operators at present.

In order to cooperate with 6T and T-Mobile, a promotional plan was announced at the same time. That is to say, American users can use old brands like apple, Samsung, Google and so on.Replace the old with the newThe maximum OnePlus 6T purchase subsidy can be $300. 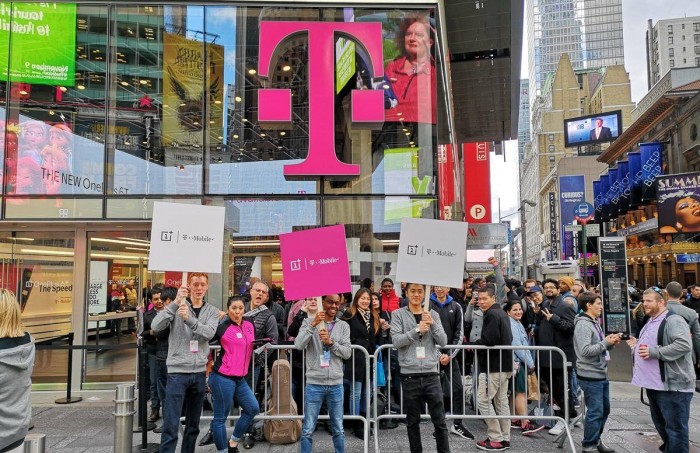 US users queue up for one plus 6T first pin.

This plan also played a good role in promoting the sales volume of one plus 6T. At 3:00 p.m. local time on October 30, T-Mobile's flagship store in Times Square, New York, had already lined up for its first sale. Liu Zuohu said that although the specific first sales figures have not been counted, but the store was originally planned to stock 500 units, and then temporarily added to 2000, but still not enough, and finally withdrawn from other stores 1,000 units plus 6 T past.

In 2017, sales amounted to $1 billion 500 million and about 70% of sales came from overseas. This is a typical mobile phone company outside the wall. Especially in the India market, Liu Zuohu is filled with pride every time he speaks.

As the world's second-largest smartphone market, Yijia has surpassed Samsung in the second and third consecutive quarters of this year in India's high-end smartphone market (selling for more than 30,000 rupees).

in the beginning of this yearHUAWEIAnd AT

Today, with HTC, LG, Sony and other brands in the U.S. high-end market share of the decline, the U.S. high-end mobile phone products to Samsung, Apple-based, for T-Mobile, high-end price segment of the lack of fresh word-of-mouth and quality flagship brands, one plus just provides a third choice.

Take the operator express to enter the mainstream market.

According to market research firm Statista, more than 200m smartphones were shipped in the United States in 2017, with a market size of $55.6 billion, while total sales in 2018 are expected to reach $62.9 billion. More than 70% of these shipments come from operator channels. Among them, T-Mobile had 75 million subscribers in the second quarter of this year, overtaking Sprint as the third largest carrier in the United States, behind only Verizon and AT

That is to say, if we want to get enough mobile phone sales in the US, we must enter the channel of operators. The partnership with T-Mobile means that Yijia is starting to enter the mainstream market on the global smartphone brand plateau with carrier express.

In an interview after last year's 5T conference, Liu Zuohu said, "2018 is a plus spring." He then judged that growth in the smartphone market slowed this year, small and medium-sized manufacturers accelerated their exit, and the overall market concentrated on the top manufacturers. Only do flagship mobile phone profit data health, in the process of shuffling, but there will be new opportunities for development.

According to Liu Zuohu, sales of mobile phones in Yijia have increased by more than 50% this year, but the final figures are still to be seen for the remaining two months. About a year later, when Phoenix Technologies asked him if it was spring for him to cooperate with T-Mobile this time, Liu Zuohu smiled and answered two words: "Early Spring".

One plus 6T experience: what about the first screen phone in the US market?

Foreign media evaluation one plus 6T: help one plus to become the fourth most famous mobile phone brands in the United States

One plus 6T opens the pre-sale: Xiaolong 845/ screen fingerprint released in November 5th