Successful cooperation with operator T-Mobile, one plus breaking the US market 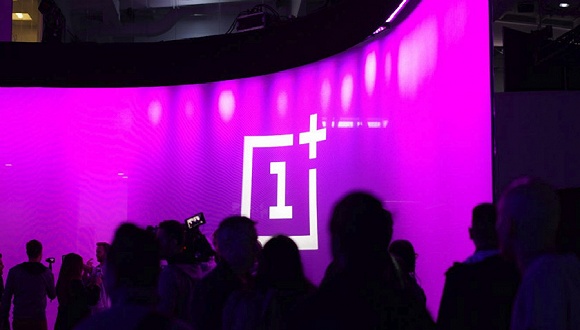 On the evening of October 29th, Beijing time, in a warehouse at Pier 36 in New York, Liu Jiahu, a CEO, joined the stage and started his speech in English.

He said that his English is not good. This is the first time that he has spoken in front of so many people in English. The embarrassment that appeared from time to time in the speech also set off the tension of Liu Zuohu on the stage.

Fortunately, he insisted on ending a short opening in English and received applause from the audience.

At the same time as the flagship new product added 6T in the second half of the year, Liu Zuohu also announced an important news: One plus will cooperate with US operator T-Mobile, starting from November 1st, in the latter's more than 5,600 stores in the United States. Sell ​​one plus mobile phone. This may be the motivation for Liu Zuohu to speak in English.

T-Mobile is currently one of the major domestic operators in the United States, with a user base of 109 million and a sales of 80 million smartphones per quarter.

But the relationship between Chinese mobile phone brands and US carriers is not unbreakable. If there have been cases of cooperation with ZTE and Coolpad before, in recent years, US carriers are basically insulated from Chinese brands. Huawei was close to working with AT&T, but it was not realized because of various factors. Other domestic mobile phone brands have also failed to cooperate with US carriers.

Like most domestic mobile phone brands, One Plus has been selling in the US through public channels. Although it has gained a certain degree of recognition in the US market, compared with the more mature markets such as India and Northern Europe, there is still a big gap.

Therefore, the cooperation with T-Mobile will help the United States to embark on a more flat development path in the US market.

“This is the biggest step in one plus. & rdquo; Liu Zuohu said.

In the US, working with operators has never been a simple matter. The cooperation process is usually divided into three phases: negotiation, internal testing, and acceptance of the operator's test; before the mobile phone is listed, it also needs to pass the US National Access Certification (FCC), third-party certification, and the operator's live measurement. In general, the entire process will last for 16-17 months.

On November 20, 2017, after the one-plus 5T conference in New York, Liu Zuohu flew to Seattle and met with relevant senior executives at T-Mobile. From the formal contact between the two parties to the conference, Liu Zuohu announced that the formal cooperation was reached. It took less than one year, and it was much faster than the regular process time.

In Liu Zuohu's view, one plus product force plays an important role in achieving cooperation. He said that unlike some operators who simply pay attention to revenue, T-Mobile pays more attention to product levels. Several vice presidents of the company have high evaluations for one plus mobile phones, enabling the two parties to quickly finalize cooperation.

In terms of the specific details of the cooperation, T-Mobile can respect the specific requirements of the product, such as the pre-installation of software as much as possible in terms of simplicity; in terms of sales, T-Mobile agrees that one plus mobile phone is in its store. The sales cycle and one plus self synchronization.

This is not a simple communication process. For the above mentioned aspects, operators also have their own traditional operating habits. However, in order to ensure that users who use the customized version of the operator can get the experience as close as possible to the commercial version, Liu Zuohu has repeatedly communicated with T-Mobile on these issues, and finally the other party made concessions.

The only difference between the carrier-customized version and the commercially available version is that the former can only provide a single SIM card and cannot dual-card dual-standby, but this is due to T-Mobile's own network settings.

T-Mobile's emphasis on one plus is also reflected in the support of sales. After the official launch of the 6T, T-Mobile provides users with a replacement service for the old ones. The old mobile phone in the user's hands can be reduced by up to $300 when they purchase one plus 6T. This has exceeded 50% of the price of $549 from a plus 6T.

To a certain extent, T-Mobile dared to invest such a heavy chip in a plus, due to the differentiated nature of the 6T in the US market.

Later, in order to further improve the technical solution of the screen fingerprint, Yijia and the solution provider Huiding Technology jointly set up a “war room” to promote the optimization of accuracy, security and quickness of the identification scheme. .

Liu Zuohu told the interface journalist that one month before the official release of the 6T, the staff of both sides were still conducting research and development on the fingerprint recognition under the screen. He himself was not sure whether the optimization could be completed on schedule.

“We are ready, if we do it, we will release it normally. If we don’t do it, we will not send this function,” Liu Zuohu said. Finally, two or three weeks before the conference, the experience of fingerprint recognition on a plus 6T screen finally met his requirements. According to the information given at the press conference, the fingerprint module of the 6T screen can only recognize the fingerprint of the user by only 0.34 seconds. According to Liu Zuohu, this unlocking speed is faster than many brands of mobile phones.

In addition, Qualcomm has also given a certain amount of help in the implementation of the fingerprint technology under the screen. Qualcomm President Christiano · Amon mentioned at the press conference that one plus 6T will store user fingerprint information in the Qualcomm Snapdragon 845 chip, which can also improve the security of user information, there is no information exposed through software. risk.

But one plus does not intend to reflect the difference only on this point.

Cristiano · Amon, who appeared at the press conference, not only introduced the details of the fingerprints under the screen, but also talked about the cooperation between Qualcomm and Jiajia in 5G.

Liu Zuohu said that Ika has already cooperated with some European operators to provide the first 5G mobile phone in Europe. According to a statement by Canadian co-founder Carl Pei, the plan is likely to be implemented in the first half of 2019. Previously, One Plus had successfully released a tweet using a 5G network based on the lab environment.

Qualcomm is also actively deploying 5G, and it is expected that more than 20 handset manufacturers will adopt the Qualcomm Xiaolong X50 5G baseband series to launch 5G terminal products. Amon said that in the first half of 2019, Qualcomm will have a series of new applications for high-end smartphones. He also said that he believes that one plus mobile phone will play a leading role in the promotion and application of 5G.

The cooperation between the two parties can help one to seize the opportunity in the process of the official commercialization of 5G mobile phones. If Apple and other brands slow down at this point, they will have the opportunity to further gain a foothold in the US market to grab Samsung and The space left by the US high-end market after the Apple price segment was mentioned.

Shortly after the press conference, the one-plus-one flash shop with T-Mobile opened in Times Square ahead of schedule. According to the original plan, only 500 one plus 6T mobile phones were prepared in the store, but T-Mobile was confident in the cooperation and increased the inventory of this store to 2,000. On the same day, T-Mobile temporarily adjusted 1,000 machines from the northern area to ensure sufficient supply because of the long queues on the scene.

One plus a cooperation with US carriers has opened a good start, but in the future, it will need to further deepen the US market.