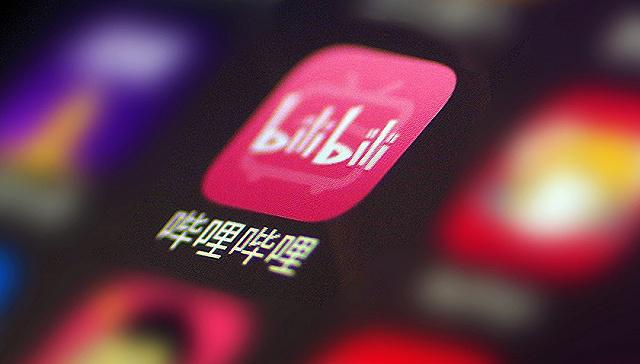 On November 2nd, Caijing reported that the B station recently introduced Ali's investment in the form of selling old shares. After the transaction, Ali will hold 5% of the shares, and Ali's fund will also hold 5%.

As for the news of Alibaba's investment, Station B has issued a statement saying that, as a listed company in the United States, if we increase capital and share, it will be issued in the form of a public announcement, which is not confirmed by the official announcement. The above report points out that the investment is not carried out by increasing capital and shares, so no announcement is needed.

In search of a Chinese journalist, the B official was confirmed by the news, and the other side declined to comment.

Some analysts believe that the purpose of Station B is to introduce more checks and balances among shareholders, so that the team has more control. For Alibaba, the two is the community and young people. Earlier, a number of media reported that Alibaba intends to purchase another two yuan vertical community, A station.

But there are also people in the industry who say that there is no way to buy old stocks. In order to introduce Ali's resources and take Tencent's view into account, station B chose a compromise.

In early October, the company and Tencent Holdings announced that they had reached an agreement that Tencent would invest $317.6 million in Station B to buy 25.1 million new Z common shares in Station B at a price of $12.67 per share.

After the completion of the transaction, Tencent's shareholding ratio for B will increase from 5.2% to 12.3%. At present, Tencent is the second largest shareholder of B station.

After the introduction of Ali, Ali and Ali shares will also account for 10%. Finance quoted an investor as saying that this would allow shareholders to form checks and balances.

But an analyst of a large investment institution thinks that B station is the statement that there is no old stock in listed companies. Ali can buy old stock in the secondary market if he wants to buy old stock. Ali's shares must have a certain strategic appeal, but Tencent, as a two-shareholder, should not agree.

In his view, one possibility is that Bilbili, chairman of the board, has come up with a compromise to introduce Ali's resources, but also to take Tencent into account. Another possibility is that some old shareholders want to quit, so as not to affect the stock price of the secondary market, they have made a private exit.

Q2 results in 2018 show that the net loss of Station B has further expanded to 70.3 million yuan (about 10.6 million US dollars), an increase of 39% over the net loss of 50.4 million yuan in the same period last year. In the current environment, many companies are choosing to expand their capital channels and supplement ammunition in many ways, especially for the loss-making station B. The analysis shows that the purpose of selling shares in station B is to get money.

In order to maintain market capitalization and broaden the realizable mode, a bigger story is what B station has to do now. For B station, Alibaba Alibaba can also bring resources in advertising.

The current game revenue of station B accounts for 80% of the total revenue. CFO Fan Xin of station B proposed at an analyst conference by telephone that the proportion of online games in the company's revenue will be reduced to 50% in the next three to five years, and the revenue structure of station B will be more stable and balanced. Advertising is undoubtedly a good cash option.

Ali, the other side of the transaction, looks at the flow of vertical populations brought about by the two dimensional community at B station. Traffic is the lifeblood of e-commerce. Before that, Ali also intends to acquire A station, which is also a secondary community. However, because of its poor management and chaotic capital operation, Ali finally abandoned it.

Ali and micro-blog can form effective complementarity, and the story of B station and Ali is similar. Li Kaifu once said that, on the one hand, the cooperation between Weibo and Ali will help to commercialize itself. Weibo is a one-way social chain, unable to form a closed loop, can only do business of reselling traffic. Monetization originally relies mainly on advertising and recommendation (rather than games and applications). With Ali's help, advertising and recommendation will be more relevant and more valuable. On the other hand, Ali has shortcomings in mobile Internet access, mobile Internet platform-level products and social networks, and micro-blog can well strengthen Ali Group's business.

ACG industry chain investment is frequent, but the main source of profit is still the game.

Ali looked at, B station two business to do exactly what?

Yesterday, "finance" magazine broke out another news from B station. "Finance and Economics" reporter learned that station B plans to buy Netease comics under Netease's cartoon community, but has not yet been informed of the specific trading time and price.

A comic industry insider told the search for Chinese entrepreneurs, Netease comics has a good reputation, in the horror, ingenuity and other subjects there are some good works. But compared with other comic companies, the size of NetEase comics is small.

According to the App Index report of AIRUI in June 2017, Tencent Comics and Netease Comics ranked 2nd and 10th respectively. From the monthly number of independent devices, Tencent animation is almost 7 times that of NetEase animation.

Later yesterday, 36 krypton also broke the B station's another move. Station B has purchased Secondary Audio Community M Station (Cat's Ear FM) wholly. According to people familiar with the situation, the acquisition plan of Station B has entered the process by the middle of this year, and the investment has been completed.

M station, founded in 2014, is an early barrage sound map community in China. It is also a sound base in China. The platform includes two dimensional and two dimensional voice contents, including cartoon, radio, radio and so on. It is understood that M station has cooperated with Tencent animation, Netease comics, demonic cartoons and Buka comics to produce audio cartoons from mature head IP in the domestic market, which will be broadcast on M station for a long time.

According to the AI industry report, starting in 2018, the domestic two yuan industry will enter a period of rapid development. On the evening of October 25, Tencent and Station B announced strategic cooperation in content, including upstream and downstream ACG ecological chains such as animation and games.

Although station B is almost the layout of the whole industry chain in the field of ACG, the main source of revenue for station B is actually game.

This single profit model has always been criticized. Since 2015, the financial situation of B station has always been in a deficit state, and the loss in 3 years has been close to 1 billion 500 million yuan.

Station B's prospectus shows that as of the end of 2017, there are 8 exclusive mobile games, 53 joint hand games and one self-developed hand games. The two dimension of business is hard to do and to play games becomes a problem that B stations have to face.