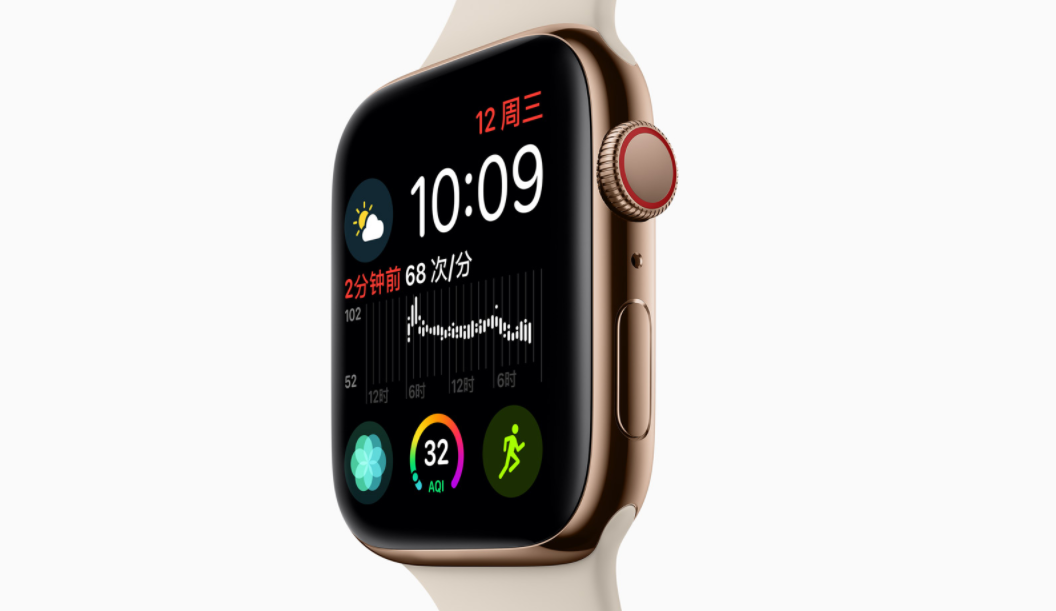 At the beginning of Apple Watch Series 3's domestic sales last year, Apple's official website showed that eSIM business of the three major carriers would be launched by the end of the year. However, the ticket jumps again and again, which led to Apple allowing consumers to return goods on unlimited purchase dates. Until March 2018, Unicom finally opened eSIM double terminal business (pilot). When Apple Watch Series 4 was released in September this year, it was revealed in the announcement that Apple Watch will support eSIM. With the operator's final decision this month, Apple Watch S4, a cellular network version supporting sSIM, will be officially launched on November 9, 2018. 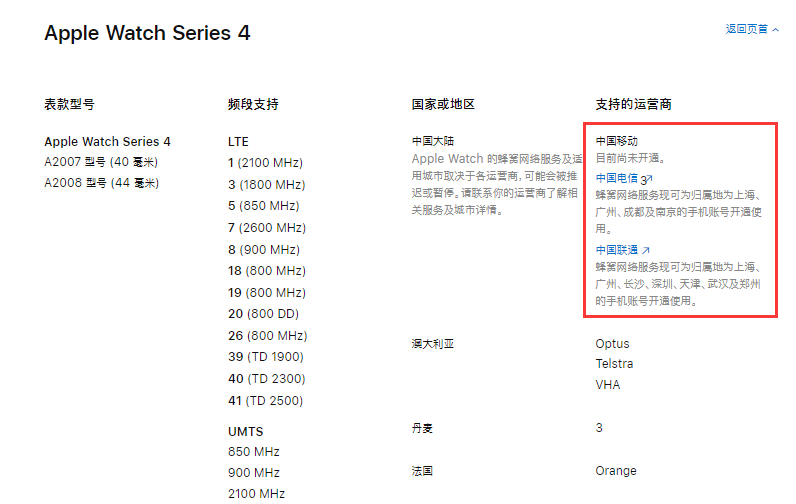 According to reports, users who handle eSIM No. 1 dual terminal business can add an eSIM affiliated smart device under their own mobile phone number (main number) account and package, so that the mobile terminal and the affiliated terminal share a mobile phone number. When the main number calls, the two terminals oscillate together. Any terminal can dial out the phone, and the main terminal is attached to the terminal. No phone calls can be made.

Previously, Unicom's eSIM service has been piloted in Shanghai, Tianjin, Guangzhou, Shenzhen, Changsha, Zhengzhou and Wuhan. At present, only China Mobile has not opened eSIM service among the three major operators in China, but it is reported that it is also expected to support this year. 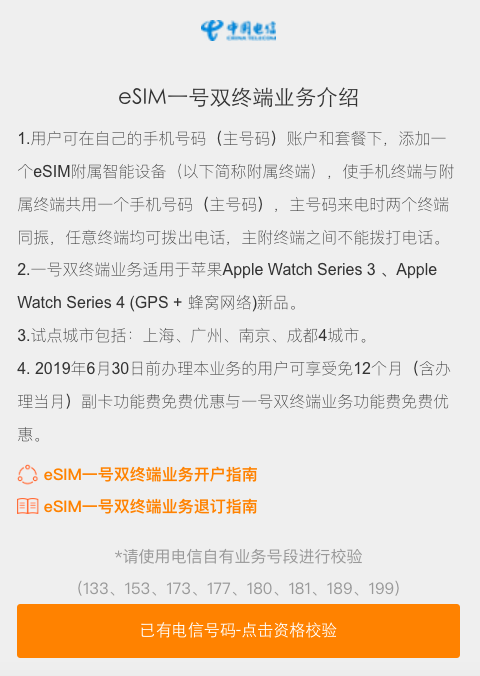 From the current trend of smartphone development, the existence of SIM card has limited the evolution of mobile terminals in part. For this reason, major smartphone manufacturers have begun to make great efforts to promote eSIM technology.

The eSIM card is a direct embedding of the traditional SIM card into the device chip instead of being equipped as an independent body. The benefits are manifold. From the hardware point of view, mobile phones and other portable devices no longer need to reserve slots for SIM cards, which will further save the internal space of mobile phones, and do not worry about the damage of SIM cards and slots caused by frequent card replacement.

From the user's point of view, the user can switch the operator freely, and the operator's network can be replaced without complex retail number re-entry. Another advantage of switching freely is that users are no longer limited by a high consumption package.

In addition, eSIM technology is more secure, the security information contained in eSIM card can be used to help enterprises to authenticate private networks; remote management of mobile phone data, recovery and deletion of security protection is easier.

The application prospect of eSIM card is also very broad. In the future, all devices that need network transmission can be realized by eSIM. Imagine smart cars, smart watches, smart appliances and so on. If every device needs to plug in SIM card to access the network as it is now, this is obviously not feasible.

As early as October 2014, Apple built an "Apple SIM card" into its newly released 4-D version of the iPad Air 2, which can save the iPad from the trouble of switching operators. It can be said that Apple is the most powerful anti-SIM card. Unfortunately, in the case of eSIM, apple is not the only one has the final say, and the strategies of different carriers in different parts of the world are different, so the progress of eSIM is very different. On the one hand, Apple has to rely on the sales channels of operators, on the other hand, it has to cooperate with operators to promote the development of eSIM. In the final analysis, operators are the payers.

However, we believe that smart watches will not be too far after eSIM is widely used. 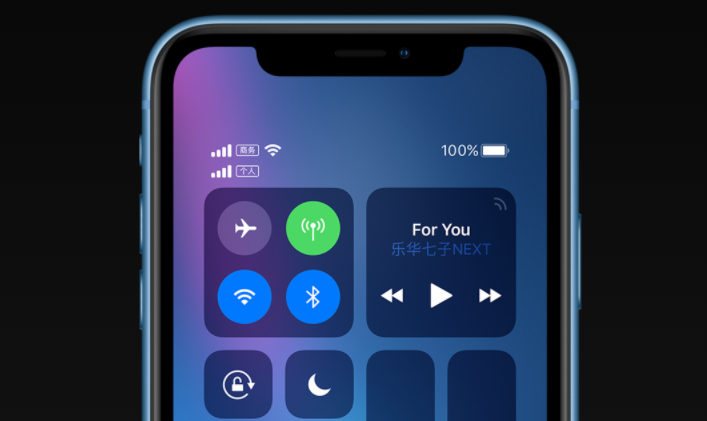 This year's launch of Apple's new iPhone XS/XS Max and iPhone XR with eSIM dual-card dual-standby function undoubtedly plays a role in promoting the popularity of eSIM, while radical Apple, such as the adoption of SIM card and eSIM card dual-mode solution to reduce operator conflict, is a relatively compromise approach.

It is somewhat regrettable that the new national version of the iPhone does not support eSIM, but in fact, eSIM is also very difficult to promote in the United States. Verizon and T-Mobile, the major U.S. carriers, have not been very active since the release of the iPhone XS/XS Max and the iPhone XR, and have only issued vague statements indicating that they will support eSIM in the future.

In the United States, operators are the main channel for mobile phone sales, while eSIM allows consumers to get lower communication costs and more free operator options. For operators, their customers become unstable. It is not certain that one day they will become eSIM users of competitors, representing the SIM card user resources they have operated for many years. With the large-scale loss of mobile phone users, the original SIM-based value-added services and charging mode are all subverted, and the price competition between operators will be intensified.

It can be imagined that, in the domestic market where sales channels are relatively independent, the three major operators are slowly making progress for the sake of their interests, and the American operators who dominate the channels are even more unwilling.

In the long term, technology is always developing, and old things will always be replaced by new ones. As a future trend, eSIM card is beneficial to the development of the industry and users. It is the basis of the interconnection of all things. Only when we get rid of the traditional shackles can we open up a new situation. One day, the era of eSIM will come.