Artificial intelligence has not yet achieved results, and cash lending first "resurrection" On November 5th, Sogou released the third quarterly report. The data not only showed the lack of growth in Sogou's performance, but also revealed the latest developments in Sogou's cash loan. At one point, a little bit of money was turned into a little staging, but it still circumvented the question of usury. Is it that the performance is difficult to cover up, or is the AI ​​too burning money, Sogou has to use cash to support the performance of the facade?

Just at the Internet conference in Wuzhen, the Sogou, which was “allianced by AI”, was not expected to report in the third quarter, and the net profit fell by more than 20%. In addition to the decline in net profit, the previous Sogou has “depreciated” cash loan business also appeared in the three quarterly reports, only by “a little borrowing money” has become “a little staging”.

According to the third quarterly report, as of September 30, 2018, Sogou issued small-sum consumer loans through Internet finance, and the balance to be received was US$33.93 million. Moreover, in the third quarterly report, Sogou said that during the reporting period, the Sogou input method was a record high of 405 million yuan, a 32% year-on-year increase, ranking the third largest mobile phone application in China with DAU, second only to WeChat and QQ.

Internet companies with traffic involved in financial exchanges for the realization of traffic, how to look at the scenes that are familiar with each other, Sogou is a "squatter", in recent media reports, there is no shortage of Sogou's cash loan is "invisible usury" ” allegations.

On the 21CN Consolidation Complaint Platform, a loan complaint from Ms. Zhu showed that after borrowing 3,000 yuan in a single installment, it would need to return 1,200 yuan in the first month, and 1089 yuan in the remaining two months, totaling about 3,378 yuan. This means that the annualized interest rate of this loan is nearly 50%, far exceeding the 36% red line of supervision. In addition, there are many users on the Internet to respond to the application of a small installment after the stolen card balance, a little staging customer service attitude and violent collection and many other issues. 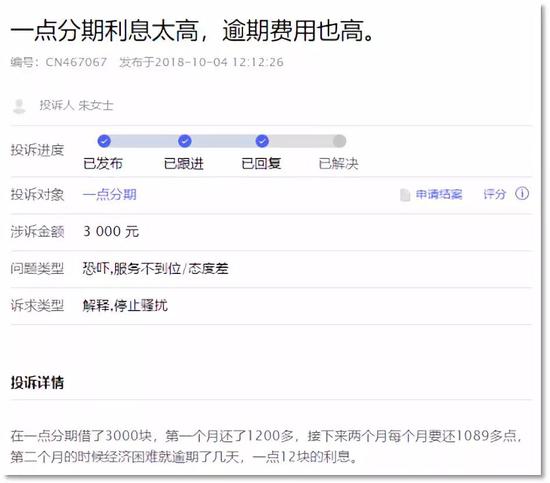 For Sogou, “a little staging” can be called the second generation of its financial business. As early as September 11, 2017, Sogou has launched an online cash loan APP“a little borrowing money”. However, a little borrowed money soon suffered a regulatory shutdown for several months, and even because it no longer lends money, it was complained by users as fraudulent user data.

The supervision has become stricter, and Sogou’s footsteps in the financial field have never stopped. On the evening of November 9, 2017, when Sogou landed on the New York Stock Exchange, Wang Xiaochuan communicated the ambition of Sogou traffic in the interview. “About half of China’s users use our products every day, and they have accumulated a lot of data in the products, which can be used to portray users. This kind of user size and understanding of user depth allows us to make a huge extension. In information processing, we can try more directions. & rdquo; Wang Xiaochuan said.

On November 15th, 2017, Sogou (Shantou) Internet Microfinance Co., Ltd. was approved to be registered for the record, and Sogou won the pass for the network small loan business. 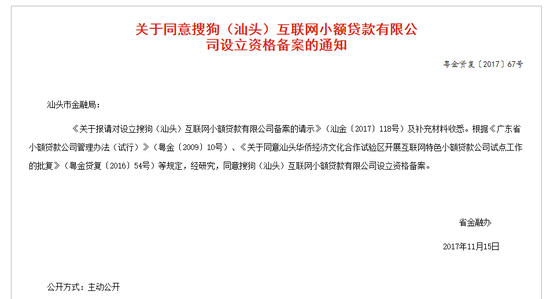 Sogou, who finally got the license, was not happy for too long. On December 1st last year, the "Notice on Standardizing and Rectifying "Cash Loan" business was introduced, and cash loans were subject to heavy hammer supervision. "Let's borrow money" It also stopped. During the “lending money” period, Sogou’s product was accused of an annualized interest rate of 180%, and the overdue annual interest rate reached 252%, and the ability to absorb gold was extremely “furious”. At that time, despite the suspension of business rectification, Sogou CEO Wang Xiaochuan still revealed the expectation of renewed financial business. “At that time, I had this idea and registered the relevant company. However, after the new policy came out, the short-term (policy) will have an impact on the product form, so I will not do it in the near future. ”

"Let's rectify" after borrowing money and avatars to make a comeback again. In the APP store, the developer of a little installment is Sogou (Shantou) Internet Microfinance Co., Ltd., and now it is "licensed". After the avatar was put into a phase, the product was also operated by the operator, Chengdu Jiyifu Technology Co., Ltd., which borrowed money from the original point. According to public information, Chengdu Jiyi Pay was established in January 2015. The shareholders are Beijing Century Speed ​​Technology Co., Ltd. and Beijing Sogou Information Service Co., Ltd., with a registered capital of 100 million yuan. Before the name change on May 12, 2017, the company was named Chengdu Sogou Jiyi Pay Technology Co., Ltd.

Despite some consideration, Sogou deleted the word "Sogou" in the name of Chengdu Jiyi paying business. In fact, the equity structure of Chengdu Jiyi pays clearly to Sogou, and ultimately it is not surprising to point to the beneficiary. It is Wang Xiaochuan. 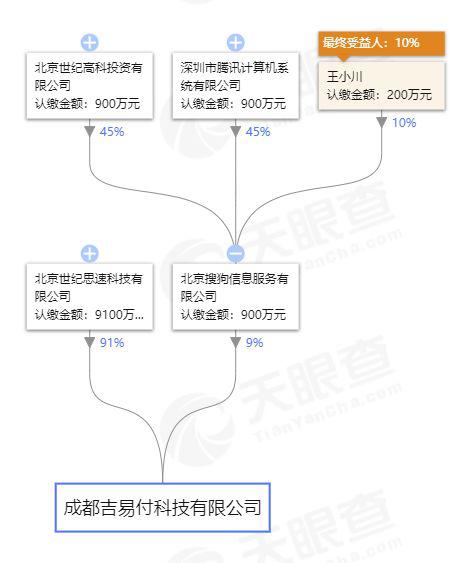 In addition to the small loan system, the interest rate of the loan is still almost the same as that of the previous loan. Why is Sogou so eager to "suck gold", so that even the word of mouth is innocent?

In fact, a little staging is not the full financial layout of Sogou. A website called Sogou Finance has been publicly launched. At present, the website aggregates a variety of products such as bank loans, insurance, credit cards, etc., and the territory of Sogou Finance is already in a tight layout. 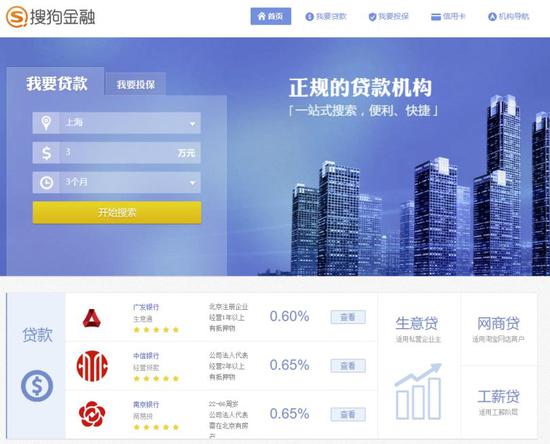 On November 5, Sogou released the unaudited financial report for the third quarter. During the reporting period, Sogou achieved a total revenue of US$276.60 million, a year-on-year increase of 7%. The net profit attributable to Sogou in the third quarter was US$23.9 million, down 23% year-on-year. Among them, search and search related income was 255 million US dollars, up 13% year-on-year, and other income was 21.25 million US dollars, down 33% year-on-year. In the quarterly report, Sogou said that the decline in revenue was due to the decline in sales of smart hardware products, because Sogou decided to upgrade its smart hardware strategy to better utilize Sogou's artificial intelligence capabilities and improve product competitiveness.

In fact, after entering 2018, Sogou's single-quarter revenue growth rate and single-quarter net profit began to decline gradually, and fell to 7.47% and -22.78% in the third quarter. 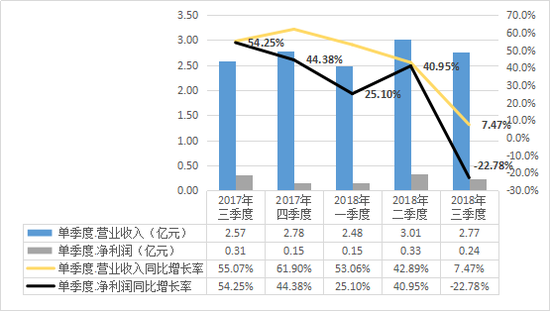 AI has become the focus of Sogou's high hopes, but it has undoubtedly dragged the growth of Sogou's performance. Correspondingly, Sogou's general and administrative expenses increased significantly, reaching US$15.5 million, accounting for 5.6% of total revenue, an increase of 149% compared with the same period last year. Sogou said that the increase in spending was mainly due to the increase in reserves due to the issuance of consumer loans by the Internet financial platform, while the inventory impairment losses associated with smart hardware products increased.

According to a research report by Industrial Securities, in the third quarter of 18, Sogou was in a dark moment. In the current macro environment, especially the game is affected by industry policies, resulting in poor business management, its negative impact on the company's search revenue began to appear in 18Q3, coupled with the short-term impact of the vibrato, 18Q3 search and related income only achieved 255 million US dollars . The impact of the old and new AI hardware replacement will also continue in the fourth quarter.