The B station finally made comics, and the road to comprehensive control of the second yuan was stable.

On November 12th, the 哔哩哔哩 Comic App was launched in major application markets. Although it is still in the testing stage, the overall download volume of the app is still small. There has not been a large-scale traffic import on Weibo and Weibo. Many B-station fans have already taken the lead before the official launch of the comics app. Download registration. 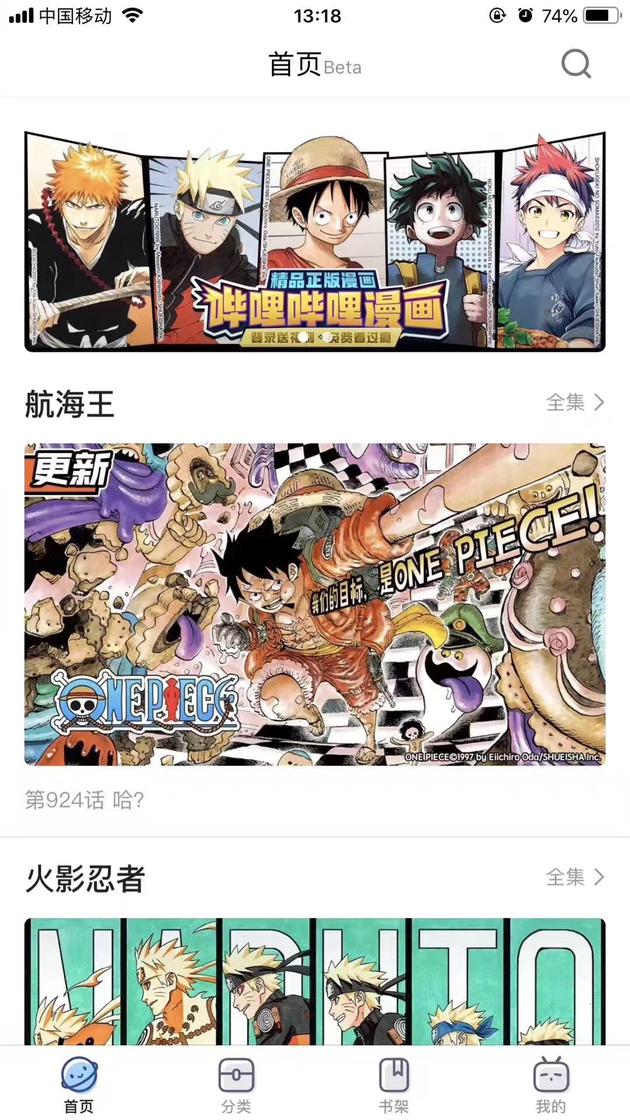 After all, relying on the largest secondary community in China, although it is a new comic content platform, the comics are not only online, but also many Japanese old-fashioned comics including "Navigation King", "Gintama" and "Pokémon". Guo Man also has a large number, such as the exclusive launch of the famous cartoonist Xia Da's "Step by Heaven", the comic book "Breakdown 3" adapted by the game linkage.

At present, it seems that the income of 哔哩哔哩 comics is still very simple, similar to the web text that has been popular for ten years: in the form of VIP chapter payment, users can watch the paid comics chapter by refilling the currency or purchasing the vouchers.

In order to attract new users, 哔哩哔哩 comics send 5 blank vouchers to new users who log in. In order to guide the old users of the B station to a greater extent, the B station account and the comic app are common, and the original B station 1-6 users can obtain different numbers of reading coupons, while the monthly and annual members of the B station can log in. At the same time, as well as the different number of vouchers received each month and every year. Compared with other video websites, although the price of the big members of the B station is similar, the content of the pre-emptive content is always less than the Iqiyi, Tencent video, etc., and the addition of the comic platform finally makes this big member. More gold content. 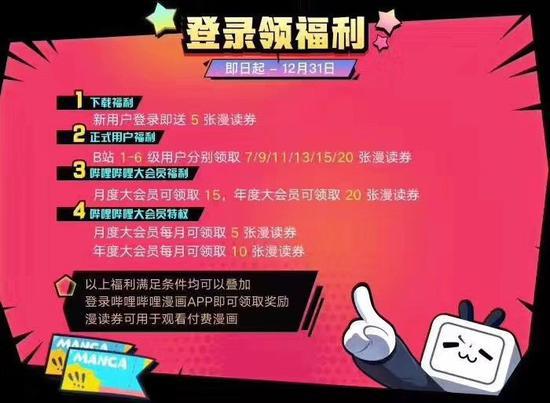 It is logical that the B station enters the comic track. This industrial chain layout in the ACG market has matured, and there is a strong second-yuan community culture as a whole, creating a high user stickiness. As the most upstream creative and image source, comics have a back-feeding effect on mobile games, virtual idols, audio and video and derivatives already involved in Station B.

The B station is suitable for the comic content platform, and only the B station. When doing this, it is more meaningful to make the content high investment and the loss of the single platform for a period of time.

According to Aurora Big Data, 哔哩哔哩 App users are over 50% of college students aged 20-24, and the proportion of social media in the second dimension is as high as 33.5%. The main audience for comics is 95. From the user's point of view, the main audience of 哔哩哔哩 and comics have a high degree of coincidence, and the advantage of B station entering the comic market is obvious, and it is imperative.

Like all fiction websites and video websites, comics also need to burn money for a period of time before they can accumulate users and find out the profit model. Shanda Literature, the predecessor of the Reading Group, was established in 2008 and has acquired the Red Sleeve and the Chinese Network. The latter two have been established for more than 15 years. Even after frequent acquisitions became a monopolist in this field, the Reading Group was the first to achieve profitability at the end of 2016 after being acquired by Tencent, with up to 80% of it coming from paid reading.

As for the newly added 哔哩哔哩 comics, standing in front of it is also the early-opening comics, and the harder Tencent anime. In 2017, Comics won $117 million in Series D financing. Tencent is also stepping up its layout in the animation industry. On the other hand, NetEase comics seems to be less prosperous. According to Caijing, the Netease Wenman business unit, including Netease comics, continued to lose money. At the beginning of this month, the news of the acquisition of NetEase comics by B station was heard. According to 36, the negotiations are still in progress.

The comics app removes operating costs and still costs a lot of money on copyright and original author content purchases. In 2017, B spent a total of 261 million yuan on content and copyright, accounting for 13.6% of the total cost of 1.19 billion yuan. With the 哔哩哔哩 manga, the cost of this part will become higher.

In the future, copyright awareness will become stronger and stronger, and the relevant regulatory radiation will be more widespread, and the cost of copyright purchase will undoubtedly become higher and higher. For the 哔哩哔哩 comics that just started to enter, it is obviously not enough to support content payment alone. The comics "Qian Jing" in adaptation, the adaptation of games and film and television is the two pillars of the realization of comics, which is also true in the market of the United States and Japan. But what is more embarrassing is that in 2018, both the game market and the film and television market have suffered from various reasons.

Fortunately, B station has not been idle. Since 2015, the B station has been investing in cultural and entertainment companies, such as the Japanese plan, the entertainment culture, and the dream animation, to lay the upstream and downstream stages of the animation industry chain. If others can't do it, station B can come by themselves. Specific to the comics, from the 哔哩哔哩 comics to the old members to distribute the reading coupon benefits, and will be connected to the B-station roaming card, you can also sniff out its positive development in ecological construction.

But at present, it is just an embryonic form of ecology. How to operate specifically depends on the input of the next stage of Station B.