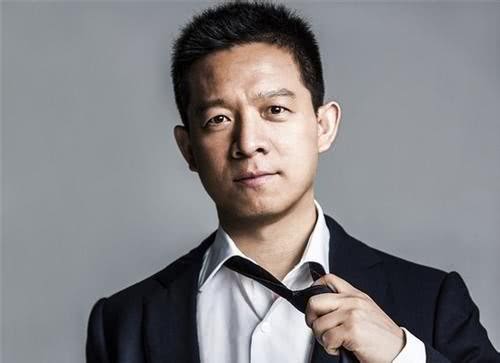 It is reported that the representatives of the plaintiff shareholders in this lawsuit are all FF veteran employees, and have obtained the corresponding shares of the parent company of FF in the equity incentive plan implemented by the company.

In the statement, shareholder representatives said that before that, Evergrande and FF signed a financing agreement and promised to fully support the development of the company and the production of FF 91, bringing benefits to the company and all shareholders. Recently, a series of facts have proved that Evergrande has repeatedly defaulted and has no sincerity to fulfill its promises. It deliberately pushed FF to the brink of bankruptcy, forcing the company to take a series of extreme measures such as layoffs and salary cuts to save itself.

The statement also said that Xia Haijun and Peng Jianjun, as the actual executors of the series of violations and injuries, were well aware of the series of injury plans for the FF, and they continued to trick FF into signing the agreement by fraudulent means. After secretly transferring FF Chinese assets and core intellectual property rights, it refused to pay in an attempt to

In an open letter to the media, FF minority shareholders said:

In addition, representatives of FF minority shareholders said that their lawsuit was completely spontaneous and had nothing to do with the company.

The following is the full text of the statement:

Today, in response to the difficulties of FF cash flow caused by Hengda's health default and the damage to minority shareholders, minority shareholder representatives decided to collectively sue Hengda Health, Xia Haijun and Peng Jianjun, and have filed a petition with the Los Angeles High Court of California. FF has more than 250 small shareholders worldwide.

1. As we all know, Evergrande Health broke its promise in breach of contract.

Hengda Health's refusal to pay FF financing according to the agreement, the refusal to cancel the breach of contract, and a series of bad practices such as deliberately misleading the public in the external announcement of Hengda Health Listed Company have had a negative impact on FF business, which also seriously infringes on the vital interests of our small shareholders.

2. Evergrande Health, at the cost of hurting the interests of FF employees, suppliers, partners and subscribers worldwide, refused to cancel the asset preservation by blatant default, and tried to force FF to go bankrupt by bad means in order to seize the global control and core intellectual property rights of FF. On November 11, FF filed a new arbitration application with the Hong Kong Arbitration Center to protect the legitimate rights and interests of FF for a number of breaches of contract, such as the refusal of Evergreen University to terminate asset preservation.

3. Xia Haijun and Peng Jianjun, as actual executors of this series of violations and injuries, are well aware of this series of injury plans for the FF. They continue to trick FF into signing agreements through fraudulent means. After secretly transferring FF Chinese assets and core intellectual property rights, it refused to pay in an attempt to

4. In addition, after FF's successful application for emergency arbitration filed in Hong Kong Arbitration Center on October 25, Evergrande Health distorted the facts in the announcement and flagrantly claimed that the failure of FF not only seriously damaged the reputation of FF minority shareholders, but also seriously misled the market with wrong information and affected the market badly. At the same time, the valuation of FF was assessed in terms of the value of FF. And minority shareholders' share value has been seriously damaged.

5. there is no doubt that these practices are dishonest and default on FF small shareholders' reputation and economic interests has caused deep hurt. We hereby express our solemn protest and are taking a series of legal measures to protect the rights and interests of minority shareholders.

6. As a minority shareholder of FF, we are extremely indignant at the recent series of actions of Evergrande Health, and we are even more committed to pursuing

As the core part of China-US dual home strategy, we must not lose all the rights and interests of FF China, resolutely protect the value of FF global assets and safeguard the vital interests of all minority shareholders.