NASA has confirmed that it has completely closed the Kepler telescope on Thursday.

Closing a complex spacecraft like Kepler requires not only sending a "close" command. According to NASA, space telescopes have a range of security modes that can be reopened if they accidentally shut down or lose communication with the Earth, so each must be disabled. To make matters worse, the spacecraft is spinning slowly, so when the fixed radio antenna points to the Earth, the command sent to it must be accurate. 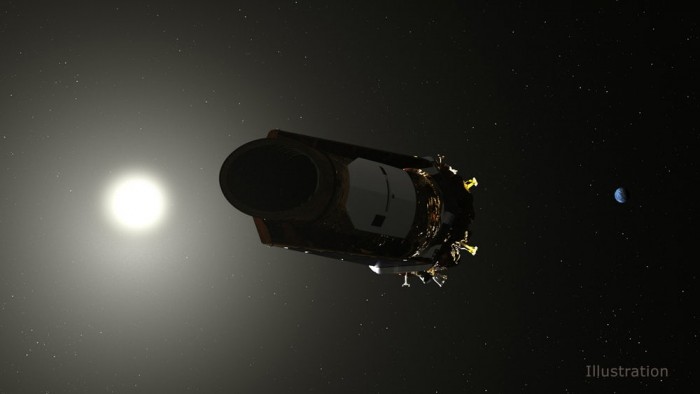 The most important of these commands is to turn off Kepler's radio transmitter. Although it is about 94 million miles (151 million kilometers) from Earth, it is still in a safe orbit, but it is still vulnerable to navigation - not because it may collide with another spacecraft, but because its radio beam may Unexpectedly causing another detector to lose contact.

To ensure that Kepler has closed, NASA says it will continue to monitor the spacecraft to ensure it has complied with the order.

The Kepler Telescope was launched at the 17B Space Launch Complex at Cape Canaveral Air Force Base, Florida on March 6, 2009 at 7:49 pm PST, when it was carrying the Alliance Delta II rocket. The Puller mission was originally scheduled to last only 3-5 years but has more than doubled. Throughout his career, it has found 2,723 planets orbiting other stars and has detected thousands of other potential candidates.

The decision to close Kepler was announced on October 30, when it was determined that the ship no longer had enough propellant to operate its attitude thrusters. Coincidentally, the closure came on the 388th anniversary of the death of his namesake German astronomer Johnannes Kepler.

Goodbye Kepler, thank you for telling us not to be alone.

Related news
NASA released an art rendering of kepler-1649c
Hot news this week
Bitcoin mining machine giant Yibang international successfully listed in the United States: raising more than $100 million
China's second-biggest retail channel for smartphones in May Huawei is a step away
Huawei cloud's industrial Internet business experience: how to make the cloud serve the entire "circle of friends"?
Huawei's first mobile device equipped with Hongmeng may be Kirin 1020 with a 5-nm process
After the total ban, the United States announced the arrest of Fujian Jinhua General Manager Chen Zhengkun!
Japanese legislation forbids walking and playing mobile phones: mobile phones in public places should stand still
NASA announces the name of the headquarters building after its first black female Engineer
A reporter from the United States who was infected with the new coronavirus took part in the trump campaign rally
Most people don't know that the hole at the bottom of the original mobile phone also has this function
A hundred yuan 5g mobile phone is not far away. It's said that the new mt6853 of MediaTek has been launched
The most popular news this week
Samsung panic? Apple accelerates the launch of mini LED products next year
Wechat has not done this function for N years! Use this app to make up for the defects of wechat
Zhao Ming responds to the offline interview with Yu Chengdong: the pressure this year is much greater than that of last year. Huawei glory is the only two growth brand
How long will it take for a real 1000 yuan 5g mobile phone? Zhao Ming: we have to wait
Glory Zhao Ming: 5g mobile phones account for nearly 50%
Byte beat vice president reconnects Tencent?
It's incredible that Intel will push the z590 chipset pci4.0 early next year?
Selling business out of multinational market
What is the status quo of domestic memory chips?
Zhao Ming talks about 5 G mobile phone competition: do a good job of products without gimmick