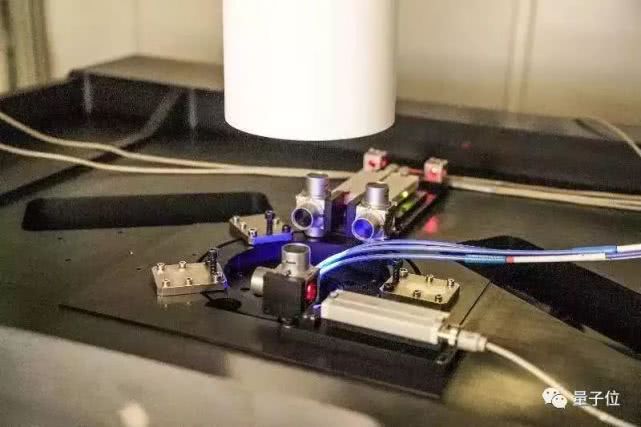 China has made new breakthroughs in the field of chip manufacturing!

In other words, our scientists have developed a very powerful lithography machine.

Lithography machine, that is the core equipment of chip manufacturing. Chip industry in China has always been subject to people, especially in the field of lithography, often encounter various constraints such as neck pinching, ban on sale abroad.

For this breakthrough, the acceptance expert group's opinion is:

Under 365 nanometer light source wavelength, the maximum linewidth resolution of single exposure can reach 22 nanometers. The project breaks through the resolution diffraction limit in principle, and establishes a new route for the development of nanolithography equipment with high resolution and large area, bypassing the relevant intellectual property barriers abroad. 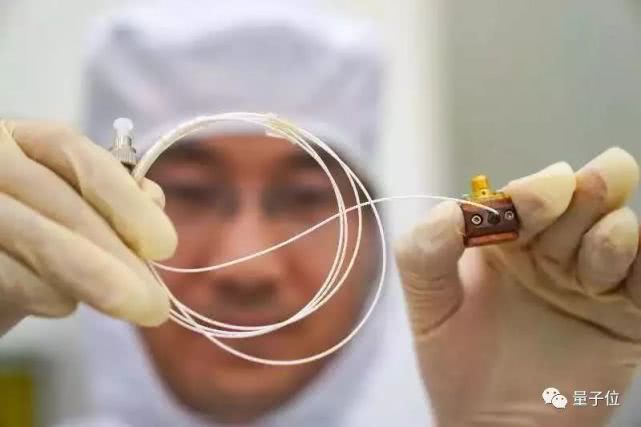 As soon as the news came out, many people praised it, but most of them were unconscious, of course, some people said they were boasting. What does that mean?

There are many bright spots in this breakthrough. Among them, there are several points that deserve our attention. Quantum bits can be summarized as follows:

Usually, in order to pursue smaller nanotechnology, lithographic manufacturers'solution is to use shorter and shorter wavelength light sources. ASML is such a way of thinking.

At present, the most widely used light source of lithography machine abroad is193 nanometer wavelength deep ultraviolet laserThe lithographic resolution is only 38 nanometers, about 0.27 times the exposure wavelength. 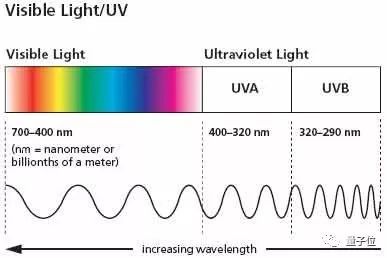 This domestic lithography machine can achieve 22 nm. And

That is to say, the photolithographic machine developed by the Institute of Photoelectricity of the Chinese Academy of Sciences achieves higher lithographic resolution (0.06 times exposure wavelength) with longer wavelength (near ultraviolet) and lower cost (mercury lamp).

Hu Song, deputy chief designer of the project and researcher at the Institute of Optoelectronic Technology of the Chinese Academy of Sciences, gave an example in an interview with the China Science News:Breakthrough Resolution Diffraction Limit。

Therefore, it is also known as the world's first ultraviolet ultra-resolution lithography equipment with the highest resolution. 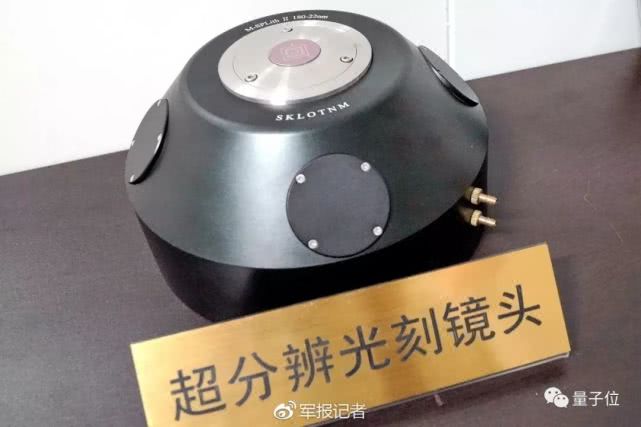 The shorter the wavelength, the higher the cost.

In order to obtain higher resolution, the lithography machine is traditionally improved by shortening the light wave and increasing the numerical aperture of the imaging system, but the problem is not only that the technology is very difficult.Equipment costs are also extremely high。

A lithographic machine like this costs more than $100 million.

The equipment of the Photoelectric Institute of the Chinese Academy of Sciences uses longer and more ordinary ultraviolet light, which means that the domestic lithography machine is used.Low cost light sourceThe photolithography with higher resolution is realized.

Some netizens commented that Chinese-made lithographic machines may become the price of cabbage as other high-tech equipment conquered by China. 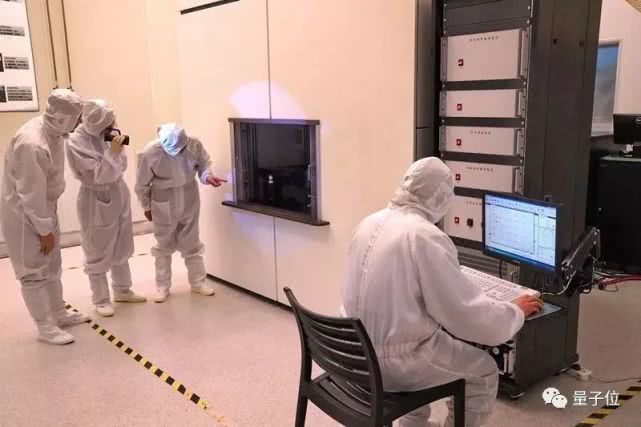 Breakthrough: Breaking the embargo and overtaking at bends

The emergence of this lithography machine has another important significance.

Here we quote the report of Yang Guang:

The successful implementation of the super-resolution lithography equipment project has broken the monopoly of foreign countries in the field of high-end lithography equipment, provided a new solution for nano-optical processing, and also provided a core technical guarantee for the new generation of information technology, new materials, biomedical and other advanced strategic technology fields, basic frontiers and national defense security.

Hu Song, deputy chief designer of the project and researcher at the Institute of Optoelectronic Technology of the Chinese Academy of Sciences, introduced:Great help in breaking the embargo. 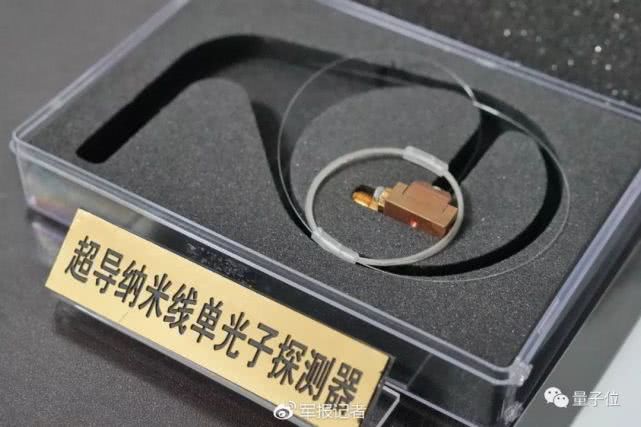 Of course, we can't have a fever.

The emergence of this device does not mean that China's chip manufacturing can make rapid progress immediately. On the one hand, chip manufacturing is a huge industrial ecology, on the other hand, the photolithography of the Institute of Optoelectronics of the Chinese Academy of Sciences has certain limitations.

It is reported that a series of nano-functional devices have been fabricated, including large-aperture thin film mirrors, superconducting nanowire single photon detectors, Cherenkov radiation devices, biochemical sensor chips, super-surface imaging devices and so on. The processing capability of the nano-functional devices has been verified and reached the practical level. 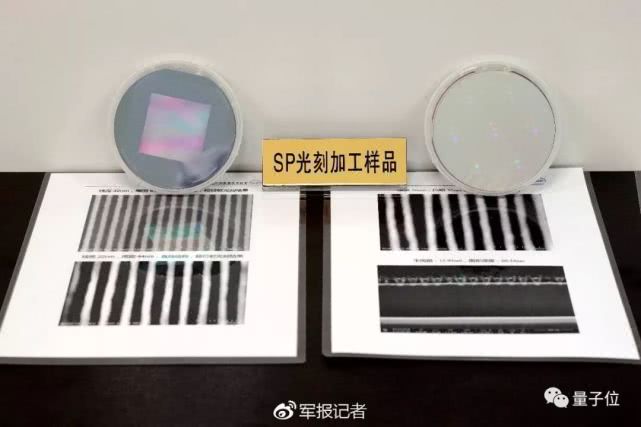 That is to say, at present, there are mainly some devices in the field of Optics and so on.

However, it is also known that netizens say

The technique was accused

At present, the main manufacturers of lithography machines in the world are ASML in the Netherlands, Nikon and Canon in Japan. Among them, the number of ASML technology is the most advanced.

There are also companies producing lithography machines in China, such as Shanghai microelectronics equipment, but the technology level is far behind ASML.

Lithography is the core equipment for making chips, and has been a technical weakness in China in the past. The level of lithography seriously restricts the development of Chinese chip technology. We've been getting

Domestic chip manufacturers such as Zhongxin International and Yangtze Storage have to buy lithography machines from ASML at high prices. 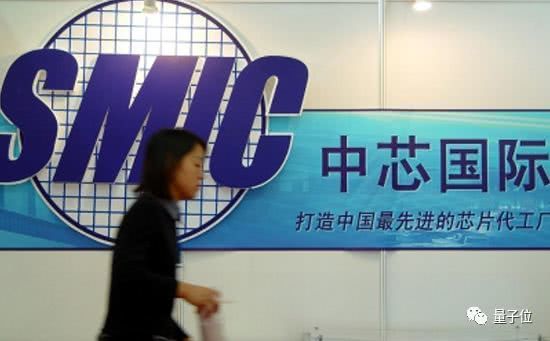 In May this year, Nikkei Asia Review reported that Zhongxin International had ordered an EUV lithography machine of 120 million US dollars to ASML, an international semiconductor equipment manufacturer, which is expected to be delivered in early 2019.

In addition, Yangtze Storage bought an infiltrating lithography machine from ASML this year, selling for as much as $72 million.

So what is the so-called lithography machine?

But more specifically, the photolithography uses light as the

Thereafter, the irradiated/irradiated photoresist was washed off with a specific solvent, and the circuit diagram was transferred from mask to silicon wafer.

Quoted from: Understanding Lithography Machine in One Article, Huachuang Securities

This is only a simplified process. Usually, to make a chip with a lithographic machine, hundreds of sets and thousands of processes are needed in extremely fine structures, and hundreds of devices are needed to complete the process.

Hair is about 80 microns in diameter, 22 nanometers is 1/3600 of the diameter of hair. That is to say, the lithographic machine can process various complex structures on the surface of hair.

Who developed this lithography machine?

7-year Exploration of Photoelectric Institute of Chinese Academy of Sciences 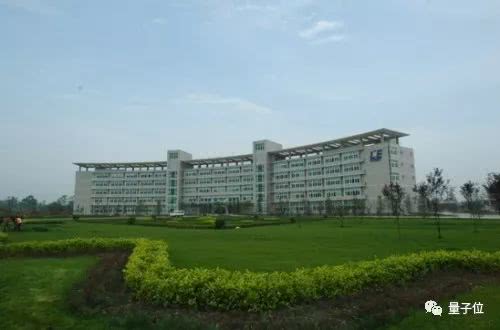 The Research Institute behind this lithography machine is the Photoelectric Institute of the Chinese Academy of Sciences. 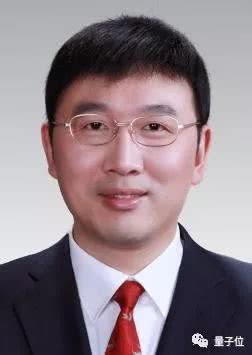 Luo Xiangang's academic position in the field of Optoelectronics can be seen from his long list of titles:

Director of the State key Laboratory of Micromachining Optics, Chief Scientist of the State 973 Program, first prize of the 2016 National technological Invention, Co-selection of effective candidates by the Chinese Academy of Engineering in 2017, and winner of the National Outstanding Young Science Foundation. The first batch of 10, 000 people plan to lead in science and technology, 2009

Since 1995, Luo Xiangang has been engaged in the field of photoelectricity for more than 20 years. After completing his master's degree and doctoral degree in the Institute of Photoelectric Technology of the Chinese Academy of Sciences, he went to the Japanese Institute of Physics and Chemistry as a postdoctoral and research scientist.

In 2004, Luo Xiangang returned to the Institute of Photoelectric Technology of the Chinese Academy of Sciences, where he studied, and began to work as a researcher. In the past 20 years, he not only published more than 100 SCI papers, but also brought out dozens of excellent master's and doctoral students. 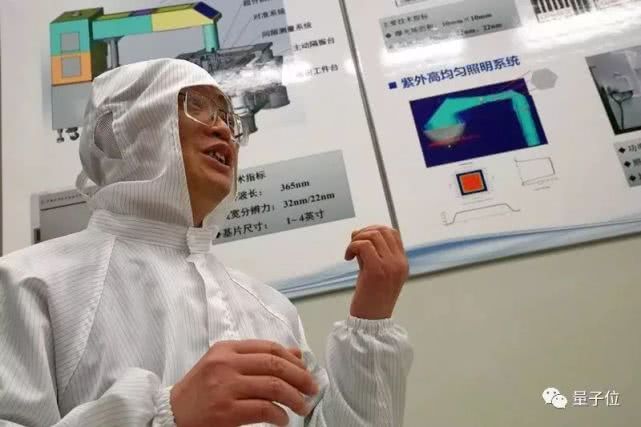 Deputy chief engineerHu songHe is also a researcher of the Institute of Photoelectric Technology of the Chinese Academy of Sciences and a doctor of the University of Chinese Academy of Sciences. He has rich experience in micro-nano processing technology of optical projection exposure and micro-processing lithography technology. He enjoys the subsidies of the State Council. He has presided over a number of national, ministerial and provincial research projects and published more than ten patented technologies.

It took seven years for the Institute of Optoelectronics of the Chinese Academy of Sciences to complete the project.

According to the report of Economic Daily, in 2012, the Photoelectric Institute of CAS undertook the task of developing super-resolution lithography equipment, a major national scientific research equipment project. At that time, there was no mature foreign experience to draw on.

Over the past seven years, the project team has broken through the key technologies of high uniformity lighting, super-resolution photolithography lens, nano-resolution focusing, gap measurement and ultra-precision, multi-degree-of-freedom worktable and control, and completed the development of the first ultraviolet super-resolution photolithography equipment with the highest resolution in the world, which uses 365 nano-wavelength light source and single exposure. The maximum linewidth resolution is 22 nanometers (about 1/17 exposure wavelength).

On this basis, the project team also combined with the high aspect ratio etching, multiple graphics and other supporting processes developed by the super-resolution lithography equipment project to achieve the processing of feature size graphics below 10 nanometers.

In addition, 68 papers have been published and 92 national invention patents have been applied for, of which 47 are authorized, 8 are international patents and 4 are authorized. A R&D team of super-resolution lithography technology and equipment has been trained for the country.