In your opinion, why is the iPhone XR less popular than last year?

Every year, after the new generation of Apple's iPhone, there are all kinds of news that the sales of the iPhone are not as good as expected. This is basically a routine event, with the same exception this year, so Apple's share price has also experienced a sharp fall, losing its first market capitalization company's throne. All this starts with the news of the supply chain, which has been shrinking orders for many key components of the new generation of the iPhone since last month. 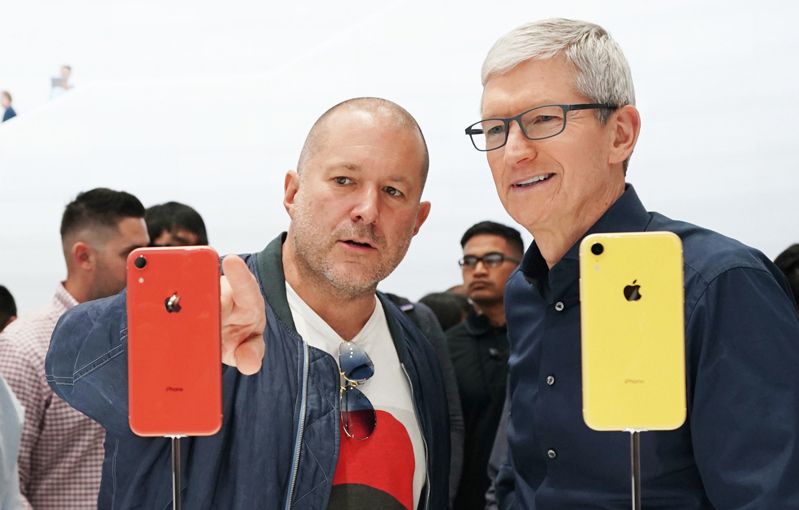 However, Cook has repeatedly warned against trusting supply chain rumors. Cook said earlier that rumors from the supply chain, though not always the wrong message, were not reliable. Although Apple will also modify orders according to actual needs, due to the complexity of Apple's supply chain, any order message in any supply chain can hardly represent Apple's potential plans and goals, and the unsatisfactory sales of the iPhone are often exaggerated.

However, whether Apple's supply chain news is true or not, at least key suppliers, including Lumentum, Universal Display, CRUS, Qorvo, Japan's TDK, Alpine Electric, Hong Kong stocks such as Ruisheng Technology and Shunyu Optical Technology, have suffered heavy losses. Some even hit new lows since May 2016.

The key is that in addition to all kinds of information from supply chains and analysts, there are more data reports this year, highlighting that the sales of the iPhone are no longer as stable as in previous years, but have declined to a certain extent. Especially the XR, which was supposed to drive sales, is still not as good as expected and has not been able to drive the overall sales of the new generation of the iPhone. The role of ascension. 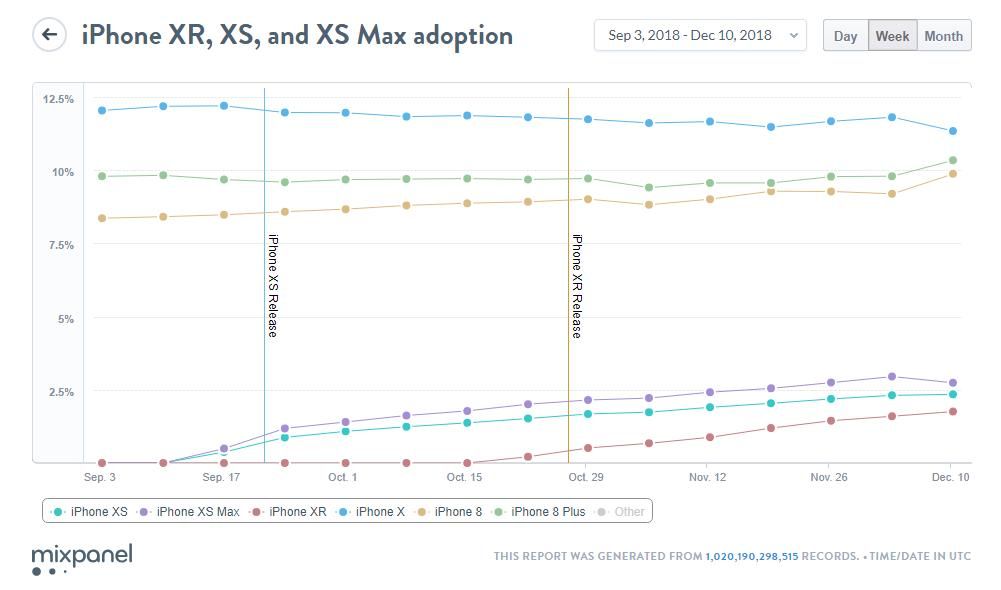 However, Mixpane collects statistics every year to analyze the sales of the new generation of the iPhone. After comparing this year's statistics with last year's, a worrying situation emerged, with the holding rate of the iPhone XR only 1.5% five weeks after its launch. By contrast, last year's LCD models (the iPhone 8 and the iPhone 8 Plus) had a 3.6% ownership rate after selling the same number of days.

Last year, many analysts said that the sales of the iPhone X were below expectations, but they did well in Mixpane's statistics because they had a 7% holding rate at the same time after the launch. The iPhone X is also a delayed shipment, but it sells a lot more than the iPhone XR, and the holdings of the iPhone XS and the iPhone XS Max during the same period are only 5%. In other words, the new generation of the iPhone is not selling as well as expected, especially the XR.

In addition, Goldman Sachs, which has a prominent position in the industry, has been downgrading Apple since last month, warning that the pricing strategy of Apple's iPhone XR has affected sales, that the price and function of the model are not balanced enough, and that it is not popular in markets outside the United States. It should be noted that Goldman Sachs often makes ratings adjustments based on its exclusive and indirect sources of data, rather than on the news that the supply chain is cutting orders, which is one of the reasons Goldman Sachs has endured.

Now the question is, why is the iPhone XR not as popular as it used to be? After all, the same delayed launch of the iPhone X last year was a sales boom, and it still sold very well when the official pricing reached a new high. To answer this question, there are usually two answers, one is the question of the iPhone XR product itself, the other is the consumer's choice. 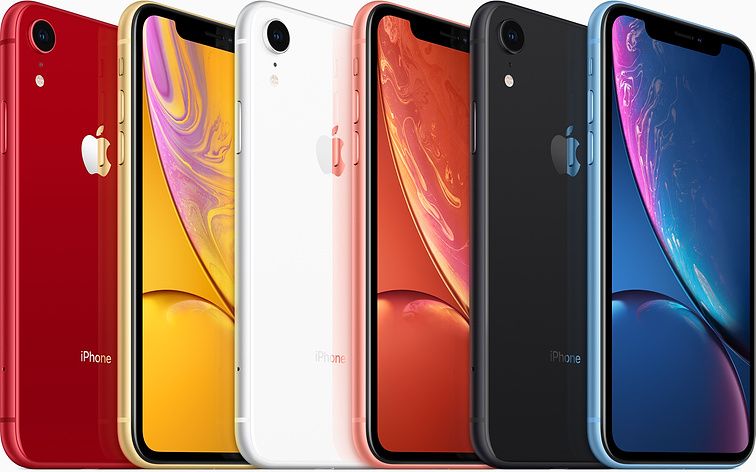 First, if it's the problem of the iPhone XR, the high pricing of the iPhone XR must be the first factor. Judging from the tax-free price offered by Apple's official website, the price of the beggar version of the iPhone 8 last year was $699, and this year it rose to $749. It seems that the price increase is not very high, after all, not more than 10%. But as Goldman Sachs points out, its price and function are unbalanced, not because it offers fewer features than the iPhone XS, but because it pushes prices too high.

Cook himself said after the launch of the iPhone XR that they had launched the XR model at a lower price among the three, in the hope that more people would have a chance to experience the latest technology of the iPhone X at a more affordable price, including features such as face ID and a "side-to-side" full screen design.

Obviously, although consumers also want to experience the same function of the iPhone XR for less money, why not just the iPhone X? Although the iPhone X is the old flagship of last year, its performance and various aspects are still the best in the market. As far as comprehensive experience is concerned, there are even some people who choose the series of iPhone 8 and 7 released in the previous two years.

Therefore, Goldman Sachs believes that the function of the XR is not balanced enough, which leads to the high price of the XR and will not be easily accepted by the market. Even Apple has chosen to re-produce the XR itself to revive the overall growth of the sales of the iPhone.

In addition, the delay of one month for the launch of the iPhone XR has also had a certain impact. Consumers who had planned to buy this model may have already made other choices, because better iPhone XS and lower-price sales of the iPhone X can be selected.

Furthermore, it may be a consumer problem. In fact, this also needs to be combined with the problem of the iPhone XR itself to make sense. Goldman Sachs notes in particular that sales of the iPhone XR are very weak in China and other emerging markets they are closely watching. Needless to say, according to consumer psychology, it must be because the price is too expensive to buy.

For example, in this year's Shuang12 in China, consumers have been paying attention to the preferential situation of the iPhone X and the iPhone XR, whether through mainstream domestic e-commerce or operator's own stores. Since the price of the former is slightly lower than that of the latter, there are not a few consumers who choose the former. In fact, in the eyes of most consumers, the renewal of electronic products should be the law of "adding quantity and increasing price", just as the pricing of the early replacement of the iPhone remains unchanged. 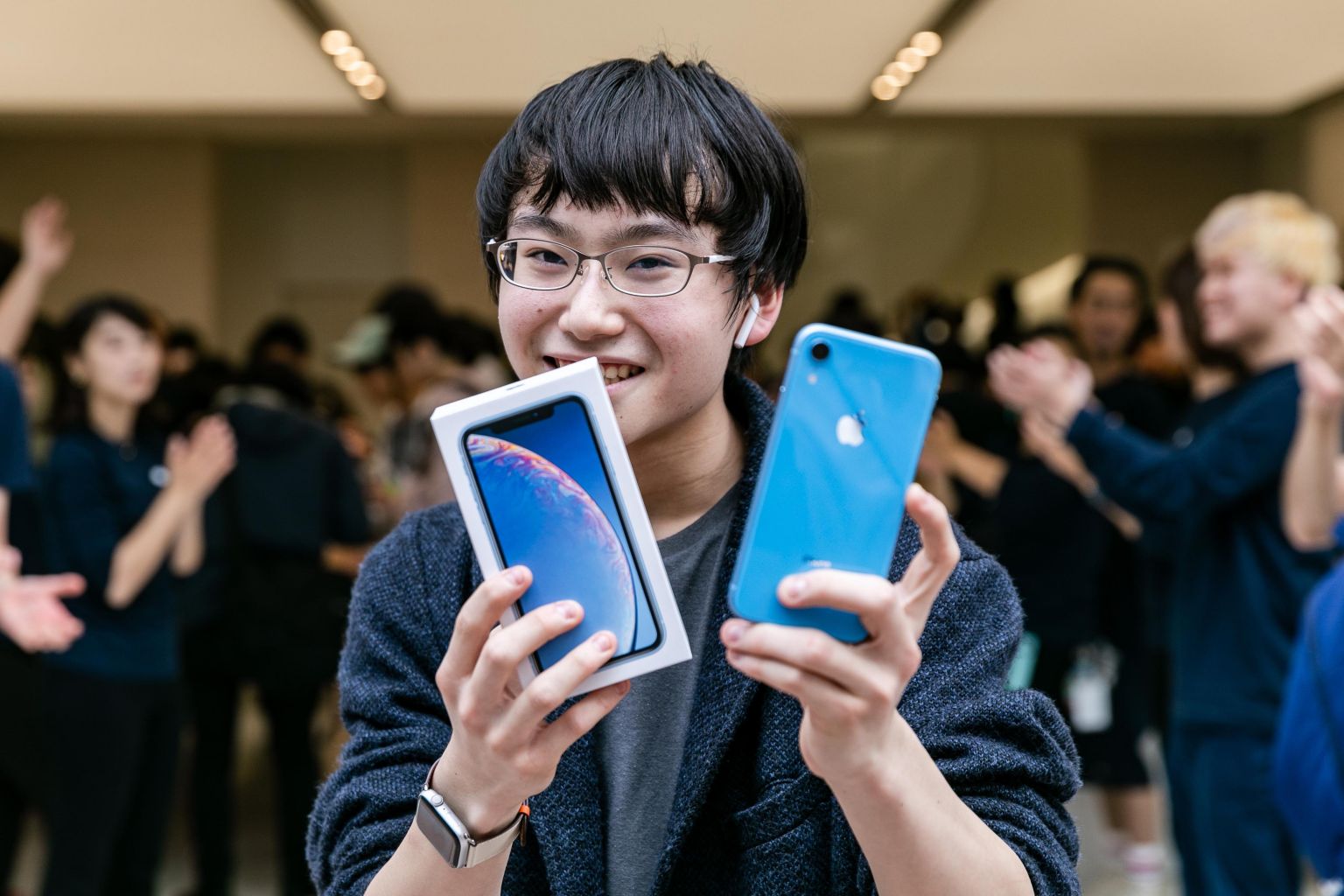 Finally, in your opinion, why is the market reaction of this year's iPhone XR relatively flat, not as popular as last year?

However, as long as it's not Apple's official data, it's hard to make a definite conclusion. And as Guo Mingpi, a big analyst, said, the buyers who are really interested in the device are more ordinary consumers. They usually don't participate in snap-ups and tend to buy it offline. So the initial sales of the XR are certainly not as good as last year, but over time. Over time, sales of the model will remain stable, and it will drive more users to buy and renew, even accounting for about half of the sales of the new generation of the iPhone.
google

Related news
Success and end of iPhone x R
Hot news this week
Rich AMD b550 motherboard: 55 models are fully exposed
Director Wang Jing! Tencent Video: see you on May 22
Huawei the cheapest 5 G phone! The Z 5G is about to be released :90 Hz Water Drop Screen Plus
Microsoft speed! Windows 10 2021 will come next month
Why does China's semiconductor industry not have to be pessimistic?
Japan's first listed company goes bankrupt: China Ruyi group's abacus fails?
Three generations of sharp dragon make new! Amd ryzen 7 3750x / 3850x exposure: 105W super frequency little prince?
Tao Lin, vice president of Tesla China Foreign Affairs: Shanghai Super factory is expected to refresh "Tesla speed"
Seven manufacturers, such as Xiaomi, oppo and vivo, are too slow to join the mutual transmission alliance? On the spot
Honda China and Tencent sign a memorandum of strategic cooperation to explore the upgrading of the auto network service
The most popular news this week
Tmall 618 officially launched: the first hour pre-sale turnover increased by 515% year on year
Alipay consumer coupons effectively promote shop recovery, CPPCC National Committee member Liu Shangxi: to stabilize small and micro significance
The wool party is crying! US $3 billion in unused gift cards per year: Starbucks makes 140 million in cash
Alipay flower buys 2 tons of Huanggang roll to give the high school student net friend: this hobby is heavy.
Samsung's black screen system crashed because leap made a calculation error in April and lost more than 1000 photos after users repaired it
Huawei holosens released the next generation camera, saying it would build the first brand of machine vision
HuaweiEMUI knuckles screenshot upgrade plan :6 glory by end of may
Pinduoduo Gmv "water injection" doubt: next lucky?
Tiktok is also needed to make chips. Official denial: false information
Wang Jian said that he and Ma Yun are like Haier brothers: two ignorant teenagers have a lot to do with each other