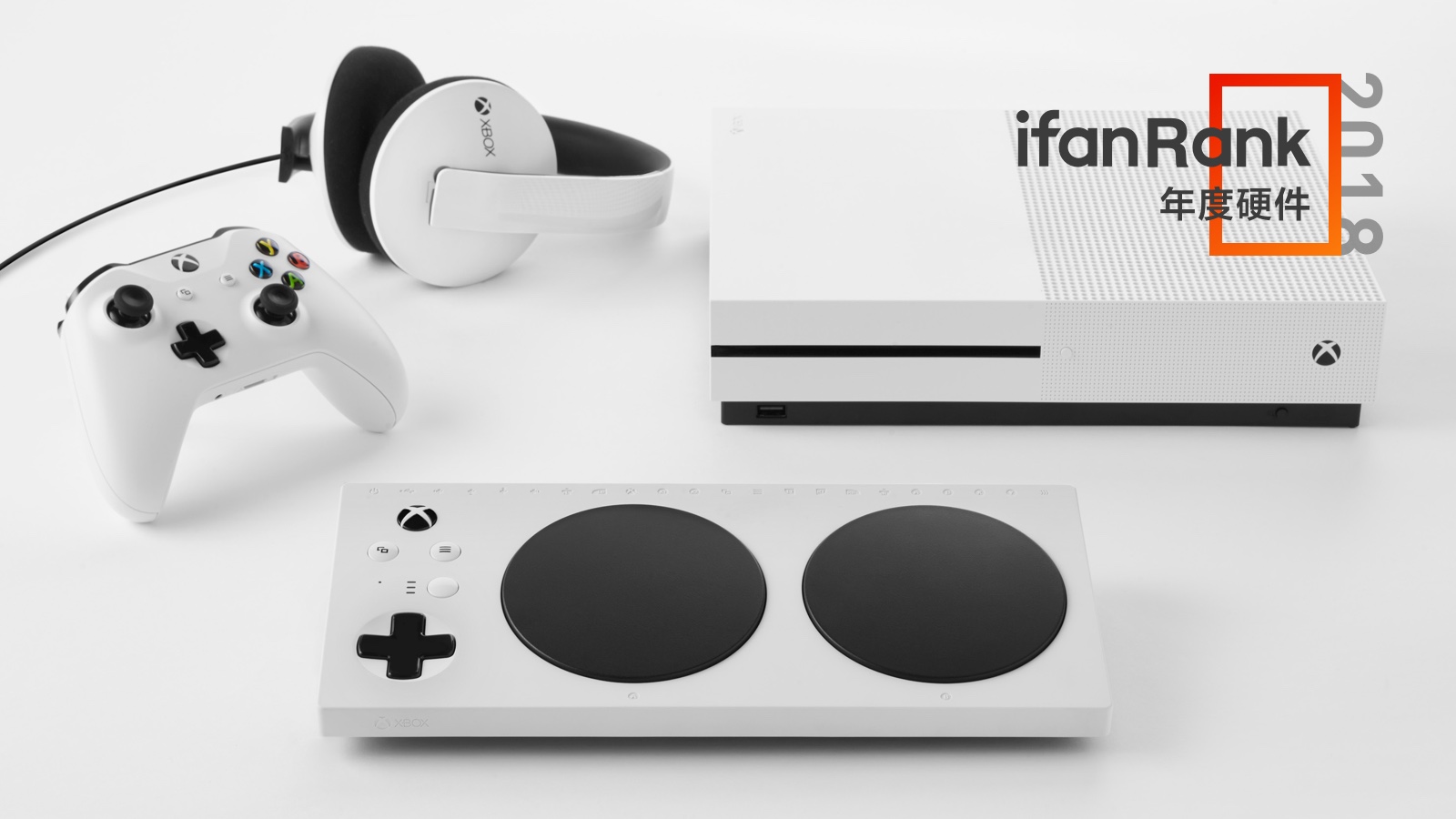 Looking back on the upcoming 2018, the "innovation" of smart hardware devices is becoming more and more precious. This is the reconsideration mentioned in the ifanRank annual equipment selection in the past few years. On this basis, this year's situation is still somewhat uncertain. same.

In 2018, we hope to focus on products that can touch people's hearts.

Some fail to subvert the way you see the world, or create things, even in a market where the direction is not clear and the positioning is not accurate, the first generation experience is also called a bad product.

Even if the innovation of these products seems to have a kind of "fire" borrowed from other fields, they rely on this weak flame to achieve a new form of transformation and more precise positioning, and in their respective subdivisions. Unique in the field, completed self-innovation, from a tiny starting point, evolved into Something Big in their respective fields.

There are also special cases in this way, trying to get more people to enjoy the same rights, using technology to bring them humanistic care.

Apple Watch Series 4 is the product that Apple wants to have at the launch conference of Apple this fall. Its status as Apple Watch is like iPhone 4 to iPhone.

Far from perfect, but tempting enough. 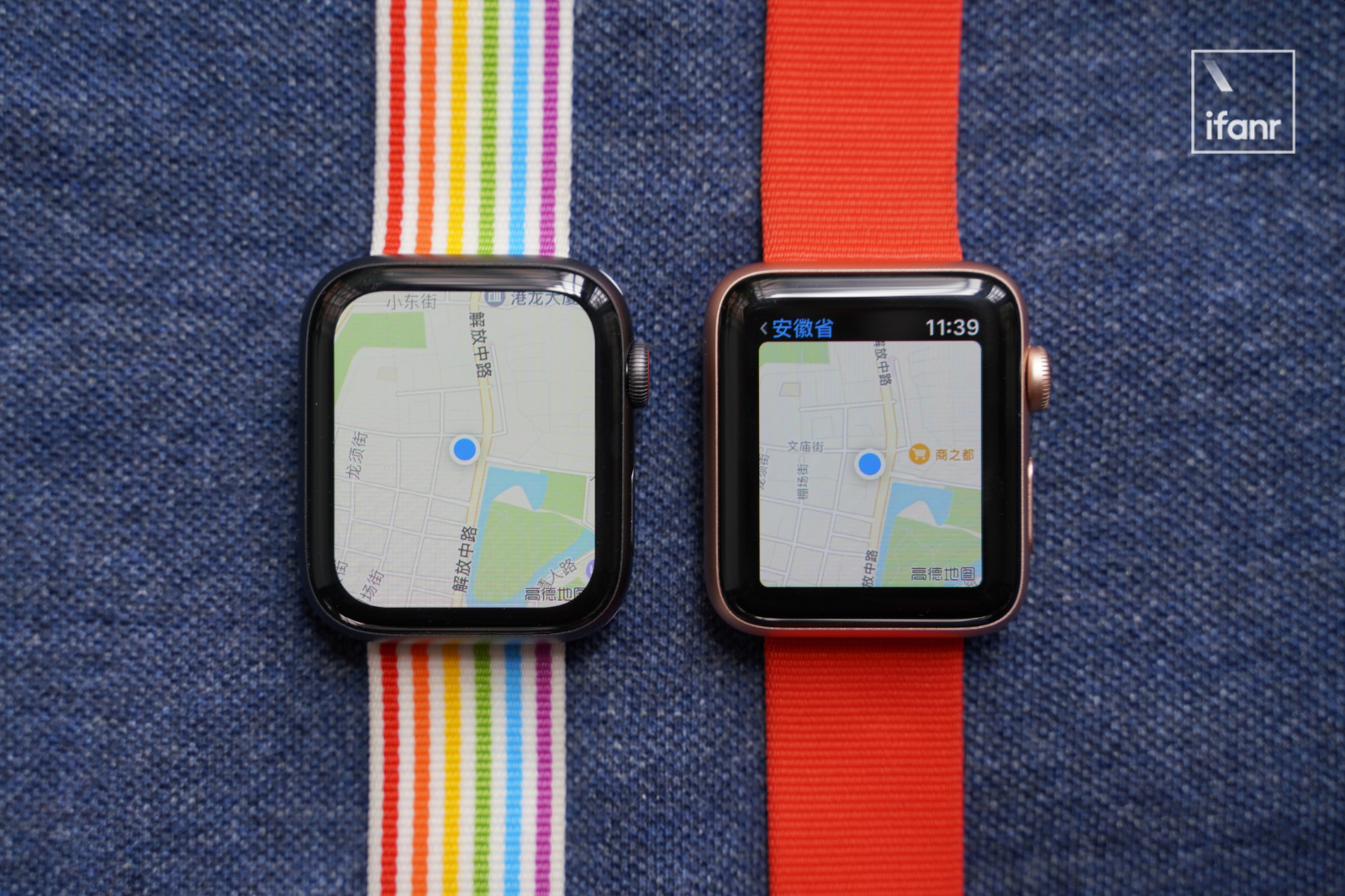 The new Apple Watch Series 4 has no essential changes in function and form compared to the past, but several important changes have made the whole experience natural and comfortable. The bigger and more comprehensive screen is indispensable and wider. Vision and information density seem to say that this is what 2018 wearables should look like.

Every generation of Apple Watch will have a description of "speed is greatly improved". Until the fourth generation, the running speed of the watch app can finally barely catch up with the iPhone experience. Now Apple Watch Series 4 can finally get rid of the application-loading circle animation. .

The Apple Watch Series 4 is no longer an arm endurance test device. In a sense, this is the premise for us to discuss it further. 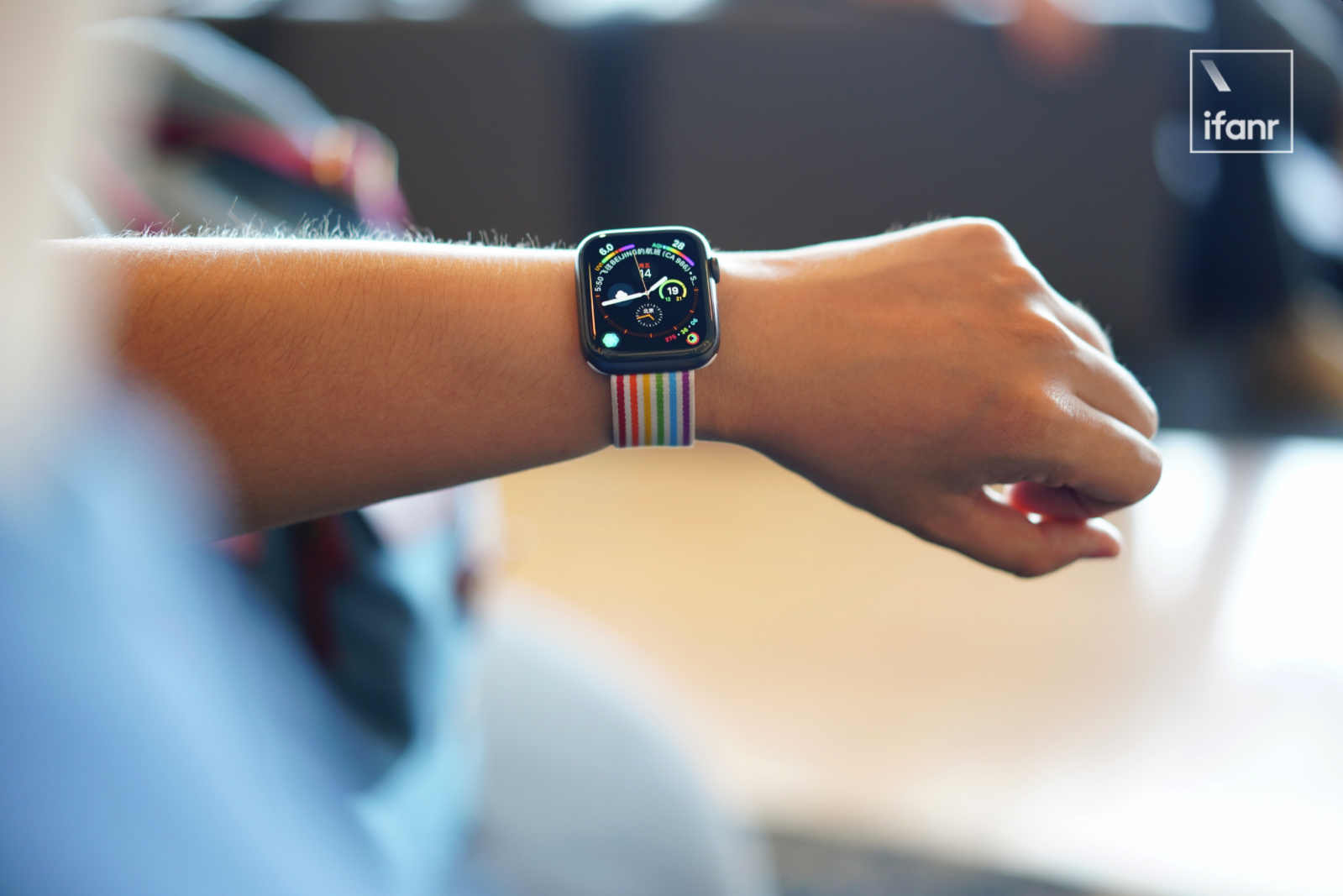 Larger screens and faster speeds are the icing on the cake. The more powerful signal is that Apple has brought more professional medical functions to the Apple Watch Series 4. The addition of ECG ECG makes Apple Watch Series 4 a big and broad health. The noun took a step forward and stepped into the field of medical equipment. Managing your body seems to be one of the most scarce skills of modern people, and Apple Watch Series 4 is already on the road to saving more lives. 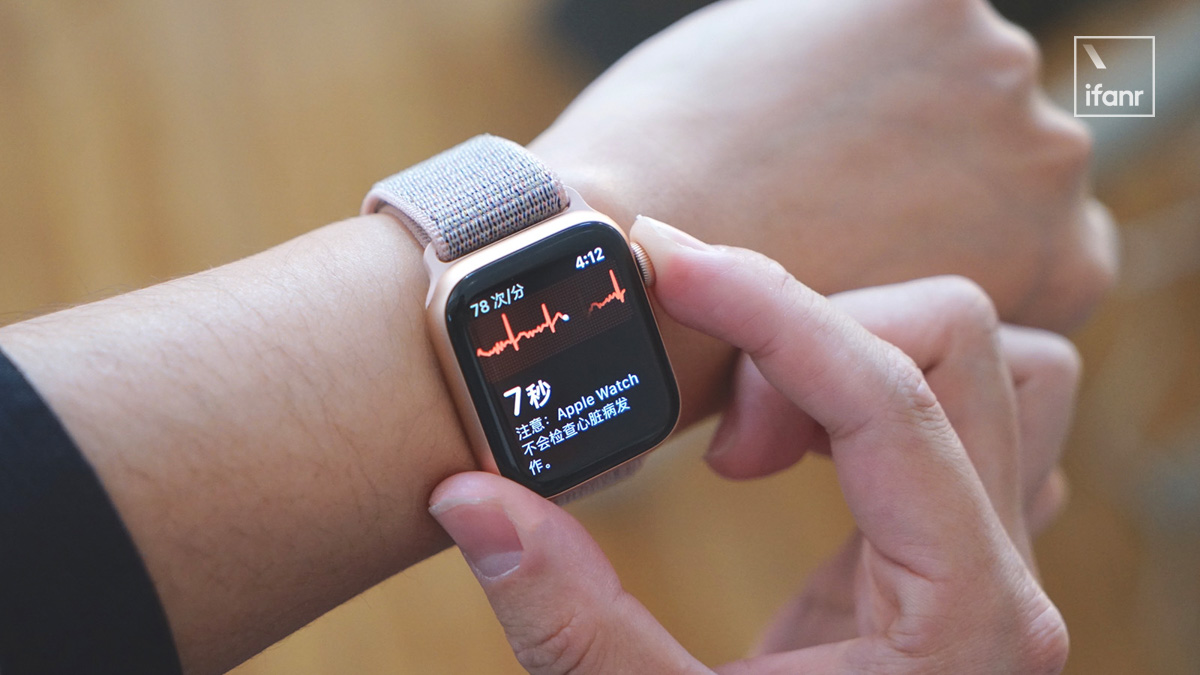 Apple Watch doesn't replace the iPhone, but instead finds its position more clearly for the first time. If you have worn Apple Watch for 1000 days, it is ready for the next 1000 days.

In the world of Apple, there must be an "ultimate device", starting from the two aspects of portability and productivity, moving forward in the form of tablet and laptop, and finally gathering at a certain point. The question is, is Apple making such a device now? 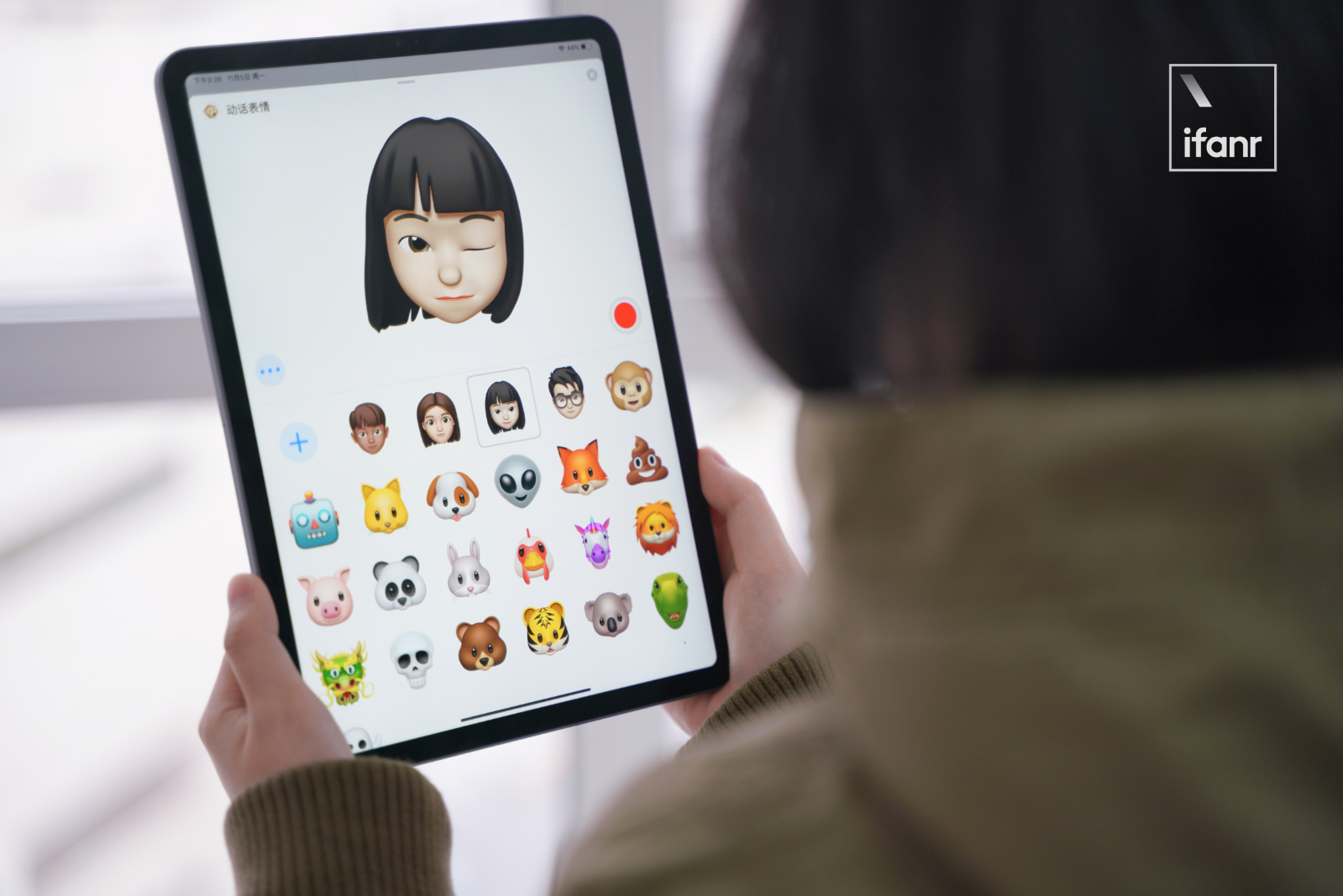 The 2018 iPad Pro is clearly not the device, the full screen design and the most powerful performance in history, the USB-C interface and the second generation Apple Pencil, did not bring the iPad Pro from amateur to professional, from entertainment to productivity The essential changes in the equipment.

However, the lack of productivity has not become a constraint for the iPad Pro, but rather shows how good it is as a tablet. The more advanced omni-directional Face ID allows you to look at the sensor's position, a more slender screen and four stereo speakers, making the iPad Pro a more qualified chase artifact, and you can pick it up at any time. 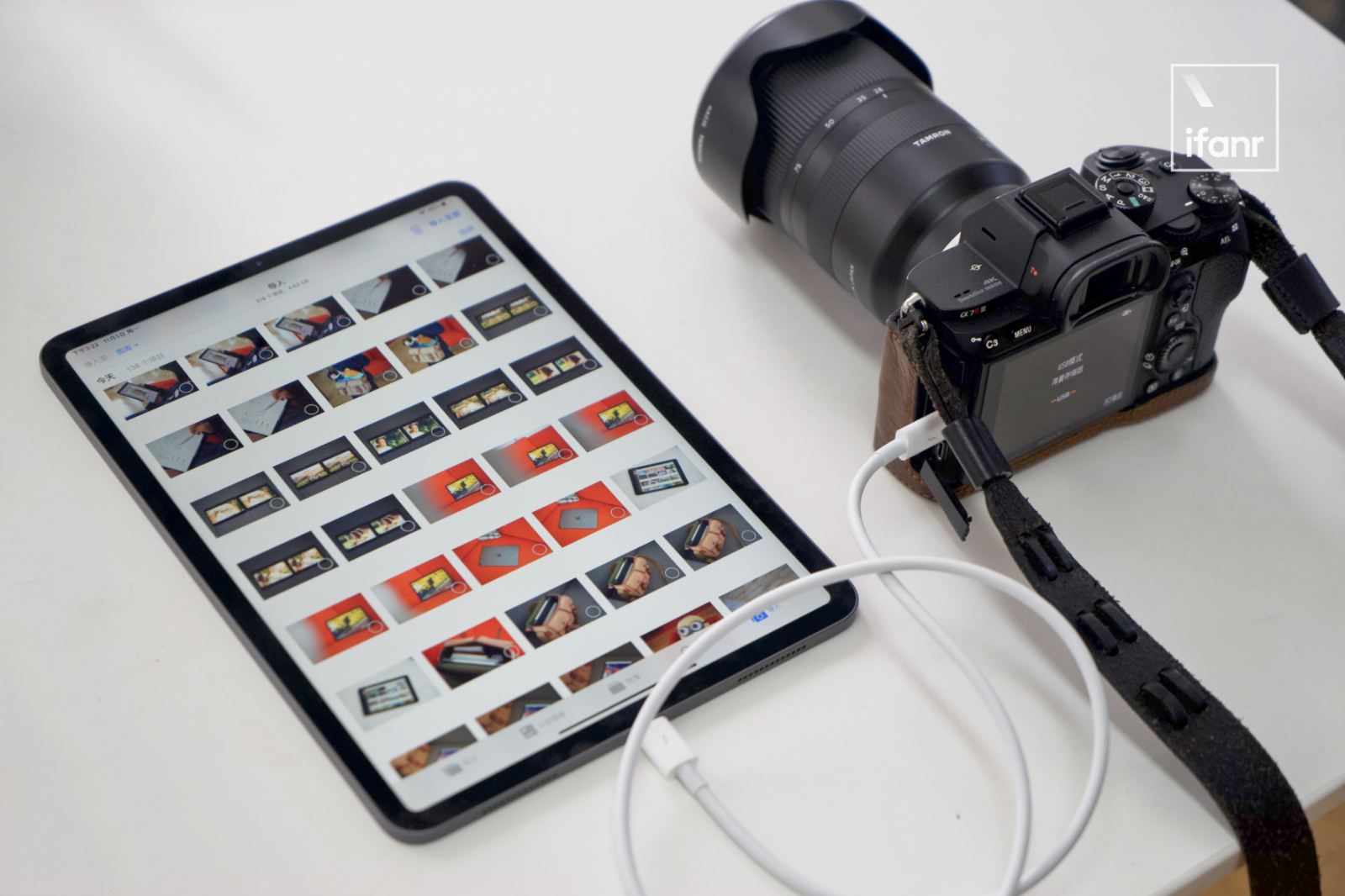 Now we see that the iPad Pro doesn't need to think about how to replace the MacBook to talk about professional-level office. That's what the “ultimate device” needs to do. The iPad Pro only needs to be more realistic and do it yourself —— A tablet with multiple content consumption is fine.

This is also the most magical place for the 2018 iPad Pro. If you know exactly what you need to do with it, there is of course no problem buying it. If you don't know what you are going to do, it is still no problem to buy it. 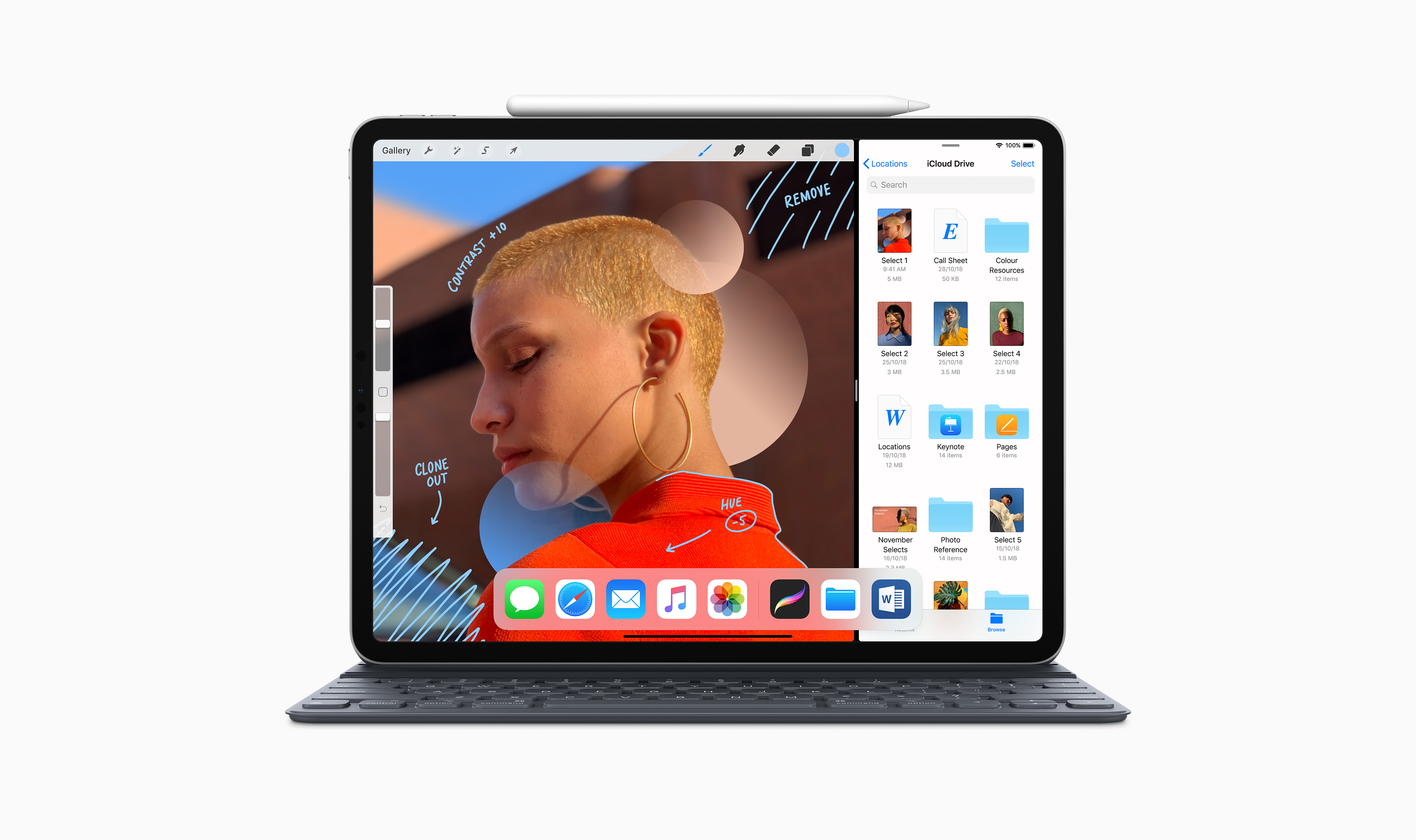 iPad Pro's professional productivity ambitions are still in Apple's advertising, perhaps Apple will introduce more professional-grade tools to gradually get out of the ads, perhaps iPad Pro will let people look at professional equipment from a new perspective, but today, this is Not the real reason you want to have it.

Dajiang’s breakthrough in consumer-grade drones this year was conveyed through Mavic 2 Pro and Mavic 2 Zoom. 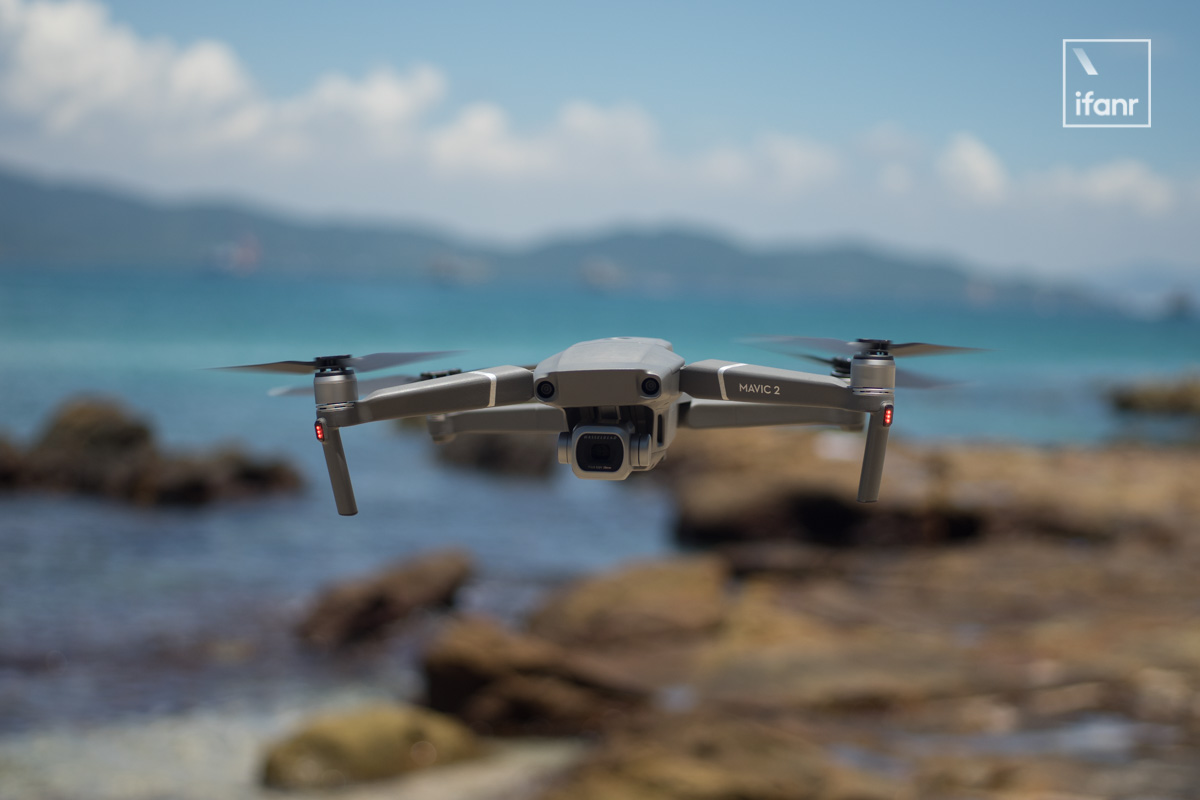 As the flagship product of consumer drones, the Mavic 2 series has made great progress in overall design, flight performance, intelligent shooting, image transmission and battery life. The most impressive is the improvement in aerial performance.

The Mavic 2 Pro may be the first "Hasselblad Camera" for some young people, and the Mavic 2 Zoom is equipped with the first optical zoom camera for consumer-grade aerial photography in Dajiang.

At the same time, the Mavic 2 flight platform is equipped with the smallest three-axis mechanically stabilized dual-photothermal camera PTZ camera in DJI, and combined with a series of expansion accessories, it can be used in the scenes of fast search and rescue and instant inspection. Applied industry-class drones.

The Mavic 2 series combines portability and high performance, and differentiates the camera to meet the requirements of different groups and scenes. Therefore, this product spans both consumer and industrial applications. 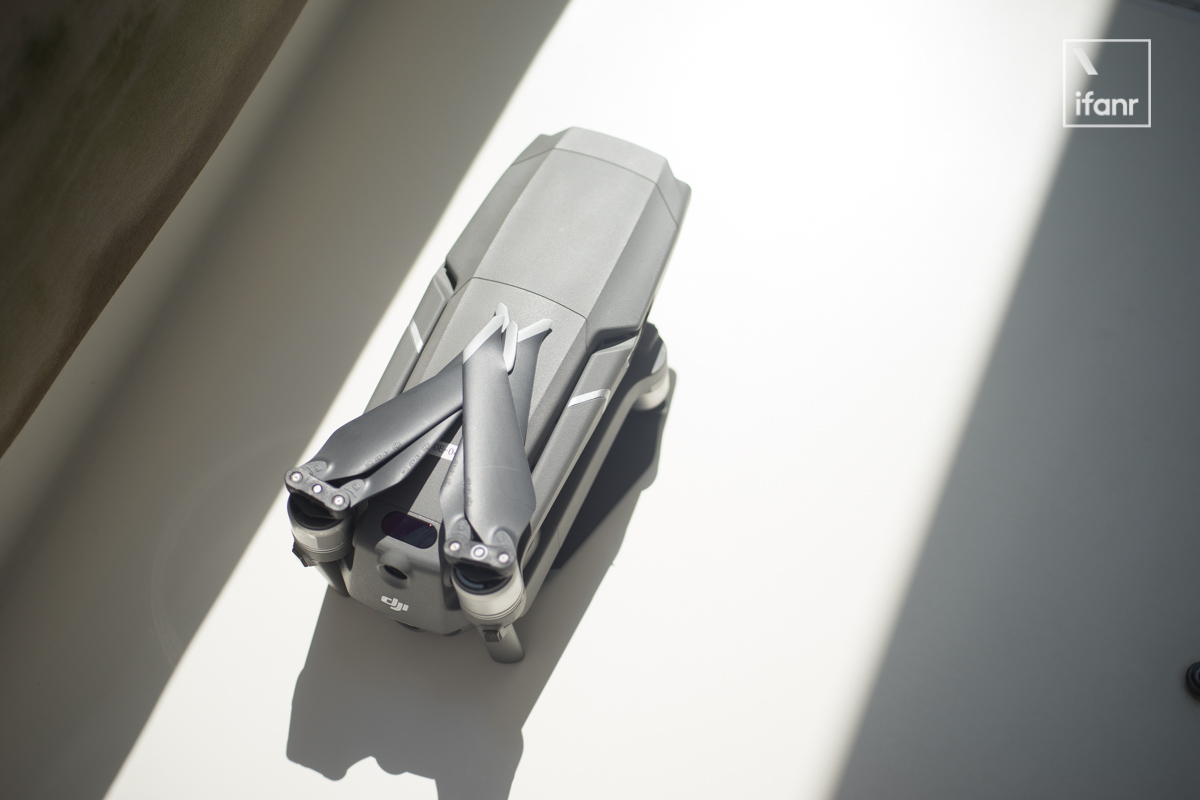 However, we also saw the dilemma of drone innovators on the Mavic series: it is getting harder and harder for consumers to surprise, the product is still on the line of shrinking volume, stacking sensors and pressing performance, the drone itself The many restrictions make it not yet a popular consumer product.

Before the advent of revolutionary technology, the product iteration and industry pattern of consumer drones will not change much.

Osmo Pocket is the smallest handheld PTZ camera and the fifth in the consumer category of the Osmo series. 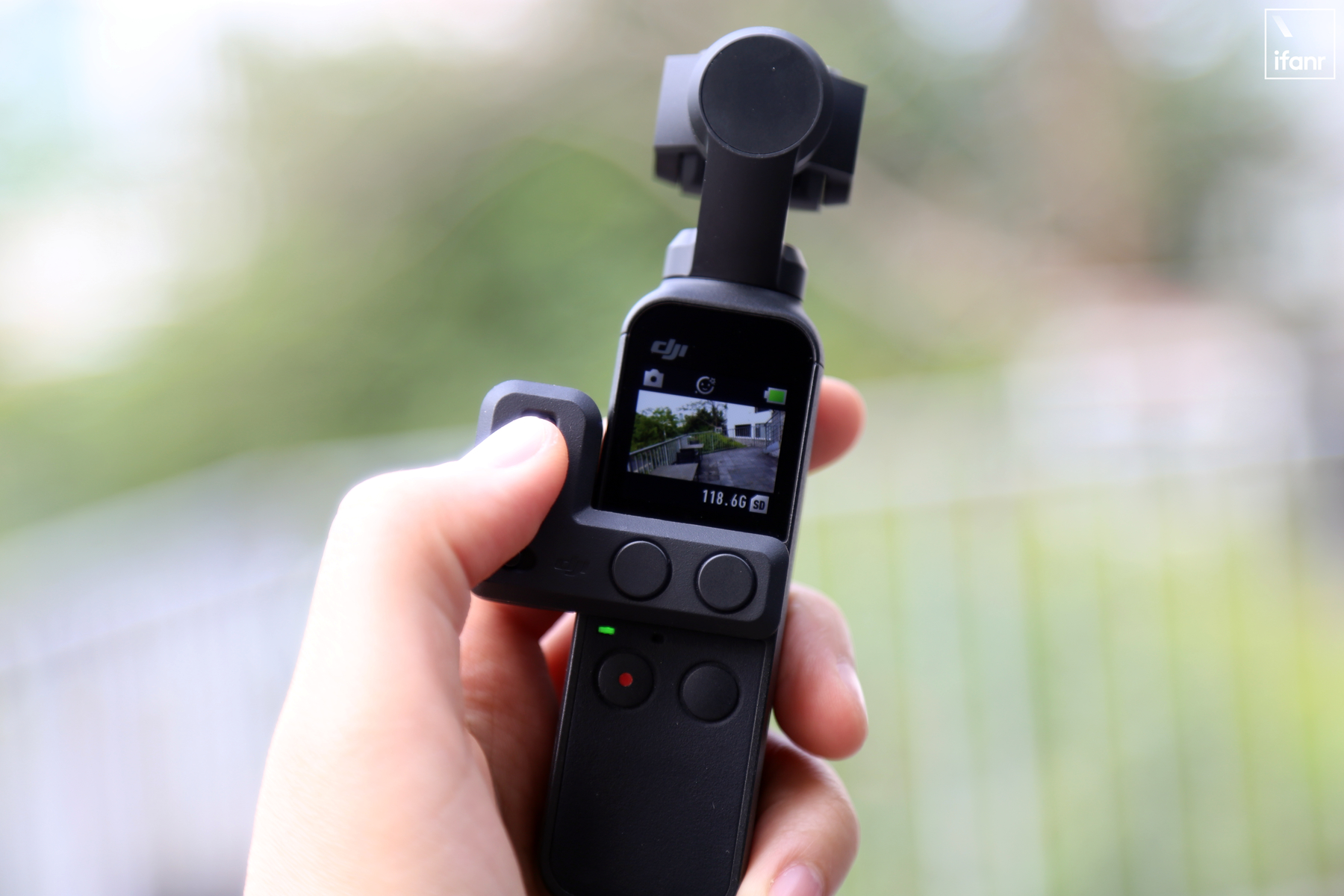 Compared to the early handheld PTZ camera, Osmo can't be used away from the phone. Osmo Mobile is designed for mobile phones. This time, Osmo Pocket's shooting operations can be done independently.

In this product, we have seen a change in the relationship between this series of products and smartphones: the PTZ camera's reliance on mobile phones is further reduced, and it is smarter and more independent in shooting. The main purpose of the mobile phone is to edit and share these steps. Use.

Osmo Pocket has the level of shooting at the phone's image quality, and the quality of the shot may not satisfy the vlogger. However, it looks like it will be forgiven if it is small enough to be pinched and mechanically stabilized.

This product has brought breakthroughs in multiple dimensions for DJI. The first is the breakthrough in product volume, followed by the breakthrough of the application scenarios covered by its film and television production line, and some groups that have not used drones. Become a user of Dajiang. 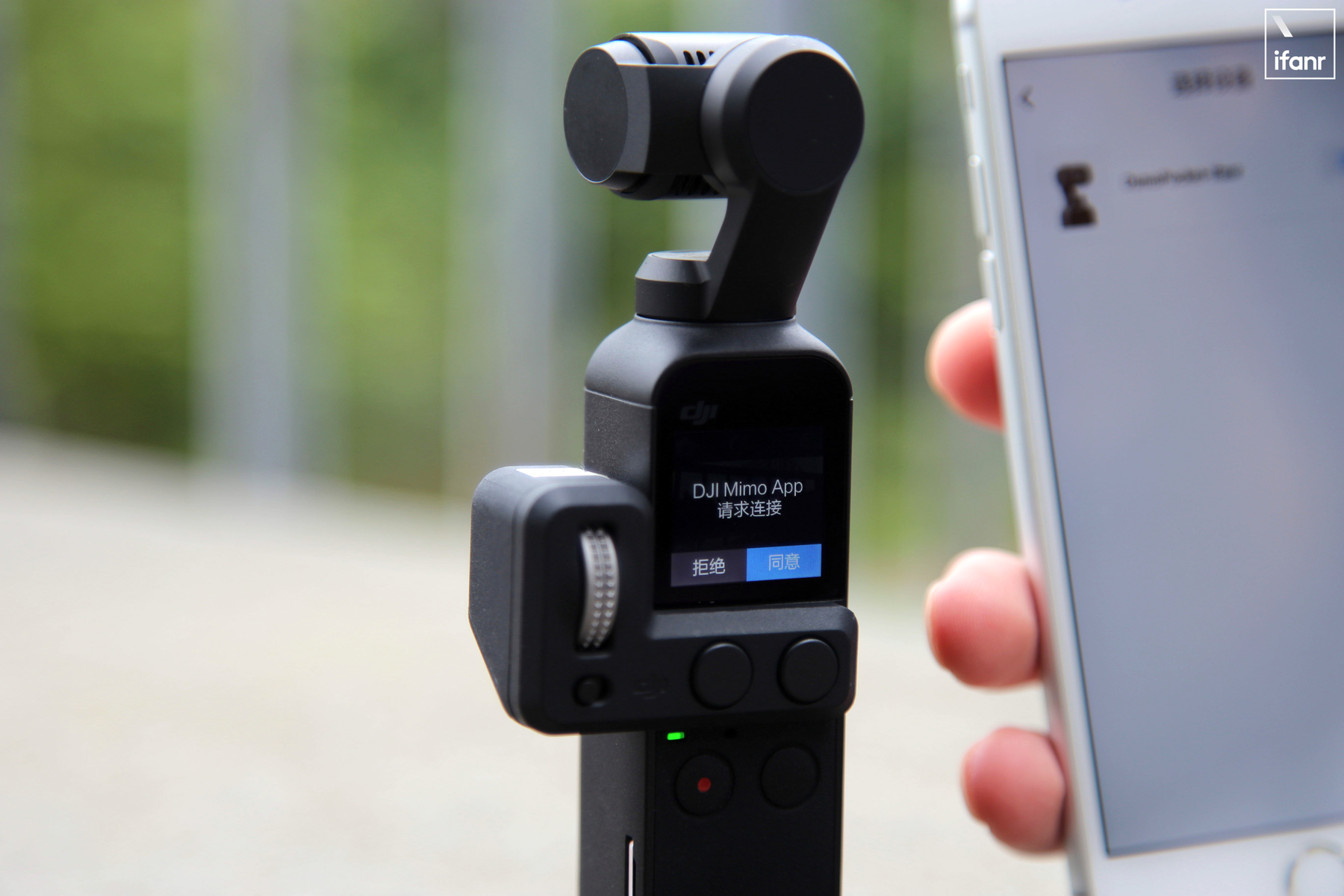 This vlog entry-level product caters to the explosion of this short video content, and has its own dedicated video content sharing software and platform "Mimo". We can predict that Osmo Pocket's shooting performance will continue to improve, and how many in Mimo It may be necessary to wait and see.

But most people may never realize that it is convenient and accurate to manipulate the handles of the PS4, Xbox One and Switch. Not everyone is lucky. Some people have mastered the small handle because of innate or acquired reasons. The simple thing is far from them. 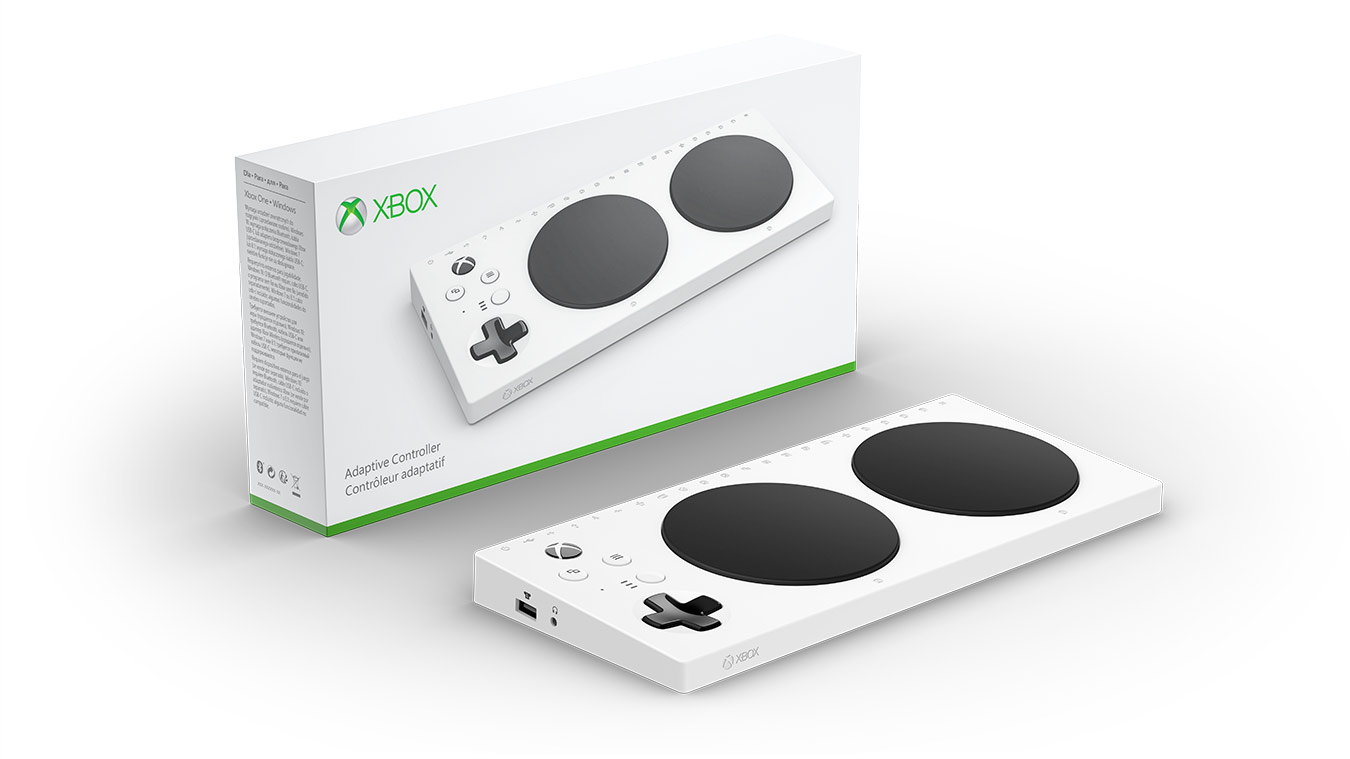 Technology should not be part of the people carnival, but should be to send happiness to as many people as possible. So this Xbox adaptive controller built by Microsoft and full of humanistic care has a sense of mission.

The Xbox Adaptive Handle is not a handle in nature, but rather a programmable docking station with 19 peripheral interfaces that provide the flexibility to meet the needs of people with physical disabilities. 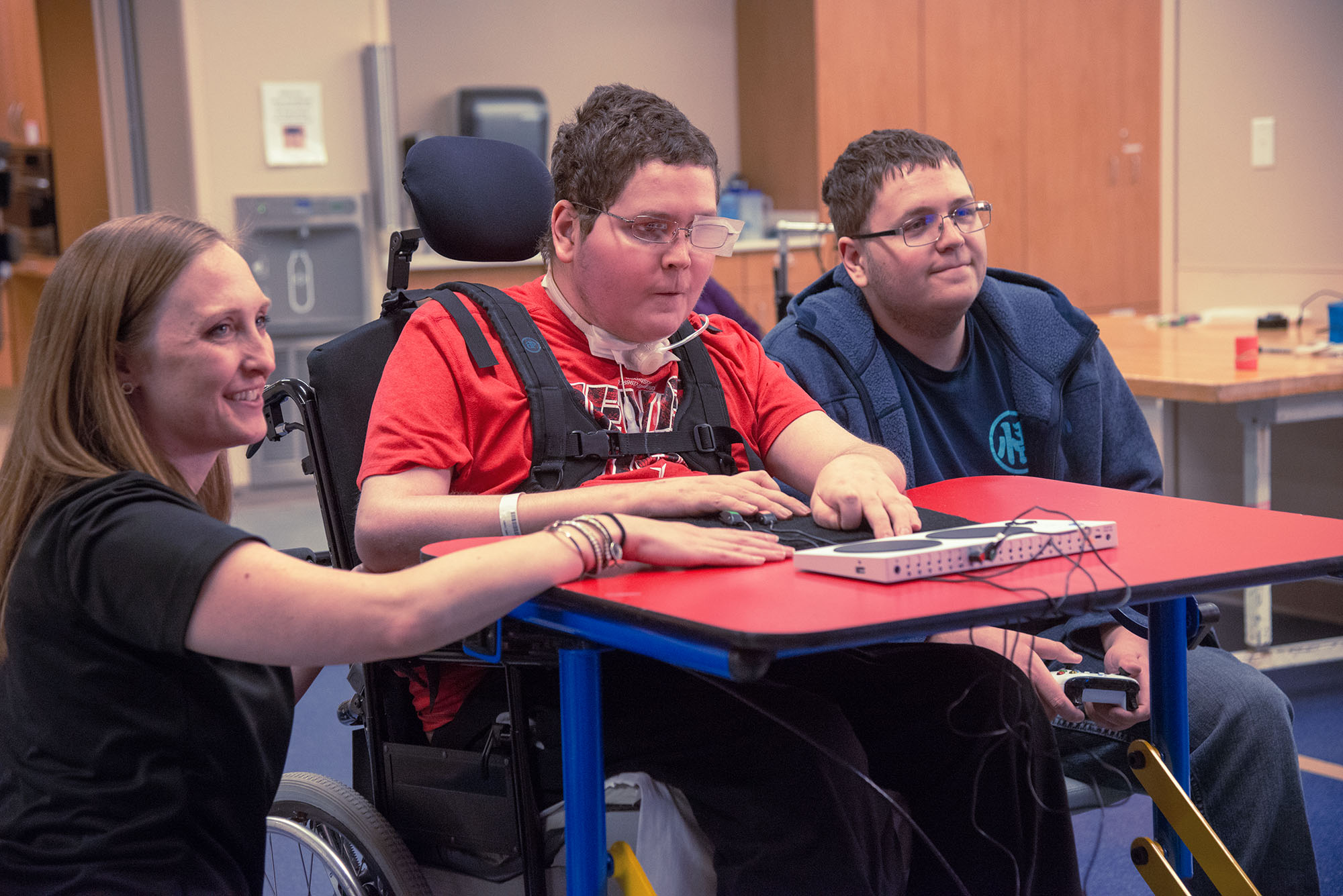 This is a painstaking adaptive handle to make money, maybe not, but when Zachary and his injured twin brother Corey can play again, this has nothing to do with the value.

For the public, they can still shake the handles in front of the TV. In the place that most people can't see, some people who have been taken away from the game right can return to enjoy the game with the help of Microsoft. This is what we call technology to have temperature.

The Xbox adaptive handle is not a mass hardware, but it is indispensable. It tells us that technology is a right, not a boon.

This article was completed by Li Chen and Shen Xingyou.

Related news
Apple Watch Series 4 Wins the Best Display Product of the Year
Apple Watch Series 5 Relevant News Stocktaking
How to Evaluate the New Changes of Apple Watch Series 5
Hot news this week
Wechat has not done this function for N years! Use this app to make up for the defects of wechat
2020 wechat Dragon Boat Festival travel big data: the number of wechat payments increased by 43% year on year, and the post-90s most like to travel
Gree's response to "being disqualified from winning the bid": a mistake made by the bidder in sorting out the materials
Microsoft official free data recovery tool windows file recovery experience
NASA's face touching Necklace: vibration warning to prevent the spread of new coronavirus
IPhone 12: it's more like throwing away the charger
Apple wants to know: what do you do with the charging head of the old iPhone?
Amazon cancels disposable plastic products in India
How long can "Laoganma" carry on after winning Tencent?
Tencent magic change Yang surpasses video self mockery: I'm a simple and honest fake spicy sauce lost 16 million
The most popular news this week
The severity of the epidemic in the United States is greatly underestimated, or the actual number of infected people is 10 to 24 times higher than the existing data
China's Tesla owners humble Rights: fully automatic driving nearly killed! The muck truck merged the line, and even accelerated to hit it
HP spectre folio experience: leather and limited, trying to get rid of homogeneous laptops
"Operation Wizard" has pushed 5.9 monthly fee members, 88vip and Jingdong plus members have something to say
Microsoft's new windows Preview: push new fluent start menu
TSMC 5nm was snatched by Huawei and apple this year
India's telecommunications minister said it had decided to move Huawei out of the country's 5g network construction plan
Huawei mobile phone new patent exposure: camera equipped with "SLR Lens"
5000mAh large battery and 65W super fast charging! These phones help you get rid of charging anxiety
Source: Samsung Galaxy note20 or series is the most expensive