Why is the upcoming completion of IPv6 transformation by Weixin/QQ promoted as a "strategy" by the giants? At the meeting, Chen Ping, Vice President of Tencent Cloud, said that the lack of IPv4 seriously restricted the development of Internet in China. IPv6, as the core element of industrial Internet, will actively embrace IPv6 in Tencent's whole ecosystem, and will continue to open up IPv6 technology to accumulate in industrial ecology.

IPv6 has always been a topic of concern to the industry, and Tencent Cloud has been working hard in recent years.

The picture is: Tencent's practice on IPv6

The data show that the business of TOP 50 is operated by the Internet Information Office.websiteTencent's application pass rate ranks first in IPv6 monitoring. The results show that Tencent, Tencent games, QQ browsers and Tencent videos all support IPv6. In 2019, with the completion of IPv6 technology upgrade by Wechat and QQ, Tencent will become one of the enterprises with the largest number of IPv6 users in the world.

At present, Tencent Cloud has completed IPv6 transformation of backbone network and IPv6 docking of core public network exports in Beijing, Shanghai, Guangzhou and Chengdu in 51 usable areas open in 25 regions of the world. In addition, the scheme has covered seven major vertical industries, more than 50 subdivisions and has cultivated more than 200 specific business scenarios for digital Guangdong, Mushroom Street, B Station and Zhizhi. Hu, Sogou and other government, Internet industry customers provide IPv6 upgrade services.

IPvSixWhy is it promoted as a "strategy" by the giants such as BAT?

As early as November 26, 2017, the General Office of the Central Committee of the Communist Party of China and the State Council issued the Action Plan for Promoting the Scale Deployment of the Sixth Edition of Internet Protocol (IPv6), and issued a notice requiring China to build the largest IPv6 commercial network in the world in 5-10 years, thus significantly improving the carrying capacity and service level of the Internet in China.

Since then, telecom operators and Internet giants have announced their IPv6-oriented promotion plans in 2018/2019.

Thanks to the efforts of basic telecom operators, the IPv6 vertical and horizontal network across the country has been basically in place, and the five key Internet connection points in the country have completed IPv6 upgrading and interconnection. As of October 2018, the number of LTE IPv6 users in China has reached 770 million. There are 840 million broadband subscribers in China, of which 340 million have access to IPv6 network.

"In fact, China is the country most in need of IPv6 in the world. The first reason is the lack, the second is the need for top-level design, and the third is the impediment of the rapid development of science and technology.

Chen Ping pointed out that IPv6 will be more conducive to the development of AI, cloud computing and big data.

IPv6, Internet Protocol Version 6, or "Internet Protocol", is the next generation IP protocol designed by IETF (Internet Engineering Task Force) to replace IPv4 and to be used as the network layer protocol of the Internet. It is said that it can compile a web address for every grain of sand in the world. It replaces IPv4 mainly to solve the problem of IPv4 address exhaustion, but it also improves IPv4 in many other aspects.

For a long time, IPv4 still occupies a dominant position in Internet traffic (of course, the core technology belongs to the United States), and the use of IPv6 is growing slowly. After all, there are 13 roots in the world.The serverThe United States has 10. 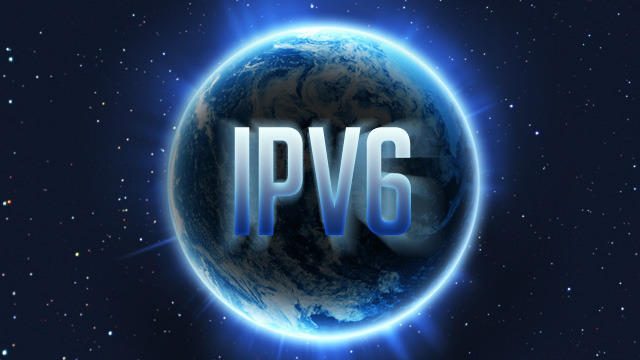 More obviously, as of January 2018, the number of Internet users worldwide had reached 4.021 billion, and IPv4 could only provide about 4.29 billion IP locations. Among them, North America accounts for 3/4, about 3 billion, while Asia, with the largest population, has less than 400 million, and China has only 30 million. The insufficient network address seriously restricts the application and development of Internet in China and other countries.

The scale deployment of IPv6 will be a comprehensive upgrade of the Internet technology industry ecology in China. It will profoundly affect the innovation and change of network information technology, industry and application, and promote the rapid development of mobile Internet, Internet of Things, industrial Internet, cloud computing, big data, artificial intelligence and other emerging areas.

Previously, the Plan of Action for Promoting the Scale Deployment of Internet Protocol Version 6 (IPv6) required that the upgrade of typical applications be the focus in the early stage of IPv6 transformation. Promote a large number of users, a wide range of services portal, social, video, e-commerce, search, games, application stores and online applications and other network services and applications to fully support IPv6. Of course, Wechat, QQ, Tencent videos are among them.

What do telecom operators think of IPv6 as a "tough battle"?

At the meeting, Tian Hui, Director of the Internet Center of the Chinese Academy of Communications and Communications, pointed out that at the end of 2018, the number of LTE IPv6 users reached 770 million, which is not a matter of overnight, but an inevitable trend of social development. Promoting the large-scale deployment of IPv6 is a huge and arduous system engineering.

Xie Chongfeng, chief expert of IPv6 of China Telecom Research Institute and director of Beijing Key Laboratory of Telecom Network Technology Based on Ipv6, said that the reason why operators have been trying to reform IPv6 in the past two years is not the pressure caused by the repeated supervision of the state, but the real realization of the value of IPv6 for the development of the Internet, including China Telecom's active access to the international track. In order to achieve complete transformation earlier.

Duan Xiaodong, president of the Institute of Network and IT Technology of China Mobile Communications Research Institute, believes that the scale of IPv6 transformation in 2018 has been started, which is crucial to the Internet and will become a milestone in the future development of the Internet.

Tencent speeds up IPv6, QQ and Wechat are about to complete IPv6 technology upgrade