At the beginning of the new year, Gree Electric announced a full salary increase.

On the evening of January 8, the cricket reporter was informed that Gree Electric issued an internal document on the same day, announcing the increase in salary for all members, and the total increase in salary was less than 1 billion yuan.

In November 2016, Gree Electric announced the first full salary increase. The plan was that all employees would pay an additional 1,000 yuan per person per month based on the current monthly salary. The scope of issuance is for employees who have been employed for 3 months (except for special salaried staff). The salary increase plan has been implemented since December 2016.

Just after the Spring Festival in 2018, Gree Electric announced a full salary increase on February 25th. This time, the egalitarianism was abandoned. The plan is to increase the salary according to the per capita monthly salary of 1,000 yuan.

On January 8, 2019, the internal notice issued by Gree Electric showed: “The company's research decided that since January 2019, salary adjustments were made according to different positions, and the total salary increased by less than RMB 1 billion. ” 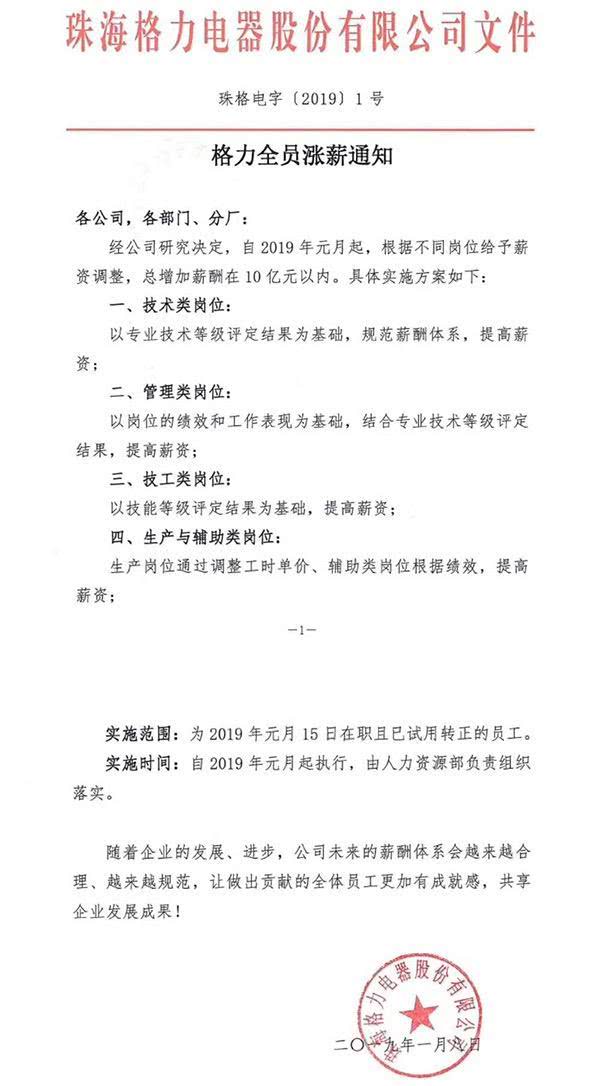