To achieve Sun Zhengyi's dream of driving in the field of autopilot, ARM crazy investment 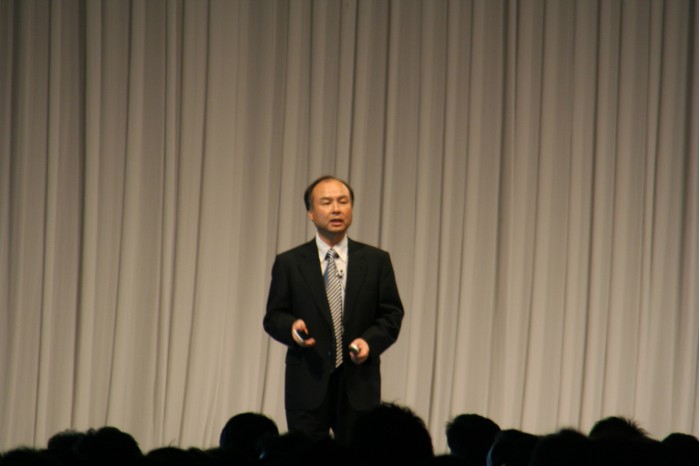 At the urging of Softbank, ARM has added about 2,000 employees, with a total of nearly 6,000 employees. This makes the existing office space of ARM very narrow. ARM employees are scattered in six low office buildings.

ARM will soon be relocated to a new $61 million office building, with wires of more than 1,000 kilometers in length. Although the building was built before the acquisition of ARM by Softbank in 2016, the new office building will help ARM achieve its new goals.

"The new office building is quite low-key, but it's good and big," Muller said.

Established in 1990, ARM quietly grew into the largest listed company in the UK before being acquired by Softbank for $32 billion. It empowers the world's largest technology company to design chips, so almost every cell phone, smartphone, tablet computer is equipped with ARM chips.

Because Softbank CEO Masayoshi Son has bigger goals, ARM officials have to stand in the spotlight. At the meeting, Sun Zhengyi asked ARM executives not only to focus on the day-to-day management of the company, but to implement longer-term plans. He insisted that ARM submit 10-year business plan progress every month, focusing on the future.

Related news
Confused arm China: inexplicable!
Inside story of arm China's CEO recall: Wu Xiongjian investment company competes with arm
Inside story of Wu xiongang's dismissal by arm: Sun Zhengyi appears, or holds the real hammer evidence of the other side
Hot news this week
Wechat has not done this function for N years! Use this app to make up for the defects of wechat
IPhone 12: it's more like throwing away the charger
Gree's response to "being disqualified from winning the bid": a mistake made by the bidder in sorting out the materials
NASA's face touching Necklace: vibration warning to prevent the spread of new coronavirus
Microsoft official free data recovery tool windows file recovery experience
Apple wants to know: what do you do with the charging head of the old iPhone?
Amazon cancels disposable plastic products in India
Luo Yonghao comments on ideal one: Tesla Model 3 is not a car of a level at all
Tencent magic change Yang surpasses video self mockery: I'm a simple and honest fake spicy sauce lost 16 million
A 400-brand evacuation Facebook： the internet giant strangled?
The most popular news this week
The endless fall of Chinese Internet people in the dark under the Indian ban
Tesla's autopilot suddenly accelerates into a truck! Car owner picks up a life recorder video exposure
Small power technology to be listed on the gem: Tencent shares about 10% or become the first share of shared powerbank
WeChat announces 20 million official account "to be successful"
A new version of the Windows 10 experience with a new start menu and a redrawing icon refresh the system
how to enable Windows 10 brand new start menu?
Tencent PK old Ganma: the storm is suspended, the question remains
Windows 10 new start menu design more information exposure
Behind Intel's "out of stock" wave: is it really a false alarm?
The new work movie starring Zhen Zidan will start shooting: game adaptation and customization of "hot blooded scoundrel"