The Chinese Academy of Agricultural Sciences has found that the gene controlling cucumber bitterness has been extended to 1 million mu. 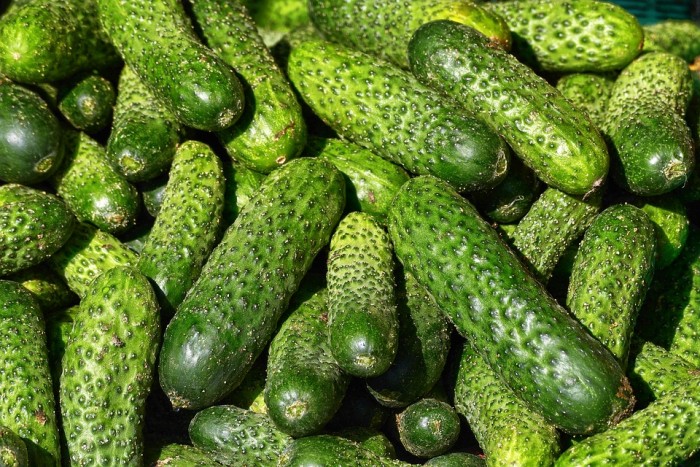 In an interview, Huang Sanwen, a researcher at the Institute of Vegetables and Flowers, Chinese Academy of Agricultural Sciences, who completed the research project on cucumber genome and important agronomic traits, said that the most representative achievement of cucumber genome research was the discovery of nine genes controlling the synthesis of bitter substances in cucumber, and the discovery of two "switch" genes controlling the combination of bitter substances in leaves and fruits, respectively. Cheng. Turning off the fruit "switch" can not make the cucumber bitter; turning on the leaf "switch" can make the leaf bitter to resist insects. Based on the above findings, the Institute of Vegetables and Flowers of the Chinese Academy of Agricultural Sciences has cultivated a series of new varieties of Vegetables and Flowers, and achieved remarkable social benefits.

In recent years, people complain that "cucumbers do not taste like cucumbers!" The taste of tomatoes is getting weaker and weaker. How to cultivate high quality vegetable varieties is a major concern of the people, and also the direction of Chinese vegetable researchers.

The Institute of Vegetable Flowers and Plants, Chinese Academy of Agricultural Sciences, jointly with several units, took cucumber as the research object. Through deciphering the cucumber gene code as a breakthrough, it opened up a new road from genome to new varieties, successfully cultivated new delicious cucumber varieties without bitterness, and made a great leap from heeling to leading in the field of vegetable genomics in China.

Huang Sanwen said that the study further revealed the genetic variation of cucumber, systematically clarified the origin and evolution of cucumber, confirmed that cucumber originated in India, is a local traditional herbal medicine. Because of genetic changes in bitterness, it has become a popular delicious vegetable. Cucumber later spread to different regions, forming three main types: Eurasian cucumber, East Asian cucumber, Xishuangbanna cucumber. The study also found that the separation time of East Asian cucumber and Indian cucumber was more than 2000 years, which coincided with the historical fact that Zhang Qian brought cucumber to China as a popular vegetable in the Western Regions.

It is reported that the cucumber genome is the first vegetable crop genome, and the results of this project have led to genomic studies of other vegetables, including cabbage and tomato. Chinese scientists have published more than 10 research papers in top international journals, such as Nature, Science and Cell, to promote the discipline of vegetable genome in China into the world's leading ranks.

Related news
China Explores the Use of Bedbugs to Fight Army Pests in Autumn
Tencent "code farmer" has planted the land again: the last time is cucumber, this time is tomato
HIV CURE FOUND
Development of Super Fresh-keeping Technology for Fruits and Vegetables by Apeel Science
Superstars fall! He is the pioneer of Modern Virology in China and has developed anti SARS drugs
Hot news this week
***
Samsung will invest more than $5.7 billion in NAND flash chip production line in hanzeng
Huawei TSMC hired two white house lobbyists for its second largest customer
The first millet mobile phone in India! Xiaomi, head of India, remembers Mi3: the first sale of secku's e-commerce system collapsed
A wallpaper makes Android phones crash: it's the color gamut
Xiaomi 618 many new products presale redmi display 1A 23.8 inch price 499 yuan
India mobile Q1 shipments out! Domestic mobile phone dominates Samsung's list
In tmall's selling of sexy products, the sales volume is more than 1 billion yuan. How can I achieve this?
Tesla's autopilot has to step through these pits before it can "roll over"
The essence of business war is to match resources
The most popular news this week
Twitter's new installations hit a record high as users looked for protests and covid-19 news
US government adjusts restrictions on Chinese flights to and from the US
Motorola releases 2 entry-level smartphone Moto G Fast and Moto E
Apple launched a new open source project to facilitate password management App create strong passwords
Bosch creates a new system help connect to help motorcyclists get help faster
Old users don't have to know that wechat has so many practical skills
Old users don't have to know! There are so many practical skills hidden in wechat
Dada group's U.S. listing: nearly 30% drop after opening
Sa Beining was the first "public wake-up officer" in Alipay: providing a all in one service for liars from prison to program.
China Mobile publicizes the progress of rectification: a large number of offline packages to solve the selection problem