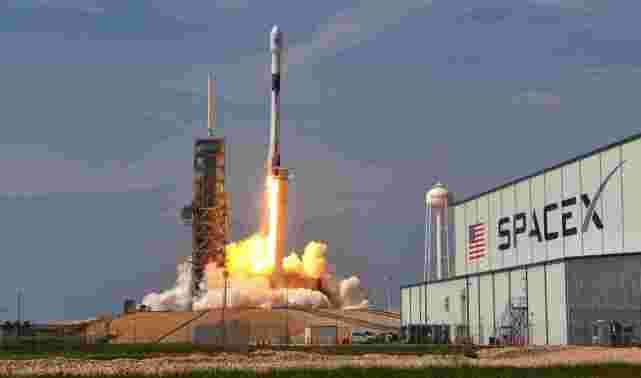 In 2018, in the cold winter of capital, commercial aerospace was a "small vent".

“Business aerospace companies have continued to gain capital attention in the past year, and it is indeed a unique show in the cold winter. The financing obtained at this point in time can achieve higher capital efficiency for many &squosaving & rsquo; teams. ” Aerospace comet founder and CEO Zhao Lei believes.

In January of this year, 21st Century Business Herald reporters visited a number of commercial aviation start-ups, as well as VC investors in this field, and listened to them about China's commercial space in 2018.

“2018 is a real year of China's commercial aerospace industry. Everyone talked about their dreams and ushered in the real product landing. ” A number of respondents expressed similar views.

On the global market, there are a large number of commercial aerospace entrepreneurs in China, including Ellen Musk and Jeff Midzot; Jeff Bezos, who have created a new space map. They are writing a new chapter in their own lives.

“The astronauts have the opportunity to come out and create aerospace-related industries. This is the first time in China’s 60-year history of space. There are not a few people who have aerospace dreams and entrepreneurial dreams. We believe that this is a systematic project, and it is also step by step according to several stages of development goals. In January of this year, Liu Baiqi, founder and CEO of Xinghe Power, told reporters at the company headquarters in Yizhuang, Beijing.

Since the end of 2014, the rapid development of foreign private space and the domestic policy represented by SpaceX are gradually opening up. The implementation of the military-civilian integration policy has opened the door for the army to turn to the people and the people to join the army, so that the technology and talents that were originally enclosed in the system for 60 years have begun to flow.

A number of commercial aerospace companies including Zero Space, Blue Arrow Aerospace, and Tianyi Research Institute were established around 2015, and with the policy of breaking ice, this year is generally considered to be “the first year of commercial space”.

After entering 2018, China's commercial space start-ups have entered a new stage of development. Among them, in the field of commercial rockets, companies such as StarCraft Glory, Blue Arrow Space, and Zero Space completed the first rocket launch in 2018.

“In the past, everyone generally believed that aerospace was a matter for the country. The practice of SpaceX gave everyone the consensus that dozens of entrepreneurial teams can develop and undertake national projects. ” Yuan Hang Capital Partner Chen Dong told reporters.

Yuanhang Capital was established in 2015. Most of the management team members have the background of Beijing University of Aeronautics and Astronautics. Commercial aerospace is an important layout area of ​​the fund. Under this theme, many businesses such as Xinghe Power, Weiner Star, and Space Comet have been invested. Aerospace start-ups.

“From design to production, to subsequent testing, finalization, mass production, it takes two or three years to accumulate. ” An early member of the commercial rocket team analyzed why the industry achieved substantial growth in 2018.

When talking about the investment threshold in this field, Yuan Zhiyong, a partner of Yuanhang Capital, told reporters: “For the sake of history, politics and capital, the aerospace industry belongs to the industry controlled by the state at all countries, so this has led to technology, industry chain, Talents are highly closed, which puts high demands on the professionalism of investment teams working in this field. ”

In March 2017, SpaceX first used the recovered rocket for another space launch. The Falcon 9 rocket sent a commercial communications satellite into space and made a soft landing in the Atlantic after completing its mission.

“I think this is an incredible day for the entire space industry. It means that we can launch the most expensive first stage of orbital rockets again and again, and it will eventually bring a huge revolution in space. ”SpaceX founder Elon · Musk said excitedly on the live video of the launch.

On this day, Liu Baiqi, who is still in the system, has sent a circle of friends: commercial aerospace has sprung up, always hear who is the next SpaceX, I think you are just yourself, the rocket can be reused, but not all Success can be repeated!

“China can have no Musk, but there can be & rsquo; Falcon 9 & rsquo;. & rdquo; With such a vision, he and a number of partners from the system co-founded the Galaxy Power.

After the establishment of Xinghe Power, it quickly confirmed the 20 million yuan angel round financing. Like the planning on the business plan at that time, the company completed the ground thrust test of the largest thrust solid rocket motor in domestic private enterprises in November 2018.

If the earliest explosions of China's commercial aerospace business are commercial rockets and commercial satellites, then three years later, there are more entrepreneurial teams in the fields of measurement and control, data applications and services, and launch sites.

“The participants in the industry are quite colorful, many of them come out of the system, and there are people who used to operate, do the Internet, and do culture (tourism). It is also a good state for everyone to influence each other and learn from each other. ” Zhao Lei said.

In the opinion of many respondents, even in the first private rocket track that broke out, the industry's first echelon has not yet formed. Practitioners are still in the process of commercializing their vision.

“Now everyone is still competing with themselves. When the rockets of all the families come out, it is the real beginning of competition when the competition is good, the iteration speed is fast, and the cost control ability is strong. ” Xia Dongkun, founding partner and vice president of Xinghe Power, believes.

Investors' interest in commercial space races continues, and in the eyes of entrepreneurs and investors, the new ones will still be able to see the “warm sun in the cold winter”.

“The commercial aerospace venture at this stage still needs to be supported by capital. Under the current cold winter environment, it is most important for the entrepreneurial team to survive. They also need a financing team to explain the industry logic and stories to investors. ” Talking about the market environment in 2019, Chen Dong suggested.

In the year of 2019, Deep Blue Aerospace announced that it has completed tens of millions of seed round financing, led by Shun Capital, and Changfeng, Zhizhuo Capital and Yanqing jointly voted. According to the plan, the company will complete several rounds of financing in order to complete the development of the rocket as a whole and each sub-system.

“2019 will be a milestone for China Aerospace, especially commercial aerospace. In the view of Meng Xing, executive director of Shun Capital, commercial space is an area not to be missed.

In overseas markets, commercial aviation start-ups such as SpaceX, Rocket Lab, HyperSat, and iSpace completed a total of approximately $3 billion in financing in 2018. Among them, SpaceX's pre-investment valuation of the latest round of financing has exceeded $30 billion.

Blue Origin, another notable commercial rocket company, did not disclose private equity financing, but it also got more investment from the founder and Amazon founder Jeff · Jeff Bezos. Prior to this, Bezos invested more than $1 billion annually in blue origin.

Compared with these projects, the amount of financing for China's commercial aerospace enterprises, which is still in the early stage of development, is mainly concentrated at the level of 100 million yuan.

“Many people think that commercial aerospace is a very expensive industry. In fact, the amount of capital in this field is much less than the cost of sharing bicycles. And after the technology is verified, the future output will be very impressive. ” Zhang Zhiyong said with emotion.

A person who is responsible for financing the commercial rocket told reporters that when commercial rocket start-ups were financing in 2015, most investors did not believe in the industry prospects portrayed by the startup team. This widespread questioning did not begin to change significantly until 2017. .

“A lot of people believe because they saw it. Only a few people saw it because they believed it. & rdquo; The person said.

Changes are still happening. In the eyes of commercial aerospace ventures and investment participants, the two main priorities of early investors are to seize the final “window period” of spacecraft manufacturing, as well as in launch and measurement services, satellite operations and data applications. Rapid card position.

“The biggest task and goal of commercial aerospace startups is not to pursue high-tech with high risks, but to make use of the mature technology and engineering experience that the team has mastered to make high-reliability and low-cost products as soon as possible. At the same time, improve the supply chain system and services. Fast delivery of commercial products. ” Yuan Xin Capital Partner Wang Xinhe believes.

At the end of 2018, aerospace comets, which mainly provide commercial satellite monitoring and control services, completed tens of millions of Pre-A rounds of financing. Zhao Lei told reporters: “In the past, the measurement and control business failed to attract enough investors in terms of technical content and market imagination space. After one or two years of running-in, investors have been able to truly see the important strategic opportunities facing space monitoring and control. And a rich imagination. ”

The head of the Huachuang Capital Frontier Science and Technology Group, in the article "Why We Invest in Blue Arrows, Embrace the Golden Age of Commercial Aerospace", said that the Matthew effect of China Commercial Aerospace Investment Circuit will be as obvious as SpaceX, Blue Origin and Rocket Lab in the US. Two or three companies in the head will enjoy the maximum market premium, regardless of social resources, government support, talent flow, social capital investment, will gather these companies.

“From the perspective of ‘ track & rsquo;, commercial aerospace, especially commercial rocket launch, is an investment track with extremely high growth and high potential. ” In her view, the commercial space rocket launch track is inevitable, just a matter of time and resources.