As a continuing work,IBM eventually hopes to introduce a system that allows people to participate in "unbiased debate".

Imagine that if AI could help make decisions without prejudice or objection, it would obviously become a world-class top debater. In other words, Project Debater does not seek specific factual arguments (but embraces as many different viewpoints as possible) in order to fabricate arguments that support or oppose a particular topic. 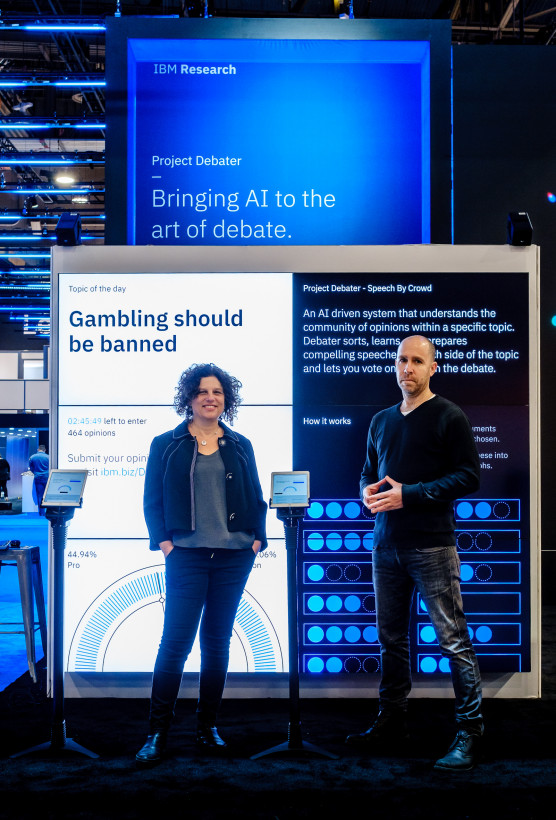 IBM hopes to use this technology to promote technology development in this field.At this Consumer Electronics Show (CES 2019), IBM demonstrated Project Debater AI with the example of "Should We Promote Vegetarianism?" Speech By Crowd has a broad application prospects, ranging from training the campus debate team to preparing the case argument, which can be completed with the help of AI.

In an interview with foreign media TNW, Dr. Talia Gershon of IBM Research Institute said that they would hold a live debate competition in June this year, hoping to see the reaction of people when they first saw the technological progress. 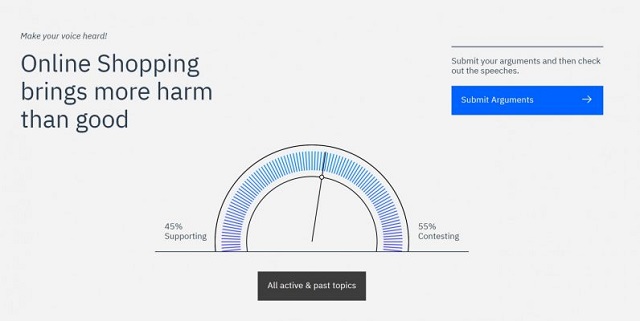 The team for this debate will be limited to 50 people, but IBM has shown a larger demonstration with hundreds of people on CES. Based on the arguments put forward by everyone, the system will combine them into a more powerful narrative.

I was amazed at the persuasiveness of the speech, which was made up entirely of ideas gathered from people around the world, and based on the discussion at the booth, I knew I wasn't the only one.

When IBM announced Project Debater last year, people thought it was a good idea. But there are also objections that such debates are unfair.

After all, machines rely on pure rational thinking and logic, like Spock in Star Trek, to suppress their emotions. The reason why human beings are different from machines is precisely because of the existence of Captain Kirk.

Related news
Hot news this week
Synergy Research released 2020Q1 China public cloud market report Baidu Intelligent Cloud stable third
Wechat has not done this function for N years! Use this app to make up for the defects of wechat
Gree's response to "being disqualified from winning the bid": a mistake made by the bidder in sorting out the materials
It's a traditional vertical record! Evaluation of Toshiba MG08 16TB second generation enterprise class helium filled hard disk
Microsoft official free data recovery tool windows file recovery experience
2020 wechat Dragon Boat Festival travel big data: the number of wechat payments increased by 43% year on year, and the post-90s most like to travel
Apple wants to know: what do you do with the charging head of the old iPhone?
NASA's face touching Necklace: vibration warning to prevent the spread of new coronavirus
This design Chinese old man Le Du suit! Norwegian one-car push mini-stepping car: human electric two powe
Amazon cancels disposable plastic products in India
The most popular news this week
IPhone 12: it's more like throwing away the charger
A 400-brand evacuation Facebook： the internet giant strangled?
"Headline party" panning for gold on the edge of wechat's "red line": the cost of doing evil is very low
Was China Mobile disqualified from winning the bid due to fraud? Gree: peer malicious slander attack
Samsung Galaxy note 20 and note 20 ultra are likely to be the most expensive note models in history
This session star is not the spokesperson, enter the Internet enterprise more fragrant?
China accounts for 94% of us fireworks imports
Manon, USA, is fleeing Silicon Valley
ASUS main board leads Rog day fans Carnival highlights
What's more than a shot? These hidden functions of the updated wechat are 6