[Global Network Reporter Zhang Ji] Reuters reported that on Friday (11), a senior executive of Huawei Canadian company disclosed that he would leave the company without giving reasons. Reuters stressed that this departure was in the context of Huawei's growing scrutiny in the West. However, Global Network reporters saw in the executive's letter of resignation that he highly recognized the values of Huawei's Canadian team and Huawei's company. 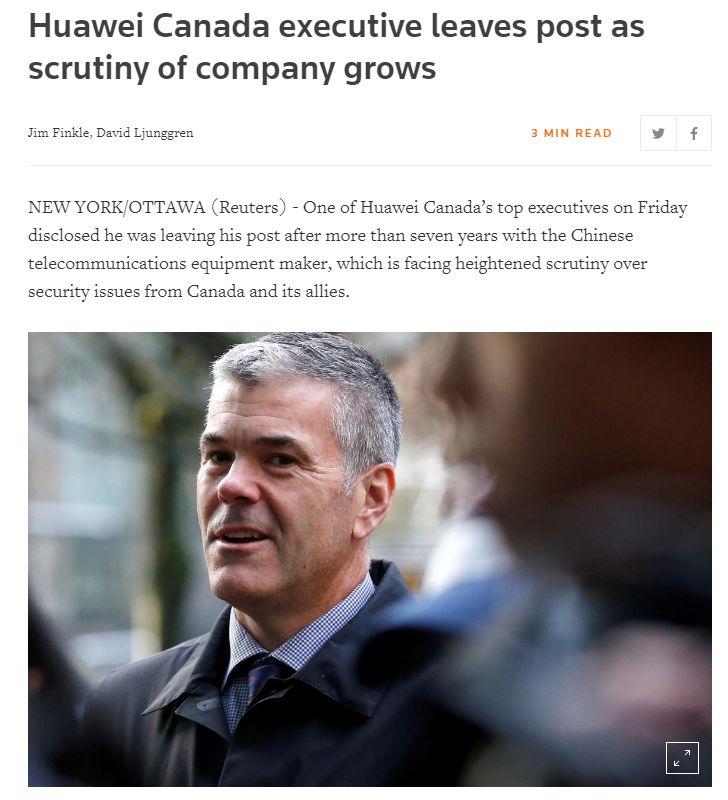 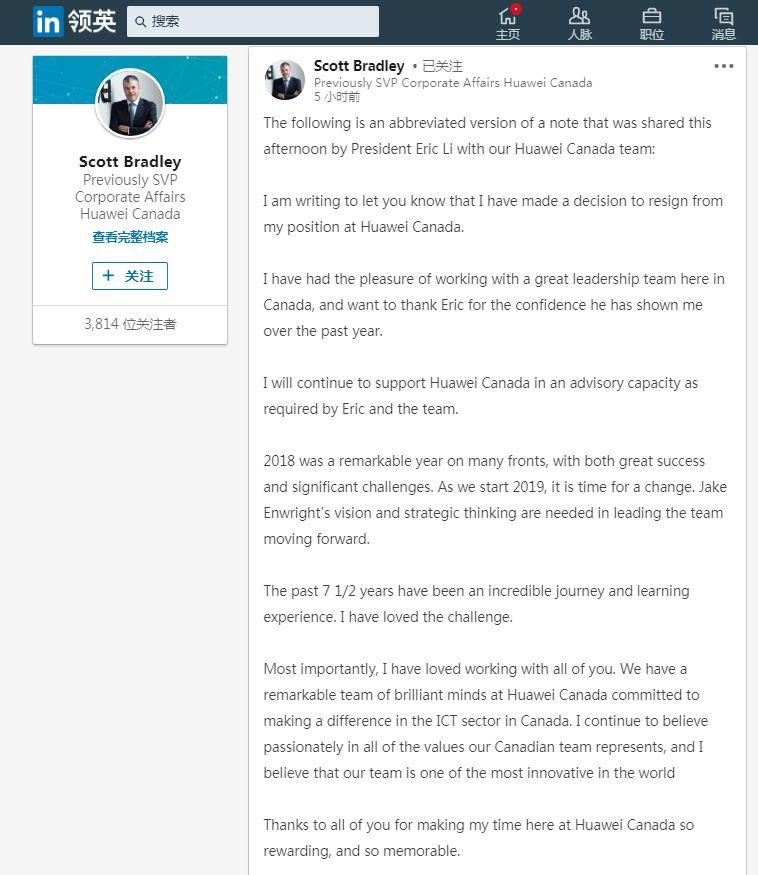 According to Reuters, Huawei is a major supplier of telecommunications equipment in Canada, and Bradley served as chairman of the 5G Canada Council. He is also an important spokesman for Huawei Canada.

Reuters said the background of Bradley's departure was that Huawei was under increasing scrutiny from the West. Poland had just arrested a Huawei employee and suspected that he had acted as a spy, which could exacerbate Western doubts about Huawei.

But there is a big difference between this interpretation and Bradley's own statement.

Bradley said in his leadership that he intends to continue to advise the company. 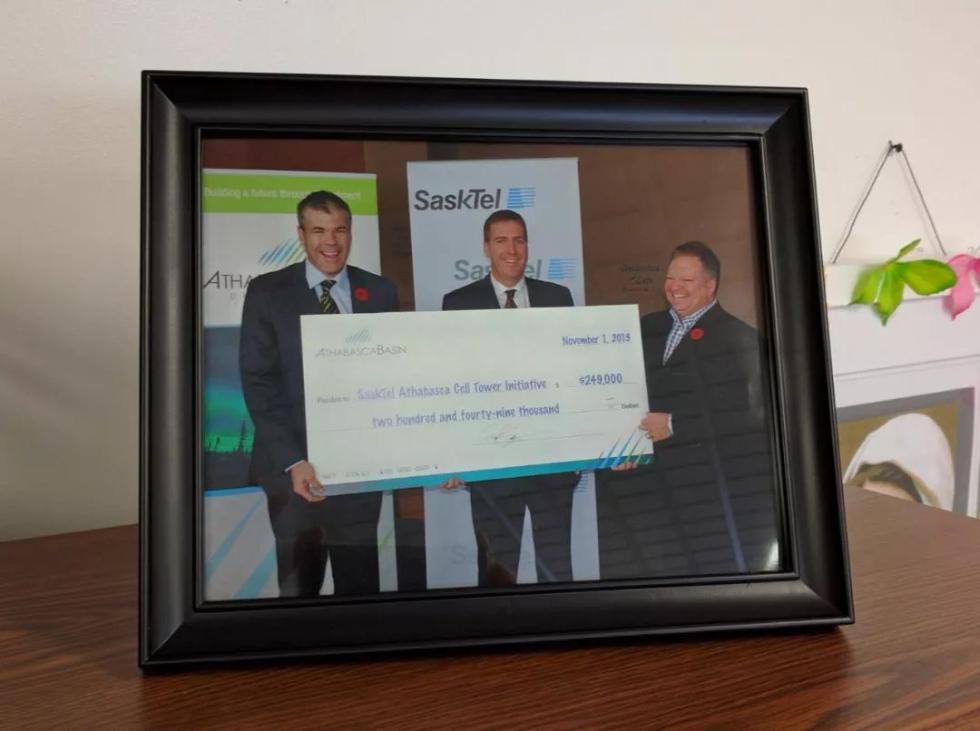 Bradley will then serve as Huawei's special adviser to assist the company.

I am writing to inform you that I have decided to resign from Huawei Canada.

I am very happy to work with an excellent leadership team in Canada. I want to thank Eric for the confidence he has given me in the past year.

According to Eric and the team,I will continue to support Huawei Canada as a consultant.

The past seven and a half years (for me) have been an incredible journey and learning experience. I love this challenge.

Most importantly, I love working with all of you. Huawei Canada has an outstanding talent team dedicated to bringing about change in Canada's information and communication technology field.I still strongly believe in all the values that our Canadian team represents, and I believe that our team is one of the most innovative teams in the world.

Thank you for making my time in Huawei Canada so fruitful and unforgettable.