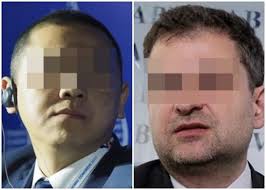 Global Times reporter learned from the Chinese Embassy in Poland on Friday that Chinese citizens arrested in Poland were Huawei employees.

On 12 January, the Ministry of Foreign Affairs responded to the detention of a Huawei Polish company employee by the Polish Internal Security Bureau on 8 January: China pays great attention to Wang Weijing's detention by the Polish Internal Security Bureau. The Chinese Embassy in Poland has met with the Polish Ministry of Foreign Affairs for the first time and asked the Polish side to inform the Chinese side of the case as soon as possible, arrange consular visits as possible, and handle the case in a legal, fair and proper manner. Effectively safeguard the legitimate rights and interests, safety and humanitarian treatment of the parties.

The following is the full text of Huawei's response:

Wang Weijing, an employee of Huawei's Polish representative office, was arrested and investigated on suspicion of violating Polish law for personal reasons. The incident has had a negative impact on Huawei's global reputation. According to the relevant management regulations of the company's labor contract, Huawei decided to terminate its employment relationship with Wang Weijing immediately.

Huawei has decided to terminate the employment of Mr. Wang Weijing, who was arrested on suspicion of breaking Polish law. His alleged actions have no relationship to the company. In accordance with the terms and conditions of Huawei's labor contract, we have made this decision because the incident in question has brought Huawei in to disrepute.

Huawei Canadian Executives Departure: I still have a keen belief in the company's full values

Related news
Disassembly report: Huawei freebuses 3 real wireless headset
Huawei shopping mall's 318th anniversary comes to Huawei VR glass to make your home feel the bright spring light
Hot news this week
***
Taobao responded that the user account was disabled in 980: too many refunds triggered the regulatory mechanism
Asustek 11 b460, 4 H410 motherboards: 649 yuan, 10 generations of core
Samsung will invest more than $5.7 billion in NAND flash chip production line in hanzeng
Samsung global starting Intel Lakefield 5 core processor :10 nm 22nm mashups
Huawei TSMC hired two white house lobbyists for its second largest customer
New screenshot of microsoft flight simulation focuses on Boeing 747
Combination of Wi Fi 6e and Bluetooth 5.2! Qualcomm announces the fastest wireless solution in the world
The first millet mobile phone in India! Xiaomi, head of India, remembers Mi3: the first sale of secku's e-commerce system collapsed
Not only Huawei Kirin 710 domestic 14nm, but also the second customer: USB 3.2/pcie 3 all in one
The most popular news this week
What kind of penguin is Tencent QQ? First official response: it was it
Amd GPU has shipped 553 million products in seven years: Intel / NVIDIA envies its advantage
SMIC: the process such as 14nm modified by US policy may not be able to be commissioned for some customers
Online and offline consumption recovery "comprehensive meeting": are you hungry? More than one million businesses join tmall 618
Canadian telecom giant chooses Nokia Ericsson equipment to build 5g network
Firefox 77 stable release: Pocket recommends landing in the UK to optimize webrender
30% of young people are cheated because they don't listen to advice? Alipay: find someone to "listen to advice"!
Clothing black horse concentrated, tmall 618 locked in the home game
Tencent's US $260 million stake in the developer of "armed raid 3" became its largest shareholder
Analyst: cloud computing is expected to drive Microsoft's market value to more than $2 trillion