Which cell phone to use? Analysis of Camera Sensor Type and Parameter Function

This article will introduce the parameters of mainstream sensors, the impact of parameters on imaging, and which mobile phones are used. 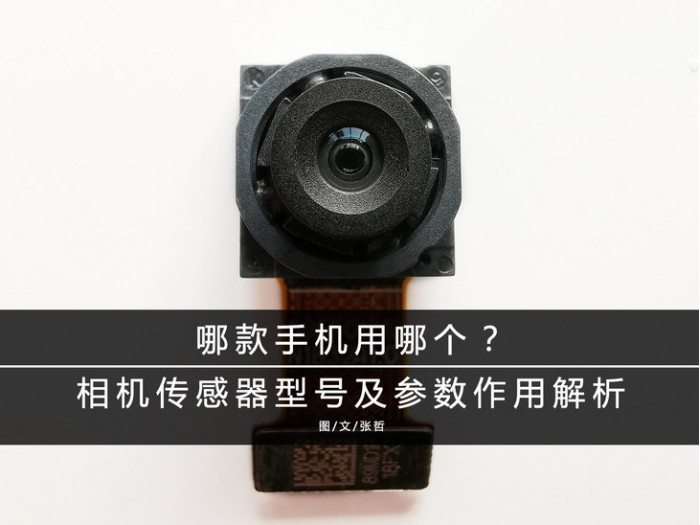 What does sensor size affect?

Ignoring software algorithms and other factors, the larger the sensor size, the better.Because the size of the sensor determines how much light is captured. When taking photos, each pixel on the sensor records "light information", and the large size of the sensor means more abundant information. This also means that the "big bottom" sensor can bring higher dynamic range, wider ISO range and less noise.Direct performance is better exposure and detail restoration under complex light and shade conditions, and better exposure and noise control in dark environment.If you can perform well in complex scenes with dark and dark conditions, your mobile phone will perform well in other scenes. 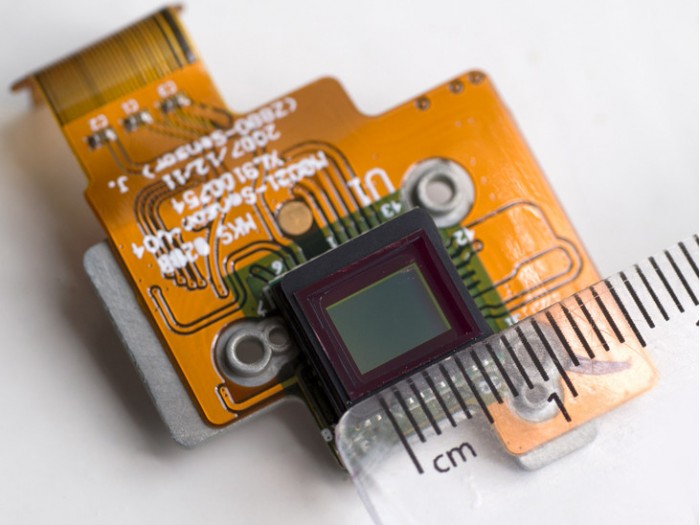 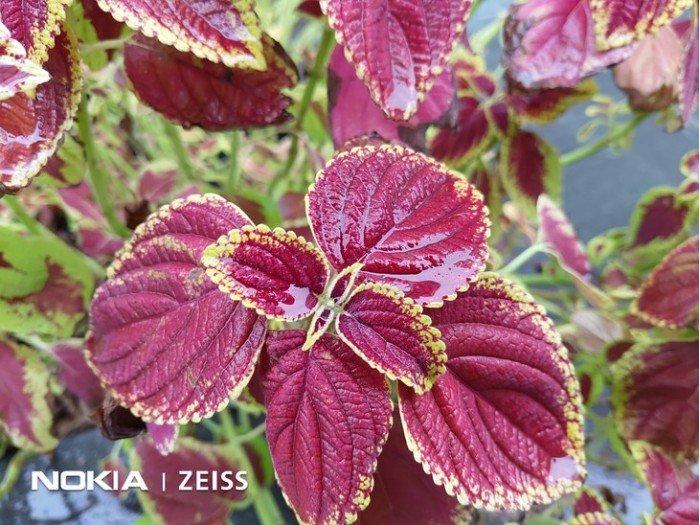 Physical background in non-virtual mode is virtual and the effect is natural. 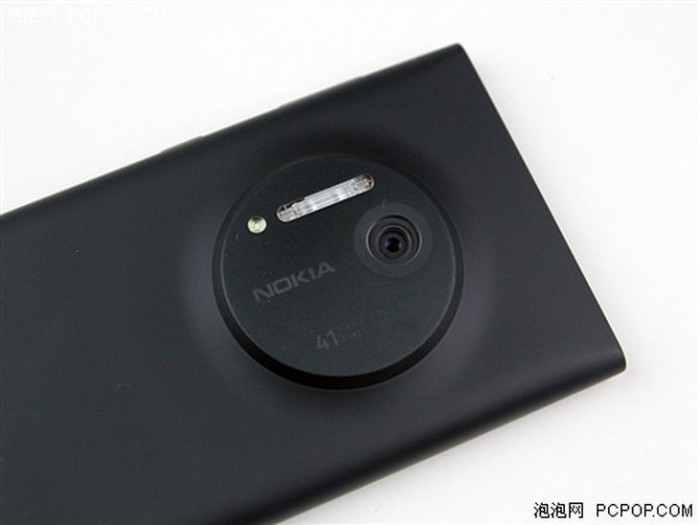 The disadvantage of large size sensor is that it takes up a lot of space. Because not only the sensor itself is large, the large-size sensor also needs large-size lens to cover.If the lenses and sensors are large, the thickness of the mobile phone and the volume of the camera bulge will inevitably increase, and will occupy the space of other parts of the mobile phone. The choice of sensor size has always been a tradeoff for mobile phone manufacturers.

What does unit pixel size affect?

The size of the unit pixel size determines the light sensitivity of the sensor. The larger the pixel size, the better the darkness shooting ability.The most intuitive performance is the noise level.

From the formula, it can be seen that the effective pixel, sensor size and unit pixel size affect each other. If the unit pixel size of a sensor is large, its sensor size will not be small in general. But some sensor pixels are too high, at this time, no matter how large the sensor volume is, it can not avoid the small size of the unit pixel. At this time, we will use the prime quadruple to synthesize a large pixel with four small pixels, and reduce the number of pixels to a quarter of the original. We try to make up for the disadvantage of small pixels'inadequate sensitivity by using large equivalent unit pixel size.

What does the effective pixel affect?

The bigger the effective pixel, the higher the resolution, and the clearer the details of the photo. 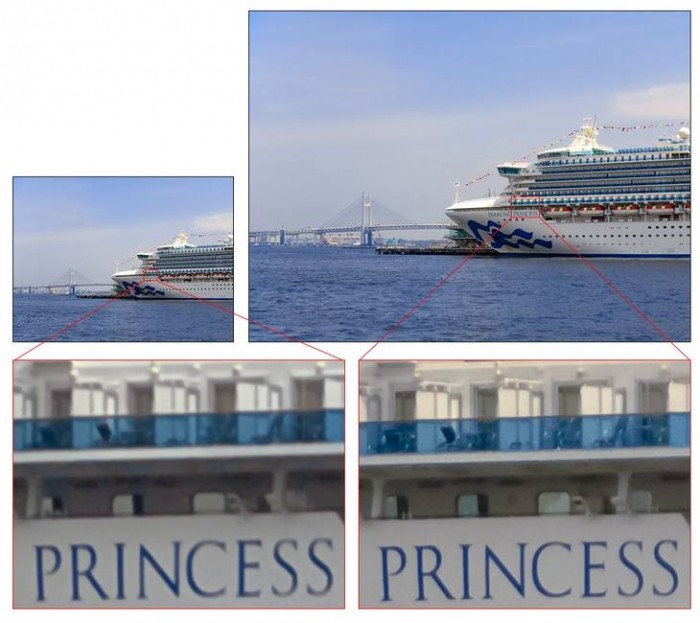 However, due to the low size of unit pixel caused by large pixels, the noise of high-pixel photographs will be relatively obvious in non-light-rich scenes. at presentThe method of resolving the dark light noise of high-pixel sensor is the four-in-one pixel mentioned just now.Sensors using this technology are also described below. 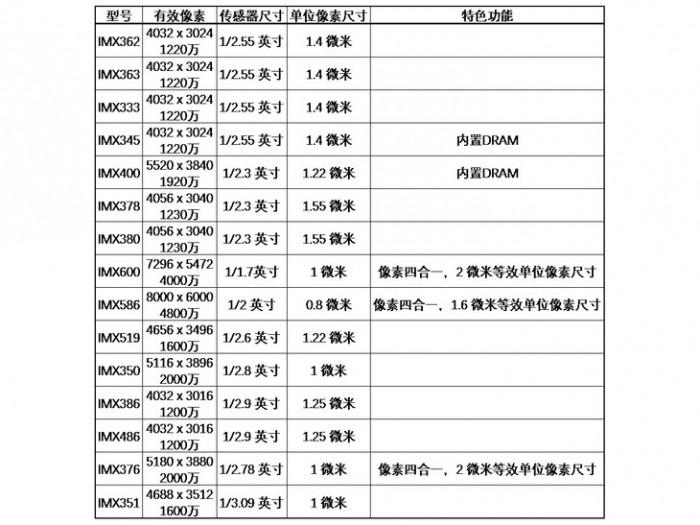 What kinds of mobile phones with different types of sensors are there?

According to product positioning, main function, product design and supply chain situation, mobile phone manufacturers will decide the type of sensor selected by the product, and match the corresponding software algorithm with it. After looking at the main parameters, let's see which models use the camera sensors in the parameter table, and the general performance of the sensors.

IMX362 is a high-end sensor, mainly used in 2017 flagship aircraft, such as Google Pixel 2 series, Nubian Z17S, vivo Xplay 6 and HTC U11. However, due to the fierce competition, many mid-end aircraft also carry IMX362, such as Meizu M15, Meizu Blue E3, Asus Zenfone 3 Zoom and Moto Z2 Play.

Google Pixel 2 series dominated mobile phone photos in the first three quarters of 2018. Although Google's algorithmic contribution is indispensable, it also demonstrates IMX362's excellent quality and a lot of potential.

IMX363 is an upgraded version of IMX362 with the same main parameters. At the same time, IMX363 is also the most well-known sensor in 2018, because most of the flagship aircraft or mobile phones with long photography experience are equipped with IMX363, such as Google Pixel 3 series, Millet 8, vivo NEX, Nut Pro 2S and Nokia X7. The last two models are the mid-end machines, which mainly take pictures. This further reflects the affirmation of the manufacturer for the strategy of high-end sensor decentralization mid-end machines.

These models mentioned just now all offer the highest photographic ability at the corresponding price. The quality of IMX363 is worth affirming.

Samsung has a tradition of looking for Sony to customize camera sensors for its flagship. IMX333 is a customized sensor for Samsung Galaxy S8 series, which was later adopted by Galaxy Note8. With the support of Samsung algorithm, IMX333 also shows great strength, especially night-vision night shooting. 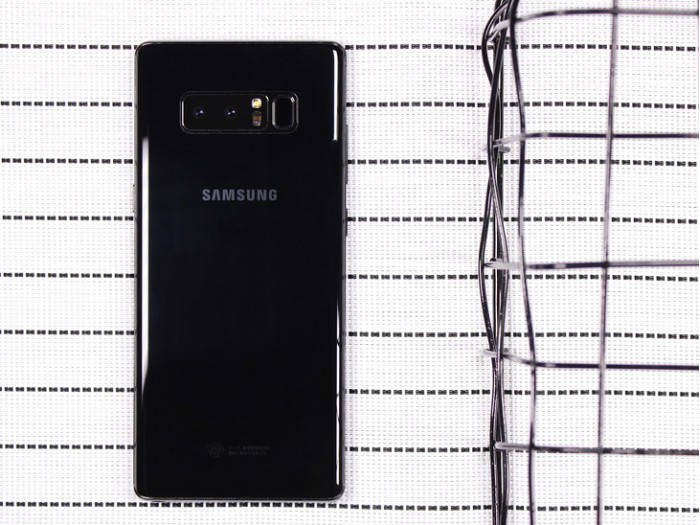 From the main parameters, IMX333 is the same as IMX362 and IMX363. Sony's customized IMX260 for Samsung Galaxy S7 series is inextricably linked to IMX362 and IMX363. Although new sensors generally perform better, they share a lot of genes when they come out at different times.

IMX345 is a three-tier stack sensor customized by Samsung to Sony for the Galaxy S9 series, which was then routinely given to Galaxy Note9, the flagship in the second half of the year.IMX345 is an excellent sensor in itself, but its biggest bright spot is the built-in DRAM.DRAM is a dynamic random access memory, similar to the memory on the computer and the memory on the graphics card. On the camera sensor,The purpose of adding DRAM is to achieve a higher number of frames.videoRecord. 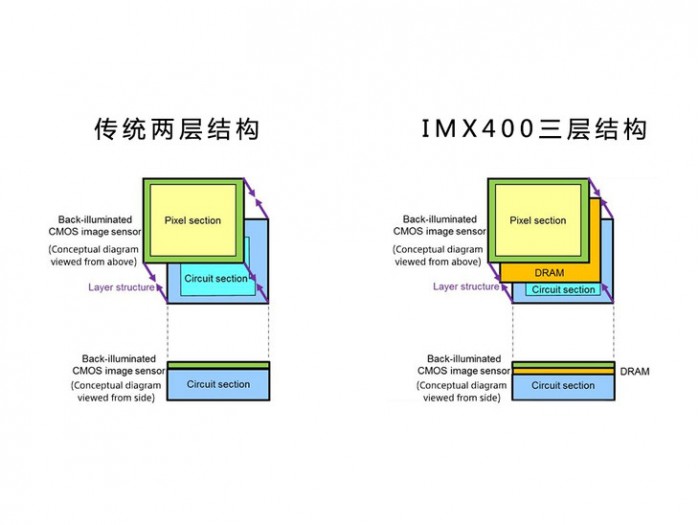 In terms of parameters, the size of IMX400 sensor is larger than that of many high-end sensors mentioned above, but because of the high pixel size, the unit pixel size of IMX400 is not dominant. In general, the IMX400 performance is still strong. It's Sony's cooking stove for its own model.

IMX378 is the best sensor in 2016. The mobile phone with IMX378 has the Google Pixel Series and the cost-effective flagship millet 5S, which were ranked as the leading DxOMark in that year. Like IMX377 in 2015, IMX378 has also been applied to other devices besides mobile phones, such as card machines.

IIMX380 can be regarded as an upgraded version of IMX378 with the same parameters. Compared with SONY for IMX400, IMX380 has the same outsole as IMX400, and has a higher unit pixel size than IMX400. From the imaging capability of IMX380 mobile phone,IMX380 is indeed the most comprehensive and open-ended high-end sensor.

IMX600 is a joint venture between Huawei and Sony to establish a leading position in mobile photo shooting.1/1.7 inch sensor sizeIt's only smaller than Nokia 808 PureView, Lumia 1020 and Panasonic DMC-CM1 of the Ancient Age.It is the most popular mobile phone nowadays.

P20 Pro and Mate 20 Pro can produce 40 million pixels of photos (resolution 7296 x 6472), but due toAt this point, the unit pixel size is only 1 micron, so the 40 million mode is only suitable for the light-rich shooting environment.

Fortunately, there are 10 megapixel modes (default on) in these two phones.When taking 10 million pixels (resolution 3648 x 2736) photos, the four-in-one pixel technology will bring 2 micron equivalent unit pixel size, which will bring the top performance when the light conditions are not ideal.

In fact, Huawei's P20 Pro and Mite 20 Pro are undoubtedly top-notch. unfortunatelyIMX600 is monopolized by HuaweiOtherwise, we may see the different effects of other manufacturers'algorithms on IMX600.

IMX586 is the hottest sensor now. It continues the idea of IMX600, which is exclusively owned by Huawei. It opens up the technology of big bottom, high pixel and four-in-one pixel for other manufacturers.

The 1/2 inch sensor size of IMX586 is only smaller than that of IMX600.Pixel four in one brings the equivalent of 1.6 micron equivalent pixel size.If properly tuned, the highest 48-megapixel resolution ever achieved on the phone (in light-rich conditions).

Currently, mobile phones carrying IMX586 include Huawei Noa 4 and Glory V20. Millet also said at a recent press conference that Red Rice Note 7 Pro released in the next few years would use the CMOS.

IMX519 is a customized sensor for OPPO and Sony. It was first launched on OPPO R15, then on OPPO Find X, OPPO R17, one plus six and one plus six T. Sensor parameters are flat, but after a good optimization, IMX519 still presents the image quality in line with product positioning on these models.

IMX350 is a sensor used by many models. Because of its poor performance, it has been used as a secondary camera by many models, such as Meizu 15 series and Meizu 16 series.

IMX350 has also been regarded as the main camera, but this does not mean that good photos can not be taken on the mobile phone of IMX350. From the market performance point of view, when it was just adopted two or three years ago, combined with excellent algorithm, IMX350 can take photos that meet the standard of the flagship photo phone at that time.

IMX386 was customized by Meizu to Sony, first launched on Meizu MX6 in 2016, and later opened to other manufacturers. The models carrying IMX38 6 are Meizu Pro 7 series, Meizu MX6, Millet MIX 2, Millet 6, Millet Note 3 and Nut Pro 2, mostly medium and high-end models. Like the minor parameters, IMX386 did not perform very well, but it was not bad.

Although the parameters are mediocre, IMX3767 is one of the three sensors in this paper using the technology of four-in-one pixels, but after that, the pixels become five million. So IMX376 is basically used as the second camera or front camera of the rear camera, such as Millet 6X (rear second camera) and Meizu 15 series (front).

IMX351 is the worst parameter sensor in this paper, but it is also the most interesting. Because the most famous mobile phone with IMX351 sensor is the flagship aircraft - and Samsung Galaxy S/Galaxy Note series to target LG V30 and LG G7 ThinQ. Unexpectedly, the ability of LG G7 ThinQ to take pictures is quite good, which shows how important the algorithm is. 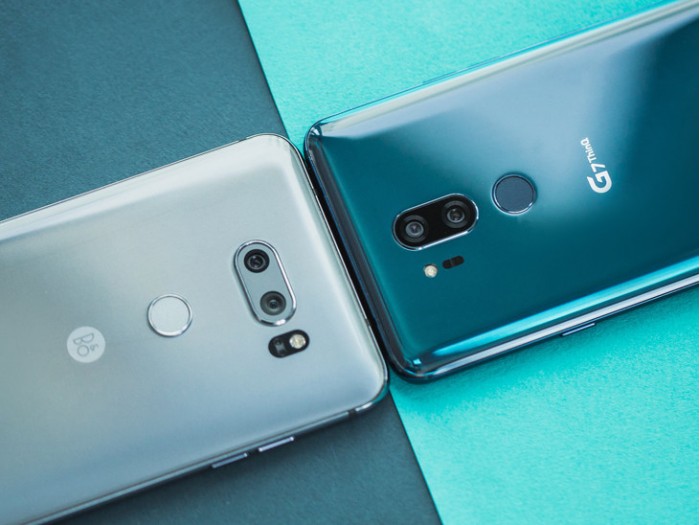 Other mobile phones with IMX351 sensors include HTC U Play and Asus Zen Fone 4 Pro.

The sensor is only part of the photographic performance.

Although so many sensor specifications have been mentioned before, we still need to understand that there are many factors that determine the effect of mobile phone imaging. For example, ISP, anti-jitter, aperture, lens and software algorithm, among which software algorithm has a great influence (The Power of Algorithms: How to Make Three Years Old Win This Year's Flagship) Suppose a cell phone has a top-level sensor, but the software algorithm is poor. So the mobile phone can not fully tap the sensor performance, the final imaging effect can only be considered good. Conversely, with the help of top-level photography algorithms, mobile phones with slightly better sensor performance can also take top-level photos. thereforeSensors can only determine the upper and lower limits of the performance of mobile phone photography, and the final height of the ability to take pictures depends on the algorithm.