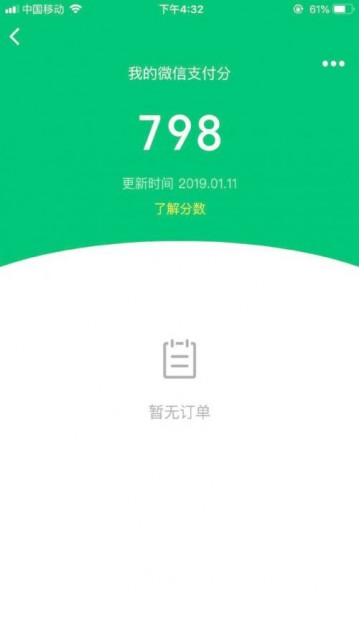 It is reported that the Weichat payment points come from the big data in Weichat payment, such as personal consumption, compliance and a series of combined calculation scores. However, unlike Sesame Credit, the Wechat payment score between friends will affect its score.

In terms of users, users can pay points by means of Wechat, and have the opportunity to enjoy the business of "enjoy first, pay later" and "live without escort".

In fact, at the end of last year, it was reported that Wechat Payment Score had been tried out in Guangdong. Now Wechat Payment Score has landed in first-tier cities such as Beisheng, Guangzhou and Shenzhen for gray test. However, the entrance has not yet been opened and is expected to be launched nationwide this year.