Tencent is good at To C. How to take advantage of Tencent cloud to gain the first market share in these industries?

In 2018, the domestic big cloud manufacturers launched a fierce competition, enterprise Shangyun has become the consensus of many enterprises. However, different public cloud services have their own characteristics and advantages, so for many small and medium-sized enterprises, whether to go to the cloud or not and which cloud services to choose are the first issues to be understood. In addition, how can Tencent, which is good at To C, take advantage of its existing advantages to serve more enterprises with Tencent cloud?

Why does Tencent embrace the industrial Internet? 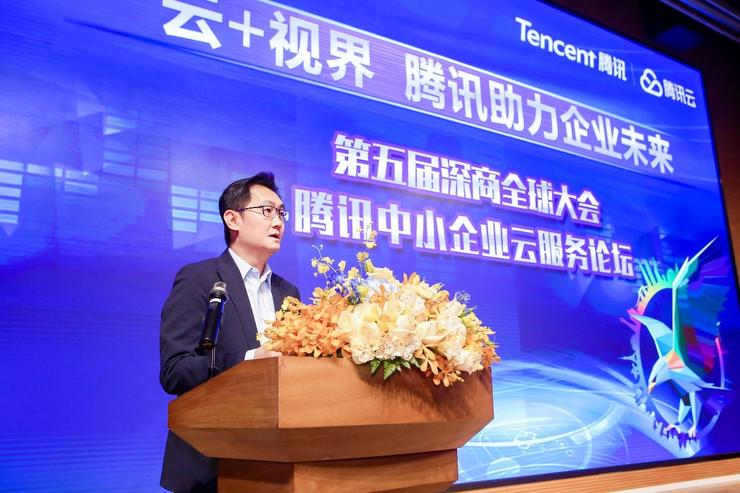 He also put forward three reflections on the construction of the Dawan area in Guangdong, Hong Kong, Macao and the characteristics of Shenzhen businessmen. Firstly, he embraced the changes of domestic and international situation, macro-environment and direction of scientific and technological innovation; secondly, starting from Shenzhen, he promoted the regional economy of the Dawan area to the Pan-Pearl River Delta; thirdly, he encouraged more mainland enterprises in Hong Kong by taking advantage of the status of the integration of Hong Kong and Macao with Macao sets up regional headquarters and ships to sea.

Do SMEs really need to go to the cloud?

Tang Daosheng pointed out in his speech at the forum that with the gradual disappearance of the demographic dividend, both the traditional industry and the Internet industry are facing the challenge of the disappearance of the demographic dividend. With the increasing cost of manpower, the competition in each market segment is also very fierce. We find that the development of the next generation of enterprises must rely on efficiency dividends. Increasing per capita output is a must for every enterprise in the next 20 years under the development of industrial Internet. This requires more refinement and digitization of every link of enterprise management to improve efficiency. 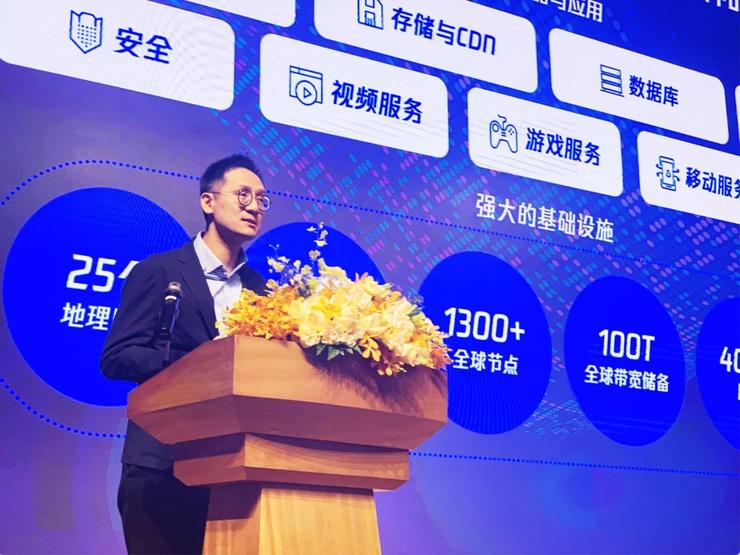 As for the significance of Shangyun, Xie Yuefeng, Vice President of Tencent Yunnan, summarized in twelve words when answering questions on the spot: cost reduction, efficiency enhancement, security protection and innovation activation. Specifically, because the cloud is a flexible and scalable service, enterprises are very efficient when using it, and can achieve cost reduction and efficiency increase. In addition, network security and information security are issues of special concern to many enterprises, but also a major challenge. Security is a very professional matter. Tencent's security experience accumulated in the past 20 years is a very powerful security expert and team. Therefore, the use of Tencent cloud is more able to ensure security. Finally, in a cloud security environment, new and innovative things can be deployed quickly and at low cost, which helps to activate innovation. 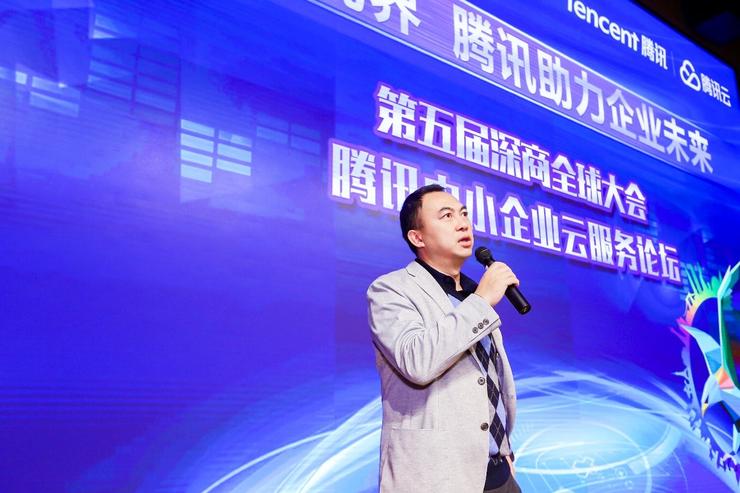 How to achieve the first of multiple subdivisions of the cloud market?

According to the introduction, CSIG has two main parts. The first part focuses on technology and general technology research, including cloud, artificial intelligence, big data, location services, network security, audio and video technology. The other part is to set up a team of intelligent industries, hoping to work with partners to polish solutions for each industry.

Tang Daosheng believes that Tencent's industrial Internet features are that our To C advantage has a lot of scenarios to reach users, and has the ability to reach users in many places by using Wechat applets, public numbers and QQ browsers. We hope to help all walks of life better serve their customers. This is a valuable service that Tencent has accumulated over the past 20 years to consume Internet capabilities.

He also pointed out that although we have a very strong scientific and technological capabilities, but the strength of an enterprise is limited after all. In order to eventually land technology, we need a large number of partners to work with us to build ecology. 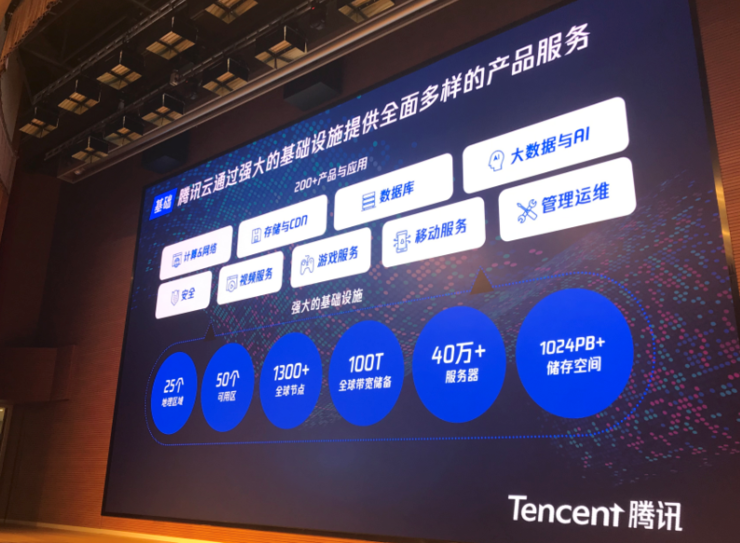 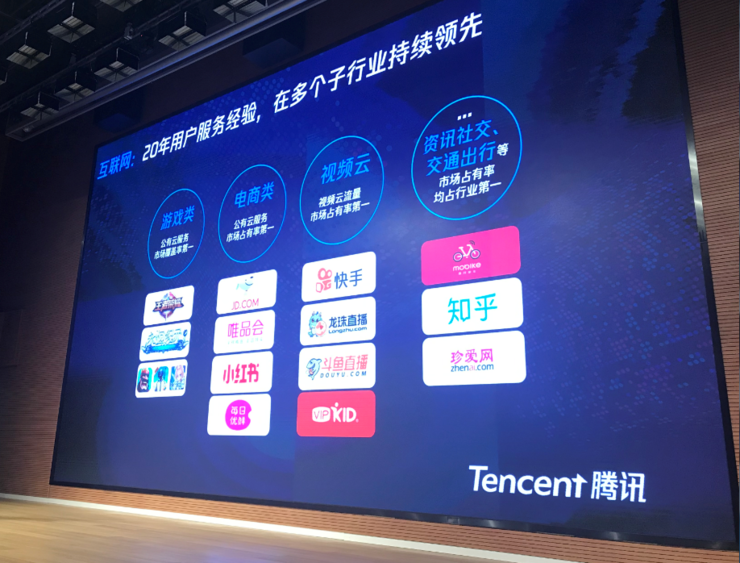 So, what are Tencent's achievements at present? Leifeng Networks (Public No. Leifeng Networks) learned that Tencent cloud covers 25 geographic regions in the world, with 50 usable areas and more than 1300 global nodes. It is worth mentioning that,Tencent cloud has the first market share in game public cloud services, e-commerce public cloud services, video cloud traffic, information and social networking, transportation and other market share.

Qiu Yuepeng, vice president of Tencent and President of Tencent Cloud, introduced that through Tencent Cloud's service capability, Tencent's layout in the industrial Internet has been developed. At present, Tencent cloud has formed more than 60 + Solutions in the fields of medical, retail, education, industry, finance and real estate. 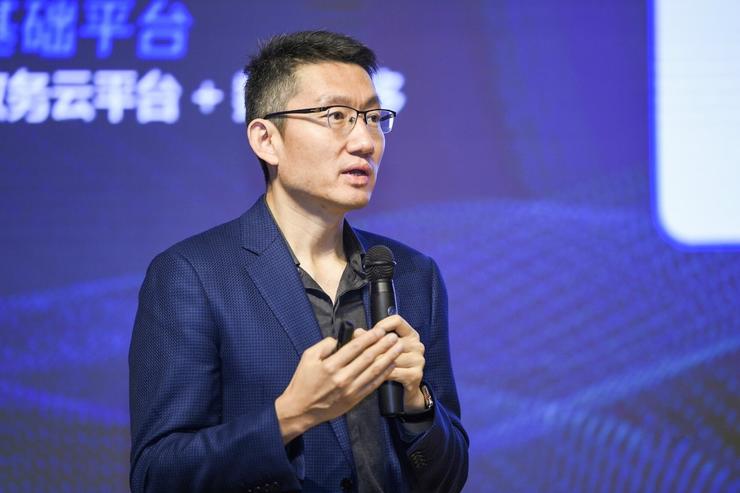 Qiu Yuepeng also revealed that the next step of Tencent's cloud government service is to make good use of Tencent's technology and ability to help improve the business environment in Guangdong Province.

In the financial sector, Tencent has more than 6,000 customers, including more than 150 banks and dozens of insurance companies and securities dealers. Qiu Yuepeng pointed out that Weizhong Bank is Tencent's first partner in the financial field and the first bank in China to fully apply distributed structure to solve the problem of bank IT funds. Today, Weizhong Bank's IT cost is less than one-tenth of that of large banks.

In addition, in 2018, Tencent Yun cooperated with the Bank of China on the bank's large data platform and stroke control solution, which reduced the loss of network fraud by hundreds of millions of yuan in three months. Moreover, Tencent Cloud has cooperated with China Construction Bank to create the largest proprietary cloud in the industry.

There are also typical cases in the combination of industry and cloud computing. Huaxing Photoelectric used to produce a panel which required more than 100 processes. Using Tencent cloud and the ability of computer vision AI, the former 8-hour shift scheduling was replaced by 24-hour uninterrupted quality inspection of AI. Before that, human quality inspection took 3 seconds, and now AI can complete quality inspection in 15 milliseconds.

Related news
How to break in the second half of the Internet (I)
Hot news this week
Challenge the fierce rival Intel amd Su Zifeng: This is just the beginning!
Musk is going to blow up the rocket tomorrow
Huawei mate XS Ministry of industry and information technology access: equipped with Kirin 990 5g, better hinge / screen
Can't OEM 16nm chips for Huawei? TSMC: hard to estimate but ready for changes in export control at any time
Samsung Galaxy a71 5g exposure: equipped with exynos 980, square four shot
Magic mobile phone protection shell, match 20 Pro for sale, match 30 Pro for second change
NetEase cloud music and station B could be the only two accidents
Unsealed Taobao account in 980: no malicious refund
TSMC denies being pressured by the us to set up factories in the US: there is no final decision at this stage
Samsung Galaxy a71 5g exposure: cheap "note10" with exynos 980 and square four shot
The most popular news this week
NetEase cloud music and station B could be the only two accidents
Microsoft CEO: technology companies should protect data privacy just like human rights
CAAC: no refund fee for air tickets from 0:00 on January 24
President of Xiaomi International: Xiaomi still wants to enter the US market dominated by apple and Samsung
Over 80 million yuan of contract has been awarded to golde infrared for the application of self-developed chips in the prevention and control of pneumonia
Huawei Developers Conference Announces Extension: Change to Live Online as a New Pneumonia Epidemic
Microsoft chromium edge stable edition ushers in the "new tab" after function improvement
Huawei P40 Pro toughened film spy exposure: the effect of increasing screen curvature is worth looking forward to
DxOMark announces iPhone 11 score: 109 points, just equal to Huawei P20 pro of the year before
Google and Mozilla are sending cake to Microsoft's new edge team