Huawei's consumer business recently announced the latest development of “Huawei Terminal Security Reward Program”. As of January 2019, the program has attracted 13 TOP mobile security teams and hundreds of outstanding security talents. As the first official partner, Tencent Blade Team has discovered and submitted multiple high-value vulnerability reports in a timely manner with its strong mobile security field strength, and won the highest award of the program so far.

Lake2, the head of Tencent Blade Team, said that it will continue to cooperate with Huawei's consumer business security team to build a mobile Internet security ecosystem and defend the security of hundreds of millions of users. This is another important step taken by Tencent Blade Team after cooperating with many mainstream brands at home and abroad such as Amazon and Google. 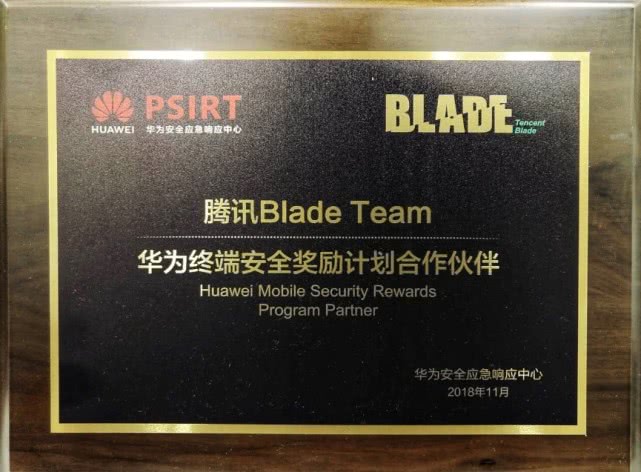 Ensuring user network security is no easy task, especially in the rapid development of technology, and the integration of smart devices into people's lives today. Smartphones, watches, speakers, cars, etc., these devices bring intelligence and convenience to people's lives, while security issues can not be ignored. In the event of a vulnerability that can be hacked, it may not only lose data or property, but it is also likely to endanger life.

As a result, the Tencent Blade Team has invested heavily in the research of smart device security since its inception. Behind the seemingly ordinary smart devices, it is often the result of continuous research and innovation and technical iterations by the security research team in cooperation with relevant industry organizations and enterprises. Zhang Bo, technical director of Tencent Blade Team, also said that during the entire vulnerability discovery and response process, Huawei's consumer business security team demonstrated a high degree of attention to user security and a deep understanding of industry security technologies. The Tencent Blade Team is also looking forward to working with Huawei's consumer business security team to defend the security of mobile Internet users. 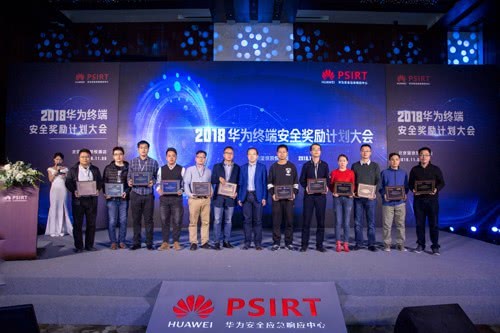 It is worth mentioning that Amazon Echo and Google Home happen to be the two highest-value IoT events on the “Puzzle World Cup” Mobile Pwn2own. Although the Tencent Blade Team has not entered the competition, it is undoubtedly explained in advance that it is in smart devices. Prospective and superb strength in research. At the same time, Tencent Blade Team has been invited to participate in world-class top security conferences such as DEFCON, HITB and CanSecWest.

With the rapid development of technology, new application results in frontier areas such as AI, IoT, and mobile Internet have also made spurt progress, but this puts higher demands on security research. This is also the establishment of Tencent Blade Team by Tencent Security Platform. The initial heart. They aim to improve the industry's safety awareness through these researches on the Internet's cutting-edge offensive and defensive technologies, and also provide an important reference for the advance layout of corporate security strategies, and to be the digital security assistants of all walks of life.

Related news
Microsoft Open Source New Font Cascadia Code, Developed with Terminal
Tencent Blade Team finds escape vulnerabilities in Cloud Virtualization platform
Windows Terminal Preview 1910 release
Tencent blade team won cnvd "most valuable loophole" award
Hot news this week
Challenge the fierce rival Intel amd Su Zifeng: This is just the beginning!
Musk is going to blow up the rocket tomorrow
Huawei mate XS Ministry of industry and information technology access: equipped with Kirin 990 5g, better hinge / screen
Can't OEM 16nm chips for Huawei? TSMC: hard to estimate but ready for changes in export control at any time
Samsung Galaxy a71 5g exposure: equipped with exynos 980, square four shot
Magic mobile phone protection shell, match 20 Pro for sale, match 30 Pro for second change
NetEase cloud music and station B could be the only two accidents
Unsealed Taobao account in 980: no malicious refund
TSMC denies being pressured by the us to set up factories in the US: there is no final decision at this stage
Samsung Galaxy a71 5g exposure: cheap "note10" with exynos 980 and square four shot
The most popular news this week
NetEase cloud music and station B could be the only two accidents
Microsoft CEO: technology companies should protect data privacy just like human rights
CAAC: no refund fee for air tickets from 0:00 on January 24
President of Xiaomi International: Xiaomi still wants to enter the US market dominated by apple and Samsung
Over 80 million yuan of contract has been awarded to golde infrared for the application of self-developed chips in the prevention and control of pneumonia
Huawei Developers Conference Announces Extension: Change to Live Online as a New Pneumonia Epidemic
Microsoft chromium edge stable edition ushers in the "new tab" after function improvement
Huawei P40 Pro toughened film spy exposure: the effect of increasing screen curvature is worth looking forward to
DxOMark announces iPhone 11 score: 109 points, just equal to Huawei P20 pro of the year before
Google and Mozilla are sending cake to Microsoft's new edge team