Sogou, which came from the earliest Internet era, has also found a way to survive in the new era besides its standing search and input methods. The core business of AI upgraded and AI itself are providing new impetus for its development. 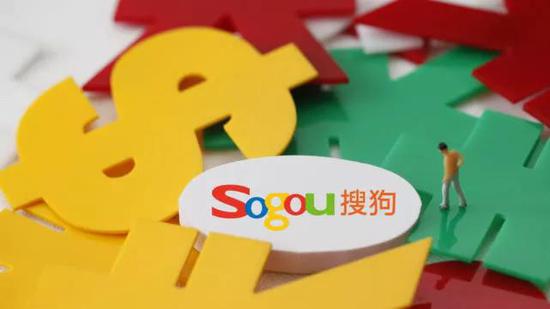 Sogou CEO Wang Xiaochuan has broken the company's future-oriented development trend, such changes are penetrating into the earnings data through data. 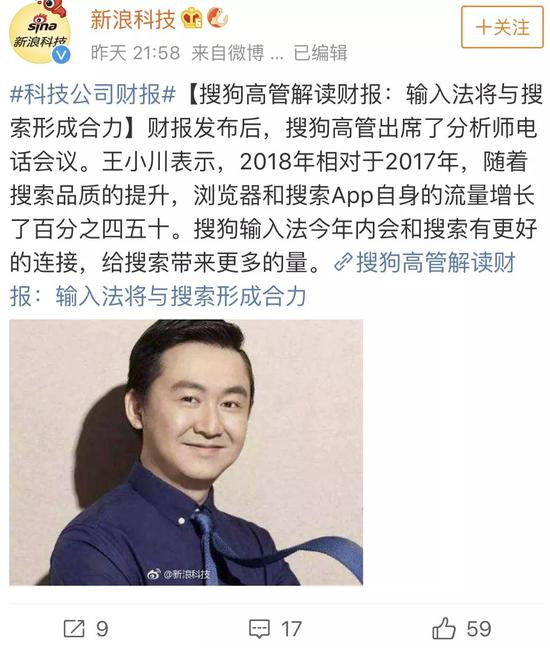 In search, Sogou Search implements differential development, upgrades search services by using AI technology, promotes search to question-and-answer upgrade, and gradually moves towards intelligent question-and-answer. For example, in vertical areas such as medical treatment, the proportion of authoritative medical content in search results of Sogou Medical Services has increased to 65%. Meanwhile, in the fourth quarter, the percentage of first answer clicks increased to 35% in the results clicks of the whole network.

As of Q4 in 2018, the number of active users of Sogou Mobile Input Method reached 430 million, an increase of 28% over a year ago, and it ranked the third largest mobile phone application in China in terms of DAU.

In the input method, Sogou tried to expand the boundaries of product innovation, and began to improve the efficiency of combining search, highlighting the value of mobile input method as a content and service distribution platform. With the cross-language translation function, the average daily translation requests of users increased by 60% compared with a year ago.

Third-party data show that Sogou occupies 70.9% of the market share of mobile phone input method, which has exceeded the sum of competitors Baidu and Xunfei; its daily active users exceed 251 million, further shaking off other competitors.

Compared with competitors'products, Sogou does not keep the interaction between users and products at a single use level. After intelligent transformation, Sogou input method and search can provide more value output for users on the basis of meeting users'needs.

In the fourth quarter of 2018, Sogou Speech Recognition completed a new round of core technology upgrading, with the accuracy rate of Sogou Speech Recognition reaching 98%. The average daily voice request of Sogou Mobile Input Method increased by 69% compared with a year ago, and the peak request volume reached 540 million times, ranking the largest voice application in China. 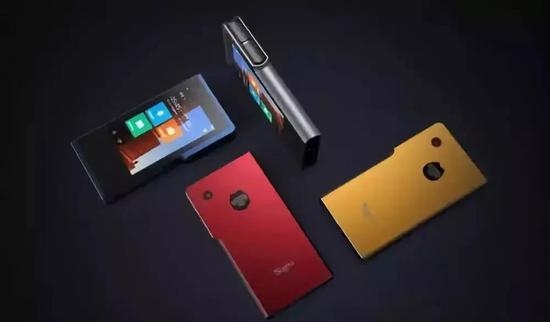 In the separate intelligent business, continue the route of hardware and software integration, Sogou also partially completed the product upgrade. In mid-year, Sogou released Sogou Translator Pro and Sogou Recording Translator, and upgraded the version in the fourth quarter. After the upgrade of the equipment, online and offline OCR (Optical Character Recognition) photo translation was added in Russian, Fascist and other languages, and the error rate decreased by 10%.

Looking back on 2018, Sogou is especially special.

In the overall context of the global economic situation, the Internet industry has also ushered in the end of the demographic dividend. Third-party data show that the number of mobile Internet users reached 800 million in 2018, with a growth rate of only 6.7%. Following the stagnation of PC-side growth, the growth of mobile phone industry has also disappeared.

Whether launching new products or extending services, the main line of its progress still revolves around the identified AI and voice recognition in 2012. In 2011, with the release of Apple Siri and Microsoft Xiaobing, voice recognition has been in the limelight for a while, but at present, few people really insist on doing it. 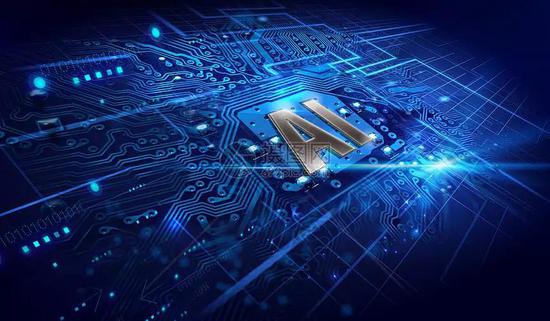 Exploring the insensitivity of Sogou mainly comes from Wang Xiaochuan. He used to evaluate himself as a passive person, who was often not disturbed and controlled by the surroundings, but spent time and energy on the things he liked to devote, and went all the way without fear.

For Wang Xiaochuan, who has technical background and plot, AI's perseverance and investment are not so much a choice as a necessity. Driven by him, Sogou has been a technology-driven Internet enterprise from the beginning.

For this reason, Sogou has won the championship of Baseline Model in IWSLT 2018 Oral Translation Contest by beating other competitors in machine translation contest, such as Kodaxunfei, Alibaba and APPTEK. Many manufacturers can provide voice recognition services, but the error rate of Sogou's voice recognition is lower than that of its competitors by 18.6%.

In order to keep technology ahead of competitors, Sogou's investment in R&D is naturally more active and radical. The proportion of R&D investment is higher than the average level of the industry. According to the financial report, the research and development cost of Sogou was about $200 million last year, up 17% from the previous year, accounting for 17.9% of the total revenue.

03A kind ofReshaping and Starting 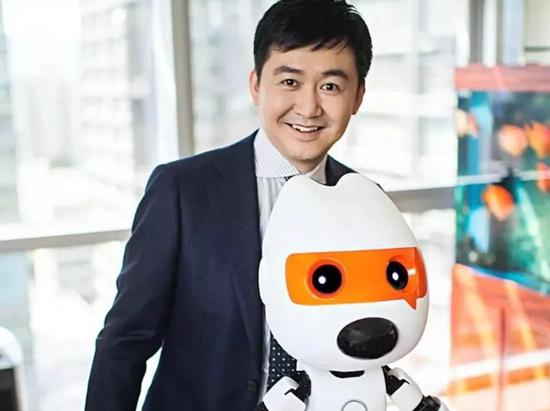 In the early stage of development, Sogou gathered a group of elites who were similar to Wang Xiaochuan's life trajectory: most of them graduated from Tsinghua University and were talented, young and ambitious, pursuing the ultimate state of technology. For them, problems that can be solved by technology are not problems. But it is precisely because of their outstanding abilities that they fight for each other and immerse themselves in their own world.

Users'demand for the network is no longer a single dimension of data feedback, but requires more complex problem resolution capabilities and processing efficiency. User demands force enterprises to transform themselves according to the logical chain of front-end communication, middle-end processing and end presentation.

In Sogou's product system, search can provide window service, input method can bridge the central system of various services, AI system can process user's operation instructions quickly, and the whole interaction process can be presented through PC, mobile phone and Sogou's terminal platform. All kinds of products and services are powerful enough, but how to connect these isolated products and services according to a unified logic is a knowledge.

Sogou was listed on the New York Stock Exchange on November 9, 2017. In terms of market value, scale and industry accumulation, Sogou is still unable to compare with BAT. However, in the field of artificial intelligence, Sogou has been investing in the past and future, but not too much, afraid to chew too much, not too many, afraid of hands and feet; unhappy, it is unrealistic to want to make money with this, nor slow, nor is it realistic to promote commercialization.

Sogou itself is driven by technology, coupled with Wang Xiaochuan's safety and security, so that the ship can sail smoothly in a dramatically changing era and rough sea.