Despite the help of new technologies, the number of cases in American children’s dead cars is still rising. 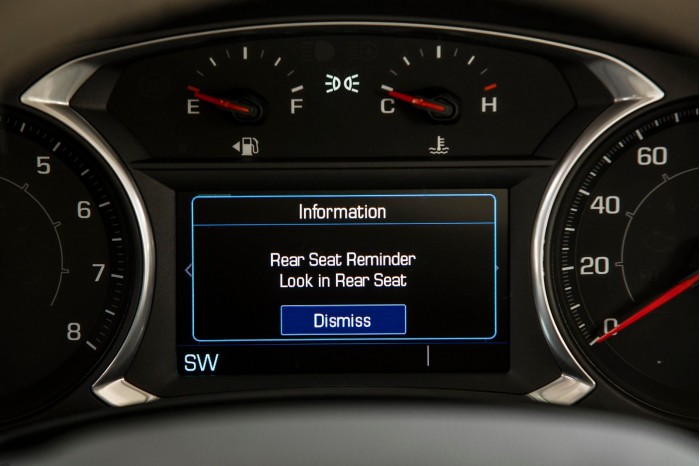 The report also quoted the American Academy of Pediatrics as saying that heat stroke is "the main cause of death of non-crash vehicles for children under 15 years of age." According to reports, the number began to rise when parents were advised to move the car seat to the back row (to avoid the equally dangerous force of deploying airbags). But automakers are trying to take action on it. In 2016, GM introduced the Rear Seat Reminder rear seat reminder system, which can determine whether the rear door is opened before the vehicle departs, reminding the owner to check the rear seat at the end of the trip. The system will soon be standard on all four-door vehicles, including cars and SUVs. Nissan's Rear Door Alert feature alerts almost in the same way.

However, these are not everyone's solutions - at least not yet. As Brian Cooley's 2017 report points out, this feature is usually found in new cars, such as an average transaction price of at least $35,000, which ignores low-income families and individuals. According to the latest data from the Traffic Statistics Bureau, the average age of all cars on the US road is 11.6 years.

Related news
Communitake Technologies, an Israeli company that makes mobile phones hard to crack
I URGENTLY NEED MY EX BACK WITH THE HELP OF A SPELL CASTER
Hot news this week
Wechat has not done this function for N years! Use this app to make up for the defects of wechat
2020 wechat Dragon Boat Festival travel big data: the number of wechat payments increased by 43% year on year, and the post-90s most like to travel
Gree's response to "being disqualified from winning the bid": a mistake made by the bidder in sorting out the materials
Microsoft official free data recovery tool windows file recovery experience
NASA's face touching Necklace: vibration warning to prevent the spread of new coronavirus
IPhone 12: it's more like throwing away the charger
Apple wants to know: what do you do with the charging head of the old iPhone?
Amazon cancels disposable plastic products in India
How long can "Laoganma" carry on after winning Tencent?
Tencent magic change Yang surpasses video self mockery: I'm a simple and honest fake spicy sauce lost 16 million
The most popular news this week
China's Tesla owners humble Rights: fully automatic driving nearly killed! The muck truck merged the line, and even accelerated to hit it
HP spectre folio experience: leather and limited, trying to get rid of homogeneous laptops
"Operation Wizard" has pushed 5.9 monthly fee members, 88vip and Jingdong plus members have something to say
Microsoft's new windows Preview: push new fluent start menu
TSMC 5nm was snatched by Huawei and apple this year
India's telecommunications minister said it had decided to move Huawei out of the country's 5g network construction plan
Huawei mobile phone new patent exposure: camera equipped with "SLR Lens"
5000mAh large battery and 65W super fast charging! These phones help you get rid of charging anxiety
Source: Samsung Galaxy note20 or series is the most expensive
Huawei Hongmeng 2.0, EMUI 11 all mobile phones, television, PC platform