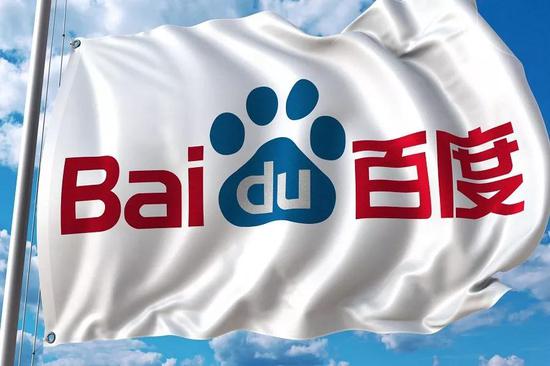 Li Yanhong is leading Baidu "to open up the clouds".

According to media reports, Baidu Cloud will become Baidu's strategic-level business in 2019. Baidu has set a target of 10 billion yuan in revenue, and will expand the recruitment of nearly 2,000 people. This year, the number of Baidu Cloud employees doubled.

This may be a bold attempt by Baidu to actively seek the next revenue growth point.

Baidu has been affixed with the "conservative" label, in the search for the construction of the siege, "muffled big money", and was questioned missed mobile Internet opportunities. For this reason, Baidu has not invested in O2O, all in artificial intelligence, and has invested heavily in the feed stream business, but still can't get rid of the argument that it has been sung.

In the history of Baidu's development, the proportion of advertising-based advertising revenue to total revenue was over 90%, but this proportion is decreasing year by year.In 2018, Baidu's advertising revenue accounted for 80% of total revenue, the lowest in history. On the other hand, “other business” is contributing to Baidu’s revenue.Compared with 2017, 50% of Baidu's new revenue of 17.068 billion yuan in 2018 comes from “other business”.

Baidu needs to find new sustainable sources of income outside of search. But many people in the industryBurning financeIt is said that Baidu Cloud's industry status is not ideal, and Baidu Cloud alone carries the next big revenue challenge.

In the past, Baidu has been trying to find a balance between business realization and future layout. In the past, the revenue structure of search advertising revenue accounted for more than 90%, on the one hand, it proved the dominant position of Baidu's core business, and it also became the dilemma of Baidu's diversification. But in the Baidu Q4 earnings report, this structure began to show signs of change.

On February 22nd, Baidu released 2018 Q4 and unaudited financial report for the whole year. There are two points that are most worthy of attention. First, Baidu Q4's quarterly revenue growth rate was 15%, reaching a new low of nearly six months. The second is 2018. In the whole year, other income accounted for 20% of total revenue, the highest in the past five years. 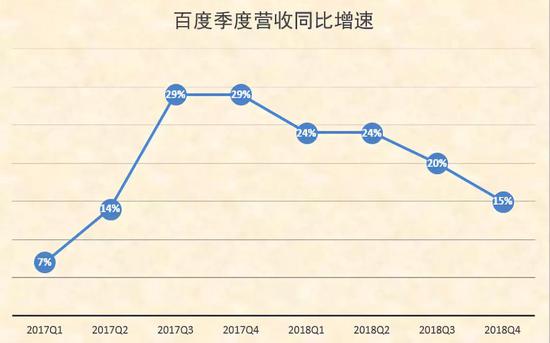 After the Wei Zexi incident, relying on iQiyi's advertising revenue growth and the promotion of information flow advertising business, Baidu regained a city in the second half of 2017, and then maintained double-digit revenue growth, and in 2018 Increase the proportion of other income to 20%. 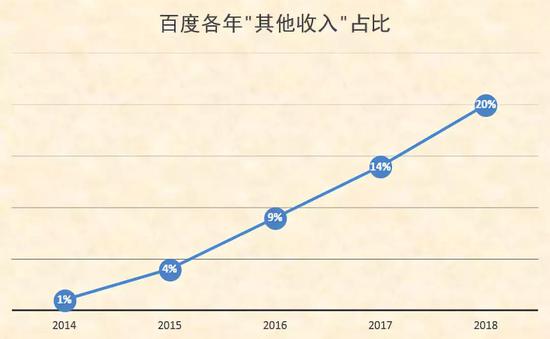 According to the financial report, Baidu's other income in Q18 in 2018 was 5.998 billion yuan, a year-on-year increase of 104%. This part of the revenue is mainly due to the strong growth of iQiyi membership services, cloud services and other services.

Another data to note is that Baidu's 2018 Q4 net profit was RMB 2.1 billion, a 50% decrease from the same period last year. This is Baidu's net profit for the first time since the Wei Zexi incident in 2017.

Baidu began to use AI as its key strategy in 2017, and introduced Lu Qi to carry out drastic reforms, successfully pulling Baidu out of the quagmire and re-entering the development track. However, Lu Qi’s departure made Baidu’s all in AI strategy more uncertain.

More importantly, the commercialization of artificial intelligence is still a problem for most manufacturers. Baidu artificial intelligence DuerOS and Apollo will not see the benefits in the short term. Before the top of the search bidding revenue peak, Baidu needs to find a growth engine that is equally strong or has potential in the future. Baidu Cloud is therefore expected to be high.

The impression of ordinary consumers on Baidu cloud mainly stays on products such as network disk. Some technology companies are driven by data storage and other businesses, because of the cooperation with cloud service providers such as Baidu Cloud. However, Baidu’s ambitions in the cloud business are obviously not only at the product level.

The investment manager of an investment institution told the Finance and Economics that from a technical point of view, cloud services may become the next generation of IT infrastructure, which is the main reason for large enterprises to deploy cloud services.Artificial intelligence needs to be integrated with the industry and needs the support of the cloud. In addition, the commercialization potential of cloud services is relatively large.

As early as the Baidu AI Developer Conference in 2017, Lu Qi emphasized the strategic significance of Baidu's cloud business as Baidu's president and chief operating officer. He believes that Baidu's intelligent cloud business faces huge development space in the context of commercialization of artificial intelligence and accelerated industrialization. One of its commercialization paths is to provide AI industry solutions. 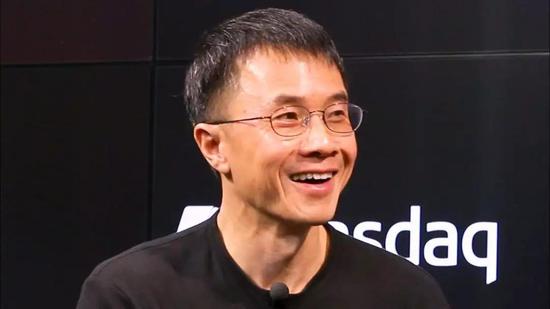 “Baidu has always wanted to promote the toB business. Cloud service is a very good cut. In addition to its strategic significance, it can also increase revenue in business. ”The above investment manager said.

The CEO of an artificial intelligence advertising company also agrees with the commercial value of cloud computing in the future. He believes that “cloud computing is the next-generation business platform. This is a big trend. Baidu’s investment is not big enough, and it’s a bit late, but because It is a strategic trend, so I don't want to be left behind. ”

It is difficult to challenge AT at the beginning of the start.

Baidu wants to focus on cloud business, the first is the competition from Ali and Tencent. 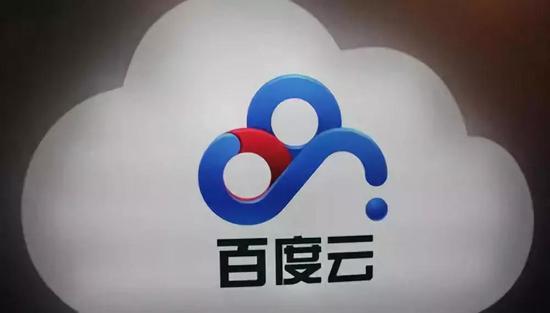 An entrepreneur engaged in the privatization of enterprises said to the fuel economy that the current players in the cloud computing industry in China are dominated by giants, mainly in the public cloud field. The market pattern is that Alibaba Cloud is the only one, and Baidu Cloud’s industry status is not ideal.

According to data published by market research organization IDC,Alibaba Cloud, Tencent Cloud and China Telecom ranked the top three in the public cloud market in China, with market shares of 43%, 11.2% and 7.4% respectively, and Baidu Cloud only 3.3%.

A notable feature of the cloud computing industry is the scale effect, which is the winner. This means that cloud service providers that already have an advantage will have the opportunity to build strong industry barriers and put pressure on the latecomers. According to Gartner data, in 2018, the global cloud computing “3A” camp led by Amazon AWS, Microsoft Azure and Alibaba Cloud accounted for more than 70% of the market.

“The larger the size of cloud service providers, the lower the hardware cost, the lower the price. In the case of comparable services, customers are cheap and stable. ”The above entrepreneur said thatHe believes that from now on, it is difficult to reverse the situation of Alibaba Cloud.

A cloud-based verification service company is currently deploying its products in Huawei Cloud. Prior to this, the company used Alibaba Cloud and Baidu Cloud. An employee of the companyBurning financeSaid, "In terms of experience, some products of Baidu Cloud have a general experience, but the price advantage is obvious. ”

The above-mentioned artificial intelligence advertising company CEO said,“Baidu still wants to make achievements in the field of to B, but the challenge facing Baidu Cloud is not small. For Baidu, there is almost no opportunity to do infrastructure in the cloud computing field, and future opportunities are in modular services. ”

But Baidu’s performance in recent years is not the case.

In 2005, Baidu listed on NASDAQ, creating the highest single-day gains for overseas companies in the US capital market for more than 200 years. In 2011, Baidu's market value exceeded Tencent and became the highest Internet company in China. That year, China’s richest man was Li Yanhong.

Baidu left the outside world with an unclear impression of strategic direction, and several transformational explorations did not have outstanding achievements.

The most typical is "Li called the beast event". In 2016, Baidu acquired Li called Beast and its company, making Li Jing, 25, the youngest vice president in Baidu's history. At that time, Baidu was in the dilemma of public opinion and business decline. But in the end, it proved that this was a failed attempt to lose 100 million yuan in information flow.

After 2016, Li Yanhong began to mention Baidu's AI strategy many times in public. The addition of Lu Qi boosted the market value of Baidu by nearly 30 billion US dollars, and also made the strategic direction of Baidu all in AI clear. However, Lu Qi’s departure allowed Baidu to evaporate 10 billion US dollars in three days. Li Yanhong had to re-take the second half of Baidu AI.

O2O, information flow, artificial intelligence, these areas have been high hopes of Baidu, but none of them can spur the proportion of advertising in Baidu's total revenue. Nowadays, the O2O war has already died down. The artificial intelligence products will not see the possibility of continuous large-scale revenue in the short term, and the information flow business will face the severe challenges of competitors such as today's headlines. 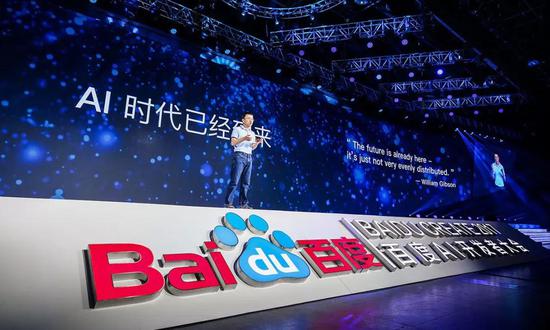 Baidu's latest architecture adjustment stayed at the end of 2018, upgrading the smart cloud business and promoting “Baidu on the cloud”. Baidu cloud expansion will be the first step in a series of combination boxing.

From a hundred billion revenue Baidu, back to a respectable Baidu, Li Yanhong has to do not only to open the clouds, but also to point out the direction.