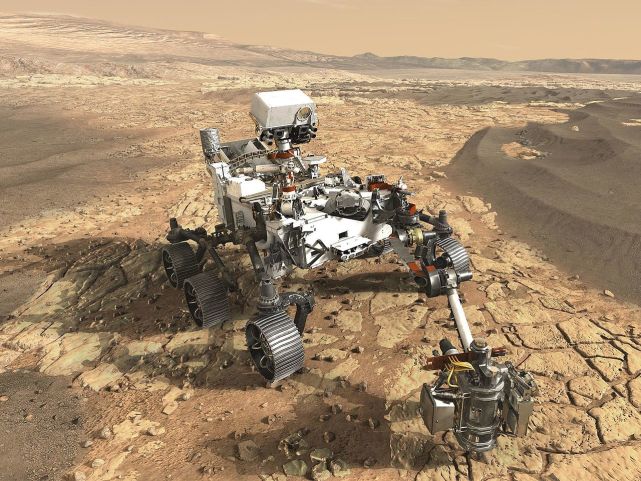 Tencent Technology News, March 21 news, according to foreign media reports, the National Aeronautics and Space Administration (NASA) announced that it has completed the first full-scale mission test of the Mars 2020 mission spacecraft, and will conduct further Mars scene testing later. .

In more than seven minutes of the afternoon of February 18, 2021, NASA's Mars 2020 mission spacecraft will execute approximately 27,000 orders to accelerate from the edge of space to the Jezero crater on Mars. This will be the first time the Mars 2020 Mars Rover, which weighs 1050 kilograms, touches this red planet. Before landing on Mars, the processor, sensor and transmitter network of the Mars 2020 mission will be simulated landing several times.

Barton is the head of the ST1 test program, which is the first time the Mars 2020 engineering team has had the opportunity to test the main components of the spacecraft. In the two weeks of January this year, Barton and 71 other Mars 2020 mission engineers took over the High Bay 1 clean room at the Jet Propulsion Laboratory spacecraft assembly facility, installing software and electronic systems into the project's cruise cabin. , entering the cabin, descending cabin and the Mars.

“ST1 is a huge test project,” Barton said. “This is the first time we have run software on spacecraft components to make sure they match each other. ”

In 2013, the development of the Mars 2020 mission flight control software was officially launched. Technicians first code through the computer, repeatedly analyze, test and re-encode. The flight control software was then introduced into the spacecraft test platform, combined with the spacecraft's computer, sensors and other custom electronic components to mimic the Mars probe that will be launched in 2020.

“Virtual workstations and test platforms are an important part of this process,” Barton said. “However, the thousands of individual components in this mission are not necessarily fully functional or reactive as they are on the test platform. Having the flight control software work with the actual hardware is the best way to build confidence in the testing process. Test like a real task. ”

The day before the start of the ST1 test, the High Bay 1 clean room was filled with engineers and technicians who were assembling and inspecting the test task hardware. On the second day, on January 16, only two technicians were left in the clean room to monitor the flight test hardware. The electrical cable line was inserted into the cruising phase of the spacecraft, the rear casing, the descending compartment and the chassis of the rover to provide data and power for the entire test. Ground-to-spacecraft communication testing is done via X-band radio transmission, as is the case with real missions.

Next, before testing the landing process, the team focused on the cruise of the spacecraft. Then they did it again.

After the successful launch, the team accelerated the time by 40 days to simulate deep space cruising. How do software and hardware interact when they have to perform navigation and trajectory corrections? How will they work when they are not scheduled? The research team looks for answers on the computer screen in the test room next to the clean room.

“From the test room, you can clearly see the floor of the clean room and you can clearly see the flying hardware,” Barton said. “There is no obvious movement, but under the external structure, there is a flying computer to exchange data, the radio transceiver transmits, the fuel valve opens and closes, the subsystem is turned off after being energized, and the electrical signal is sent to the ignition device that does not exist. In fact, a lot of things have happened inside. ”

On January 30th, the Mars 2020 test team completed more than 1,000 pages of ST1 testing. They conducted two Mars landing tests, conducted four launch tests, conducted deep-sea cruises, performed several trajectory corrections, and even tested how to deal with off-target conditions during flight. This is the first time in more than a year that the flight hardware and software have been tested in their entirety, proving where the performance is good and where it can be improved. When these new changes are researched on virtual workstations and test benches, the test team will have the opportunity to continue with other systemic tests.

“A future scenario test will place the rover in a hot room and simulate its operation on the surface of Mars. It will also perform critical tasks at very low surface temperatures on Mars. & rdquo; Barton said, "This will be a very cool test, both literally and symbolically. ”