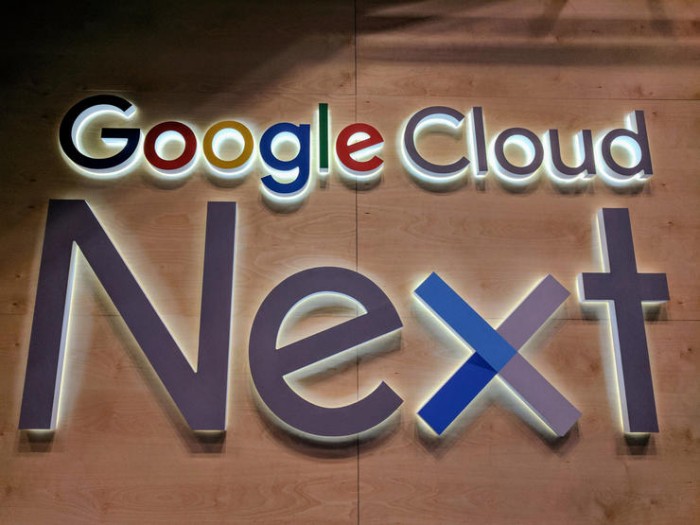 It is worth mentioning that this is Google Cloud's new CEO Thomas Curian (Thomas Kurian) 's first official appearance since he took office in January 2019, giving a complete account of his management philosophy and the future of Google Cloud. In addition, Li Fei-Fei, who announced the arrival of Google's third-generation Cloud TPU last year, is no longer here. The event seems more like a new conference, giving developers and customers a different experience than ever before.

At the meeting, a number of Google Cloud executives made their debuts and released a range of products. Google's CEO, Sundar Pichai, also appeared on the platform and made comments on Thomas Curry. The main release information of the activity includes:

At the meeting, Google CEO Sundar Pichai first appeared and announced the launch of Anthos, which is based on Google.cloud serviceThe cloudy management platform, the main selling point is "to bring together the simplicity of the open source platform and the freedom to choose the right cloud partner for the job", that is, customers can run the competitor's cloud on this platform. 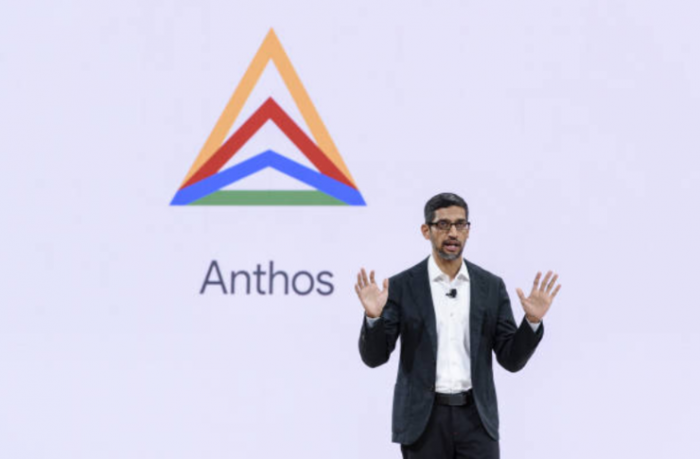 It is understood that Anthos is basically a brand rebranding of the old version of application development and IT monitoring services announced by Google a year ago. The choice to launch such a tool by Sundar Pichai also shows that Google wants to send a signal to the audience that they are very serious and very important about the cloud computing business. Despite the intense competition, they are struggling to catch up.

Taking a cloudy strategy is a bit like IBM's release of its IBM Watson data computing service in February 2019, which customers can use on Azure, AWS and other cloud services and IBM's core cloud services. The launch of Anthos also reveals Google Cloud's growing reliance on cloudy strategies.

Google said that some of the major customers who have used Anthos include HSBC and Siemens. In addition, partners such as Cisco, Dell, Hewlett-Packard, Intel, Lenovo and VMware have committed to providing their customers with Anthos for their own hyper-converged infrastructure.

In addition, more than 20 ISVs have been working to integrate their software with Anthos, including NetApp, Citrix, GitLab, DataStax and Splunk. Cisco will support customer integration between Anthos and Cisco data centers, networks and security technologies.

Compatible with the adversary's cloud service highlights Google's efforts to try to get its products to work with competitors to meet customer needs, but this model needs to ensure that if companies choose to run their enterprise infrastructure in a competitor's cloud service, Google can still Make money.

In fact, this can be seen from Google's contributions to open source projects such as Kubernetes and TensorFlow.

“We have always regarded our friends in the open source community as equal partners, not just as resources for mining. With this in mind, we will provide managed services operated by these partners, which are tightly integrated into the Google Cloud Platform. (GCP) provides a seamless user experience across management, billing, and support. This makes it easier for our enterprise customers to build on open source technologies and fulfill our commitment to ongoing support and development of these open source communities. ”

Given the market trend, in fact, Google's tighter integration with open source-based products makes sense. According to SearchDataManagement.com, more than 70% of future applications developed by enterprise users will run on open source database management systems.

As a result, Google is building a relatively strong partnership by integrating third-party services into the Google Cloud Console, which can bridge the gap between AWS and Microsoft Azure in the open source community and Google in recent years. But in the later period, Google will not be able to say that AWS has launched DocumentDB to compete with partner MongoDB.

At the conference, Google Cloud introduced Cloud Run, a serverless computing platform with a built-in Kubernetes container that performs tasks in a fully managed serverless environment.

According to Oren Teich, director of product management at Google, the goal of Cloud Run is to make it easier to run more workloads.

This product was introduced because traditional serverless products encountered challenges such as limited runtime support and vendor lock-in. Developers often face a tough decision: choose the ease of use and speed that comes with no servers, or the flexibility and portability that containers bring. Cloud Run seems to solve this problem.

Infrastructure investment: 2 new cloud areas added More than 47 billion US dollars in infrastructure spending in the past 3 years

At the meeting, Google announced that the cloud availability zone will be further expanded. It has established a new Google Cloud zone in Seoul, South Korea (the eighth in Asia) and Salt Lake City, Utah (the sixth in the continental United States), which means that until 2020 Google Cloud will have 23 global regions (AWS 20, Microsoft Azure 54). According to Google, Salt Lake City is a hub for data center infrastructure, known for its healthcare, financial services and IT industries. 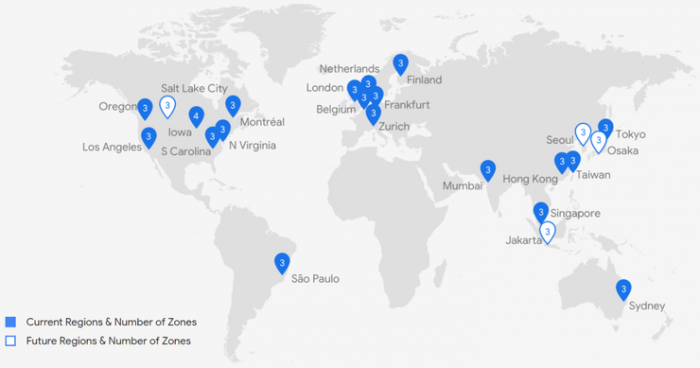 Dominic Preuss, managing director of Google Cloud, said Google had invested $4.7 billion in building its global infrastructure, "Wherever you are, we can meet our customer needs", from 2016 to 2018.

The most notable thing in the game is still Google Cloud CEO, Thomas, Curian, (Thomas Kurian), Key Note.. Although he attended the Goldman Sachs Internet conference before, but only a short speech, so this is the first time since he took charge of the Google Cloud official voice.

In the course of his speech, he interspersed with speeches from several major new clients, sharing the stage where, Google Cloud's focus on customer needs seemed even more intense. , Google Cloud's enterprise-class business was just getting started during the last three years of Google Cloud CEO's three-year leadership career at Diane Green (Diane Greene), but dwarfed by AWS and Microsoft Azure. But as Google's fastest-growing business, Google Cloud is bound to look for new room for growth, and Curian, who has been working from Oracle for 22 years, seems to be the "savior". Rely on expertise and focus on customer needs to enable Google Cloud to produce stronger chemical reactions.

Curian said that Google Cloud hopes to "become the best and easiest company to work with." To this end, they will expand the market team on a large scale, strengthen sales force, and introduce more powerful head partners to build an ecosystem.

Google CEO Sundar Pichai mentioned in the live show that during the first 10 weeks of Google's work, Curry has met with hundreds of customers and partners. The side confirms Curry's efforts in Google Cloud.

We’re excited to have more than 30,000 customers and partners on Google Cloud Next '19 in San Francisco this morning, and we’re ready to welcome everyone, whether it’s a start-up developer or a senior executive who leads the company’s digital strategy. We can't wait to share the best with you.

In the past three months, I have spent a lot of time working with hundreds of organizations that are undergoing digital transformation. Hospitals want to provide patient care in new ways, retailers need to integrate their online and offline experiences, and financial services organizations are building new trading platforms, and the demands are numerous.

These conversations reinforce our beliefs. Google Cloud is also looking for new solutions and offers two ways to accelerate digital transformation: the need to reduce costs and increase flexibility, and the need to open the door to new possibilities.

Currently, Google's cloud computing is helping thousands of organizations, including many of the world's largest companies, to transform themselves. On a global scale, if you look at 10 companies, 9 media companies, 7 retailers, 6 energy and utility companies in each industry, and among the top 10 banks, telecommunications companies, manufacturers and software companies. Of the 5, you will find that Google Cloud is part of their business transformation.

We also solemnly announce many new customers in our major industries, including:

This week, we will introduce many new developments in our technology, including:

Global scale distributed infrastructure: We are launching a new product called Anthos that not only allows customers to deploy Google Cloud in their data center (hybrid cloud), but also allows them to be in their data center, Google Cloud or other cloud providers (Multi -Cloud) Flexibly build, run, and manage their workloads without any changes. This streamlined solution allows our customers to train their developers to use a single technology and to consistently run, protect and manage workloads across the cloud.

We are pleased to work with partners such as Cisco, Dell, HP, Intel, Lenovo and VMware to provide joint solutions to our customers.

We have also introduced many new developments: new regional expansion, faster and larger calculations.virtual machineAnd migration and modern enterprise workloads (includingWindowsExcellent solution with SAP). In addition, we announced a new set of products and operational capabilities based on our strengths in security, data privacy and availability.

Digital transformation platform: We provide a platform for managing data, developing and modernizing applications on a large scale, finding insights and making decisions from data, leveraging Google's advances in artificial intelligence and machine learning, and working with others.

We recognize that a successful platform must provide our customers with a broad ecosystem of partner products. An example of how we support our partners on our platform is an integrated open source ecosystem that we released this morning, offering customers open source technology, comprehensive management, integrated billing and a platform that Google fully supports. Unlike other cloud providers, we share our success with our partners and foster an open source community; we grow as our partners grow. We will be launching many new products on this platform tomorrow, so stay tuned.

All Google Cloud customers rely on the expertise of our professional and strategic partners, and every customer I meet is happy to have such incredible technical expertise. We are committed to significantly expanding the size of our marketing team to help more customers use our technology. 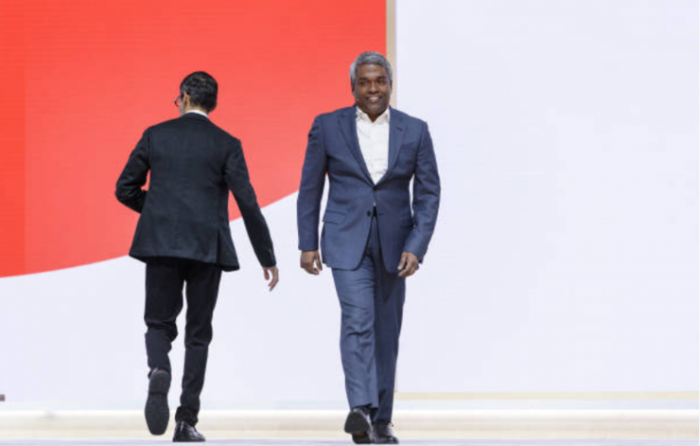 Finally, as a basic premise of our work, we have a responsibility to win and maintain your trust in us. We start with the basic belief that Google Cloud Platform (GCP) customers have their data and control how they use it, and customer data is only used to provide GCP services to customers, not for other purposes. Not an advertisement, not anything else.

Today, we thank thousands of customers and partners who have used Google Cloud to change the world. We also thank employees who really care about Google and work hard to help our customers succeed. I am honored to represent all Google Cloud employees and all of our partners and welcome you to Google Cloud Next '19.

Overall, at this Google Cloud Next conference, Google will put a lot of energy and technology on the theme of “enterprise digitization”, pay more attention to customer needs, and vigorously promote its own “ecological attributes”. Compared with the 2018 Google Cloud Next conference, the proportion of technologies such as AI seems to have declined in the first day of the show. This strategy of emphasizing service rather than technology is a major transformation of Google now, whether it is for the new official or for the new official. Google’s participation in the tough cloud competition is a vital part.

Now that Google CEO Pichai has given the cloud division enough money to invest in mergers and acquisitions, Thomas Curian is bound to use the opportunity to expand his team, step up sales progress, and make the Google Cloud, which "only brags about its technology," a thing of the past. It is a clear signal and a wise choice to let the standard Google Cloud in the digital transformation arrive as soon as possible and put the partner on the stage on the first day to highlight the amplification.

With the end of the Key Note of Google Cloud Next 2019, the follow-up session will be followed by a two-and-a-half-minute sub-forum. The new product and technology trends will be updated as soon as possible.