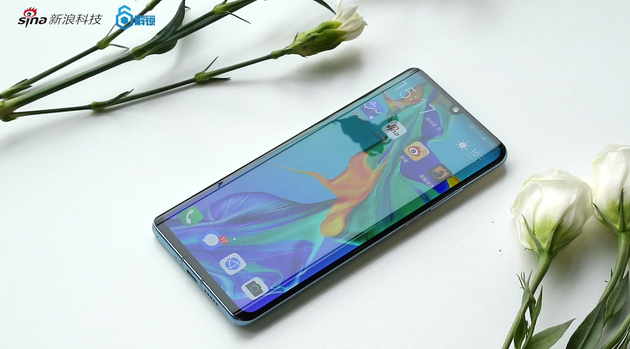 Simply put, the Huawei P30 Pro uses a 6.47-inch screen, which is 0.3 inches larger than last year's P20 Pro. AdoptOLEDThe curved screen, the front view is closer to the Mate 20 Pro released last year, but the structural light of the top camera is not passed down, the pearl screen design used in the P30 series.

We can see that the "black border" is further narrowed, and the bottom border is still asymmetrical, which is still a common problem in various comprehensive screens.

The upper and lower borders of the P30 Pro are “cross-cut” and flattened up and down. Personally, I still like this design. It is also a small number of people who can stand after Huawei P8.Mobile phone. 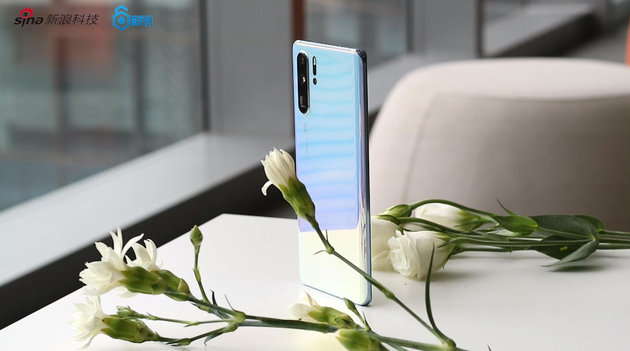 There is also an innovation on the screen. The P30 Pro has no speakers on the front, but uses a magnetic suspension technology, but the corresponding dual-speaker playback function has also been cancelled.

Double on the backSurfaceDesign, so that it helps a lot of grip when used. The 6.47-inch large screen has a good experience, but the weight of about 192 grams is a bit heavy. 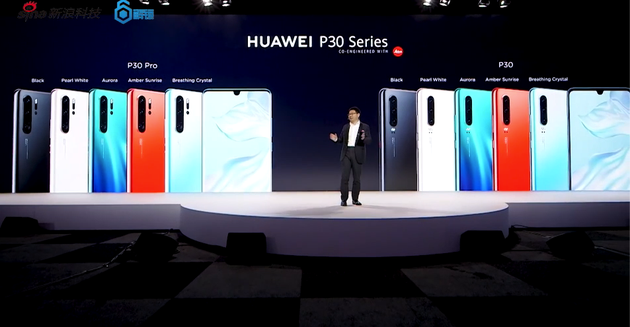 This time, the P30 series continues to use the gradient structure design, and there are five colors in the sky, red tea, pearly mother-of-pearl, bright black and last year's aurora. What we got is the version of the sky.

Huawei said that the color scheme was inspired by the early morning, noon and night time of the Salt Lake. The color of the different body of the light is also very different.

To say that the P series of photos is naturally the most outstanding place. The P30 Pro uses a 40 million 1/1.7-inch super-sensing sensor + 20 megapixel super wide-angle camera + 8 megapixel periscope telephoto lens, and Huawei also uses TOF as a lens, which makes up 4 shots. 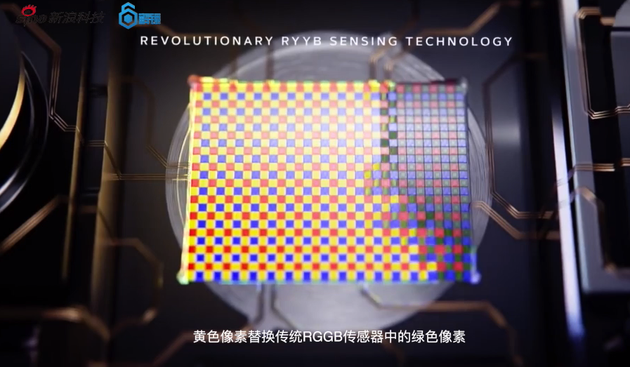 In addition, the P30 series replaces the green pixels of RGGB with the new RYYB color filter array. Huawei introduced the reshaping of the three primary colors to increase the amount of light in the dark environment by 40%.

The P30 Pro is also the first commercial periscope lens phone with up to 5x optical zoom, 10x hybrid zoom and up to 50x digital zoom. 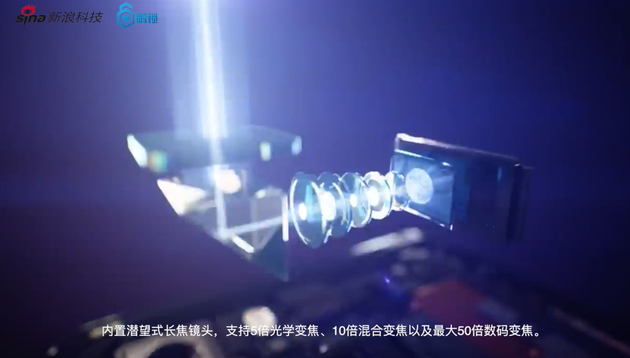 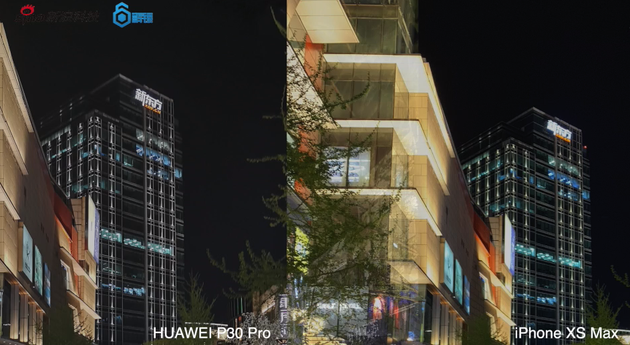 Zoom in on the details and see the word "New Oriental". The P30 Pro also outperforms the iPhone XS Max in terms of detail.

This is a sample of the P30 Pro shooting with 10x zoom. At this time, the trace of the 10x zoom photo taken with XS is already very serious. Try it with the Samsung Galaxy S10.

After zooming in on the details, the branches and leaves of the P30 Pro are sharper than the S10. Even the lines on the bulb are clearly visible. 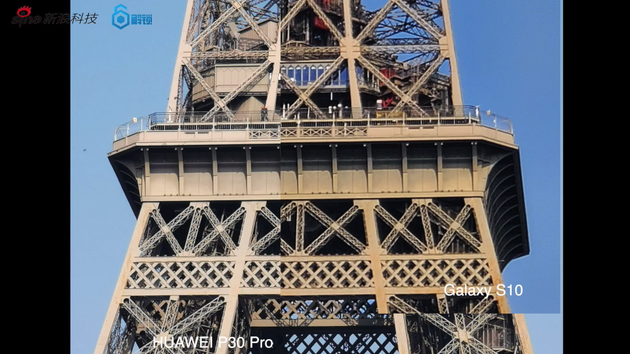 This is the Eiffel Tower, which was shot with a 10x zoom after the P30 conference. The details of the steel bars are excellent. At this time, the S10 has a serious smear.

The P30 Pro can achieve 50x digital zoom, but when the camera is zoomed in to 50 times, it is not too easy to hold a photo by hand. The effect of using a tripod will be better. 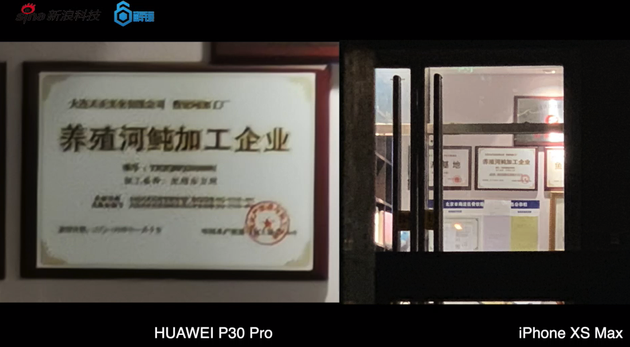 The photo taken on the left side of the P30 Pro 50x digital zoom, although not very clear, at the very least, the word can be recognized, compared with the maximum 10x zoom shot on the right side of the iPhone. 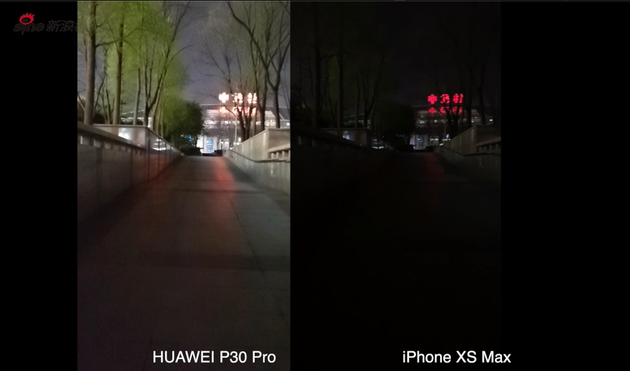 In the camera experience, we chose a darker place. The P30 Pro on the left is still quite obvious, but there is also a problem. The word "Zhongguancun" has been exposed. 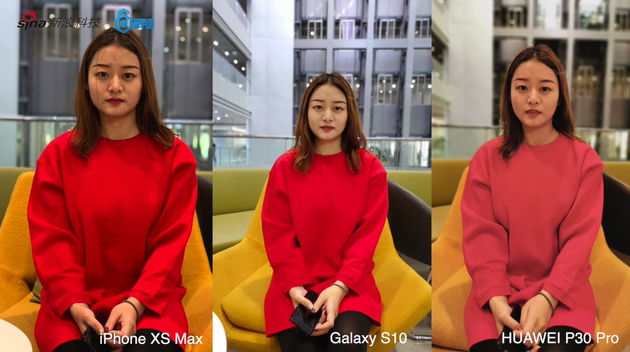 In portrait mode, the P30 Pro has a color cast. The reason is because the P30 Pro automatically turns on the Leica color mode in portrait mode. However, I still hope that the subsequent support can be turned off. 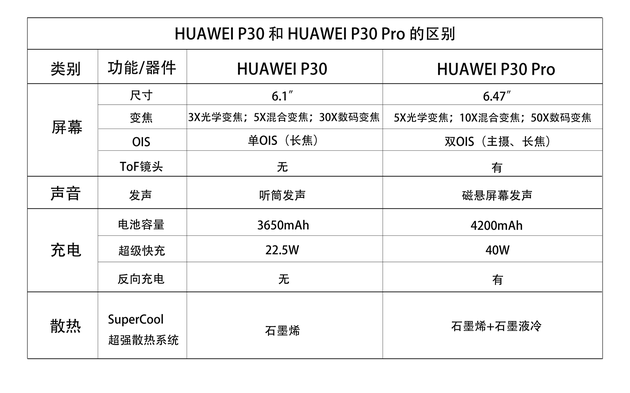 Comparison of main parameters of Huawei P30 and P30 Pro