3988 yuan from Huawei P30 series of the National Bank debut multi-faceted over the iPhone? 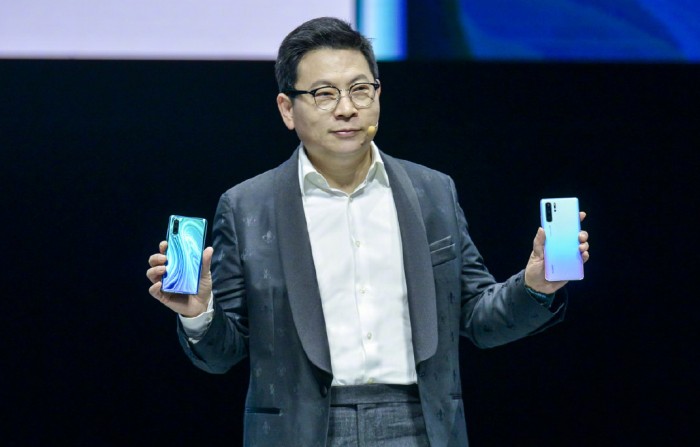 This conference was hosted by Huawei's consumer business CEO Yu Chengdong. In the opening session, he shared a large wave of international awards and media praises that the Huawei P30 series has gained since its debut in Paris. For example, Huawei P30 won the Oscar Award in photography, which is the World Imaging Association's grand prize: "The best shooting of the year.Mobile phoneYu Chengdong said that the P30 Pro surpassed the Mate 20 Pro and went to a new level to enter the "future image era."

Yu Chengdong gave a detailed introduction to the main selling points of Huawei P30 series. First of all, in terms of design, Yu Chengdong said that the P30 adopts the ultimate craftsmanship, and the whole machine is the latest generation than Apple.iPhoneAny model is more compact and the frame is ultra-narrow, especially the P30 Pro achieves a smaller bezel and a larger screen. The 6.1-inch P30 body width is much narrower than the iPhone XR, which is 4.3mm narrower. The 5.8-inch iPhone XS is very close. 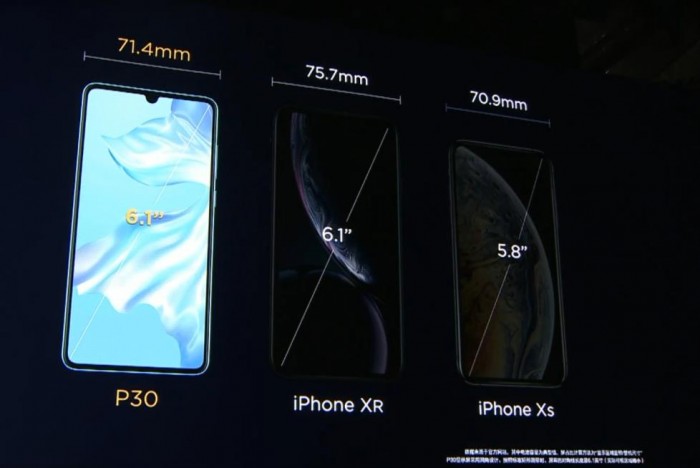 Yu Chengdong said that the P30 not only has a narrower border, but also has a larger battery, while the weight of the body is lighter, and there is no pressure on the hand for a long time. The P30 Pro also has a very large size. The 6.47 inch is a little wider than the iPhone XS Max screen. The width is a narrow 4mm. This is not easy, and the weight is lighter and better under the extremely compact design. The grip. 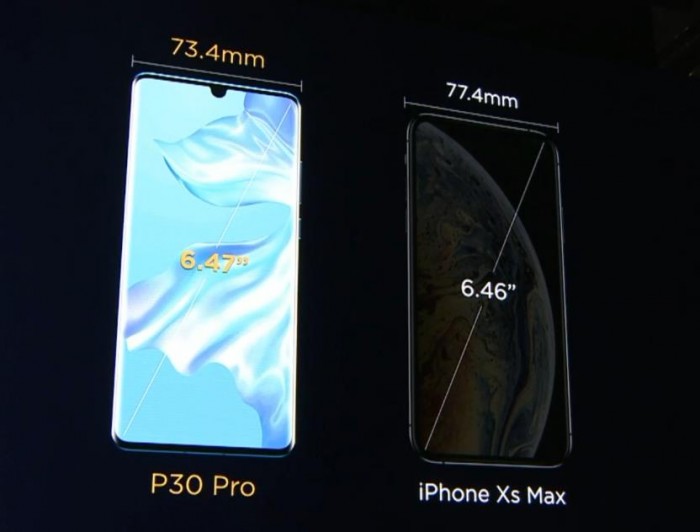 After the release of the P30 series, many people asked Yu Chengdong why the P30 Pro does not use a 2K resolution screen like the Mate 20 Pro. Yu Chengdong explained that in such a size of mobile phone, the resolution of FHD+ is enough for consumers to use. Compared with 2k, the benefits are lower power consumption, longer battery life and longer battery life. Value, so that more users can take longer to take photos. 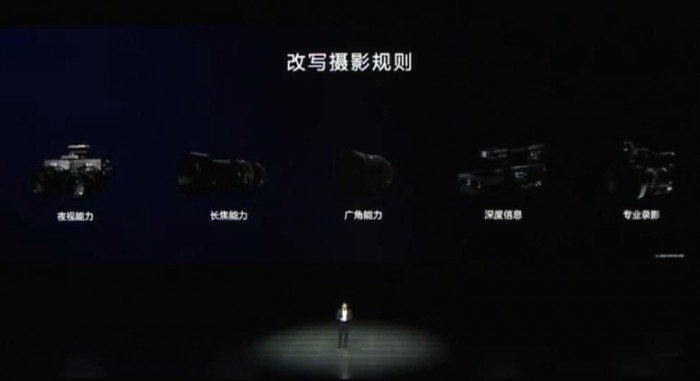 Yu Chengdong introduced the focus of the P30 Pro camera upgrade, which is the world's first Leica quad-based camera system, providing the world's first RYYB-based sensor and industry-leading sensor size, and is fully upgraded in ultra-high sensitivity and aperture. Refresh the boundaries of the moving image again. 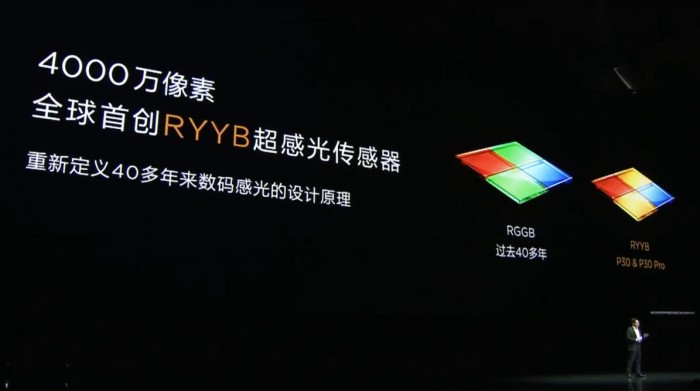 Yu Chengdong said that in the past 40 years, the RGGB sensor (red, green, green and blue) was used in the photography industry, but we use RYYB sensor (red, yellow, yellow and blue). Why use this? Because the RYYB sensor has more than 40% increase in light input compared to RGGB. The yellow message contains green and red. The color information is extracted and processed by the mobile phone's ISP, which can bring more than 40% of the incoming light, which is a huge improvement compared to the previous generation.

He went on to say that the P30 series uses a 1/1.7-inch sensor, which is the most critical element of camera enhancements, 125% larger than other flagship phones (iPhone XS Max and Galaxy S10 Plus) and much larger. At the same time, with the addition of RYYB two technologies, the ability of super-sensing is greatly enhanced. 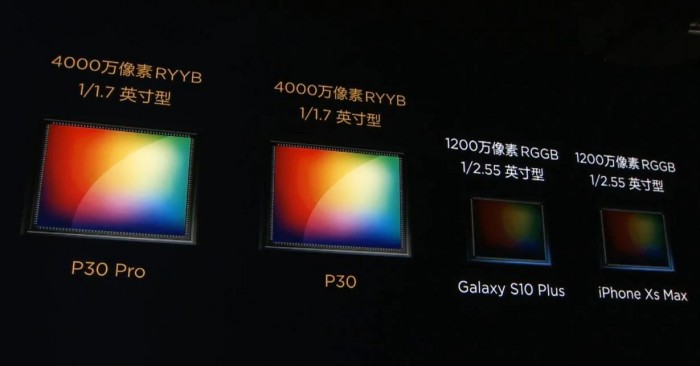 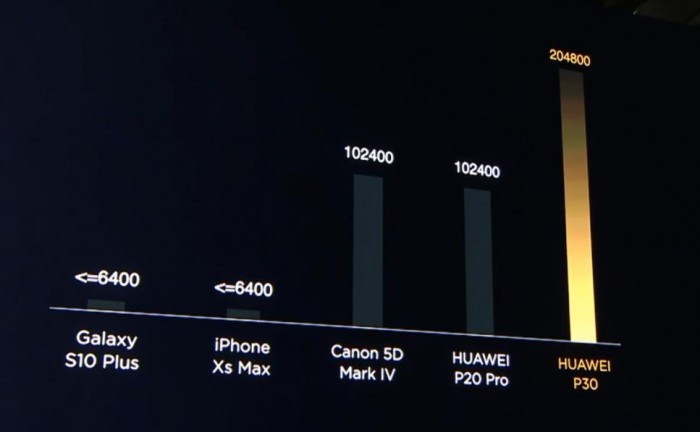 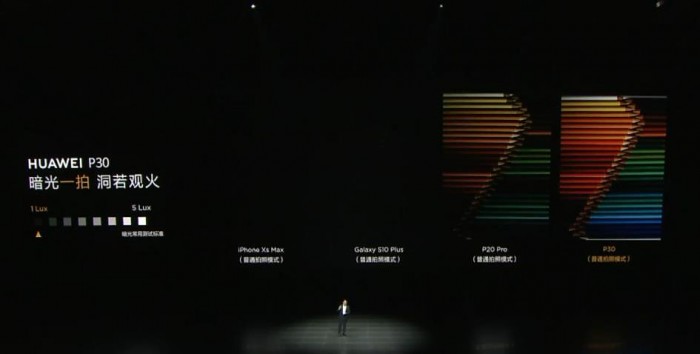 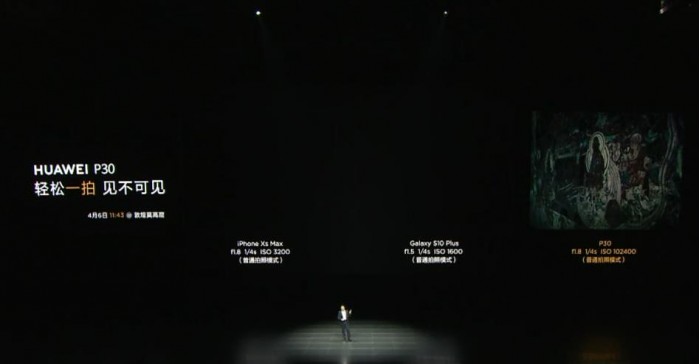 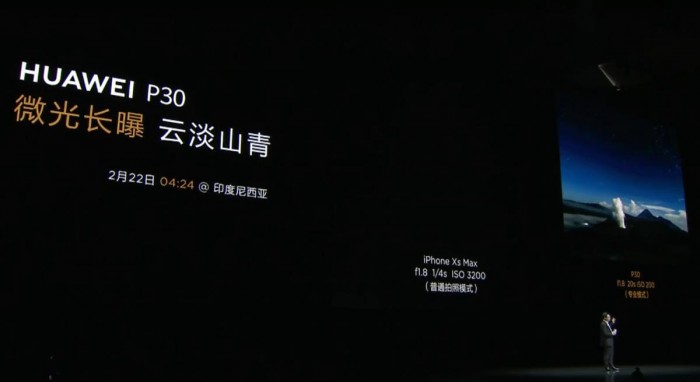 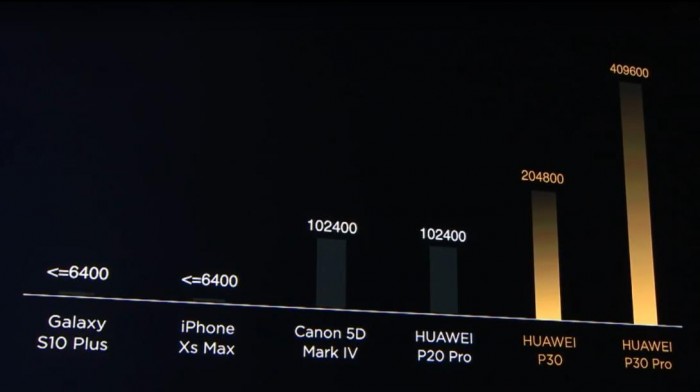 Not surprisingly, Yu Chengdong also prepared a sample comparison of the P30 Pro with the iPhone XS Max and Galaxy S10 Plus. As a result, the Huawei P30 Pro beats any competitor without flashing, and some even shot in normal mode instead of long exposure and night scene modes, including the Milky Way stars. 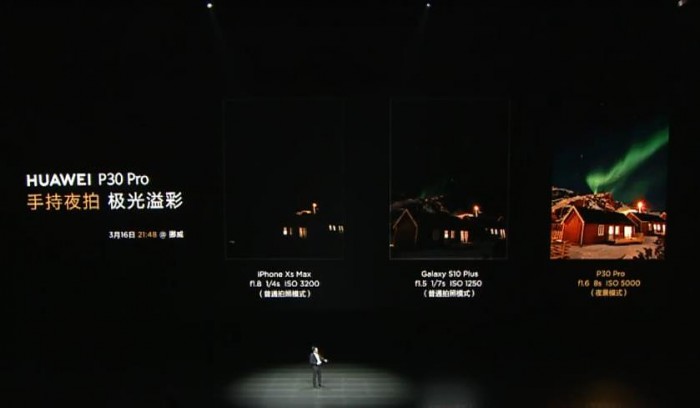 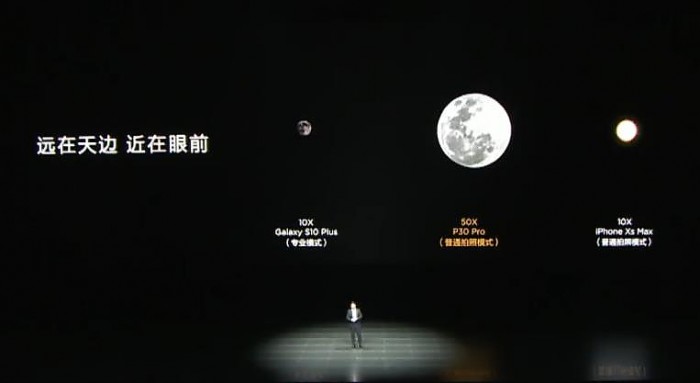 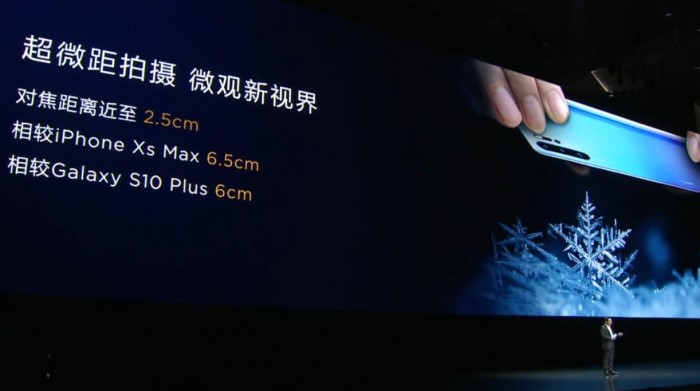 Yu Chengdong said that after the other flagship phones are close, there is no way to focus on the shooting, but the P30 series can be shot to achieve a "microscope" effect. The specific comparison sample is as follows: 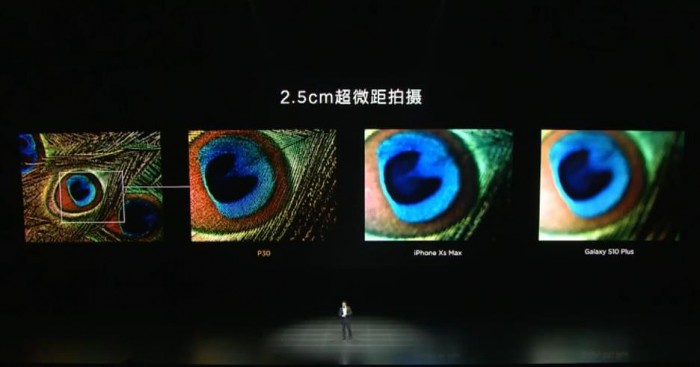 In short, in the DxOMark evaluation, the P30 Pro once again set a new record and reached a new height. The P30 Pro score reached 112 points, and the top four in the rankings were Huawei. 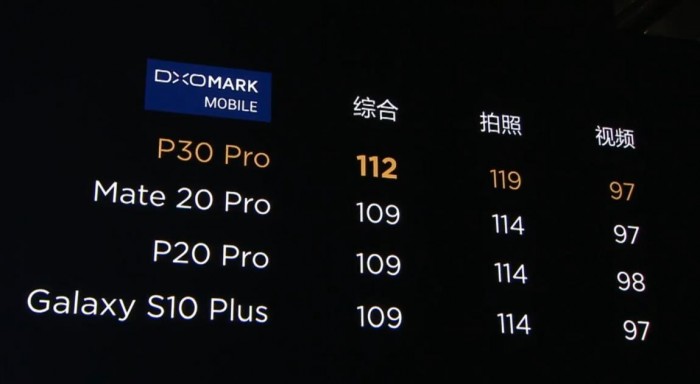 There is not much introduction in performance configuration. The P30 series is equipped with the same Kirin 980 chip as the Mate 20 series, mainly in software optimization, such as Huawei's constantly emphasized EROFS super file system, and improved random read performance after improvement. 20%, saving 14% of the space, but this time the conference Yu Chengdong focused on the revolutionary breakthrough of the "Ark compiler." 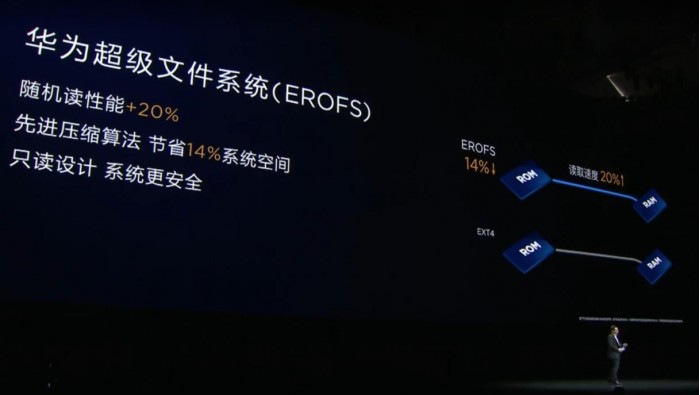 Yu Chengdong also called on the global app developers to use the Huawei Ark compiler as soon as possible to recompile the application. After no re-compilation and recompilation, the application's running speed and smoothness can be greatly improved. Yu Chengdong also announced that Huawei's Ark compiler is open source for the industry, which will be a very big milestone in the history of the Android operating system. 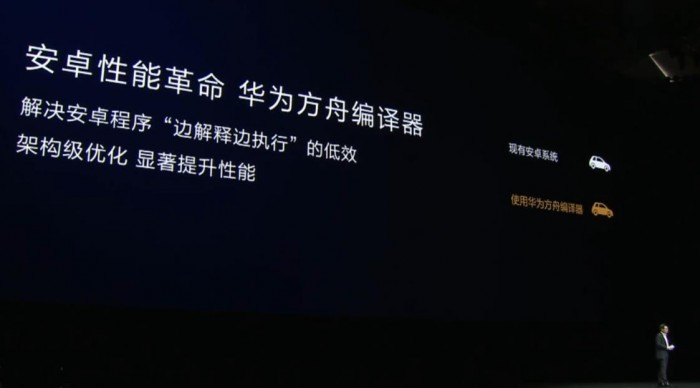 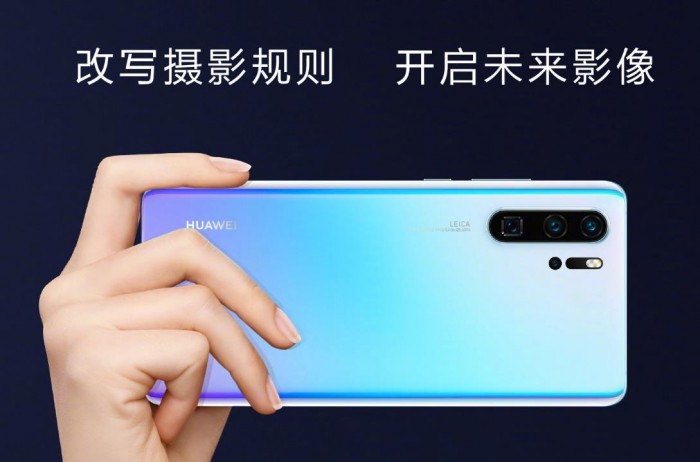 The main specifications of the Huawei P30 series are as follows. 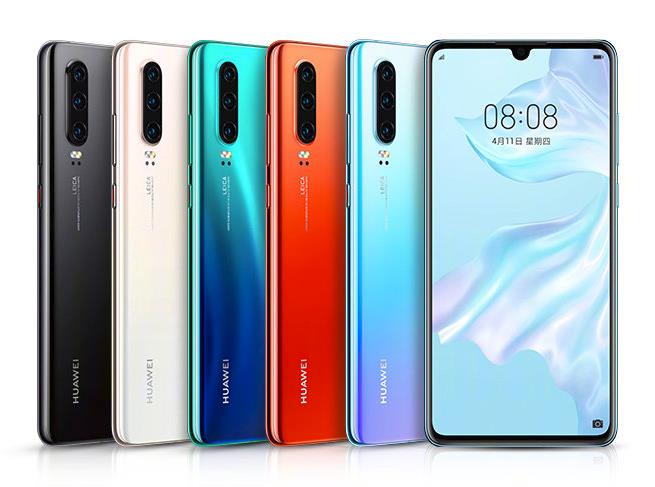 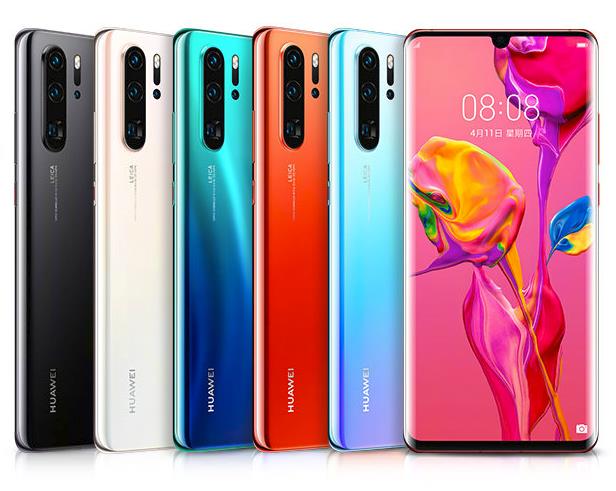