After five years, Facebook wants to integrate the Messenger message module into the main application. 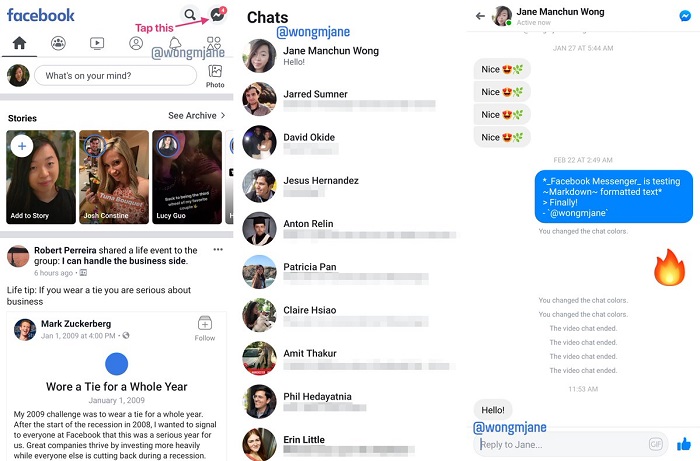 Once clicked, you can view the message directly within the app instead of jumping in a separate Messenger app.

It is reported that Messenger was first released as a standalone app in 2011. In 2014, Facebook removed the module from the main app of the same name.

Five years later, as Facebook is ready to integrate its messaging services into the Messenger, Instagram, and WhatsApp platforms, the feature seems to be returning.

As part of the program, Facebook maintains the independence of each app. Wong speculates that the Messenger app is also the case, after all, it and the Facebook main app can serve different audiences.

From the screenshots, the new FB app uses a refreshing interface design (first released in early March), which is closely related to the white background color change of Facebook Messenger earlier this year.

As for when the main Facebook app that re-integrated the Messenger message module is being pushed to the public, it is currently unknown.