The aircraft carrier is one of the most capable of demonstrating the capabilities of the country. The number of countries with aircraft carriers in the world is two hands. Among them, it can only be called combat strength, but not only the English, French, Russian, Chinese, A few countries.

The old days of the empire did not fall. After the embarrassing period of the invincible retired, the new aircraft carrier - the double-bridge "Elisabeth" has progressed relatively smoothly. Maybe you don't pay attention to the military. After the service, it is revealed that the flight control system of "Elizabeth" is still using the outdatedMicrosoft"Windows XP".

In order to prove that this is not a case, the British Guardian has reported that the British avant-garde ballistic missile submarine carrying 40 nuclear warheads and capable of causing tens of millions of casualties in an instant will also use the "Windows XP" operating system. 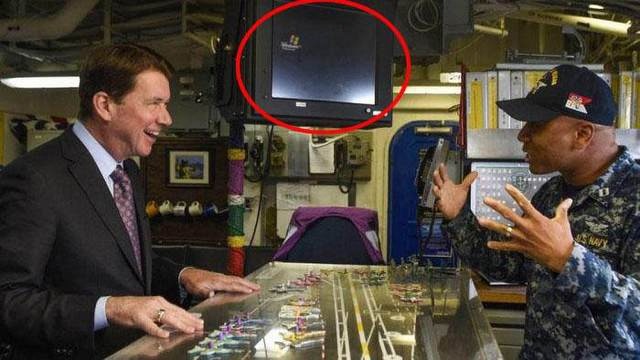 The Reagan aircraft carrier is also using the XP system.

Not just the United Kingdom, the US military, known as the "world beacon", was stationed at the Reagan aircraft carrier anchored in Yokosuka. I visited the largest military ship in the Asia-Pacific region. However, the photo shows that in the flight control department of the Reagan, the Windows XP system that was introduced in 2001 is still installed on the US military computer.

Many folks who have been on US warships also pointed out in the travel notes that there are a large number of display and control devices still using Windows XP system at the Alibaba class of the famous Aegis destroyer.

Seeing this situation should not only I want to ask, why? Is the XP system so easy to use?

Is the system not important for defense or is it unnecessary?

No matter from which angle you think about this problem, the importance of the system is unmatched by anything. The system determines the information communication, which is precisely the key to success on the battlefield. So why is the army keen to use an outdated operating system? The author pulled it away into two parts. First, the scale is huge, and the risk is not as good as “conservative treatment”. Secondly, it is difficult to cover all the needs of the arms.

As with the preparation, the carrier’s service cycle is long and the replacement is huge.

In the first aspect, not only the military, but also the government agencies, those who have relatively limited exchanges with the outside world and the long-term characteristics will generally adopt the XP system. The computer that is planned to change once in ten years, most of the hardware can no longer be carried. Moreover, the military's physique is complicated, and the unknown "grey zone" needs to be kept secret. Even if it doesn't involve hardware, it's better to replace the system with the next second. The information won't be made public. Instead of risking multiple risks, "conservative treatment" may be better.

The virus is also one of the potential hidden dangers

In the second aspect, the military is a complex system, from command centers to specific combat and transportation platforms to personal use. It is possible to use computers of different scales and levels for different purposes. For example, some control systems such as warships, or remote control systems for drones, etc., are only platforms. They communicate with related programs through fixed communication protocols, and any system can be used. There is no inevitable irreplaceability.

Once a large number of computing departments are involved, mainframes, aircraft carriers, warships, command centers, and other important critical data departments should use the Linux/Unix architecture to customize the operating system. Many computers directly involved in control may not be general-purpose operating systems. The parts that can be seen by the media or folks, even if they are not non-critical subsystems, must be computers that can meet the needs of the use.

Standing on Windows XP itself, its long life cycle, compatibility and stability have been tested exceptionally, compared to the later version of Windows 8/10, which is known to be more secure, XP has found The limitations have basically been corrected. If faced with newly discovered vulnerabilities, then other Windows with the kernel can't run. Basically, Microsoft has finished its own maintenance, and the national technology can continue to undertake technology, not to Microsoft. Opportunity due to interest 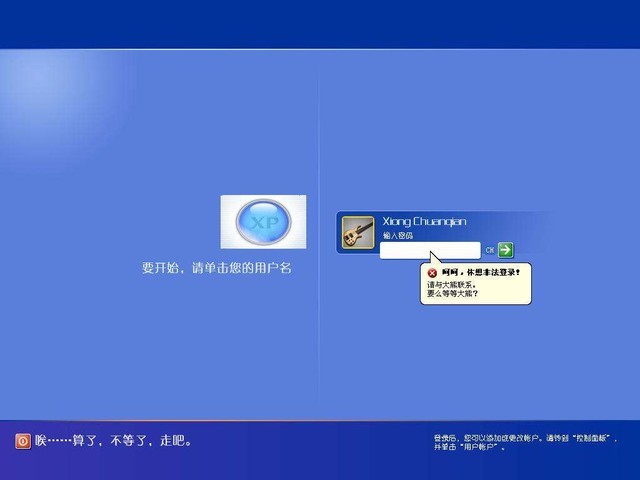 Windows underlying kernel has been upgraded for many years. Basic vulnerabilities can't run.

From the military level, the frequent update of Windows 8, 10 and other operating systems has basically denied the possibility of its entry into the military field. Such characteristics run counter to the defense-intensive defense, and the latter's newly enhanced security functions are also Mainly for the private sector, the efficiency of the interface UI level is not significant. The specific tasks of the military use their own custom software, which requires very low requirements for the system itself.

Of course, it is not excluded here that the special customized version of Windows 8/10 is optimized to remove the "anti-human" Modern application and network update features, but once this version is greatly reduced, the stability is not satisfied. Nature will not be welcomed.

According to different needs, Windows will appear customized version

The military struggle needs to involve a large number of calculations, such as comprehensive analysis of information such as intelligence, meteorology, electromagnetics, mission route planning, and higher-level weapon damage simulation. However, the industry has specialized, professional computers do professional things. Whether it is a combat ship or a civilian military organization, the daily use of the civilian general-purpose operating system not only has the convenience of reducing the learning cost of the users, but also the cost saving of avoiding the independent development of independent software and hardware. This phenomenon will inevitably exist for a long time.

Specific to many large combat ships and grass-roots military units, because the ship construction cycle and equipment renewal cycle need to go through the long process of design, experiment, qualitative, construction, and equipment, when the ship and equipment are in service, the electronic equipment is relatively behind the same period. The development of civilian facilities was originally a high probability event. Because the military is highly stable and subject to strict regulatory system characteristics, it is very difficult to change equipment and reform.

Combined with various factors, outdated Windows XP may become the longest operating system in the history of the major national military. Considering that the third-generation fighters that began service in the 1970s will be in service in many countries until 2030 or even longer, the possibility of analogy is not even low.

Related news
The most classic vs, the latest fashion compares Windows 10 to recall XP bit by bit
Hot news this week
Wechat has not done this function for N years! Use this app to make up for the defects of wechat
Gree's response to "being disqualified from winning the bid": a mistake made by the bidder in sorting out the materials
Apple wants to know: what do you do with the charging head of the old iPhone?
IPhone 12: it's more like throwing away the charger
ASUS main board leads Rog day fans Carnival highlights
Luo Yonghao comments on ideal one: Tesla Model 3 is not a car of a level at all
A 400-brand evacuation Facebook： the internet giant strangled?
The dotcom bubble? U.S. technology stocks surpassed their 2000 highs relative to the S & P 500
Tesla's warranty service suddenly shrinks: touch screen and media control unit halved to two years
Samsung and research team found a new semiconductor material: amorphous boron nitride (a-bn)
The most popular news this week
NVIDIA 451.67 video card driver release: fixing 23 bugs, saving 144hz HDMI display
Epic plus three: free 3 games and torch light 2 next week
How difficult is it for Tesla Model 3 owners to protect their rights when they speed up to crash into the muck and FSD is suspected to be reduced?
Tian Suning talks to Intel's former CTO: where is 5g's "killer app"?
Trojan program with the help of game download station again spread cloud control malicious module
China's first Ku band high-throughput broadband commercial communication satellite "Asia Pacific 6D" launched successfully
European Supreme Court: YouTube does not need to submit user information for publishing pirated films
NVIDIA surpasses Intel for the first time! A victory for fabless and AI
Duty free iPhones are delicious, but you should also pay attention to these "holes"
Google launches open usage commons IBM has objection to trademark transfer