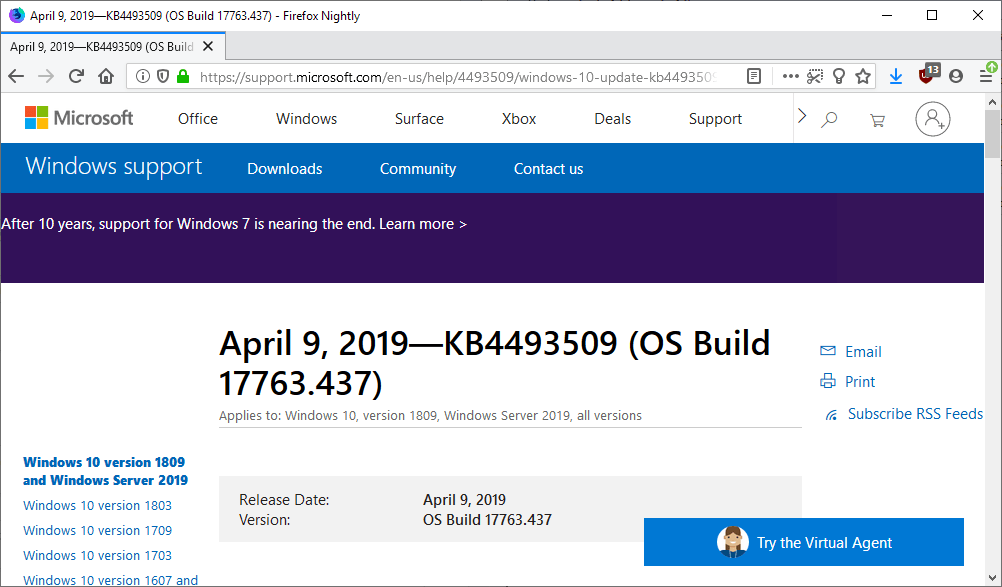 "Some operations (such as renaming) performed on files or folders on a Cluster Shared Volume (CSV) may fail with the error "STATUS_BAD_IMPERSONATION_LEVEL(0xC00000A5)". When you are from a process without admin rights to CSV all This happens when the node performs an action."

There are now two workarounds available before the patch comes out. Microsoft recommends that users perform operations from a process that has administrator privileges or from a node that does not have CSV ownership.

FollowingWindowsThis error was confirmed in the cumulative update of 10 (all released on April 9th):

To check the version number on your device, click the Start menu and type winver. If the build number matches the above content number, it means that you are running the latest version of Windows 10 and have installed the cumulative update available.

Microsoft has not yet provided the target release date for the fix, and the launch of the next Patch Tuesday will begin on May 14.