This topic has also attracted the participation of many Internet companies. They have expressed their views on the "996 working system" and pushed the event to a climax.

As one of the Internet companies with the highest market value in China, Alibaba's attitude toward the "996 working system" has received much attention from the outside world.

On April 12th, Alibaba published an article entitled "Ma Yun Tan 996" through the official micro-signal, emphasizing that although it is a controversial topic, but wants to express the most realistic ideas.

Ma Yun, chairman of Alibaba's board of directors, believes that 996 is a huge blessing. Many companies and many people think that 996 has no chance. Since China has chosen the number one company in China (referring to Ali), the first is to pay the price. .

"In this world, every one of us wants to succeed, we all want a better life, and we all want to be respected. I ask everyone, how can you achieve the success you want without surpassing the efforts and time of others?" Ma said I am very fortunate, I have no regrets 12x12, "Only you pay a huge price, one day is likely to have a return, you do not pay the price, you can not have a return."

When this remark was made, it received questions from thousands of netizens. Some netizens said: "Now that everyone pays so much and does not get a corresponding return, they will hate 996"; there is also a voice saying: "It makes sense. But it is illegal."

On April 14th, when Ma Yun talked about 996 again, there were some changes in his speech, his attitude was much milder, and he emphasized that "rational discussion is more important than conclusion."

In his official certification Weibo, Ma Yun pointed out, "We must listen to the words of "not listening", and even more people dare to say the truth of "not listening", young people should have the opportunity to hear the truth. He said that he did not defend 996, but paid tribute to the strugglers.

In Ma Yun's view, everyone has the right to choose their own way of working. Enterprises don't feel that paying can make employees 996; the real 996 is not simple overtime, not monotonous physical activity, and has nothing to do with exploitation. Real 996 should be spending time learning, thinking and self-improvement.

In dealing with the "996 working system",JingdongIt can be said that the action is greater than the words, and the company took action before the big voice.

At the beginning of March, netizens who claimed to be Jingdong employees said on a social platform that Jingdong will implement the "995" work system in the future, and it is "forced regulations." Some netizens said that the Jingdong fashion home platform business group even received "996". Notice of work system.

Subsequently, BOE confirmed this matter for all-weather technology, saying that hard work and passion are the DNA written in the blood of Jingdong. I believe that everyone’s happiness is struggling, and stresses that “it will not force employees to work overtime, but encourage everyone to Emotional input, efficient output." 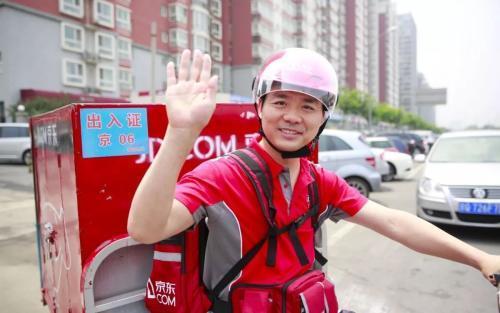 On April 12th, Jingdong Chairman and CEO Liu Qiangdong also mentioned his views on the “996 Working System”: “Jingdong will never force employees 995 or 996, but every Jingdong must have a fighting spirit! Now I can't work as hard as I did in the early days of the business! But with my physique, I can do 8116+8 (Monday to Saturday, 8:00 am to 11:00 pm, 8 hours on Sunday, two days per month) There will be a long vacation every year. There is no problem at all!"

"I enjoy the thrill of fighting! I want to find a group of brothers who are willing to fight for the ideal! And let their days go better and better!" Liu Qiangdong said: "The people who are mixed are not my brothers, really The brothers must be fighting together in the rivers and lakes, taking responsibility and pressure together, and enjoying the fruits of success together!"

Zhou Hongyi, Chairman and CEO of 360 Company, has a similar attitude with Ma Yun and Liu Qiangdong's views on the "996 System". They believe that they should not be enforced, but that employees should be driven by their own drive.

"I understand 996 so that you don't have to force employees. It is meaningless to force. 996 must be voluntary. It is from human nature, let the team get stocks, have the feeling of starting a business, let them enter 996." In an interview with the China Securities Journal, 996 must be voluntary. Each employee can have his or her own choice, and the entrepreneur 996 is a matter of course.

Zhou Hongyi also shared his thoughts on how to realize the concept of employees: "It is definitely not by preaching. I am not talking about entrepreneurship with employees. This sentence is very hypocritical. How to make employees truly enter the entrepreneurial state?" Small companies give stocks, and big companies rely on internal incubation innovation."

Zhou Hongyi revealed that the 360 ​​internal incubation startup will really bring the business or team to the entrepreneur. If there is ability, the company will even support its independent listing.

“The 996 itself is very difficult to make people insist on for a long time, so employees need to feel that they are working for themselves, rather than feel that they are working for the company.” Zhou Hongyi pointed out, “HuaweiAli's things can't be learned, only worship. The only thing we can do is to start from the human nature, let the team get the stock, have the feeling of starting a business, let them enter the 996. ” 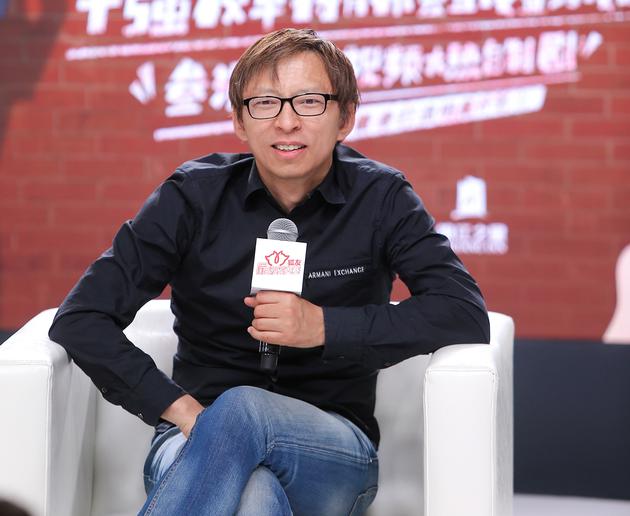 On April 15, Zhang Chaoyang, Chairman and CEO of Sohu Board of Directors, briefly shared his views on the "996 Working System" when interviewed by the media.

According to Sina Technology, Zhang Chaoyang said that Sohu is now demanding more and more employees. "Require employees to work diligently and treat their work as a very important part of their own duties. Each of us must survive in this world. If you do your job well, it is a professionalism."

He also pointed out that "Internet competition is particularly fierce, and this duty requires high time and investment requirements." However, Sohu does not have such a requirement for time, and still keeps rest on weekends, occasionally weekends. Will also meet.

As can be seen from his statement, Sohu does not have the "996 working system" requirement on time, and more is to let employees complete their work according to their own situation.

In a crowd of Internet,DangdangLi Guoqing, the founder of the network, can be regarded as the most "unusual" one. He clearly expressed his voice against the "996 working system", emphasizing that excellent enterprises are result-oriented and efficiency-oriented.

1, not a road every day, 11 hours of work, that love, family, social innocence, and this is the purpose of life, or the adjustment of high value for work.

2. Excellent companies are result-oriented and efficiency-oriented.

4, many positions, such as programmers, long time to seriously write 8 hours of procedures, go home to sleep basically, and the business level of 11 hours of meeting is not a work intensity.

5. Today's corporate office environment is often to reduce work efficiency. The West has tried for more than ten years and is working at home for one day a week. It is very effective for copywriting and editing. Not working, flexible working hours are more suitable for a batch of work, so a batch of soho (smallOffice, home office) appears, is a high-output freelancer.

6. Of course, I am also resolutely opposed to working 40 hours a week, and so many holidays.

Li Guoqing pointed out that he is in favor of picking up his sleeves and doing it, but it is hard work, skillful work, hard work, not inefficient time. 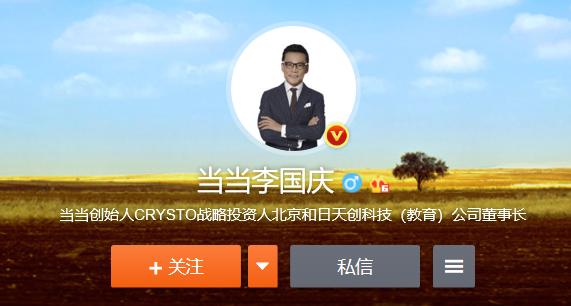 Related news
Internet screaming war 996: Ma Yun, Liu Qiangdong, Zhou Hongyi... Who are you standing?
Internet "worker" demonstration 996 will repeat the "sweatshop" mistakes?
WHO classifies game addiction as a disease
Huang E, CEO of Pingduo, has a fortune of 17.4 billion US dollars, making him the third richest person on the Internet in China.
"MA Seabuckthorn" opens Alipay to enter the beverage industry? The "ecological poverty alleviation mode" behind it is on
Hot news this week
Challenge the fierce rival Intel amd Su Zifeng: This is just the beginning!
Musk is going to blow up the rocket tomorrow
Huawei mate XS Ministry of industry and information technology access: equipped with Kirin 990 5g, better hinge / screen
Can't OEM 16nm chips for Huawei? TSMC: hard to estimate but ready for changes in export control at any time
Samsung Galaxy a71 5g exposure: equipped with exynos 980, square four shot
Magic mobile phone protection shell, match 20 Pro for sale, match 30 Pro for second change
NetEase cloud music and station B could be the only two accidents
Unsealed Taobao account in 980: no malicious refund
Samsung Galaxy a71 5g exposure: cheap "note10" with exynos 980 and square four shot
TSMC denies being pressured by the us to set up factories in the US: there is no final decision at this stage
The most popular news this week
NetEase cloud music and station B could be the only two accidents
President of Xiaomi International: Xiaomi still wants to enter the US market dominated by apple and Samsung
Over 80 million yuan of contract has been awarded to golde infrared for the application of self-developed chips in the prevention and control of pneumonia
Huawei Developers Conference Announces Extension: Change to Live Online as a New Pneumonia Epidemic
Microsoft chromium edge stable edition ushers in the "new tab" after function improvement
Huawei P40 Pro toughened film spy exposure: the effect of increasing screen curvature is worth looking forward to
DxOMark announces iPhone 11 score: 109 points, just equal to Huawei P20 pro of the year before
Google and Mozilla are sending cake to Microsoft's new edge team
Samsung Galaxy S20 series is expected to debut on March 13: simultaneous exposure of price information
Google released the most powerful 1 / 3 brain map of Drosophila, with 25000 neuron connections accurately located!